Elizabeth Magie: The Inventor Of Monopoly Who Tried To Teach Us Progressive Economic Ideas

The Inventor of Monopoly Elizabeth Magie designed the game to reveal the dangers of land-grabbing, but we all learned the wrong lesson from it. 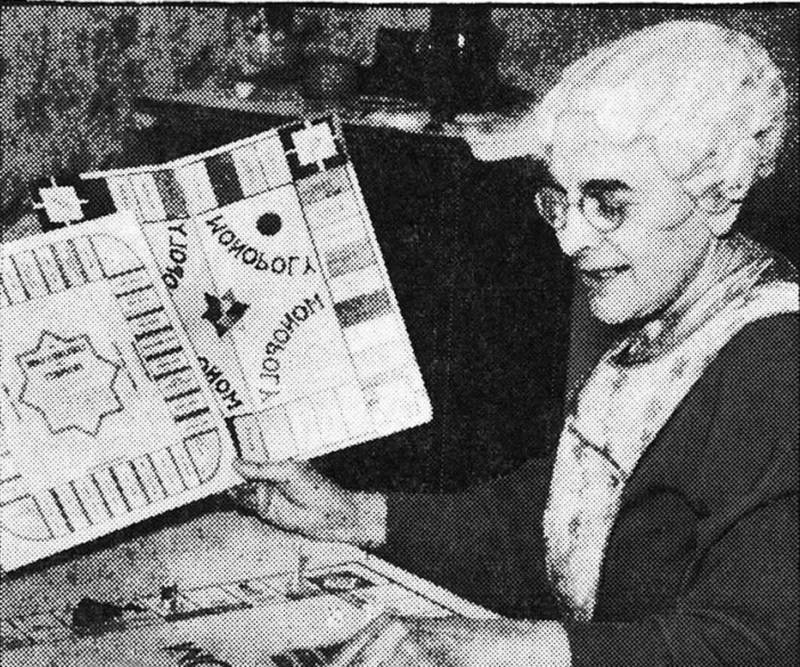 Wikimedia CommonsElizabeth Magie, the inventor of Monopoly. Circa 1930s.

She may be the woman who invented Monopoly, but few know the name Elizabeth Magie today. What’s more, the progressive economic message that inspired the classic board game is now all but forgotten as well.

This is the little-known story of the board game that tried to teach us the dangers of land-grabbing but then became something entirely different.

Elizabeth Magie’s Early Life And The Influence of Henry George

Elizabeth Magie, also known as Lizzie Magie, was born in Illinois in 1866, just after the end of the Civil War. Her father, James Magie, was a newspaper publisher who had traveled around Illinois with Abraham Lincoln in the 1850s while the future president was engaged in his now-famous debates with political rival Stephen Douglas.

James Magie became a rather popular and fiery public speaker himself — an ability his daughter would proudly inherit. As Lizzie Magie recalled, “I have often been called a ‘chip off the old block’…which I consider quite a compliment.”

A confident rhetorician, the young Elizabeth Magie took a rather unique path for a woman in the late 1800s. Rather than trying to find a husband as soon as possible (she did not marry until she was 44), she worked as a stenographer by day and by night performed in comedies on stage, where she reportedly drew huge laughs from the crowd. At least until Elizabeth Magie became the answer to the question, “Who invented Monopoly?”

Her father influenced not just her penchant for public performance, but her politics as well. James Magie had run for office, and lost, on an anti-monopoly ticket in Illinois in the years soon after the Civil War (the exact date and office remain unclear). Furthermore, James Magie gave his daughter a copy of economist Henry George’s 1879 book Progress and Poverty, another anti-monopolist influence that had a decided impact on young Elizabeth Magie.

Henry George theorized that although people should be able to own anything they created, land belonged to everyone, and no one person should be able to profit from owning it. He proposed abolishing all taxes except for what would be a single tax to impose only upon “idle landowners.”

Given her creative background, Elizabeth Magie came up with an idea for a board game that would make Henry George’s ideas accessible to the public: The Landlord’s Game.

Although The Inventor Of Monopoly, Lizzie Magie Wasn’t In Favor Of Land-Grabbing 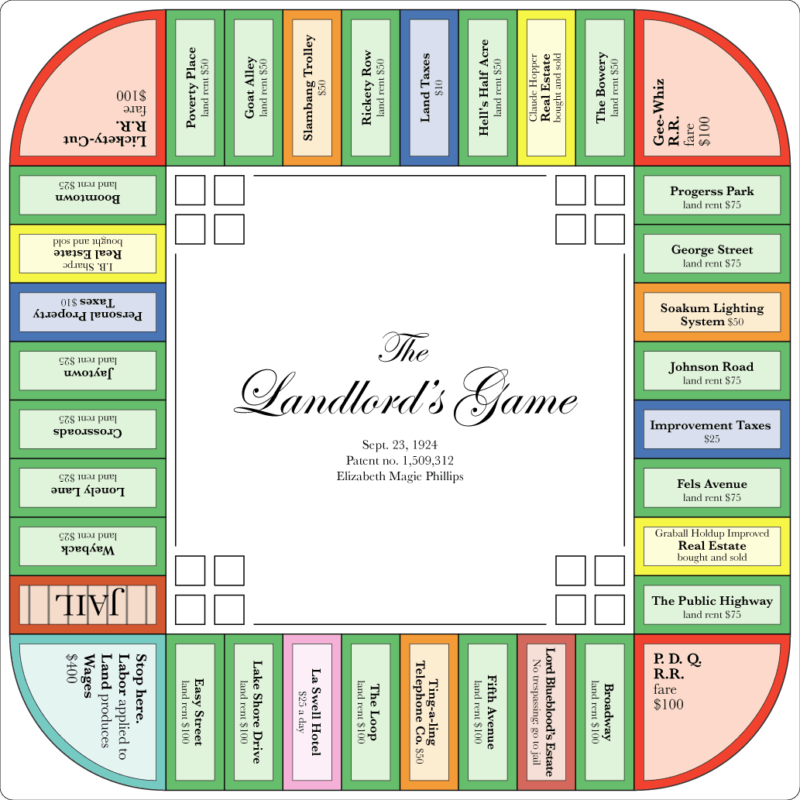 As Lizzie Magie, the inventor of Monopoly, once said, her new board game was “a practical demonstration of the present system of land-grabbing with all its usual outcomes and consequences.” What’s more, it was partly a protest of the big-name American monopolists who, at that time, held a great deal of the country’s wealth in their grips (steel tycoon Andrew Carnegie and oil baron John D. Rockefeller among them).

But, Elizabeth Magie’s original 1904 version of the game (which she dubbed “The Landlord’s Game”) differed quite a bit from the Monopoly game that is so popular today.

Instead of circling the board trying to collect as much property as possible, players of Elizabeth Magie’s The Landlord’s Game could play under two different sets of rules. The “monopolist” rules (which resemble the modern version of the game) set the end goal of building monopolies and “crushing” opponents, while the “anti-monopolist” rules rewarded all the players who generated wealth.

The two different ways of playing the game were meant to demonstrate that the creation of wealth from which all could benefit was a superior economic system to one that allows monopolies.

The instructions of the 1924 version of The Landlord’s Game states the real objective: The game’s object was not only amusement, “but to illustrate to [the players] how under the present…system of land tenure, the landlord has an advantage over other enterprises.” 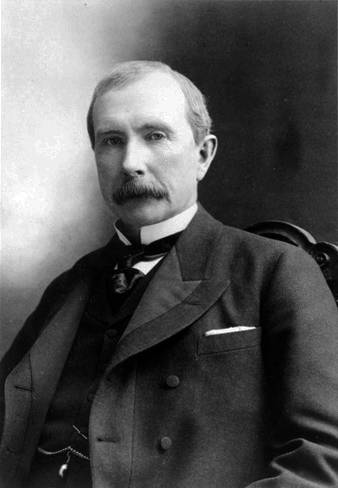 Although The Landlord’s Game was popular among left-wing academics, it never really gained traction among the general public (even though Lizzie Magie revised and patented four different versions of the game). It wasn’t until inventor Charles Darrow came to Parker Brothers with his modified version of the game in 1935 that it really took off.

Parker Brothers bought the rights to Elizabeth Magie’s monopoly-focused game (potentially to head off any copyright lawsuits) for $500; although she received no royalties, Parker Brothers did also promise to produce a few hundred of the original The Landlord’s Game as well.

However, of course, it was the monopolistic version of Elizabeth Magie’s landlord game — and not her anti-monopolist version of the game — that became popular, and so she made virtually no money from it.

In a 1936 interview piece with Elizabeth Magie, The Evening Star wrote: “If the subtle propaganda for the single tax idea works around to the minds of the thousands who now shake the dice and buy and sell all over the ‘Monopoly’ board, she feels the whole business will not have been in vain.”

In some ways then, Elizabeth Magie’s efforts may not have been in vain. As of the game’s 80th anniversary in 2015, 275 million copies of Monopoly have sold to players all over the world.

But just how many of those players have actually thought about the anti-monopolist message Lizzie Magie sought to share with the game’s origins in The Landlord’s Game while rolling the dice and having fun, we’ll never know.

After this look at Elizabeth Magie, the woman who invented monopoly, discover the stories of eight important women inventors who never got the credit they deserved. Then, learn how Allied prisoners used Monopoly to escape from Nazi POW camps during World War II.