How John Colter ventured into the uncharted West with Lewis and Clark, explored Yellowstone before any non-Native, and survived being hunted for sport by Blackfeet warriors. 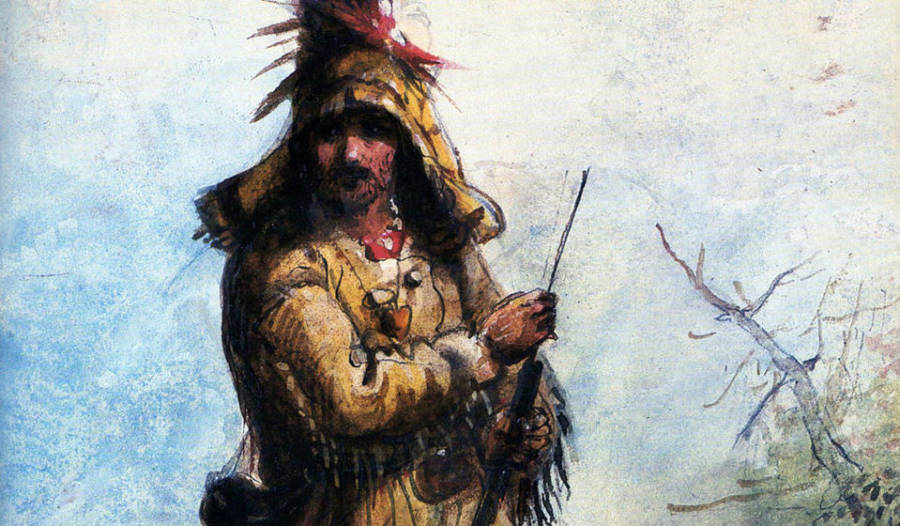 Like any other legendary figure, John Colter’s story remains somewhat shrouded in mystery and uncertainty. But what we do know of this 19th-century mountain man’s story makes for a breathtaking tale of survival in the deep wilderness at the heart of the American West.

John Colter was most likely born in Virginia sometime around 1775. But, ultimately, almost nothing is known about his early life. He really only enters the historical record with any certainty around 1803 in Maysville, Kentucky.

Colter was there responding to an advertisement recruiting, “good hunters, stout, healthy, unmarried men, accustomed to the woods and capable of bearing bodily fatigue in a pretty considerable degree,” for an expedition into the West.

The men organizing the expedition were none other than Captain Meriwether Lewis and Lieutenant William Clark. The United States had just finalized the Lousiana Purchase, buying enough land west of the Mississippi from the French to effectively double the size of the country. Now, Lewis and Clark were tasked with finding out what exactly the U.S. had just bought. 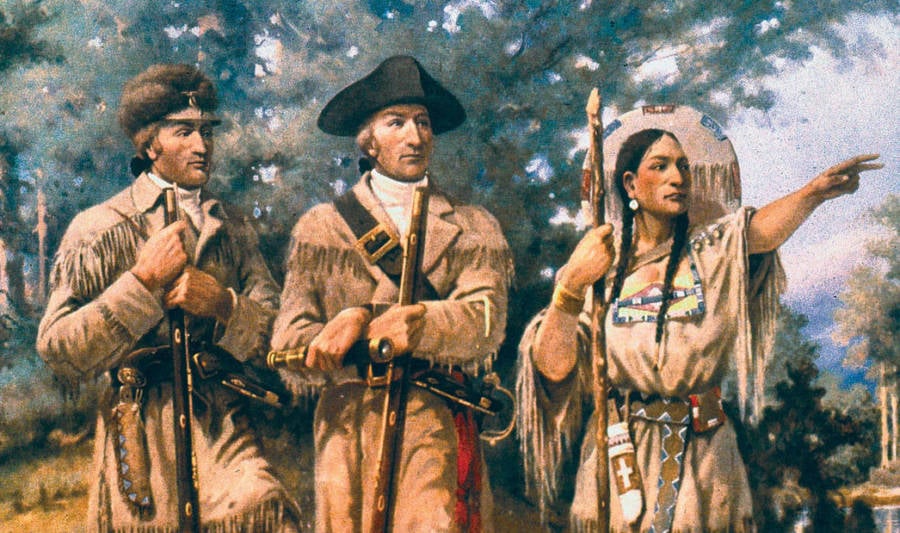 Colter must have had some experience with surviving in the wilderness — or at least been able to lie convincingly if not — because Lewis and Clark decided to take him on their expedition. Colter was enlisted as a private at $5 a month.

However, military discipline doesn’t seem to have suited him at first. He and several other men were punished shortly after signing on for visiting a local grog shop and coming back to camp drunk.

Nevertheless, for the next few years, Colter traveled with the party deep inside the American continent, mapping rivers and making contact with Native American tribes.

Finally, in August 1806, the party encountered two fur trappers who had set out from Illinois. They were heading for the Yellowstone River in the area of present-day Montana and Wyoming to try their luck out there. Perhaps wanting to make some money selling fur, Colter asked for permission to go with them. They said yes and Colter set out with the trappers.

Whether or not they had the luck they were looking for isn’t clear from the historical record. In fact, John Colter didn’t reemerge onto the pages of history until the following year, when he encountered another group of trappers led by a man named Manuel Lisa paddling own the Missouri River.

Lisa recruited Colter for another expedition he was leading back up the Yellowstone River, where they began to construct a fort roughly in the same area as modern-day Yellowstone National Park.

Exactly what happened next is hard to say with any certainty.

In one account, Lisa dispatched John Colter to make contact with the Blackfeet Native American tribe nearby and open up a system of trade. But before he found the tribe, he fell in with a group of Crow Native Americans. That party was then attacked by a party of Blackfeet, who were traditional enemies of the Crow. In self-defense, Colter joined in the fight and was wounded.

Colter then spent a few weeks recovering at the fort before setting out on another trading mission, although there are other accounts that disagree on exactly when this first fight took place and whether or not Colter returned to the fort afterward.

Whatever the case, sometime around 1808 Colter found himself traveling by canoe along the Jefferson River in present-day Montana with another veteran of the Lewis and Clark Expedition, John Potts. While camping along the shore of the river, they were spotted by a party of Blackfeet. Presumably, the Blackfeet either recognized Colter or were simply suspicious of trappers after seeing one fighting with the Crow.

The Blackfeet attacked as Potts and Colter scrambled for the canoe. As they pushed it into the water, Potts was struck by an arrow and collapsed. Colter, realizing that there was no way to escape, told Potts that they should surrender. Instead, Potts raised his rifle and killed one of the Blackfeet.

Potts was instantly struck by a storm of arrows. According to Colter, “he was made a riddle of.” The Blackfeet warriors made their way down to Potts’ body, which they began to mutilate. Colter was now alone and surrounded by a hostile tribe of warriors. 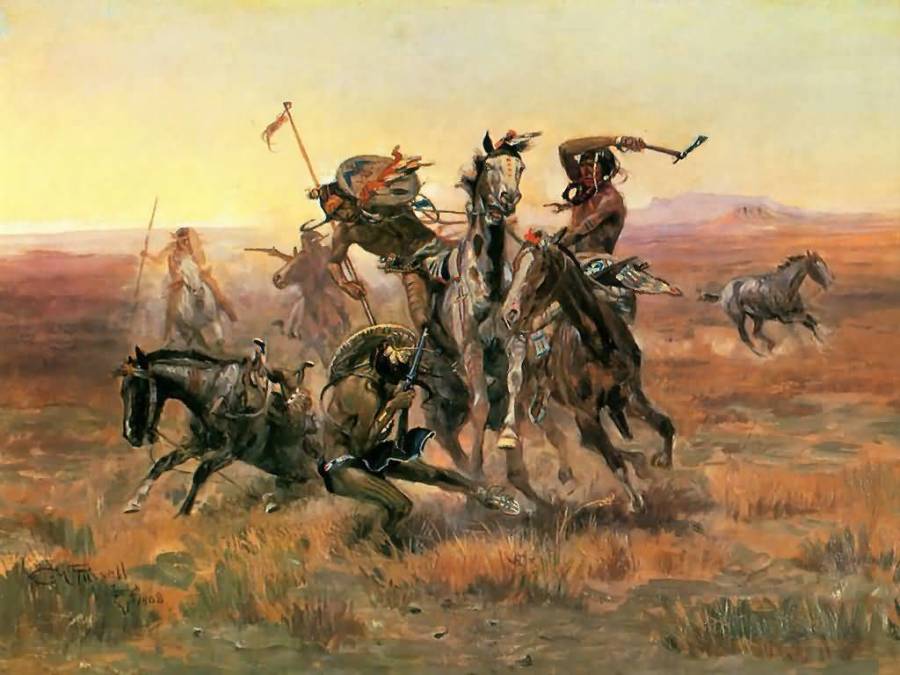 John Colter understood some basics of the Blackfeet language thanks to his time traveling with the Crow. So he listened as the Blackfeet argued about what to do with him. At first, someone suggested tying him up and using him as target practice. But one of the elder warriors had a better idea.

He informed Colter that they were going to hunt him.

Colter was disarmed and stripped naked before being led a few hundred paces away from the war party to give him a head start. The Blackfeet told Colter to run as fast as he could.

John Colter took off across the prairie with the cries of the hunters following him. To his own surprise, Colter began to outpace the Blackfeet. However, he knew he couldn’t keep up the pace forever. His only chance was to make it back to the river and hope to find a place to hide.

Colter then doubled back towards the banks of the river. But when he looked over his shoulder, he saw a single warrior ahead of the rest, spear in hand. Soon, he heard the sound of footsteps closing in on him. Suddenly, he stopped and turned.

The move surprised the warrior following him, who, as exhausted as Colter was, stumbled while trying to throw his spear. The spear hit the ground and broke. Colter quickly snatched up the sharp end of the spear and drove it into the Blackfeet warrior.

A cry went up from the rest of the warriors closing in as Colter ran towards the river and dove in. He swam underneath the water and came up under a pile of loose logs (or a beaver dam, according to another account). The Blackfeet then spent the rest of the night looking for Colter before finally giving up and leaving.

Colter had escaped, but he was far from safe. He was naked, his feet were torn to shreds by the chase, and he was hundreds of miles from the nearest outpost of civilization. But living on nothing but edible weeds, Colter somehow managed to make it back to Lisa’s fort. 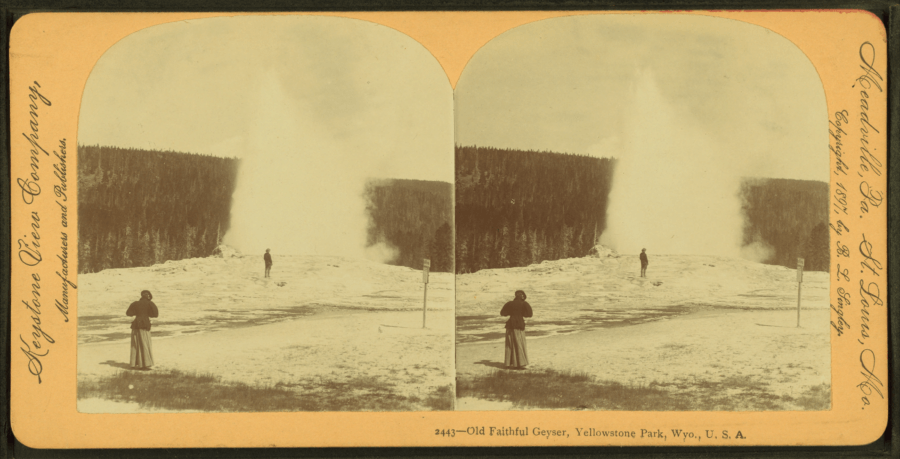 After returning from his ordeal, John Colter spent another few years in the mountains exploring many areas in the Tetons and Yellowstone that no non-Native had ever seen before. He finally decided to return to the East in 1810, swearing that he would never travel to the mountains again.

The Colter that emerged from the wilderness wasn’t the same man who had set out from Kentucky just seven years before. According to a friend who knew him around the time, he “wore an open, ingenious, and pleasing countenance of the Daniel Boone stamp. Nature had formed him, like Boone, for hardy endurance of fatigue, privation, and perils.”

Colter soon settled down and married, but he would only live another three years before dying of jaundice circa 1812-1813.

John Colter’s life passed quickly into legend, and it’s tempting to dismiss his story as just that. Many historians do, in fact. There’s little evidence to support much of Colter’s story beyond a few secondhand accounts. But there is one tantalizing piece of evidence that supports part of Colter’s story. 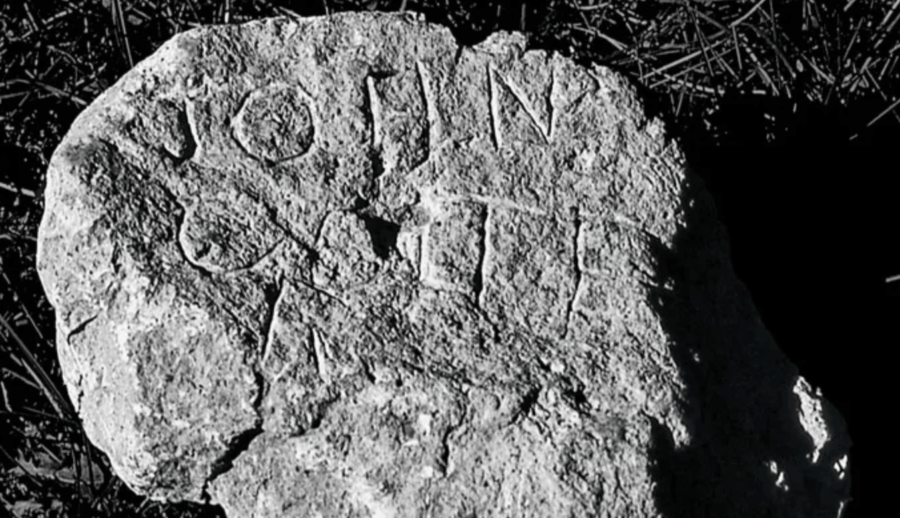 Sometime between 1931 and 1933, a family digging near Tetonia, Idaho uncovered a small piece of stone carved in the shape of a head. Etched into the stone were the words “John Colter 1808.” If the stone was carved by Colter, then it suggests that the man did at least venture this deep into what was then uncharted territory.

Today, the “Colter Stone” rests inside a museum in Wyoming’s Grand Teton National Park, where it remains a fitting tribute to this one-of-a-kind American legend.

After this look at John Colter, check out more incredible survival stories like those of cannibal mountain man Liver-Eating Johnson and Tami Oldham Ashcraft, the woman who inspired Adrift.