George Fitzhugh was a slave-owner and sociologist who had some oddly egalitarian defenses of chattel slavery. 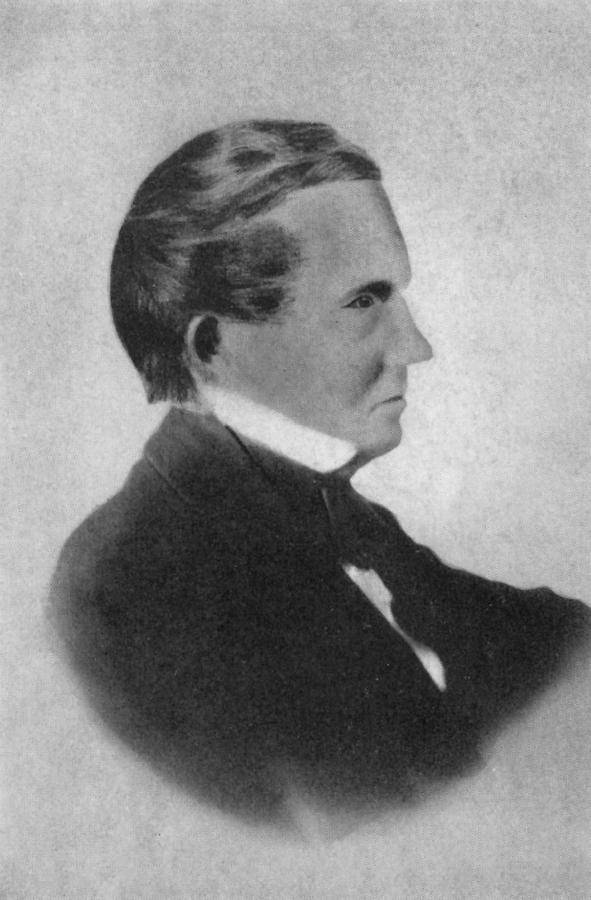 Encyclopedia VirginiaGeorge Fitzhugh was one of the more radical writers of the Antebellum South.

Modern audiences will usually find more than a few lines to cringe at when reading some of the views espoused by the pro-slavery Southerners in the Antebellum era. George Fitzhugh, a Virginia “pro-slavery intellectual,” voiced some particularly radical ideas.

Although George Fitzhugh said that “the negro race is inferior to the white race,” he viewed slavery as a practice that was more for the slaves’ own good than anything else.

Taking what he imagined must have been a kindly tone, in his 1850 Universal Law of Slavery he stated that “the Negro is but a grown up child, and must be governed as a child, not a lunatic or criminal.” Taking the view that blacks simply did not have the mental capacity to function as adults, Fitzhugh argued that it was the responsibility of white slave-owners to act as de facto parents.

Fitzhugh claimed that “the negro slaves of the South are the happiest, and, in some sense, the freest people in the world.” No matter to Fitzhugh that these slaves could not marry, vote, or own property, the crux of their liberty lay in the fact that children and sick slaves did not work at all, women “do little hard work” and the men and “stout boys” worked “on the average…not more than nine hours a day.”

Thus in exchange for a little labor (since nine hours picking cotton in the Southern sun seemed to Fitzhugh to require little effort at all), these slaves had “all the comforts and necessaries of life provided for them” and didn’t need to worry their childlike minds with the details of running a farm, since that duty fell to their cleverer masters. 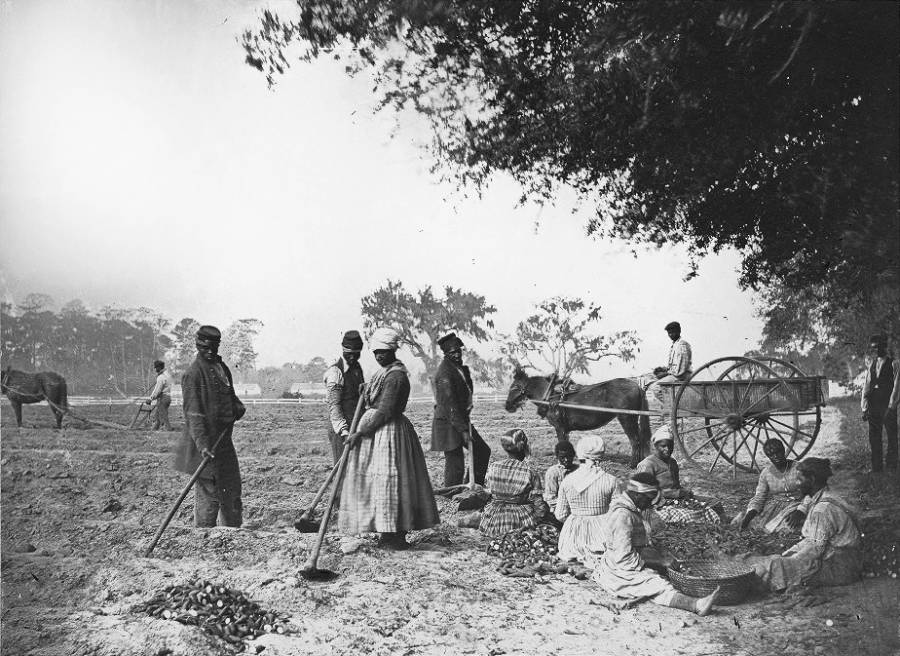 Wikimedia CommonsFitzhugh argued that Southern slaves, such as those pictured here in Virginia in the 1860s, were actually better off than free “Yankee” laborers.

In his 1857 essay Cannibals All!, Fitzhugh took aim at the “wage-slavery” prevalent in the North.

He contended that whereas Southern slave-owners had a vested interested in the continued health and well-being of their slaves as property, the Northern laborer’s situation was less preferable. His reasoning was that “wage slaves” were merely interchangeable cogs. If a factory worker became injured or ill for an extended period of time, his boss would replace him with someone else, and at more or less the same cost as the last person. To the boss, nothing changes, but to the laborer who lost his job, everything has changed.

But if a chattel slave becomes sick or injured, argued Fitzhugh, then it’s in the master’s best interest to see that the slave becomes well as quickly as possible. Since the master owns the slave, to replace him would be mean to incur additional costs.

Unsurprisingly, George Fitzhugh had a very grim view of the North. He decried Yankee laborers as “men who kill their wives or treat them brutally, [who] must be ready for all kinds of crime.” This was in contrast to black slaves, who were fortunate to live in a system that “Christianizes, protects, supports and civilizes [them]; that it governs him far better than free laborers at the North.”

However, Fitzhugh was careful to point out that he didn’t necessarily think slavery should be a matter of race. In fact, in his 1860 work Horace Greeley and His Lost Book, the only people Fitzhugh though unsuitable for slavery were “the North American Indians, the Bedouin Arabs, the Macedonians, and other mountain and insular nations, who live by theft, robbery, and piracy.” Fitzhugh thought there was no hope of domesticating these “indomitable” and “savage” populations and that they were ill-adapted for slavery because they didn’t have “the capacity to submit to rule, government and civilization.”

However, Fitzhugh went on to note that “the Yankee is not a savage, untamable animal.” Surprisingly for the period, he did not think that whites were unsuitable for slavery.

On the contrary, he argued that “it is a libel on white men to say they are unfit for slavery” since the whole institution was simply “domestication and civilization.”

Of course, white Southerners were not destined for servitude, but those those pesky free laborers up North would make ideal slaves. Fitzhugh instructed, “Catch [the Yankees] young, train, domesticate, and civilize them and they would make as faithful and valuable servants as those indentured servants which our colonial ancestors bought in such large numbers from England.”

George Fitzhugh’s views were certainly unique in the Antebellum. Although many of his countrymen might have shared his view about the inferiority of blacks, the idea of white slavery in America was not an appealing selling point for his ideology.

His writings were not very widely read after the start of the Civil War, and eventually both they and their author faded into obscurity.

Next, read three letters from former slaves to their old masters. Then learn about the dark side of George Washington.