"She sang them differently every night." 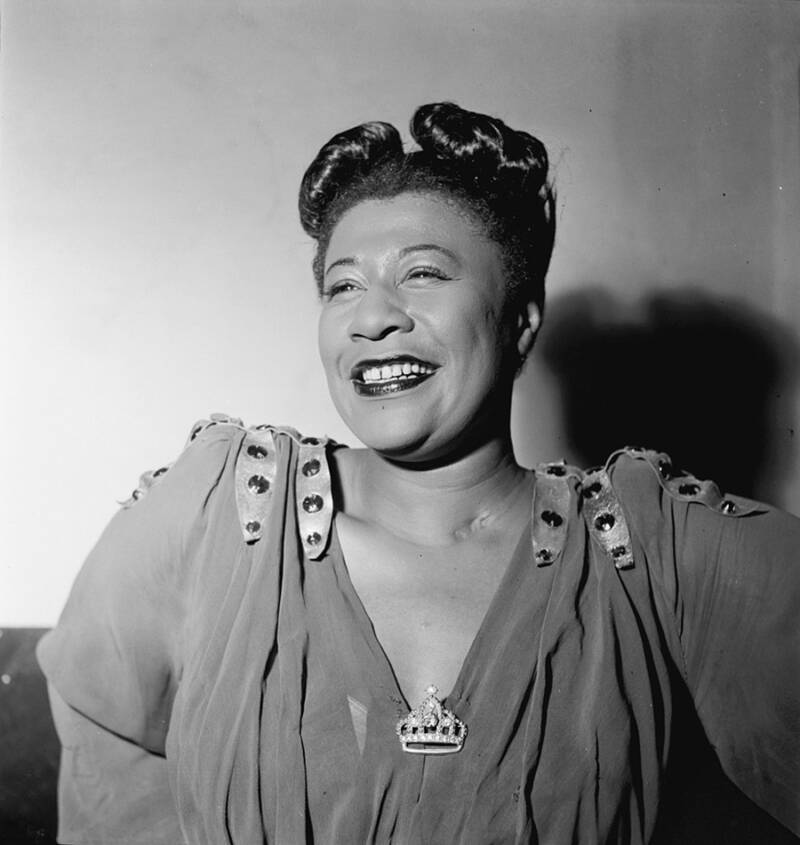 Wikimedia CommonsA recording of a live performance by Ella Fitzgerald was finally found after being hidden for 60 years.

Deep in the forgotten archives of a music manager, an unexpected treasure came to light: a crystal clear tape recording of Ella Fitzgerald’s 1962 show in Berlin, Germany. The tapes had been lost for 60 years since the ‘Queen of Jazz’ took the stage in the European city.

Now, music fans will finally be able to enjoy an incredible performance that was nearly lost to time.

According to Grammy.com, the forgotten Fitzgerald recording, dubbed the ‘Lost Berlin Tapes,’ was uncovered by two veterans of the music industry: Ken Druker, Vice President of Catalog at Verve Records, and drummer and producer Gregg Field.

The two had no idea that the tape even existed. It wasn’t until they were alerted to an untouched archive of the music icon’s work by Richard D. Rosman, a caretaker of the Fitzgerald estate, that they took on the task of recovering the forgotten audio recording.

The recording was found on a reel-to-reel with yellowed Scotch tape still holding the box shut. Of course, they had no idea what to expect when they first played the tape back.

“The information written on it certainly wasn’t complete, so it was kind of a crapshoot of what was on it,” said Druker of the uncovered recording. “But the tape was in very good shape and when we listened to it we recognized immediately it was an incredible performance. It was very exciting.”

The tape turned out to be an audio recording of Fitzgerald’s second live performance at Sportpalast Arena in Berlin. The show was a triumphant return for the singer whose 1960 show in the city resulted in the live album Ella in Berlin which snatched two Grammy awards.

Fortunately, the recording had been made in both mono and stereo which allowed music engineers to easily isolate the instruments from the singer’s voice, bringing Ella to the forefront of the recordings without compromising the sound. They also used state-of-the-art music technology which helped the remastering process.

“On the original tape, Ella’s voice was a little thin in the mid-range and the piano and drums were panned hard left and hard right, which is very old school. I was able to bring her more forward and brought up the bottom so you can even hear fingers on the strings. The result is that Ella’s much more in the room with you.”

But how did the recording get lost in the first place? According to Field, a potential battle over music rights likely kept the recordings hidden under the care of Norman Granz, Fitzgerald’s former manager. Granz was the founder of the Verve record label but later sold Verve to Metro-Goldwyn-Mayer.

While she consistently delivered perfection on her recorded studio tracks, Fitzgerald was phenomenal during her live stage performances. The magic of her live singing is captured seamlessly on the lost tapes which were released as Ella: The Lost Berlin Tapes in October 2020.

“She sang them differently every night,” said Field, who was part of Fitzgerald’s band during the last leg of her career. “By the third or fourth song she could read the audience really well.”

The newly released recordings contain a number of hit songs effortlessly performed by Fitzgerald on stage including “Taking A Chance On Love”, “Mack The Knife,” and a rare cover of Ray Charles’ “Hallelujah I Love Her So.”

“She had a great sense of her audience and made you feel like you were in on all the fun that we were having,” said Field, who was once serenaded live by his former boss on his 30th birthday. “She was able to get rid of the walls between her and the audience. That showed in her music, and this set.”

Next, listen to the only known recording of painter Frida Kahlo’s voice and explore the oldest known audio of a U.S. president.