Here’s The Oldest Surviving Recording Of A U.S. President [AUDIO]

Though it isn't the first recording of a U.S. president, it's the oldest surviving one.

In 1889, during the first year of his presidency, President Benjamin Harrison gave a speech regarding the first Pan-American Congress.

As he spoke, his voice was recorded by an Edison phonograph wax cylinder, and he became the first president to have his voice recorded and kept. It is the oldest known recording of a U.S. President’s voice.

On the recording, Harrison says:

“As president of the United States, I was present at the first Pan-American Congress in Washington, D.C. I fully believe that with God’s help, our two countries shall continue to live side by side in peace and prosperity. Benjamin Harrison.”

Though it is the oldest known recording of a U.S. president it is not the first. Years before Harrison was recorded, Rutherford B. Hayes had a speech of his recorded, though the recording was lost. 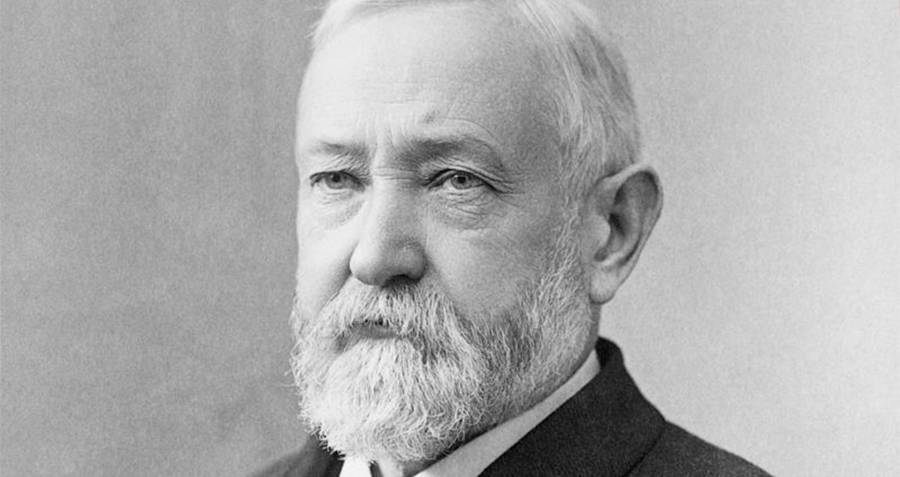 It may seem hard to imagine given our ability to virtually interact with our president on a daily basis, that there was once a time when hearing from the president himself was rare.

As recently as a century ago, most correspondence from the president came from memos and letters that were announced to the public by way of newspapers.

When the president did make public announcements, only those in attendance would get to hear his voice. It wasn’t until this recording that most Americans had even heard Harrison speak.

Even stranger, until the first presidential photograph, a majority of Americans had only ever seen an artists’ depictions of men leading their country.