The Strange Tale Of Elmer McCurdy, The Train Robber Whose Corpse Became A Funhouse Attraction

By All That's Interesting | Edited By Maggie Donahue

Elmer McCurdy may have been a failure as an outlaw, but he found success after his death when his body traveled across the U.S. as a sideshow attraction for 65 years. 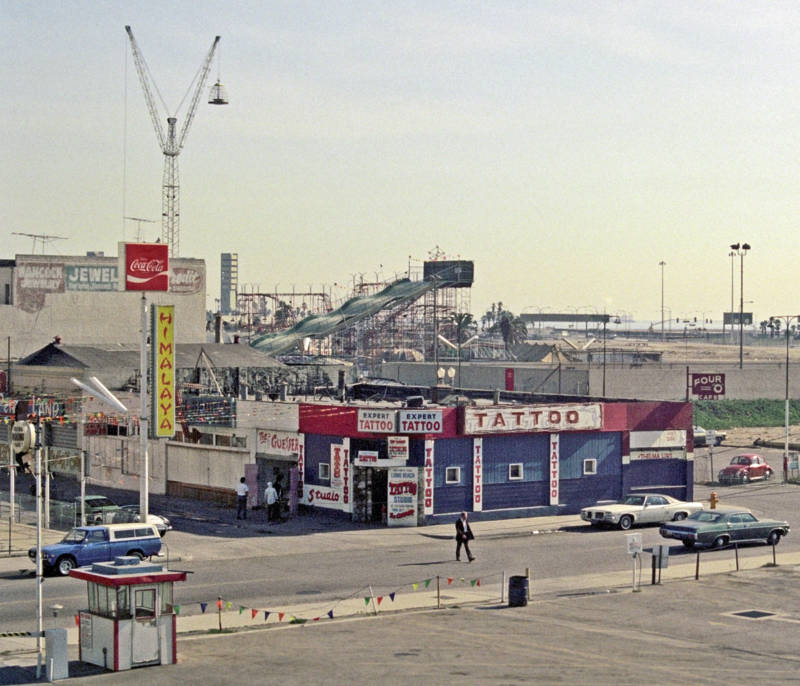 In 1976, a horrifying discovery was made at the Nu-Pike Amusement Park in Long Beach, California.

A camera crew for the television show The Six Million Dollar Man was visiting the park to film a scene in the funhouse. While preparing the set for filming, one of the crew members went to move what he thought was a mannequin hanging from a noose.

But according to Snopes, when he moved it, one of its arms broke off.

It was no mannequin.

To the crew member’s shock, he saw that the arm contained what was clearly a real human bone. He had broken the arm of an actual corpse.

As the crew soon learned, the body was that of Elmer McCurdy, an outlaw who had accomplished little while he was alive — but found much success as a sideshow attraction following his death.

Who Was Elmer McCurdy?

Elmer McCurdy was born to a single mother in Maine in 1880. His life got off to a bumpy start. McCurdy was an illegitimate child who never knew his father. According to the New England Historical Society, as a teen he developed a reputation as the town drunkard.

When he was 20, his mother died, and McCurdy left home to seek his fortune out West, taking on plumbing and mining jobs. Then in 1907, he joined the army — where he soon learned about the explosive properties of nitroglycerin.

A Life Of Crime

After the war, McCurdy ended up in Oklahoma with no money and a drinking problem. It was then that he began to pursue a life of crime, moving from town to town and robbing banks and trains with the people he met in each one.

McCurdy often operated as the explosives guy, in theory using nitroglycerin to melt down safes so the gang could access the money inside. But he wasn’t very good at this.

In 1911, McCurdy tried to rob a train near Lenapah, Oklahoma. Unfortunately for him, the explosives that he used to open the train’s safe ended up melting the silver that he wanted to steal. His subsequent forays into lawbreaking did not go much better.

When he tried to rob a bank in Kansas, he managed to break through the outer layer, but the noise alerted the town to the robbery before he could get through the inner layer.

Then in October of that year, he and some accomplices tried to rob another train in Oklahoma. The Lakeland Ledger reported that they wanted to steal the Osage Nation tribal payments the train supposedly was carrying.

However, McCurdy and his accomplices were wrong about the train’s departure and arrival times and ended up robbing the wrong train – a passenger train. In the end, they made off with only $46 and two jugs of whiskey.

McCurdy took his meager spoils and headed to a barn on Oklahoma’s border with Kansas, where he met his untimely demise.

McCurdy’s Death And Second Life As A Mannequin

Police found McCurdy at the barn. Fueled, perhaps, by his stolen booze, McCurdy decided to fight. He shot at the police, and the police shot back. On Oct. 7, 1911, McCurdy was pronounced dead.

His body was taken to a funeral home in Pawhuska and preserved in arsenic. But because most of his family were dead, and perhaps in part due to his criminal behavior, no one claimed the body. Eventually, however, various people would soon want to get their hands on it.

The undertaker at the funeral home proved to have an unusual mind and little respect for the deceased. NPR reports that when no one claimed McCurdy’s body, he put the remarkably well-preserved corpse on display for visitors, who paid a viewing fee by putting money in McCurdy’s mouth.

Wikimedia CommonsElmer McCurdy in his coffin.

Five years later, a couple of carnival owners became interested in acquiring the mummified body so that they could display and profit from it themselves. While the undertaker refused to sell the body to anyone, the carnival owners suspected he would be willing to give it to Elmer McCurdy’s relatives.

So they showed up at the funeral home, posing as Elmer McCurdy’s brothers.

The undertaker believed their lie and relinquished the body, thinking the men were going to lay McCurdy to rest. Instead, the carnival owners displayed his corpse throughout the United States as a sideshow attraction, calling him “The Bandit Who Wouldn’t Give Up.”

Eventually, the carnival sold Elmer McCurdy’s body, and over the next several decades, the mummy got into the hands of different people seeking to profit from it. Many of them were unaware that it was a real corpse.

For 65 years, his mummified body had one wild ride, showing up at an amusement park near Mount Rushmore, the Hollywood Wax Museum, and several haunted houses.

Eventually, the corpse somehow made its way into the Nu-Pike Amusement Park. Like many of the body’s previous owners, the park operators had assumed it was fake.

After the camera crew stumbled upon the corpse in 1976, police identified it as McCurdy’s.

Over six decades after his death, Elmer McCurdy was finally laid to rest at Summit View Cemetery in Guthrie, Oklahoma, putting an end to his bizarre afterlife as a sideshow attraction.

After learning about the well-traveled corpse of Elmer McCurdy, read about “Lobster Boy” – the circus act turned murderer. Then, see a tattooed mummy brought to life in a stunning re-creation.