Between 1970 and 1973, Elmer Wayne Henley Jr. helped "Candy Man" Dean Corll kidnap, rape, and murder at least 28 boys — six of whom he killed himself.

When Elmer Wayne Henley Jr. was introduced to Dean Corll in 1971, he had no idea that he had been targeted by one of America’s most vicious serial killers.

As fate would have it, Corll saw something promising in Henley that he hadn’t seen in other boys, and he became a twisted mentor of sorts for the troubled 15-year-old. Little did Corll or Henley realize how consequential their meeting would be — or the deadly repercussions it would have.

Elmer Wayne Henley Jr. was born May 9, 1956, to Elmer Wayne Henley Sr. and Mary Henley in Houston, Texas. The oldest of the couple’s four sons, Henley’s childhood home was an unhappy one. Henley Sr. was a violent and abusive alcoholic who took his rage out on his family.

Henley’s mother tried to do right by her children, and when Henley Jr. was 14, she left her husband and took the kids with her, hoping for a fresh start. 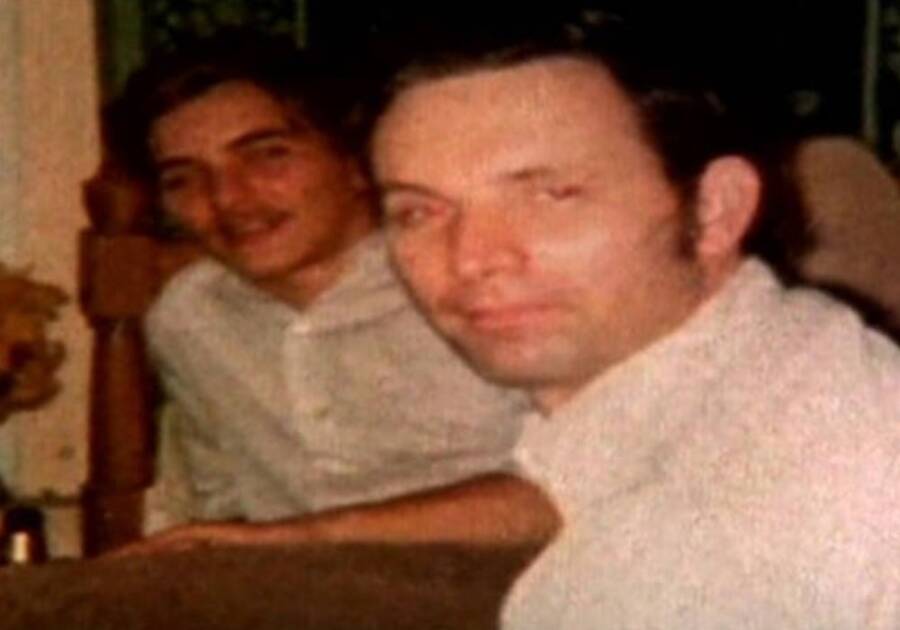 However, the abuse the younger Henley endured during his early life at the hands of his father would stay with him. He lacked a male figure in his life who would treat him with dignity and respect — and he would end up finding this in Dean Corll.

In an interview for a 2002 documentary film, Henley said, “I needed Dean’s approval. I wanted also to feel like I was man enough to deal with my father.”

Unfortunately, this would lead him down a dark and deadly path.

Henley dropped out of high school at the age of 15, and it was around the same time that he met 16-year-old David Owen Brooks. According to Texas Monthly, Henley and Brooks began roaming the Houston Heights neighborhood, smoking marijuana, drinking beer, and shooting pool.

When Brooks was 12, he’d met Dean Corll, a man twice his age. Corll spent much of his time at his mother’s candy factory giving out sweets to kids, which earned him the nickname “The Candy Man.” 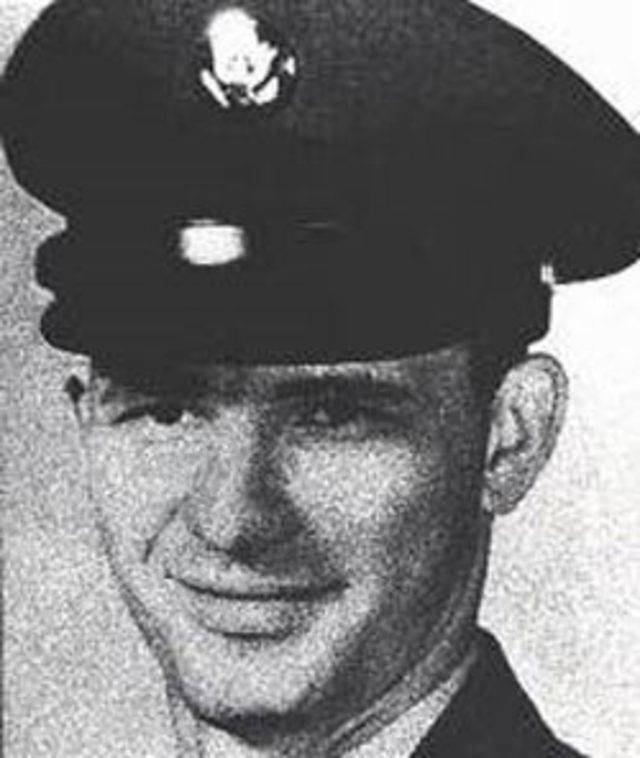 Wikimedia CommonsDean Corll was viewed as a friend to many children in Houston.

Henley did not know the extent of Brooks and Corll’s relationship, though he had his suspicions.

From the moment Brooks and Corll met, Corll took advantage of Brooks’ vulnerability: Brooks’ father was a bully who constantly chastised his son for being weak. Corll, on the other hand, did not make fun of Brooks. He gave him money and provided him with a place to stay when he didn’t want to go home.

When Brooks was 14, Corll began molesting him, all the while showering him with gifts and money to keep him quiet. One day, Brooks walked in on Corll raping two teenage boys. Corll then bought Brooks a car and told him he would pay him to bring him more boys.

In late 1971, Brooks introduced Elmer Wayne Henley to Corll, reportedly with the intention of “selling” him to the serial rapist and murderer. Henley was initially fascinated by Dean Corll and later said, “I admired Dean because he had a steady job. In the beginning he seemed quiet and in the background, which made me curious. I wanted to find out what his deal was.”

When they next met, Corll told Henley about an organization out of Dallas that he was involved with that trafficked boys and young men. Henley later said during his confession, “Dean told me he would pay me $200 for every boy I could bring in and maybe more if they were really good-looking boys.” 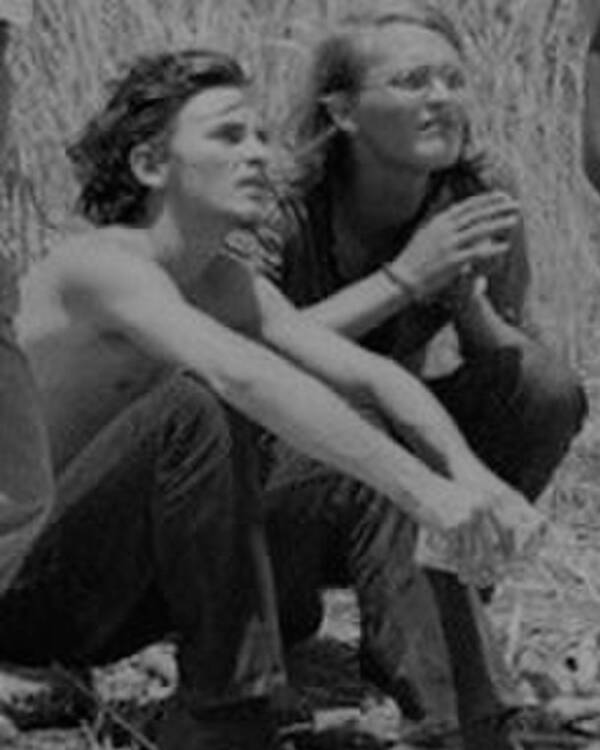 Elmer Wayne Henley initially ignored Corll’s offer, only changing his mind in early 1972 because he needed the money — but Henley’s later actions suggest that the money was only part of it.

Once Henley agreed to help, he and Corll got into Corll’s Plymouth GTX and began driving around “looking for a boy.” They came across one Corll liked the look of, so Henley asked the teen if he wanted to come and smoke pot with them. The three drove back to Corll’s apartment, and Henley left.

As promised, Henley was paid $200 the next day. He assumed that the boy had been sold to the Dallas organization Corll was a part of — but he later found out that Corll had sexually assaulted the boy and then murdered him.

Despite his horror at the realization, Henley didn’t tell the police what Corll had done.

Even after Elmer Wayne Henley found out what happened to the first boy he’d lured to Corll’s home, he didn’t stop. Nor was he deterred when Dean Corll told him he had abducted, tortured, and murdered a close friend of Henley’s, David Hilligeist, in May 1971.

In fact, Henley even brought another of his friends, Frank Aguirre, to Corll. Once Corll had raped and murdered Aguirre, Henley, Brooks, and Corll buried him at a beach near Houston called High Island. 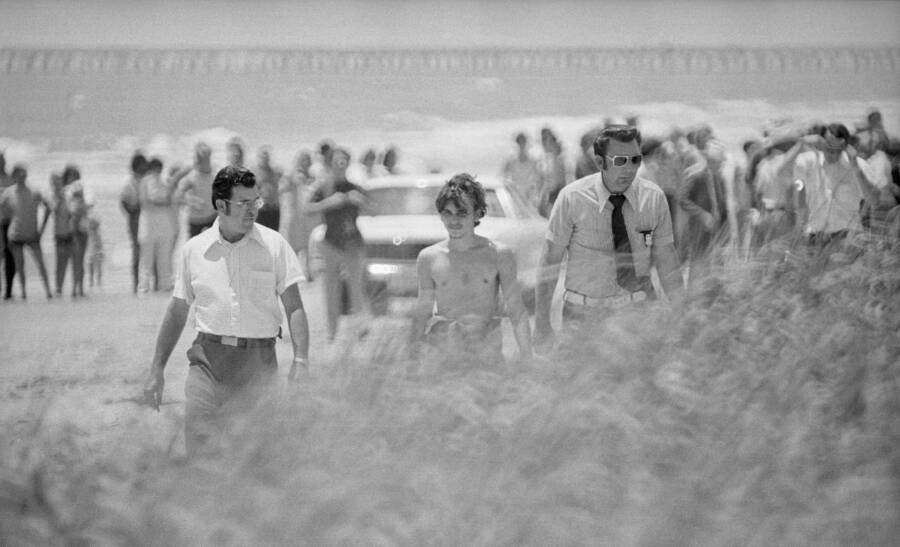 All of Corll’s 28 known victims had either been shot or strangled, and in at least six instances, Henley himself fired the shots or pulled the cords that killed them.

“At first I wondered what it was like to kill someone,” Henley once said. “Later, I became fascinated with how much stamina people have… you see people getting strangled on television and it looks easy. It’s not.”

“You either enjoy what you do — which I did — or you go crazy. So when I did something, I enjoyed it, and didn’t dwell on it later.”

By July 25, 1973, Henley had assisted in leading more than two dozen boys to horrific deaths at the hands of Dean Corll — and himself.

The Houston Mass Murders Come To A Violent End

On Aug. 8, 1973, Elmer Wayne Henley Jr. brought his friends Tim Kerley and Rhonda Williams to Corll’s home. While he insisted it was only meant to be “a night of fun,” not a night of torture and murder, this seems naïve on Henley’s part. He had brought enough people to Corll to know what would happen.

The four got high and drank beer in the living room, but Corll was apparently livid with Henley for bringing a girl to his house. Once the teenagers passed out, Corll tied up and gagged all three of them. When they began regaining consciousness, Corll stood Henley up and brought him into the kitchen, where he berated him for bringing Williams, saying he’d “ruined everything.”

To appease Corll, Henley told him they could rape and kill Kerley and Williams together. Corll agreed. He untied Henley, and the two of them went back into the living room, Corll with a gun and Henley with a knife. 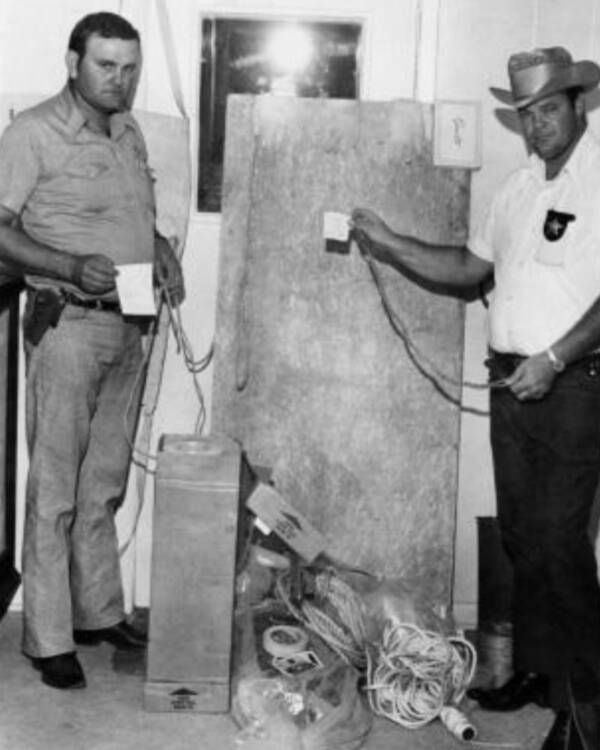 YouTubeSome of the torture devices found in the home of Dean Corll.

Corll dragged the two victims into his bedroom and tied them to his “torture board.” As he taunted Kerley and Williams, Henley entered the bedroom holding Corll’s gun. According to Williams, something in Henley appeared to have snapped that night:

“He stood at my feet, and just all of a sudden told Dean this couldn’t keep going on, he couldn’t let him keep killing his friends and that it had to stop,” she recalled.

“Dean looked up and he was surprised. So he started getting up and he was like, ‘You’re not going to do anything to me,'” she continued.

Henley then shot Corll once in the forehead. When that didn’t kill him, Henley shot him five more times in the back and shoulder. Corll slumped naked against the wall, dead.

“My only regret is that Dean isn’t here now,” Henley would say afterward, “so I could tell him what a good job I did killing him.”

After he killed Dean Corll, Elmer Wayne Henley Jr. untied Tim Kerley and Rhonda Williams, picked up the phone, and called 911. He told the operator that he had just shot and killed Corll and then gave them the address of Corll’s house in the Houston suburb of Pasadena.

The officers who were dispatched had no inkling that they were about to uncover the most heinous and horrifying killing spree the nation had ever seen up until that point.

Their discovery began when they first saw the dead body of Dean Corll. As they made their way further into the house, investigators found a catalog of disturbing items, including Corll’s torture board, handcuffs, and various tools. The depths of Corll’s depravity soon started to come to light. 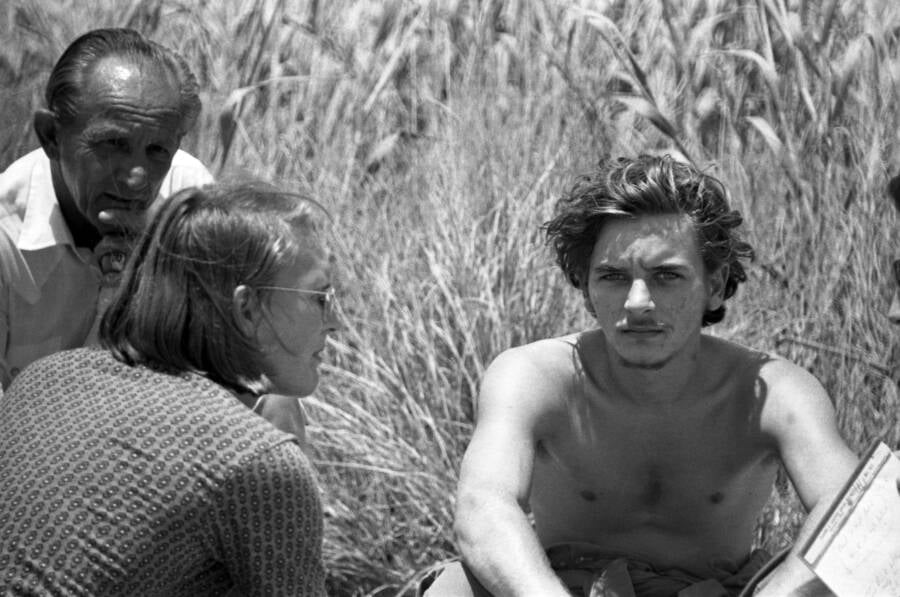 When they questioned Henley about the items, he completely broke down. He told them that Corll had been killing boys for the past two-and-a-half years and burying many of them at Southwest Boat Storage, according to the Houston Chronicle. When Henley took the investigators there, they found 17 bodies.

He then took them to Sam Rayburn Lake, where four more bodies were buried. Brooks accompanied Henley and the police to High Island Beach on Aug. 10, 1973, where they recovered another six bodies.

In July 1974, Elmer Wayne Henley’s trial began in San Antonio. He was charged with six counts of murder, according to The New York Times, but he was not charged with killing Corll, as the shooting was ruled self-defense. 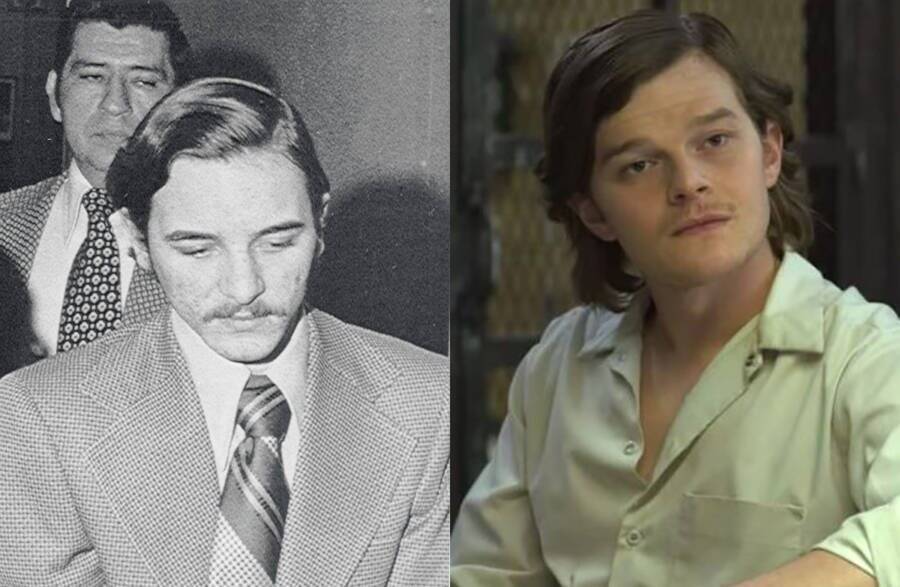 During his trial, Henley’s written confessions were read. Other evidence included the “torture board” Corll handcuffed his victims to and the “body box” that he used to transport bodies to burial sites. On July 16th, the jury reached their verdict in less than an hour: guilty on all six counts. Henley was sentenced to six consecutive life sentences of 99 years each.

He is currently incarcerated at Mark W. Michael Unit in Anderson County, Texas, and he will next be eligible for parole in 2025.

In 1991, 48 Hours produced a segment on the Houston Mass Murders, which included an interview with Henley in prison. Henley told the interviewer he believed he had been “reformed” and that he was “under the spell” of Corll.

A decade later, Henley was interviewed by filmmaker Teana Schiefen Porras for her documentary Decisions and Visions. When Porras first met with Henley, according to the Houston Chronicle, she said, “I thought I was looking at Hannibal Lecter.”

As the interview went on, she relaxed more, realizing Henley was not as terrifying as she initially thought. She later said, “I do believe he has remorse for what he’s done. I asked if he sleeps at night, and… he doesn’t. He said, ‘They’re never going to let me out, and I’m OK with that.'”

Now that you’ve read about serial killer Elmer Wayne Henley Jr., check out the story of Barbara Daly Baekeland, who tried to “cure” her son’s homosexuality with incest — causing him to stab her to death. Then, go inside the notorious crimes of “Killer Clown” John Wayne Gacy.