The Story Of Emily Davison, The British Suffragist Who Was Killed By The King’s Horse

On June 4, 1913, suffragist Emily Davison ran in front of King George V's horse during the Epsom Derby in what appeared to be a bungled act of protest.

A British suffragist in the early 1900s, Emily Davison became increasingly dedicated to women’s rights as well as increasingly militant during the suffragist movement. Lauded by some as a courageous martyr and criticized by others as an extreme anarchist, Davison was known to use radical tactics like hunger strikes and arson to get her message across.

So when, in 1913, she walked onto the track at the Epsom Derby and was struck and killed by the horse of King George V, many saw her death as a final act of defiance.

But because she hadn’t given a prior explanation to anyone, her true motives have remained unclear and up for debate. Was Emily Davison’s death a final act of protest, or a tragic accident?

Emily Davison And The Suffragist Movement 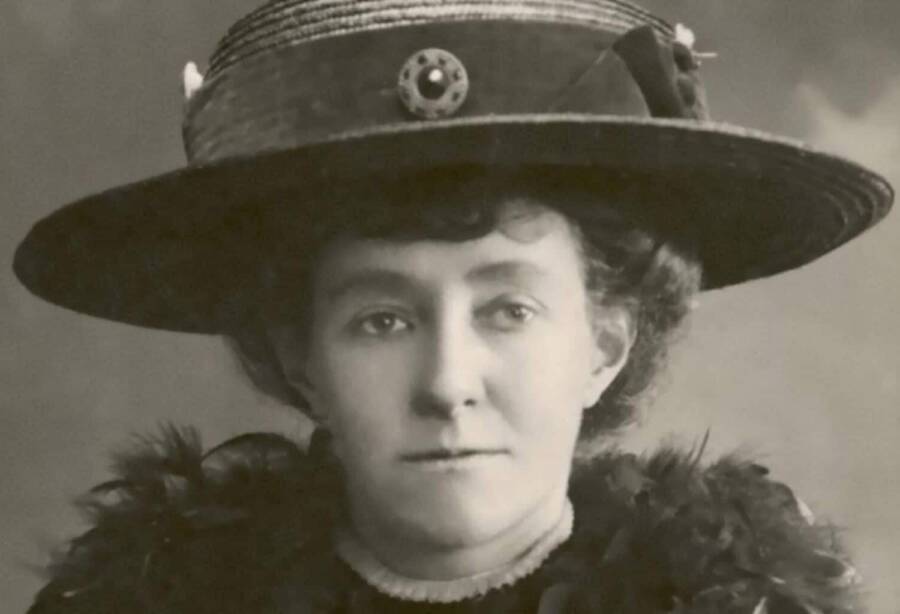 Emily Davison was born on Oct. 11, 1872, in London. According to Encyclopedia Britannica, she attended the University of Oxford, even though at the time the university would not grant women degrees, as well as the University of London.

In 1906, she joined the Women’s Social and Political Union (WSPU), which, led by Emmeline Pankhurst, was the most prominent militant women’s suffrage organization in the U.K.

Davison soon became a chief steward of the organization’s marches, and eventually gave up her previous job as a teacher to devote her attention to the organization full time.

Throwing herself fully into the movement, Davison’s used extreme tactics – which later contributed to speculation that her shocking death was an intentional political act.

Emily Davison was committed to women’s rights and was seemingly unafraid of the repercussions of her actions. Some of her radical tactics included stone-throwing, arson, and breaking into the Palace of Westminster and staying overnight. She was arrested nine times and went on seven hunger strikes. By her fifth arrest, the government was already accustomed to the practice of force-feeding her.

In 1909, Davison was sentenced to a month of hard labor in Manchester’s Strangeways Prison for throwing rocks at the carriage of David Lloyd George, who was chancellor of the exchequer at the time.

She was arrested again with several other suffragists in 1912, and all of them went on hunger strikes while in jail. Through her cell, she was able to hear the pain her fellow suffragists were in as they were being force-fed.

According to an article in the Women’s History Review, when she was let out so that her cell could be cleaned, Davison jumped off an interior balcony. She later said that this was intended as an act of sacrifice to stop the torture of her friends, believing that the tragedy of her death would spare them from their poor treatment.

Historic UK reports that in a letter to the Pall Mall Gazette Davison wrote, “I felt that by nothing but the sacrifice of human life would the nation be brought to realise the horrible torture our women face. If I had succeeded I am sure that forcible feeding could not in all conscience have been resorted to again.”

It was a year later that Emily Davison attended the Epsom horse racing Derby. The date was June 4, 1913.

In a shocking moment that was captured on film, CNN reports, Davison stepped out onto the horse track and was mowed to the ground by King George V’s horse, Anmer. Davison’s hat rolled away as the horse, galloping at over 30 miles per hour, trampled over her. 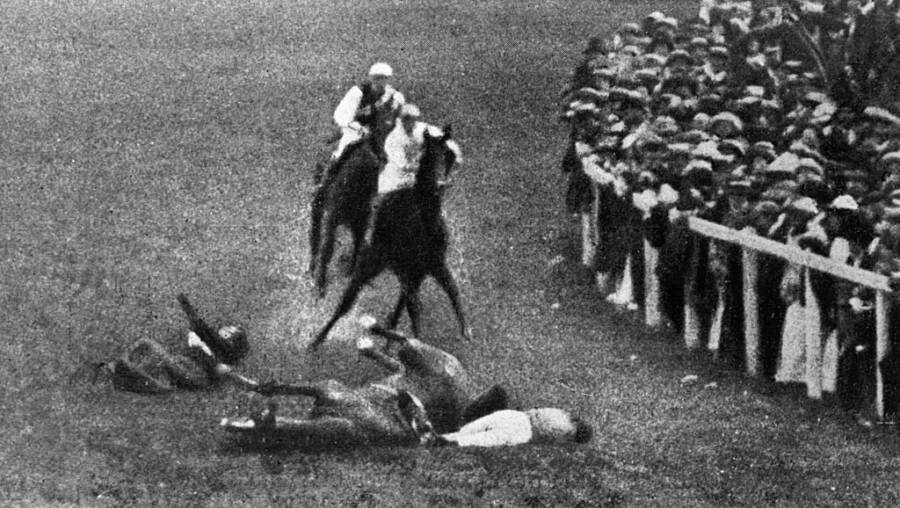 Her funeral was held on June 14, 1913 in London and included a procession of around 5,000 suffragists and supporters. Inscribed on her coffin were the words, “Fight on. God will give the victory.” According to the Emily Davison Memorial Project, an additional 50,000 people lined the route as her coffin was carried through the city. 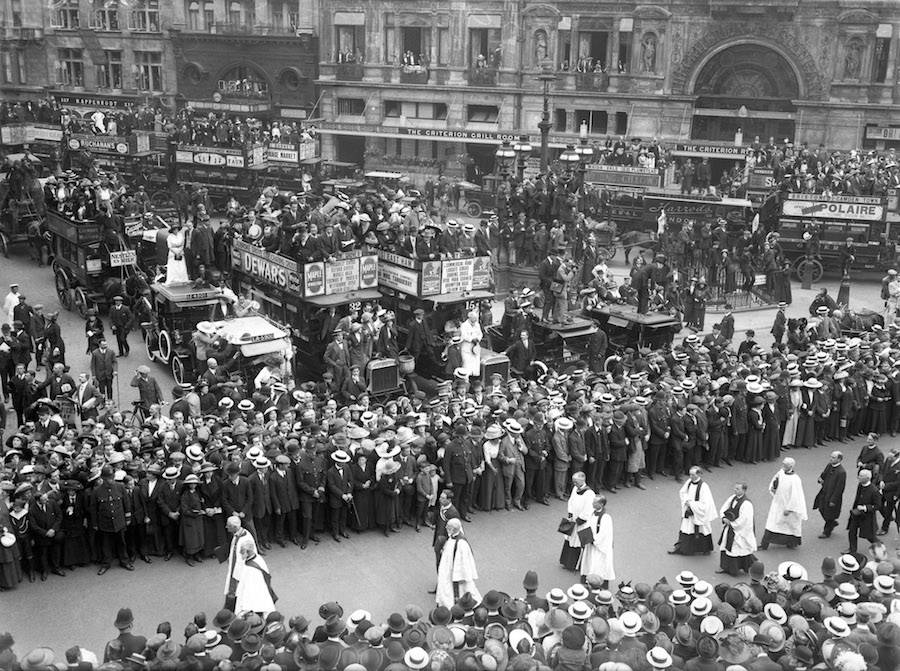 The Unsolved Mystery Behind Davison’s Demise

As eventful as Davison’s life was, most of the discussion around it now revolves around her death.

Reactions to Emily Davison have been divisive. To many suffragists, she was a heroine who became a martyr in death. Others viewed Davison’s radical actions as fanatical and suicidal.

Since she hadn’t mentioned anything about her final moment to anyone, different theories have emerged throughout the years.

Some believe that she wasn’t staging a political act of self-harm, but was actually attempting to tie a scarf or flag that represented the suffragist movement to the horse. This theory, The Guardian reports, has been supported by the evidence that a return ticket, as well as two flags, were found on her body by police.

Then there are others who say Davison’s death was a simple accident, and that she had intended only to cross the track, believing all of the horses had passed.

The answer to Davison’s tragic death may never be known, but her passionate commitment to the women’s movement is undebatable. And in 1918, women over the age of 30 were given the right to vote in the UK. The age was then lowered to 21 in 1928, and to 18 in 1969.

Davison is buried on her family’s plot site in Northumberland, England. Her headstone reads “Deeds not words.”

After reading about Emily Davison, learn about Victoria Woodhull, the first woman in America to run for President. Then, you can read the story of Hypatia, the ancient Greek intellect who was killed for her beliefs.