The Shocking True Story Of Larry Hoover And The Gangster Disciples

The founder of Gangster Disciples, Chicago gang leader "King Larry" Hoover only grew his empire after he was sentenced to prison in 1973.

Just a few years after Larry Hoover helped found Gangster Disciples in Chicago, he was sentenced to 150 to 200 years in prison for a gang-related murder in 1973. It seemed unlikely that Hoover would ever see the outside again, but he didn’t let that stop him from running his gang.

Thanks to his ability to recruit new members from prison, his opportunities to keep in touch with underlings on the streets, and his promotion of nonviolence and community service, “King Larry” Hoover arguably became more powerful behind bars than he ever was as a free man.

This is the true story of Larry Hoover, the gang leader who grew his organization to 30,000 members in multiple states and helped them sell more than $100 million in drugs per year — from prison. 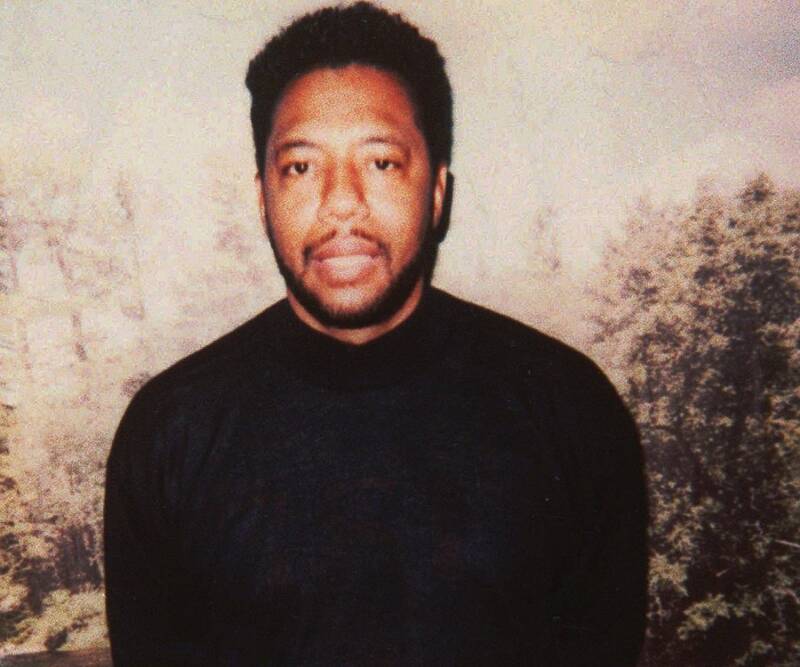 Twitter“King Larry” Hoover was barely a teenager when he first entered gang life.

Born on November 30, 1950, in Jackson, Mississippi, Larry Hoover moved to Chicago, Illinois with his family when he was 4 years old. He was just 12 or 13 when he joined a local gang called the Supreme Gangsters.

According to Biography, Hoover started out with smaller crimes like theft, but he eventually graduated to more violent offenses like shootings.

He also made a name for himself as a natural leader, and he took control of the gang by the time he was 15. As the years went on, Hoover allied with a number of former rivals to form a “super gang” of about 1,000 members. He also changed the name of his organization a few times.

By the late 1960s, the Black Gangster Disciple Nation, better known as Gangster Disciples, was firmly set in stone, according to Black Past. Though one of Hoover’s allies, David Barksdale, was initially named the leader of the group, Barksdale was injured in a shooting in 1969. Since Barksdale was in no condition to lead, Hoover took control of the organization yet again.

Before long, the Gangster Disciples controlled the drug trade on Chicago’s South Side, and profits soared to over $1,000 per day. But Hoover’s criminal activities and notoriety would soon catch up with him.

In 1973, Hoover was sentenced to 150 to 200 years in prison for ordering the murder of a dealer named William Young. On the surface, it seemed as though Hoover’s criminal career had come to an end, and that Barksdale would resume leadership after he recovered from his wounds.

But by the next year, Barksdale had died from kidney failure related to the shooting, supposedly leaving the Gangster Disciples without a leader. Meanwhile, Larry Hoover was becoming ever more powerful behind bars. 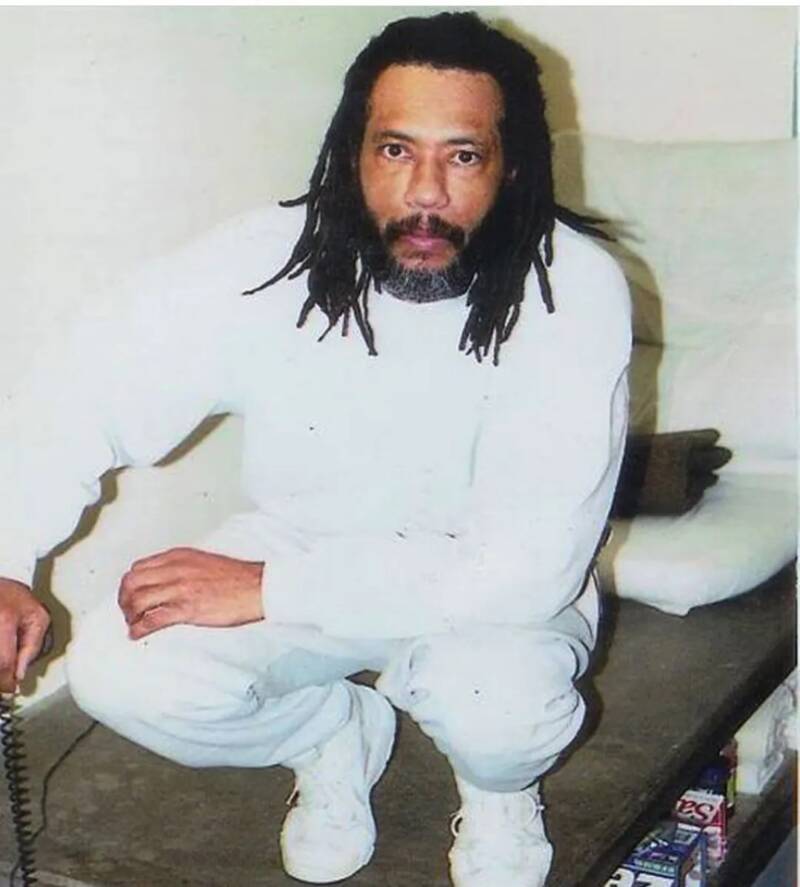 Sent to the maximum-security Stateville Correctional Center in Crest Hill, Illinois, Larry Hoover made a name for himself there — in a positive way.

Not only did he offer protection to other inmates, but he also impressed the prison staff members by discouraging violence in the facility. Guards were relieved to see that the number of fights and uprisings had gone down, and they soon began to see Hoover as a positive influence on other prisoners.

But when the guards’ backs were turned, Hoover was recruiting many of these inmates to join his gang. Hoover also stayed in touch with many members of the gang who were still working on the outside. And he encouraged his followers to move up in the world however they could.

According to the Daily Mail, he even made education mandatory for all of his followers, telling them, “Go to school, learn trades, and develop… talents and skills, so that we will become stronger in society.”

Many people from the outside were just as impressed as the prison staff. They hoped that Hoover’s good deeds would be enough to make him a free man, especially when he changed his group’s name yet again.

From Gangster Disciples To “Growth And Development” 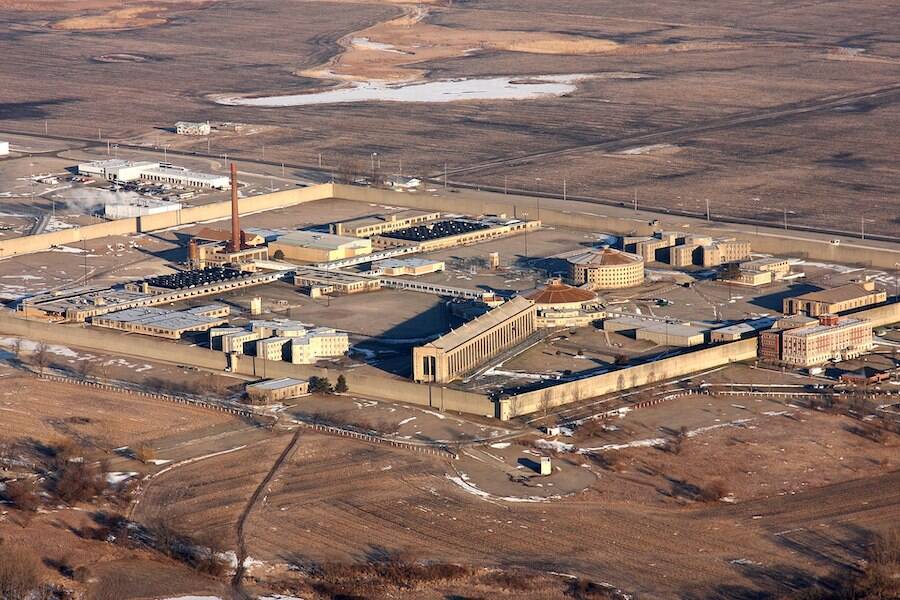 Claiming that prison was reforming him, Larry Hoover changed the name of the Gangster Disciples to “Growth and Development.”

Instead of encouraging illegal activities, this new group would promote social causes. Growth and Development funded a voter registration organization and opened a music label that donated proceeds to needy children.

Soon, “King Larry” Hoover was the leader of a very different enterprise. He ran a clothing line, organized peaceful protests to protect publicly funded programs, and even encouraged his members to run for office.

Though Hoover remained behind bars, authorities eventually rewarded his reforms with a transfer to a minimum-security prison in Vienna, Illinois.

From there, Hoover was able to meet privately with friends and family. He also wore luxurious clothing and jewelry and enjoyed much better food.

But Hoover’s public reform hid a growing criminal empire. As he applied for parole in the 1990s, Hoover was secretly running a massive drug empire that counted up to 30,000 members, according to the Chicago Sun-Times.

The Gangster Disciples had clearly expanded far beyond Chicago, counting “soldiers” in multiple states, especially in the Midwest and Southeast. At one point, the gang was selling over $100 million in drugs per year.

And unfortunately, the Growth and Development nonprofits that had attracted so much positive attention from supporters on the outside were actually fronts for laundering drug money, as Biography reported.

It took a five-year investigation to bring the real operation to light. 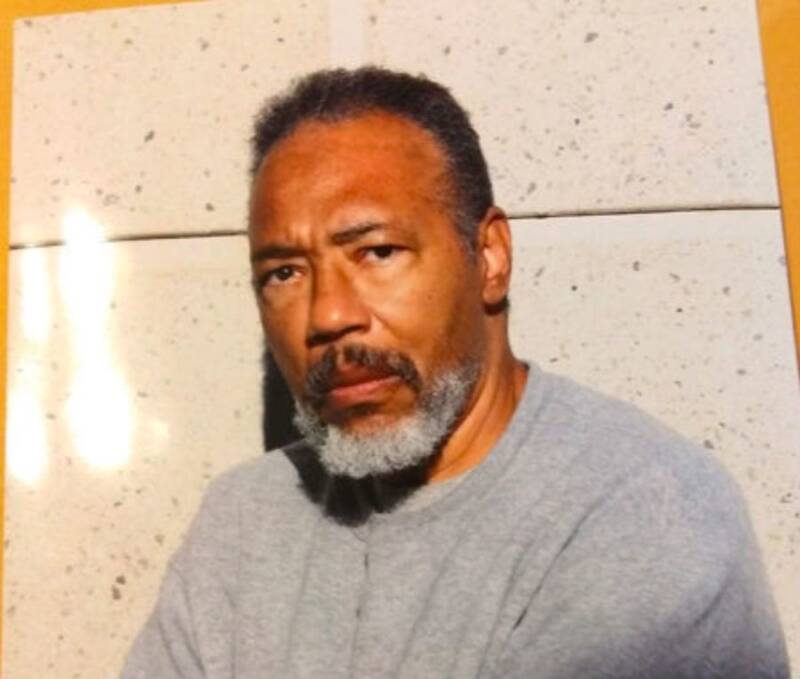 TwitterLarry Hoover’s prison enterprise was exposed in the mid-1990s.

In 1995, a massive raid on the Gangster Disciples led to the arrests of 22 members, including Larry Hoover. Carried out by over 250 federal, state, and local authorities, this raid was called “Operation Headache.”

The raid took place at the end of a five-year undercover investigation.

Apparently, some authorities had become suspicious of Hoover’s rehabilitation over time. So they decided to investigate, wiretapping Hoover in prison, seeking out potential informants, and searching offices that were linked to the organization. Ultimately, they said that Gangster Disciples had never really stopped operating as a criminal enterprise.

“We have taken off the top echelon and we have bitten off the head of the snake,” U.S. Attorney James Burns explained, according to The Washington Post. “This has been going on for 25 years and we needed to attack at the top. This organization is going to be greatly crippled now.”

After Hoover was indicted on drug conspiracy charges, he was relocated to a facility in Chicago for his trial. In 1997, he was found guilty of the charges and given six life sentences, in addition to the 200-year sentence that he was already serving for the murder he ordered back in the 1970s.

Following the guilty verdict, Hoover was transferred to ADX Florence, a federal supermax prison in Colorado that houses some of the world’s most notorious criminals, including El Chapo and the Unabomber. While many authorities praised this decision, not everyone was happy with it.

Since Larry Hoover had tens of thousands of loyal followers by the time he was caught running the gang from prison, it’s not surprising that many of them would like to see him get his freedom. But Hoover also counts many people as supporters who have never been part of the organization.

Some ordinary citizens, especially in Chicago, see Hoover as an inspiration because of his promotion of community service and empowerment. His emphasis on education and his public discouragement of violence also touched many. Though Hoover’s followers didn’t always align with those values, Hoover’s supporters still insist that his heart was in the right place.

Perhaps the most famous supporter of Larry Hoover is the rapper Ye, previously known as Kanye West. In 2021, Ye even collaborated with fellow rapper (and former rival) Drake for a “Free Larry Hoover Benefit Concert” at the Los Angeles Coliseum, according to the BBC.

Earlier that year, Hoover had tried to appeal his sentence, but a judge refused, calling him “one of the most notorious criminals in Illinois history.”

While the benefit concert didn’t change Hoover’s status in prison, he has not given up on getting his freedom. Now in his early 70s, he’s taking another look at his options for release, even though it’s looking unlikely.

According to the Chicago Sun-Times, Hoover even renounced his former gang and made a rare public statement that he is “no longer the Larry Hoover people sometimes talk about, or he who is written about in the papers, or the crime figure described by the government.”

Depending on who you ask, Larry Hoover is either a new man who’s learned from his past mistakes, or he hasn’t changed a bit all this time.

After learning about Larry Hoover and the Gangster Disciples, check out these dramatic photos of the Bloods gang. Then, read about Frank Matthews, the drug kingpin who mysteriously vanished with $20 million.