More than 70,000 Americans die from drug overdoses each year. But a promising new vaccine from the University of Houston might help change that. 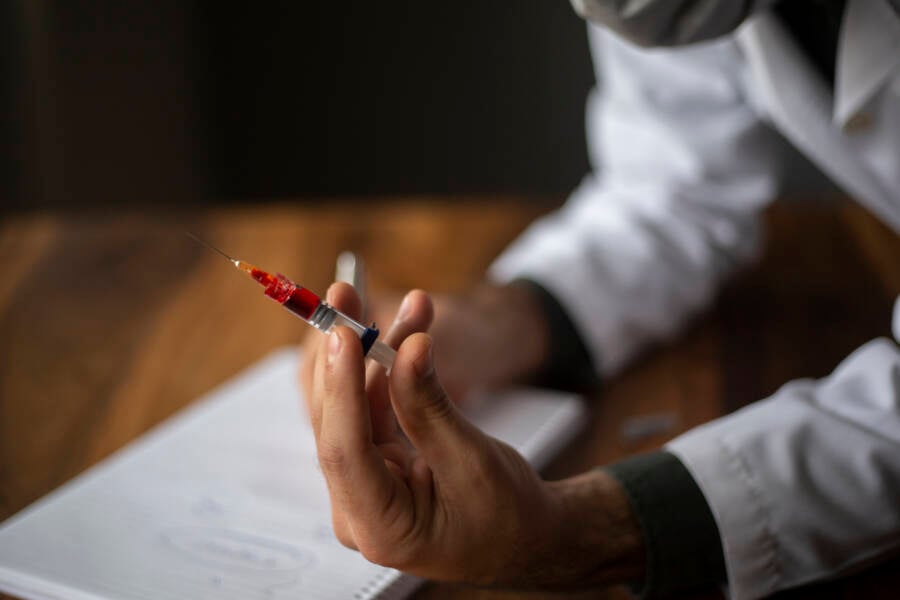 In the ongoing battle that is the opioid epidemic, researchers may have just found a powerful new weapon: a vaccine that could prevent fentanyl from entering the brain.

A team from the University of Houston developed the new vaccine, which they say could eliminate the euphoria associated with fentanyl.

Over the past few years, the illicit manufacturing of fentanyl has seen a sharp upwards tick, with synthetic opioid deaths increasing by over 50 percent between 2019 and 2020.

Due to its strength, fentanyl is often laced into other illegal drugs to make them cheaper and more potent. But fentanyl is extremely deadly — it can be fatal in doses as small as two milligrams.

The University of Houston team’s findings, published in the journal Pharmaceutics, found that antibodies in their vaccine were able to target fentanyl in the brains of rats, but the study and the vaccine each have their limitations.

First, the antibodies only targeted fentanyl and fentanyl derivatives, but other opioids like morphine were unaffected. And second, the vaccine has only been tested on rats, though the researchers have plans to complete human clinical trials soon.

“We believe these findings could have a significant impact on a very serious problem plaguing society for years—opioid misuse,” said the study’s lead author, Colin Haile, in a press release. “Our vaccine is able to generate anti-fentanyl antibodies that bind to the consumed fentanyl and prevent it from entering the brain, allowing it to be eliminated out of the body via the kidneys.”

The CDC says the opioid crisis began in the 1990s, when pharmaceutical companies touted opioid pain medications as non-addictive. That was proven to be disastrously untrue.

In fact, practitioners had been aware of morphine’s addictive properties since the early 20th century. To combat this, drug companies began to market heroin as an alternative pain relief medication — and even gave laudanum, a mixture of opium and high-proof alcohol, to children to ease teething pain or help with diarrhea.

Over a century later, in 2017, the U.S. Department of Health and Human Services declared a public health emergency in relation to the misuse of opioid medications.

Their data shows that in 2019, more than 10 million Americans misused prescribed opioids, 1.6 million had an opioid medication use disorder, and over 70,000 people died of drug overdoses. 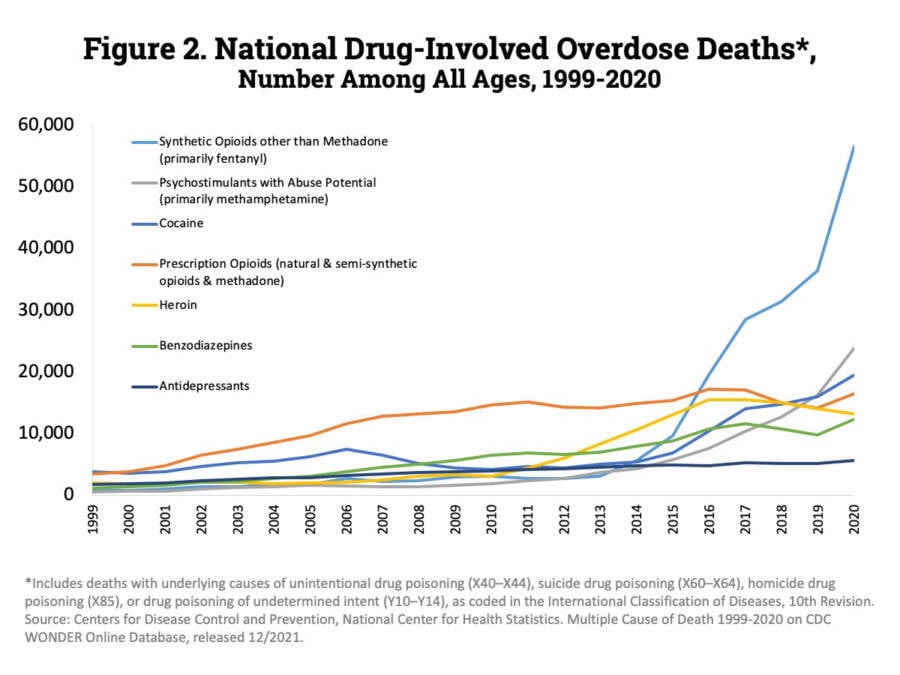 National Institute on Drug Abuse/Public DomainOver one third of all drug-related overdose deaths in the United States involved fentanyl or fentanyl analogs.

Yet since Richard Nixon declared a “War on Drugs” in June 1971, the feds primarily focused their efforts on the distribution of crack cocaine and marijuana, disproportionately affecting minority groups while doctors and pharmaceutical companies continued to supply their predominantly white patients with perfectly legal opioids.

The irony, of course, is that the majority of people who overdose on opioids — about 70 percent, according to the Council on Foreign Relations — are non-Hispanic white Americans.

In certain areas, like New Haven, Connecticut, as much as 94 percent of drug overdoses involve opioids, and of those, 84 percent include fentanyl, which was originally developed to treat pain in cancer patients.

As Rutgers University’s Virginia Allread told me in an article for Giddy, citizens of New Haven “were overdosing, and the ambulance would come to pick them up, administer naloxone, get them to the hospital… but then the word got out that this heroin was so good, people were OD’ing on it, so it actually attracted more business.”

The new vaccine from the University of Houston’s researchers, however, could be a “game changer” in treating fentanyl addiction, according to Therese Kosten, senior author of the study.

“Fentanyl use and overdose is a particular treatment challenge that is not adequately addressed with current medications because of its pharmacodynamics,” Kosten said. “And managing acute overdose with the short-acting naloxone is not appropriately effective as multiple doses of naloxone are often needed to reverse fentanyl’s fatal effects.”

Ideally, Haile hopes, the vaccine could help addicted patients “‘get back on the wagon’ to sobriety.”

To truly understand why fentanyl is so dangerous, even for non-drug users, read the story of the 10-year-old who died of an accidental fentanyl overdose at a swimming pool. Then, learn more about the ongoing opioid crisis in America.