"I didn't want to be dominated by anyone," the supercentenarian said. 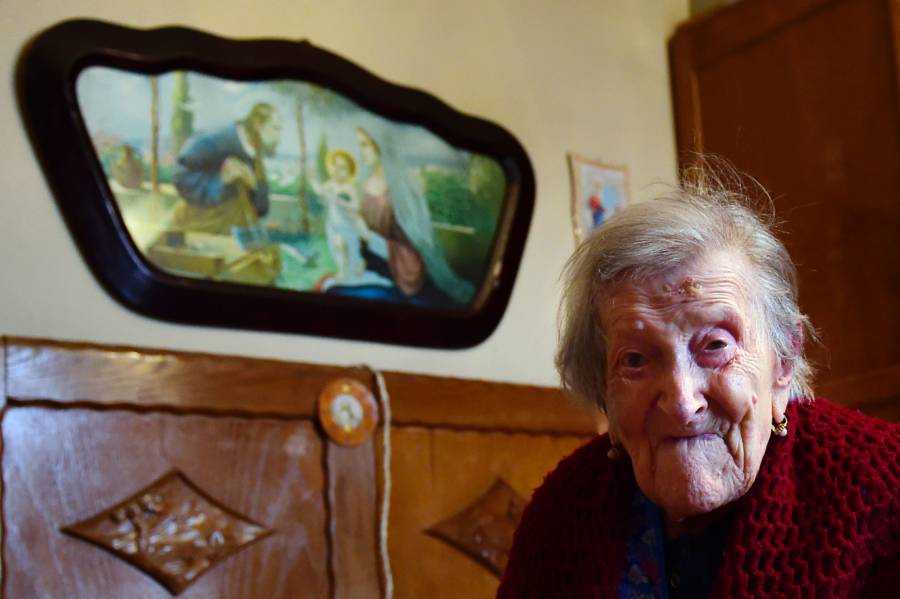 The world’s oldest person recently told reporters the secret behind her longevity: being single.

Italy’s Emma Morano, who celebrated her 117th birthday on November 29, officially received the Guinness World Records distinction of being the oldest person in the world this past May after the former record holder, New York City’s Susannah Mushatt Jones, passed away.

Morano credits this extraordinary longevity to several things: Separating from her husband in 1938 and then remaining single, genetics — two of her seven siblings lived to be over 100 — and a daily meal of one cooked egg alongside two raw ones.

Morano adopted her unusual diet after a doctor diagnosed her with anemia when she was a young woman. She’s now down to two eggs with a couple biscuits mixed in, but her doctor does admire the oldest person in the world’s resolve to eat “very few vegetables, very little fruit.”

Careful eating habits aside, Morano celebrated her birthday by indulging in two cakes: The first with her nieces, and the second with the mayor of Verbania, where she lives in northwest Italy near the Swiss border.

Morano then punctuated the cakes with an essential midday nap. In fact, Morano has been bed-bound for the past year, and hasn’t left her apartment for the past 20 years.

But that didn’t stop Morano from appearing on a live broadcast on state-run TV to blow out her candles and receive a personalized birthday message from the Italian president himself.

Despite the attention of the nation and a loving family, Morano, once again, credits being single for her longevity. She made the decision to remain unattached following the unhappy dissolution of her first marriage.

“He told me: ‘If you’re lucky you marry me, or I’ll kill you’. I was 26 years old. I got married,” Morano told Italian newspaper La Stampa. She would later tell The New York Times that she dumped him the year after her six-month-old baby died because “I didn’t want to be dominated by anyone.”

Today, Morano indeed remains independent but her health is, as one would expect, failing in several ways.

Morano’s doctor notes that she has difficulty hearing and even more seeing. Sadly, this likely means she will miss the musical performance about her life that is soon scheduled to take the stage in Verbania.

Next, meet the man who has claimed to be the world’s oldest person, with a supposed age even higher than Morano’s.