Memorial For Emmett Till In Mississippi Destroyed — Again

Emmett Till's story was a rallying cry for civil rights activists after his 1955 murder. Now, his memorials are targets for racist vandalism. 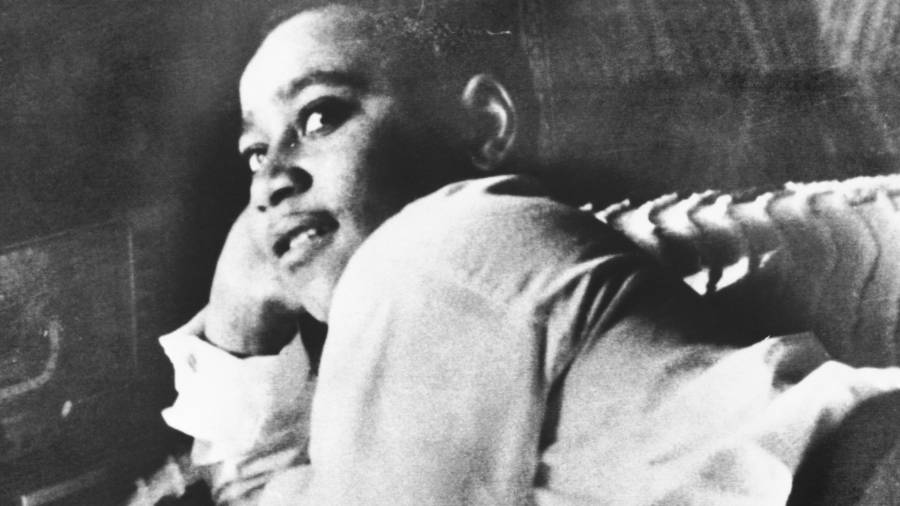 A historical marker meant to memorialize Emmett Till, the 14-year-old African-American boy murdered by a lynch mob in 1955, was destroyed this week in Mississippi. And not for the first time.

Emmett Till traveled from Chicago to visit relatives in Mississippi in the summer of 1955. When a 21-year-old white woman said he bothered her at a grocery store, Till was kidnapped, brutally beaten, mutilated, and finally thrown into a river with his feet tied to a cotton gin by a lynch mob.

When the boy’s body was discovered days later, his mother demanded an open-casket funeral so that the world would know how brutal racism could be.

The horrifying photos of his face spread across the country. And when his murderers were acquitted of all charges by an all-white jury, his story became an important rallying cry for the civil rights movement.

When a portion of a highway near where the incident occurred was dedicated to Till in 2006, people painted “KKK” on the sign.

When a nearby marker was put in place for a different Mississippi tragedy — the 1964 murders of three civil rights workers — in 2009, it was also defiled. First painted black, then emblazoned with three K’s, and finally stolen altogether.

This past October, a different commemorative marker placed near the river where Till’s body was found was covered in bullet holes.

Now, yet another memorial, one by the store where Till was abducted, has been blacked out, the photos and text completely scratched off.

Allan Hammons, the owner of the group that made the sign, estimated that repairs would cost about $500.

“Who knows what motivates people to do this?” he told The Washington Post.

The crimes might be the result of Till’s story receiving a new wave of attention in recent months, after it was revealed that the woman who initially accused him of wolf-whistling at her had fabricated large parts of her story.

“The part about Till grabbing her and being sexually crude to her ‘was not true,'” The Washington Post reported.

Hate crimes such as this have increased since the 2016 election of Donald Trump — whose supporters were united by racial resentment more than many other factors, according to a Hamilton College analysis, Vox reported.

And some of those filled with racial resentment shoot bullets at a sign about a 14-year-old getting murdered more than six decades ago.

“These are easy targets, a low-risk outlet for racism,” Dave Tell, a professor working with the Emmett Till Memory Project, told the Clarion-Ledger. Some people perceive these memorials to the civil rights movement as “a form of reverse discrimination, a threat to their own well-being.”

Next, learn how skinheads transformed from an inclusive youth movement to a racist hate group. Then, see how a black man convinced 200 racists to leave the KKK by befriending them.