The Disturbing Story Of Eric Smith, The Bullied 13-Year-Old Who Violently Murdered A 4-Year-Old Boy

In August 1993, Eric Smith became known as the "Freckle-Faced Killer" after he tortured and murdered young Derrick Robie in the woods of Savona, New York.

In August 1993, the violent murder of four-year-old Derrick Robie stunned the small community of Savona, New York. However, residents were even more shocked when they learned who the perpetrator was: a 13-year-old boy named Eric Smith. 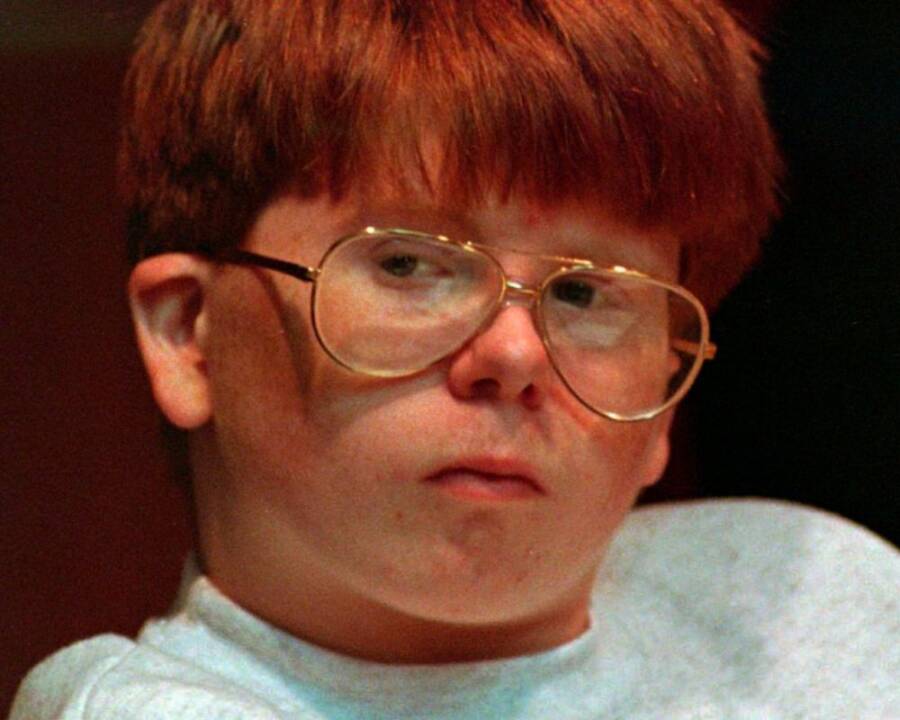 How could someone so young commit such a brutal crime? Not only had Smith killed Robie — he’d also tortured him and then sodomized his dead body with a stick.

After confessing to the murder, Smith claimed that he’d simply snapped after facing years of bullying at school. He wanted to take out his anger on someone, and Robie had just happened to be the unfortunate victim.

Smith was convicted of second-degree murder and spent 28 years behind bars before he was released in 2022. While he is now in his 40s and trying to carry out the rest of his life as normally as possible, the chilling murder he committed when he was barely a teen continues to follow him wherever he goes.

On the morning of Aug. 2, 1993, four-year-old Derrick Robie gave his mother a kiss, said, “I love you, Mom,” and set off down the street to attend summer camp at a park near his home in Savona.

Doreen Robie later told 48 Hours, “It’s the first time I ever let [Derrick] go anywhere alone. And it was one block down, same side of the street.” 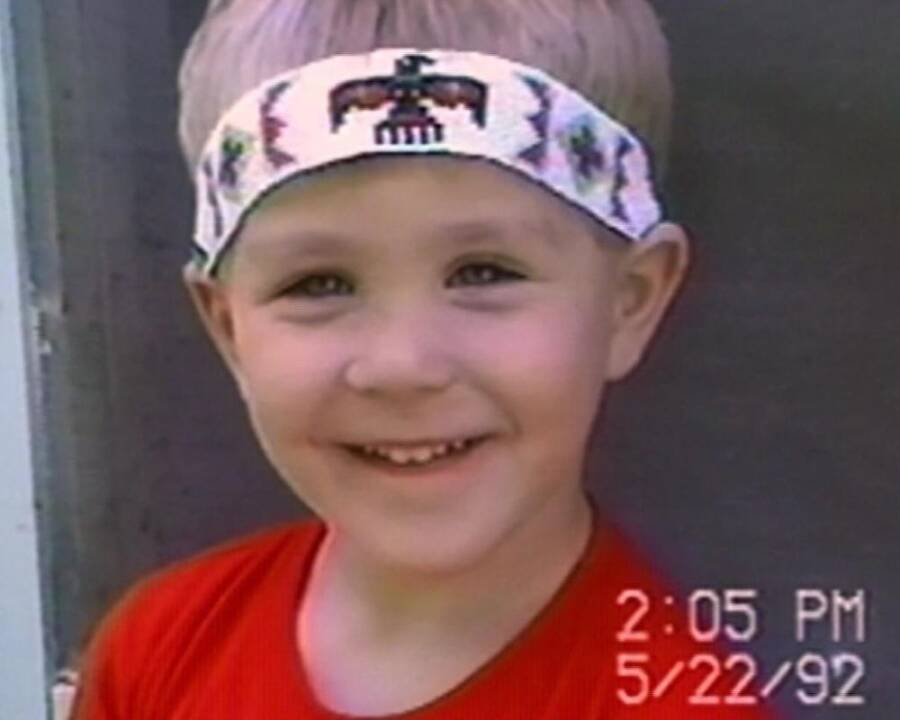 YouTubeDerrick Robie the summer before his death.

However, what should have been a quick, safe walk for the young boy turned deadly when 13-year-old Eric Smith spotted him. Smith lured Robie into the woods, telling him he knew a shortcut to the park. Then, he attacked.

According to Inside Edition, Smith strangled young Robie, dropped heavy rocks on him, and poured Kool-Aid from the lunch Doreen had carefully packed for her son into his wounds.

Once Robie was dead, Smith sodomized him with a stick he found lying on the ground nearby. He then fled the scene, leaving Robie’s body in a forested area just yards from the park.

Not long after Robie was killed, a thunderstorm blew in, and Doreen rushed to the park to pick up her son. It was then that she learned he had never arrived at the summer camp that morning,and she immediately called the police. 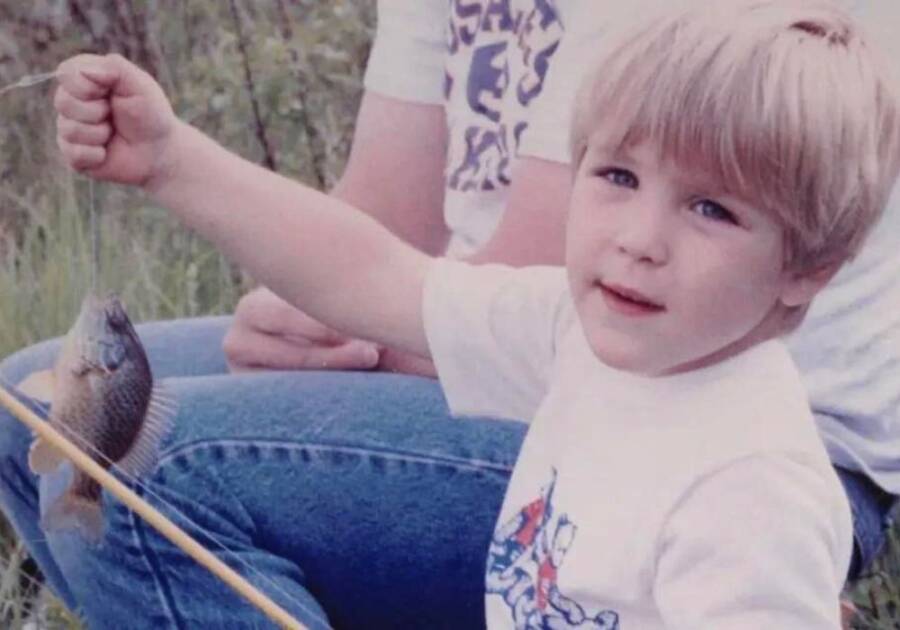 YouTubeDerrick Robie was a “wonderful child” who loved participating in recreation programs held at the park just a block from his home.

It only took officers a matter of hours to locate Derrick Robie’s remains. They were shocked by the brutality of the murder, and residents of the small town quickly began speculating about who could have possibly done such a terrible thing.

The answer would shock even the most seasoned investigators.

The Grisly Confession Of The “Freckle-Faced Killer”

In the days following the death of Derrick Robie, Eric Smith’s family became concerned about his behavior.

Smith approached a neighbor and family friend named Marlene Heskell about Robie the very night of the murder. “[Eric] asked me what would happen if it turned out to be a kid [who had killed Robie],” Heskell said. He also reportedly questioned her about DNA evidence.

Heskell assumed that Smith had perhaps witnessed the murder and had been threatened to keep quiet.

She approached his mother with her concerns, and they took Smith to the police station to speak with investigators. Though he denied any involvement at first, Smith eventually broke down and confessed: “I’m sorry, Mom. I’m sorry. I killed that little boy.”

When the news broke, the citizens of Savona were shocked. They’d assumed a stranger driving through the area had killed Robie. The little boy had been beloved by the whole town. He’d even earned the nickname “the unofficial mayor of Savona” because he was frequently seen sitting on his bicycle and waving at passersby.

Now, it was up to the police to determine exactly why murderer Eric Smith had committed such a horrific crime. 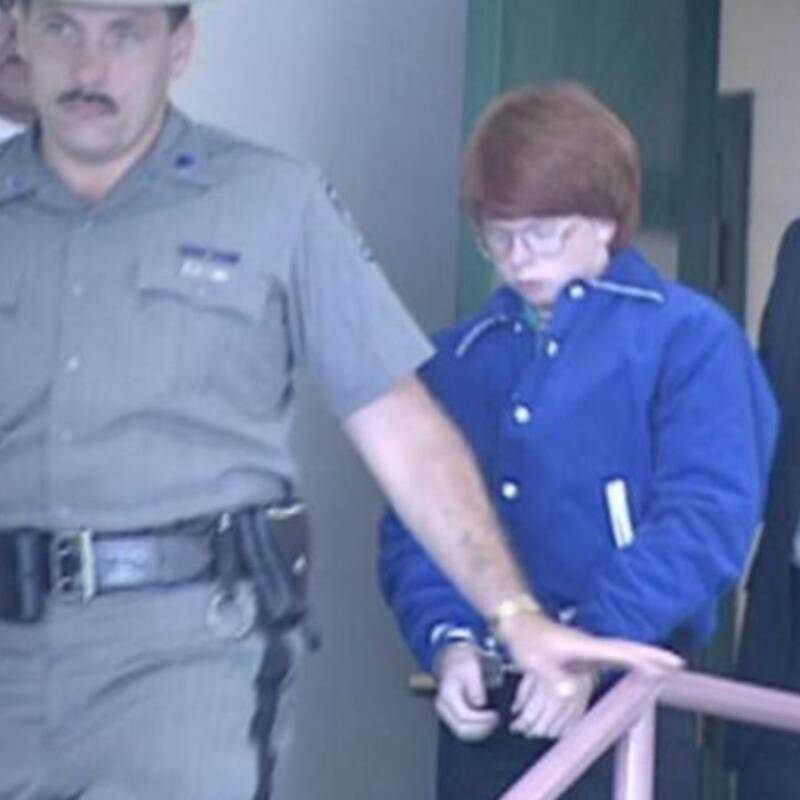 YouTubeEric Smith was tried as an adult for the murder of Derrick Robie.

John Hibsch, one of the investigators on the case, recalled to 48 Hours how disturbing it was listening to Smith speak about the murder. “[He] totally enjoyed it. Didn’t want it to end,” Hibsch said.

Similarly, John Tunney, the lead prosecutor, noted, “He could have simply killed Derrick, but he chose not to… Eric continued to deal with Derrick’s body because he wanted to, because he chose to, and, most frighteningly, because he enjoyed it.”

As the investigation unfolded, it was revealed that Eric Smith had been bullied for years leading up to the murder. According to the Rochester Democrat and Chronicle, Smith stated that he was constantly teased for his ears, glasses, red hair, and short stature. He wanted to take out his anger on someone — and Derrick Robie was simply in the wrong place at the wrong time.

“My anger wasn’t directed at Derrick at all,” Smith later said. “It was directed at… all the other guys that used to pick on me. And when I was torturing and killing Derrick… that was what I saw in my head.”

As Tunney put it, “Eric was tired of being the victim in his mind… and he wanted to see what it felt like to be the victimizer.”

Eric Smith was tried as an adult in 1993. The media dubbed him the “Freckle-Faced Killer,” and his case was widely followed by shocked viewers across the nation.

As reported by The Aquinas, Smith was ultimately convicted of second-degree murder and sentenced to nine years to life in prison. He was held in a juvenile detention center until he turned 21, at which point he was transferred to an adult prison.

At a parole hearing in 2004, Smith admitted that strangling Derrick Robie made him feel good because “instead of me being hurt, I was hurting someone else.” 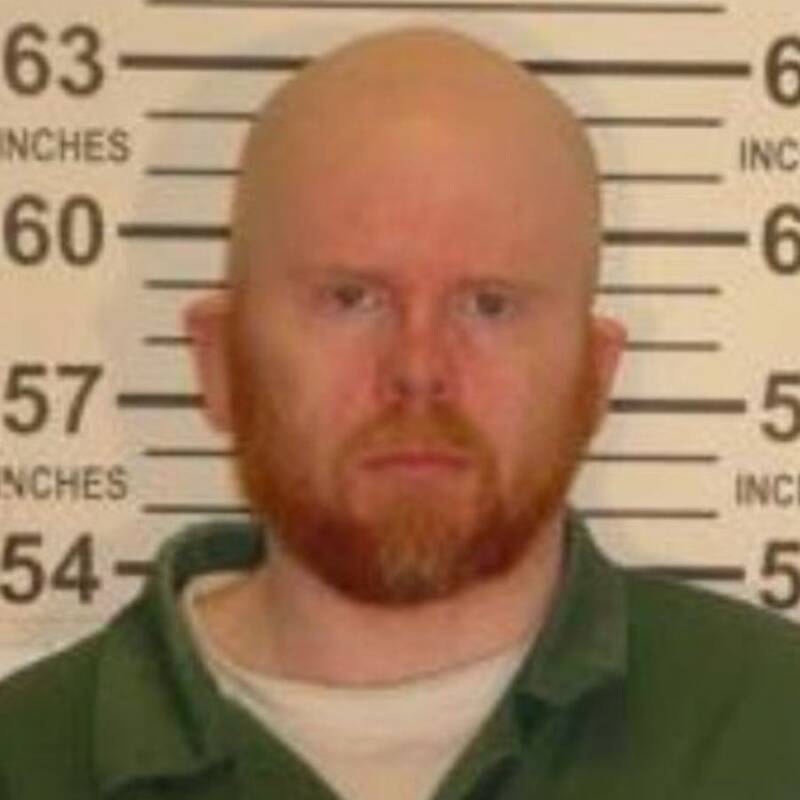 Twitter/WGRZEric Smith was denied parole numerous times before he was ultimately released from prison in February 2022.

He also confessed that he probably would have killed again had he not been caught.

Smith was denied parole numerous times over the decades, but after serving 28 years in prison, he was eventually released in February 2022. At his final parole hearing, he told the board that he was engaged to be married. His fiancée had reached out to ask him a few questions while studying to be a lawyer, and they’d fallen in love.

“I want to get married and raise a family,” he said, according to Inside Edition. “Pursue the American dream.”

Upon his release, Eric Smith moved to Queens, New York, where he is trying to live out that dream despite his violent past. “The 13-year-old kid that took [Derrick’s] life… is not the man standing in front of you,” he told the parole board at his final hearing. “I’m not a threat.”