Ernie Chambers was sick and tired of God's role in causing "widespread death, destruction and terrorization of millions upon millions of the Earth's inhabitants." So he sought a legal injunction. 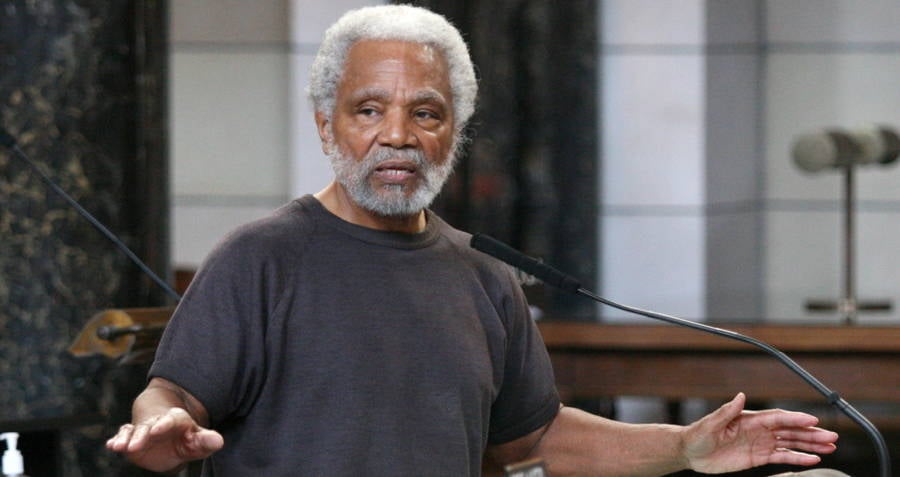 In August 2008, Nebraska Judge Marlon Polk presided over the matter brought before his courtroom that day: the lawsuit of state Senator Ernie Chambers vs. God.

The year before, citing the Almighty’s role in “fearsome floods… horrendous hurricanes, terrifying tornadoes… widespread death, destruction and terrorization of millions upon millions of the Earth’s inhabitants,” a state senator who’d served some 35 years had actually filed suit against God, seeking an injunction against all of these wrongdoings. What’s more, he actually got his case before a judge.

Granted, Polk quickly dismissed the suit before it could truly get started, but even that dismissal smacked of the absurdity of the entire affair. Ultimately, Polk threw out the case because the defendant (God) couldn’t be properly served, “because of his unlisted home address,” wrote the Associated Press.

Chambers countered by saying that “The court itself acknowledges the existence of God. A consequence of that acknowledgment is a recognition of God’s omniscience. Since God knows everything, God has notice of this lawsuit.”

Nevertheless, Polk dismissed the suit and the matter came to an end. Of course, a law school graduate and long-serving state senator like Chambers didn’t actually seek to win a suit against God in a court of law — he had other things in mind.

Chambers’ true goal, he said, was to protest any legislative efforts designed to restrict the filing of so-called frivolous lawsuits and preserve the openness of the courts to everyone, rich and poor. “The Constitution requires that the courthouse doors be open, so you cannot prohibit the filing of suits,” Chambers said. “Anyone can sue anyone they choose, even God.”

However, other contemporary reports from CBS, The Washington Post, and the like suggest that Chambers’ motives were just the opposite: He sought to protest the filing of frivolous lawsuits by filing the ultimate frivolous lawsuit.

Whatever Chambers’ true motives (CBS News did note that he “skips morning prayers during the legislative session and often criticizes Christians”), he certainly succeeded in calling attention to his case and the notion of frivolous lawsuits regardless of his stance on the matter — perhaps more so than even the others who have likewise filed suit against God.

Indeed, Chambers — himself known for other controversies including decrying police brutality during a 2015 hearing by claiming that “my ISIS is the police” — is not the only person to bring a lawsuit against God.

In fact, the very same year in which Chambers filed his suit, a Kansas City man sought $1 trillion in damages from God for, as he described it, not making him quite right and not running the world well. That suit didn’t get far at all before being dismissed.

To date, no suit against God has made headlines quite like the one filed by Ernie Chambers. Now just imagine if such a suit was ever victorious.

Next, read about the woman who recently sued Starbucks after spilling hot tea on herself and her dog. Then, read up on seven of the most unusual religious beliefs and rituals from around the world.