After two years, Ethan Couch — whose lawyers claimed his wealthy upbringing caused a condition in which he was too spoiled to feel remorse — is being released from jail. 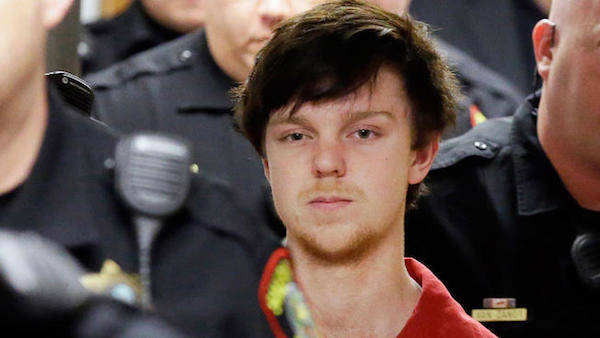 Wealthy people often receive get-out-of-jail-free cards. It’s a common accusation and criticism of the U.S. justice system. But the concept is not always used as literally as it was in the case of Ethan Couch, better known as the “affluenza teen.”

Couch is being released from jail on April 2, 2018, after serving a little under two years for four counts of intoxication manslaughter.

In June of 2013, 16-year-old Ethan Couch was driving his father’s truck in Burleson, Texas, when he hit and killed four people. He was driving at 70mph and had a blood alcohol content of 0.24%, which is three times the legal limit for an adult. He reportedly also had valium and marijuana in his system.

Couch’s case made waves when a psychologist testified on his behalf, stating that the teen had what was called “affluenza.” The psychologist and Couch’s lawyer argued that this was a psychological condition that caused wealthy young people to lack feelings of guilt and the ability to tell right from wrong.

There was a public outcry when Ethan Couch only received a 10-year probation sentence, which ordered him to remain drug-and-drink-free. He was also ordered to a mandatory stint in rehab.

In late 2015, a social media video surfaced that questioned whether Couch had violated his probation. In the aftermath, he fled to Mexico with his mother, Tonya Couch. The two were found and deported back to the United States.

In April 2016, Ethan Couch was sent back to court in Fort Worth, Texas, for breaking his probation. Because he was over 18 at that point, Couch was also able to be processed through the adult system. The “affluenza teen” was sentenced to 180 days in jail for each victim, adding up to 720 days total.

His release comes a few days before his 21st birthday. The sheriff’s office for the Tarrant County Jail said after Couch is freed, he will remain under strict probation supervision. He will be required to wear a GPS ankle monitor and will have a 9 PM curfew.

Meanwhile, Tonya Couch was charged with aiding and abetting in 2016 after she fled to Mexico with her son. She was freed on bond but was sent back to jail this week for violating her own probation after failing a drug test.

One of the men killed in Couch’s 2013 crash was youth pastor Brian Jennings. Tim Williams was a close friend of Jennings and served as best man at his wedding. For the past two years, Williams has been visiting Couch at the Tarrant County Correction Center on a weekly basis.

In explaining his compulsion to meet with Couch, Williams said, “If you imagine building a house with 20,000 bricks, one visit with Ethan might put two or three bricks in the wall.” Together, he tried to work with Couch on the concept of forgiveness on both their ends.

Upon Ethan Couch’s release, Williams said that he prays the “affluenza teen” has been transformed.

If you found that interesting, you may want to read about the innocent mentally handicapped man who was released from prison after 31 years. Then read about these six rich and famous people who probably got away with rape and murder.