It's been a year since Everett Palmer was given back to his family with his throat, heart, and brain missing, and the family is no closer to closure. 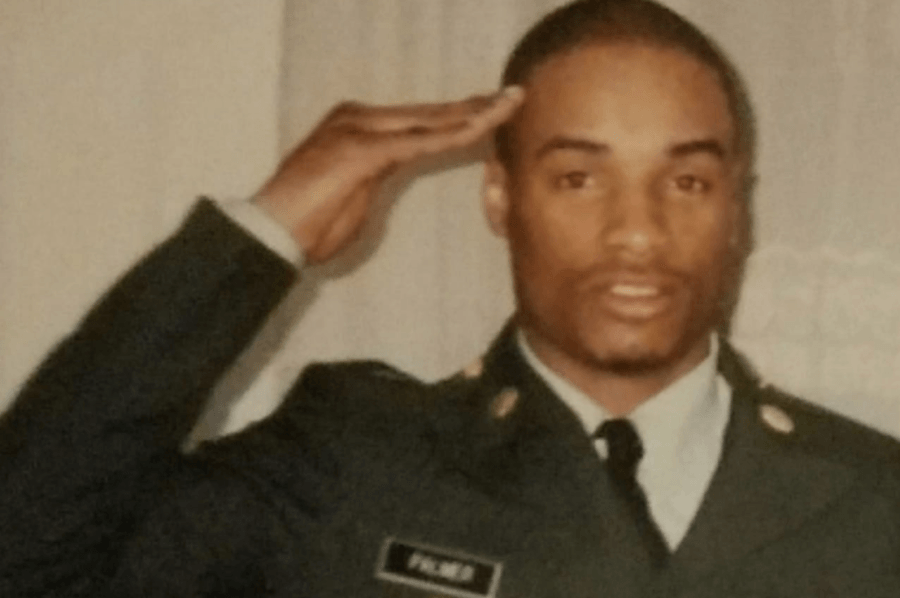 Last year, army veteran Everett Palmer Jr. called up his brother Dwayne, who lived in New York with their sick mother, to tell them that he would be heading there from Delaware to visit soon. But what was supposed to be a family reunion turned into a bizarre case of unsolved death when Palmer’s family received news that he had died in police custody in York County, Pennsylvania.

But that’s not even the most baffling part of this tragic case. After Palmer’s deceased body was returned to his family, they discovered that he was missing his heart, brain, and throat.

The Mysterious Death Of Everett Palmer

En route to visit his family, 41-year-old Palmer told his brother that he intended to settle an outstanding DUI from 2016 with the York County police department. Two days after turning himself into Pennsylvania authorities, on April 9, 2018, Palmer was dead.

“This entire case smacks of a cover-up,” civil rights attorney Lee Merritt, who the family has hired to seek justice over Palmer’s sudden death and subsequent mishandling of his body, told CNN.

Merritt stated that York prison and county officials have not been cooperative in providing the family with an official cause of death. But York County Coroner Pam Gay denied this claim and stated instead that “there were never any missing organs.” Gay asserted that the missing organs were actually removed and retained by an independent lab outside of the coroner’s office on purpose for additional testing.

“The lab that does our autopsies has the organs,” Gay said. “Coroner’s offices don’t always have a morgue or a forensic pathologist. We contract those services out. We utilize a team in Allentown. That’s who retains the specimens. They don’t always tell us what they retain.”

While the family knows where Everett Palmer’s missing heart, brain, and throat are now, they still have not received them nor have they been invited to the lab to view them. The lab in question has actually refused to return his organs to the Palmer family citing an ongoing investigation. Further, it remains unclear why exactly these organs were removed in the first place.

Stranger still, the official report from the coroner’s office attributed Palmer’s death to a bizarre episode during his detainment.

According to an initial autopsy by the county’s coroner office, Palmer suddenly became manic during which he “began hitting his head against the inside of his cell door” and was restrained. The report states that he became agitated due to “methamphetamine toxicity.” A “sickling red cell disorder” was also listed as a contributing factor to his agitation.

Palmer was later moved to a hospital where he was pronounced dead. Despite this report, two months later the coroner’s office listed the cause of death as “undetermined.” 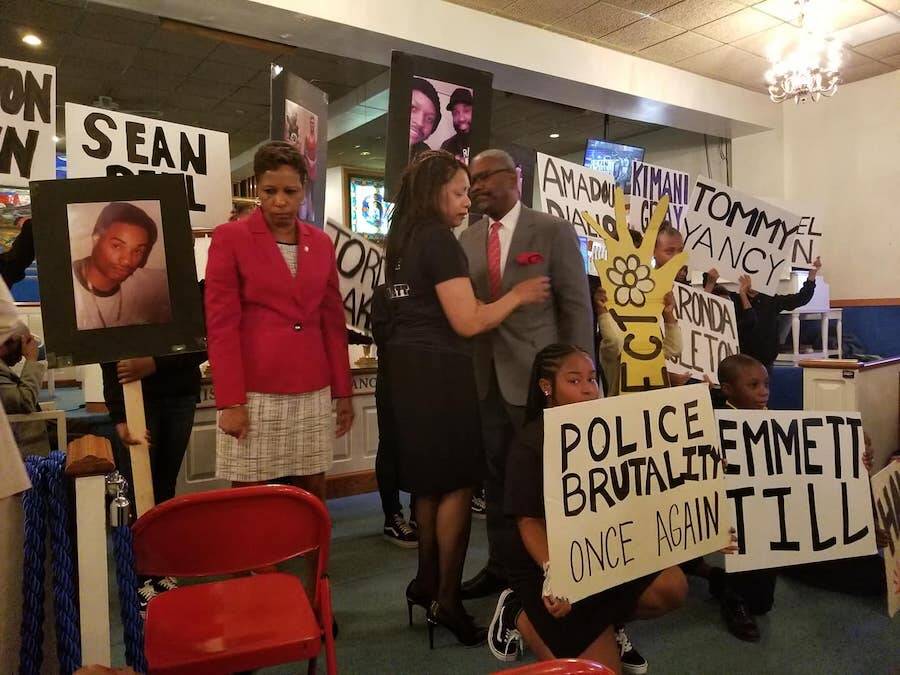 Justice4Everett/FacebookFamily and friends gathered at a 2018 rally to seek justice for Everett’s mysterious death.

The family has since debunked this autopsy report and explained that the self-abuse described therein did not sound like something the sibling of five would do. Moreover, Palmer’s family stated that he had no history of health problems and while he did have some issues in the past with drug use Palmer had never used meth.

Prison processing reports did not show that Everett Palmer was under any influence or had drug paraphernalia on his person upon arrival at the York County Prison. “He would have had to receive (the meth) in the jail itself. We don’t believe that happened,” Merritt said.

“We don’t believe anything [authorities] are telling us at this point,” Palmer’s brother Dwayne said. “It’s a tremendous loss for our family. We are devastated.” He described his late brother as a “gentle giant” who had a warm personality and was the glue that kept their big family together.

Dwayne continued, “He wasn’t a perfect person, but certainly not somebody that’s a rabble-rouser, fighting, starting trouble or anything like that. He was a loving person.”

Gay noted that the removal of the throat is common for these types of cases to determine definitively that there was no component in the death that caused asphyxia. While Merritt does not deny that it is indeed standard procedure for organs which are suspected to have experienced trauma to be removed for further examination, he does argue that misplacing these organs is highly unusual.

Merritt continued, according to the Washington Post, that there was “so much mystery and unanswered questions in a way that violates every policy and procedure the state has.”

State agencies involved in the case, including the York County prison, the York County District Attorney’s Office, and even the Pennsylvania State Police, have either declined or could not be reached for comment.

Everett Palmer is survived by his two sons. For now, his family will continue to seek answers despite the challenges they have thus far endured.

After this look at Everett Palmer, read up on this disturbing murder mystery involving a crossbow in a German hotel. Then, check out another strange case in which three Americans died within five days of each other at the same tropical resort.