A hotel employee found three guests killed with crossbow bolts to the head and chest — but the case got much, much weirder. 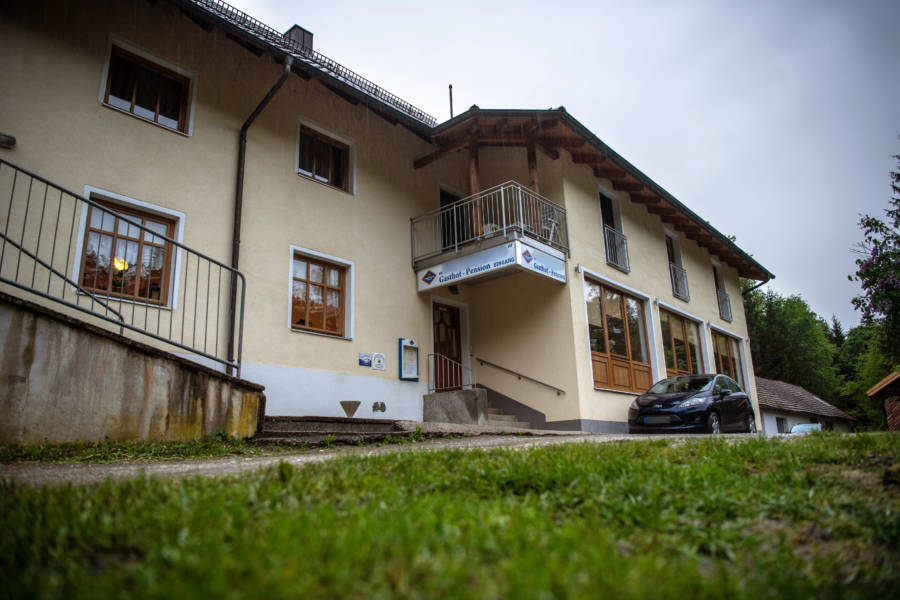 Lino Mirgeler/AFP/Getty ImagesThe hotel where the dead were found sits on the banks of the Ilz River in Passau, in southeastern Germany.

In a bizarre, yet-unsolved murder mystery right out of Game of Thrones, three guests at a German hotel near the Austrian border were found killed via crossbow. According to the Miami Herald, the crime scene in Passau only got stranger from there.

The investigation was already confusing enough when police arrived at the scene. The hotel maid discovered the three bodies during a routine room cleanup. A man and a woman were lying in bed together, holding hands, while a younger woman was on the floor. No one had heard any commotion the night before.

Most disconcerting, perhaps, was the fact that police discovered two more dead women on Monday — in the apartment of one of the three deceased hotel guests, more than 400 miles away. Two crime scenes — separated by hundreds of miles, one involving crossbow bolts and both having as-yet-unknown motives — have befuddled the law.

Oddly enough, Bavarian police spokesman Stefan Gaisbauer stated that there are no indications that anyone other than the three hotel guests was involved in the crossbow deaths. The autopsy results are expected on Tuesday.

“We assume that no other people were involved in the deaths of the three,” he said. 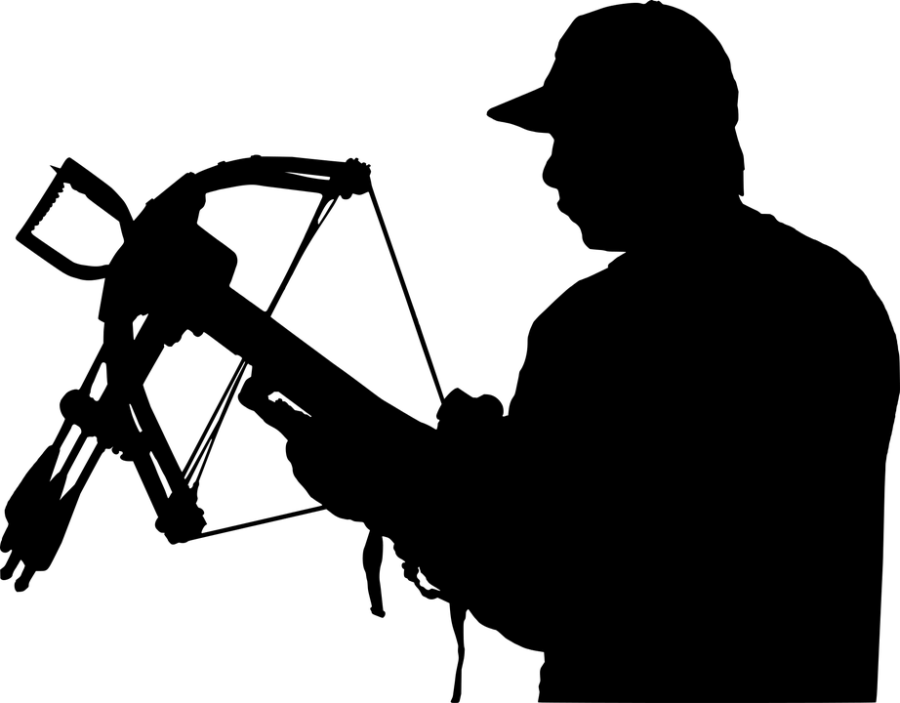 PixabayNot a single suspect has been made public, besides an unidentified man whose pickup truck had a hunting club sticker on it.

The police explained that the identities of the two women found in the Wittingen apartment haven’t been confirmed. How they died — and whether the medieval bolt-propelling weapons were involved — hasn’t been confirmed yet, either.

The police’s top priorities are establishing how the two scenes are connected, as well as formulating an informed roster of suspects.

All three hotel guests were German citizens. The 53-year-old man and 33-year-old woman were from the village of Berod in Rhineland-Palantine, in southwestern Germany, while the 30-year-old woman found on the floor was last registered in Wittingen.

Passau prosecutor Walter Feiler said the couple lying in the bed had multiple bolts in them. The woman on the floor had only been shot once. On Saturday, police found two crossbows. On Monday, they found another one — unused and inside a bag. 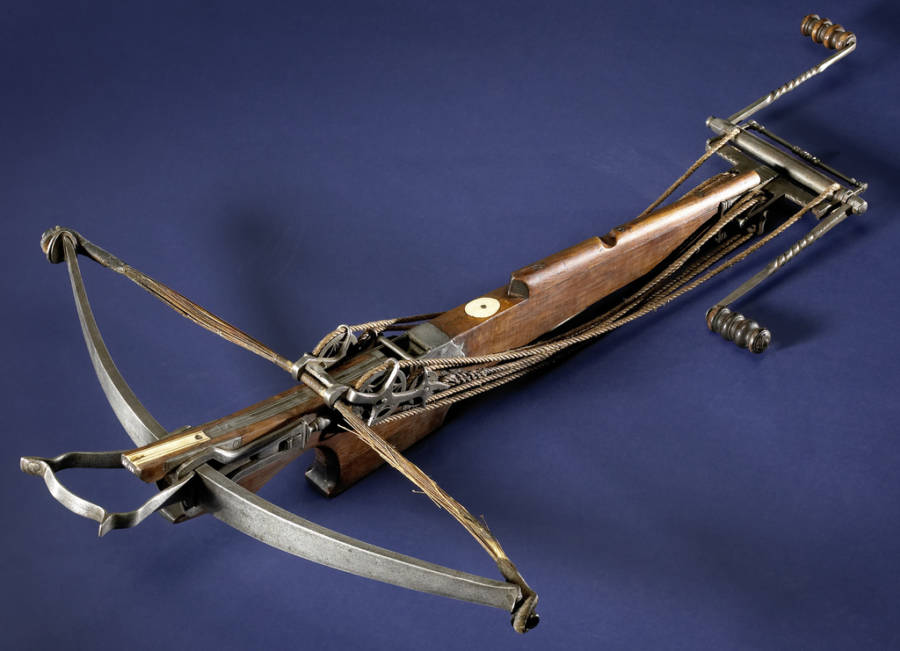 PicrylIt’s unclear whether the murder weapon was of the medieval variety, as pictured here, or a more modern compound bow.

According to the BBC, an unidentified hotel guest told the local Passauer Neue Presse that the evening in question had been a “completely quiet night.” The hotel manager revealed that all three guests planned on staying for three nights, but didn’t come down for breakfast.

Daily German publication Bild reported that the couple lying in bed had bolts to the head and chest, while the younger victim on the floor was found lying in a pool of her own blood, and one bolt through the chest. While crossbows are entirely legal in Germany, with the only barrier to purchase being an age requirement of 18, the incident is still confounding.

A hotel guest described them as “strange,” adding that the man had a long white beard, and the women were dressed in black. Upon arrival on Friday evening, they wished other guests a “good evening” and retreated to their second-floor room with bottles of water and Coca-Cola.

The police, meanwhile, have seized a white pickup that was parked outside the hotel. The vehicle had stickers on it linked to a hunting club. 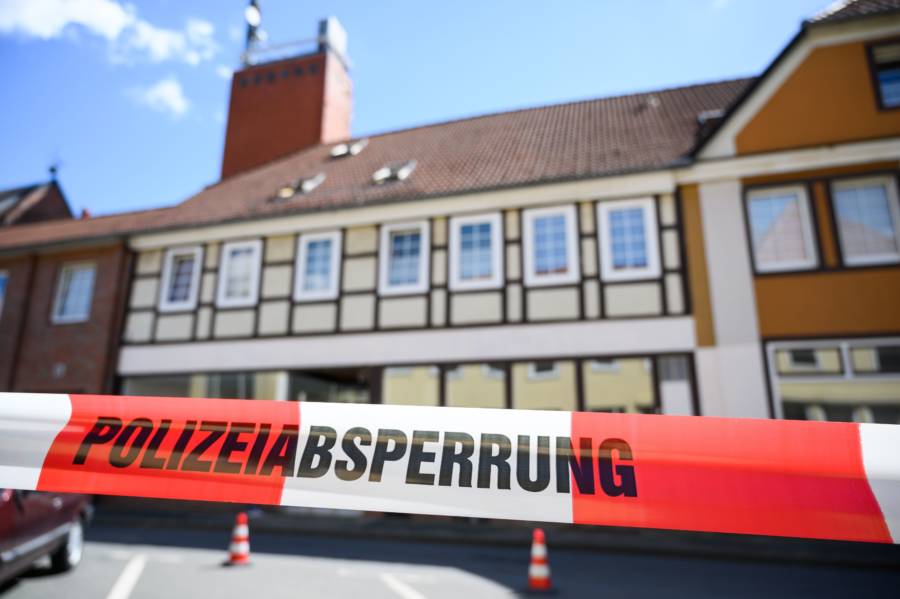 Christophe Gateau/AFP/Getty ImagesPolice found two other bodies in the Wittingen apartment of one of the three dead hotel guests. The two crime scenes are 400 miles apart at opposite ends of Germany.

This isn’t the first time crossbows have been used in modern times for curious killings. Just last month, a woman opened the door to a supposed deliveryman who nearly killed her when he shot a bolt into her chest, according to the Washington Post. Even more recently, a 74-year-old Welshman was shot and killed by a crossbow bolt while he was fixing his satellite dish, according to The Guardian.

According to the Roanoke Times, while two Virginia men raced each other during a road rage incident last year, one of them fired a crossbow at the other man’s car.

It’s unclear why people seem to be using crossbows with greater frequency — perhaps it’s because they’re sometimes easier to acquire than a firearm, or because of the weapon’s historical aspect, or both.

But the Germany killings are yet unsolved. Ultimately, the answers might be just as strange as the incident itself. We’ll just have to wait and see.

According to the BBC, the mysterious bearded man is believed to have been the cult leader of a group entranced by medieval folklore. All three deceased hotel guests are believed to have died in a murder-suicide pact.

Naturally, the new revelations get even stranger: cult leader Torsten W. was said to have treated his subjects like slaves. He controlled his dedicated followers with both mental manipulation and physical force, which would explain the voluntary deaths of both 33-year-old Kerstin E. and 30-year-old Farina C.

The wills of Torsten W. and Kerstin E. have since been discovered at the crime scene, with police handling the case as a “requested killing and suicide.” The current theory is that Farina C. shot them both before turning the crossbow on herself.

As for the two women found dead in the Wittingen apartment, a connection besides its lease owner being Farina C. has now been confirmed: 35-year-old primary school teacher, Gertrude C. was Farina C.’s lover. The other person was a 19-year-old woman who is yet unidentified.

In terms of Torsten W.’s attributes as a cult leader, the ominous figurehead was allegedly highly influential to his devotees.

“Investigators suspect they were all members of a kind of sex circle with a focus on the Middle Ages,” RTL reported upon interviewing his acquaintances. “Torsten W may have been the guru of the group.”

Bild reported that Torsten W. was “in relationships with several women whom he ruled over like a master,” while RTL spoke with a couple who feared the unidentified 19-year-old might have been their daughter, Carina C.

Carina C. had met and gravitated toward the cult leader a few years ago, but fortunately broke off all connection to him ever since. At the time, however, she had become increasingly anti-social, depressed, dyed her hair black, and moved out of her parents’ home.

Carina “was raving about Torsten, Torsten, Torsten,” the mother said. Her father was bewildered at the man’s seemingly supernatural prowess and admitted that “until today I don’t understand how someone manages in four to six weeks to manipulate someone like that.”

The Wittingen deaths remain unsolved. No crossbows were found at the scene. A toxicology report is likely to be released in a matter of days.

After learning about the mysterious crossbow killings at a German hotel, read about Germany’s “New Jack the Ripper,” who killed prostitutes all over Hamburg. Then, read the tragic story of Joyce Vincent, the dead woman who went unnoticed for two years.