The cache belonged to German doctor and anatomist Hermann Stieve, who made a deal with the Nazis to collect tissue samples from the dead bodies of their executed prisoners. 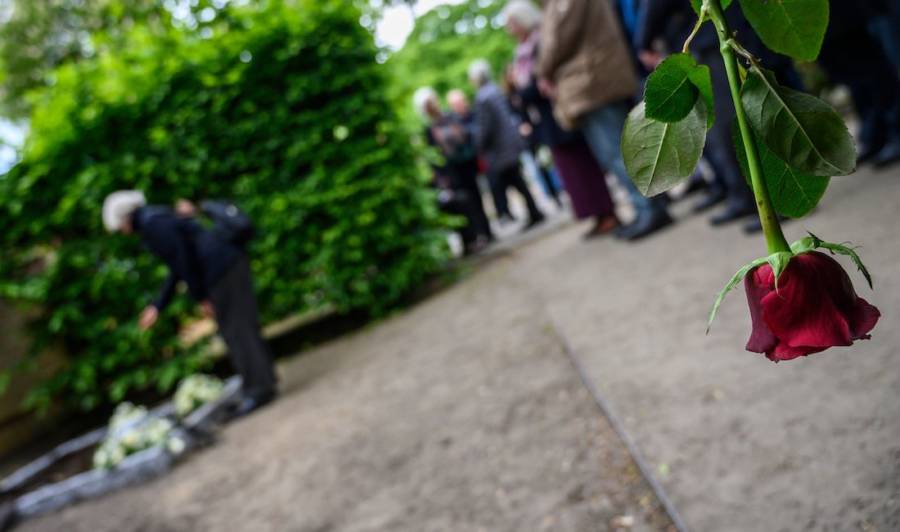 John Macdougall/AFP/Getty Images300 tissue samples were uncovered by the descendants of the German anatomist Hermann Stieve, who dissected the bodies of resistance fighters during World War II.

In 2016, about 300 tissue samples that came from the remains of prisoners who were executed by the Nazis were discovered in the archives of a doctor named Hermann Stieve.

The tiny tissue samples—each measuring no more than a hundredth of a millimeter thin and one square centimeter in size—wouldn’t typically warrant a burial under regular circumstances. But the ceremony is meant to honor the resistance fighters from which the tissues came.

“With the burial of the microscopic specimens… we want to take a step toward giving the victims back their dignity,” said Karl Max Einhaeupl, head of Berlin’s university hospital Charite. According to France 24, the burial is part of a larger historical project led by the hospital in an effort to confront the historical relationship between the country’s medical experts and Nazism.

The discovered tissue samples came from an old medical archive that belonged to Hermann Stieve, a former director of the Berlin Institute of Anatomy. Although Stieve was not an official member of the Nazi party, he had formed an agreement with the regime to receive tissue samples from the remains of executed prisoners in exchange for Stieve’s services to help destroy all traces of the remains.

Since his specialization was research on the female reproductive system, Stieve was particularly keen on obtaining the bodies of “abruptly” deceased women. According to The Guardian, Stieve described his need for anatomical remains as “raw material of the kind possessed by no other institute in the world” in a 1938 letter to the Nazi Health Minister.

His demands were met by a steady supply of bodies that came from the nearby Plötzensee prison, where more than 2,800 people were executed by the Nazis between 1933 and 1945.

The bodies were quickly supplied to Stieve, sometimes in as little time as 15 minutes after their execution. Once he had harvested the tissues he needed, the rest of the bodies were cremated and buried in anonymous graves.

As many as 184 names, 172 of them women, were listed in his autopsy records. At least 20 specimens were marked with names, but the rest were only identified by numbers. 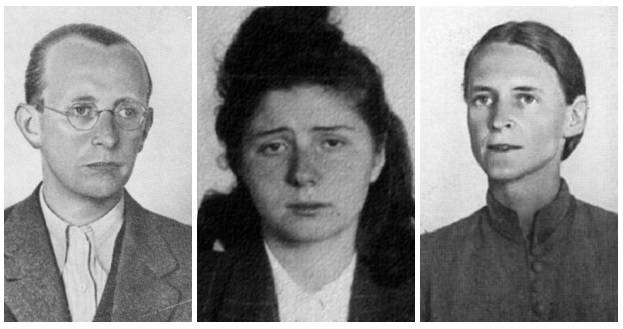 Members of the Red Orchestra that were executed by the Nazis whose bodies were then given to Hermann Stieve.

The Nazis executed 42 resistance fighters from the anti-Nazi group Red Orchestra. Stieve dissected 13 of the 18 bodies that came from the Red Orchestra’s female members, among them the wife of the organization’s leader, Libertas Schulze-Boysen, and the only female American executed by the Nazis, Mildred Harnack.

Stieve was never prosecuted for his involvement with the Nazis, and was even able to continue his practice as a scientist after the war when the Soviet-run East German state was established. He eventually died of a stroke in 1952.

The doctor’s collection of tissue samples was discovered decades later by his descendants, who passed them on to German research bodies. Andreas Winkelmann, a professor of anatomy at Brandenburg Medical School in Neuruppin, was tasked with determining the origin of the samples.

According to Winkelmann, the bodies of the executed prisoners were sent to Stieve for dissection as a way to humiliate the victims, even after their death. 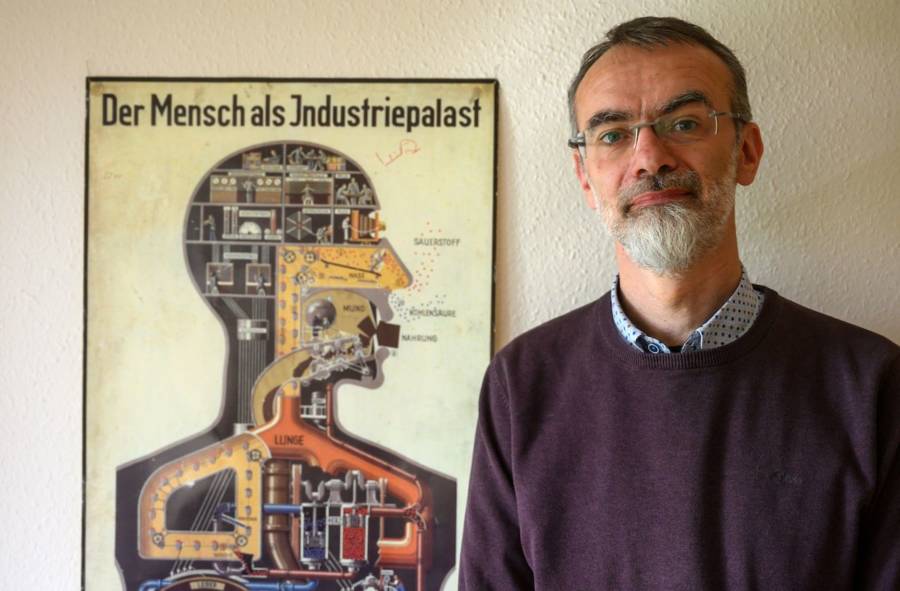 John Macdougall/AFP/Getty ImagesDepartment head at the Institute of Anatomy of the Brandenburg Medical School (MHB) Andreas Winkelmann identified the origins of the tissue samples that were discovered.

“First, by sending them to anatomy—something that not everyone wants… and it was also a way to deny the victims a grave,” Winkelmann told AFP.

The cemetery itself was chosen because it is home to the graves of a number of anti-Nazi fighters. It is also where a handful of historical German figures have been laid to rest, including playwright Bertolt Brecht, novelist Heinrich Mann, and philosopher Georg Wilhelm Friedrich Hegel.

Next, learn about the horrors of Auschwitz as they are revealed by a prisoner’s buried letter. And then, read the tale of Edith Cavell, the British nurse who was executed during World War 1 for being a spy.