Meet Stephen Wiltshire: An Autistic Artist Who Can Draw Entire Cities From Memory 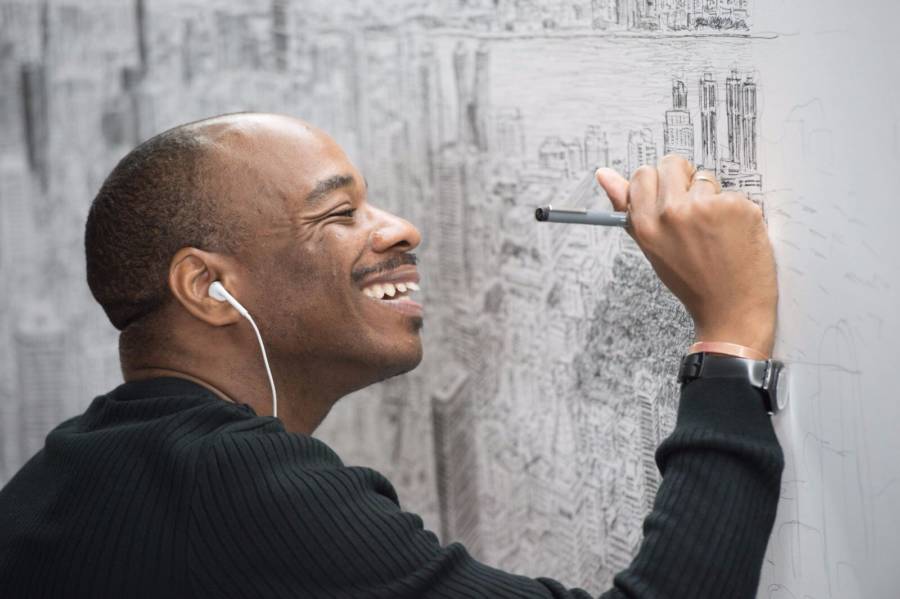 After just one helicopter ride over Singapore, he spent the next five days drawing the cityscape in exquisite detail — entirely from memory. Yet, when he was just three, doctors wrote off young Stephen Wiltshire due to an autism diagnosis. But now, at age 45, the brilliant Wiltshire is taking the art world by storm. 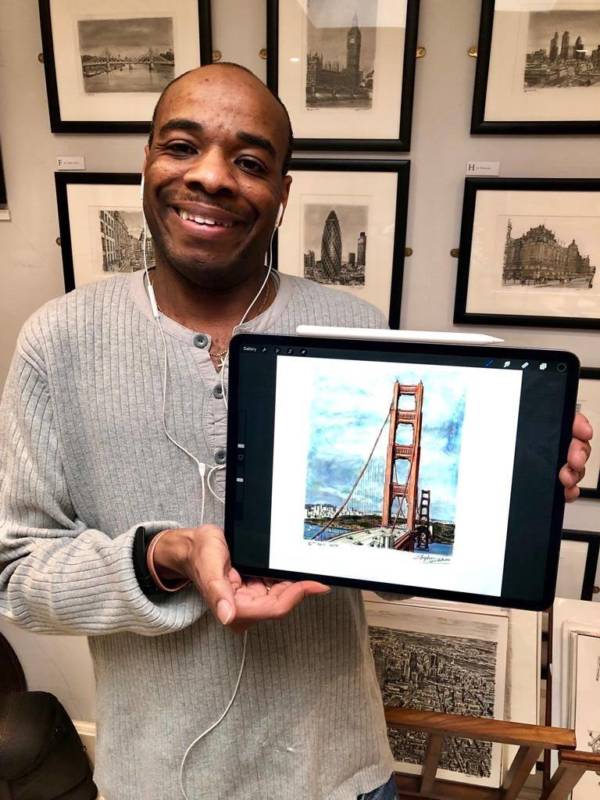 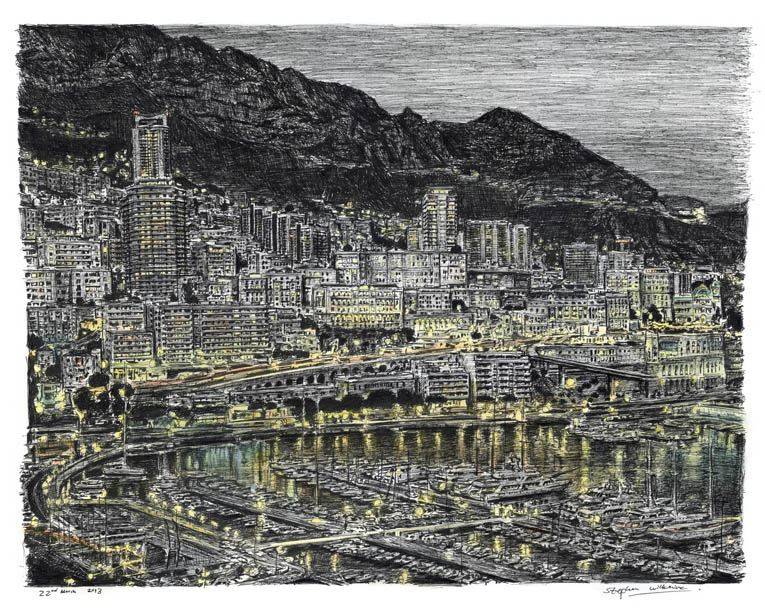 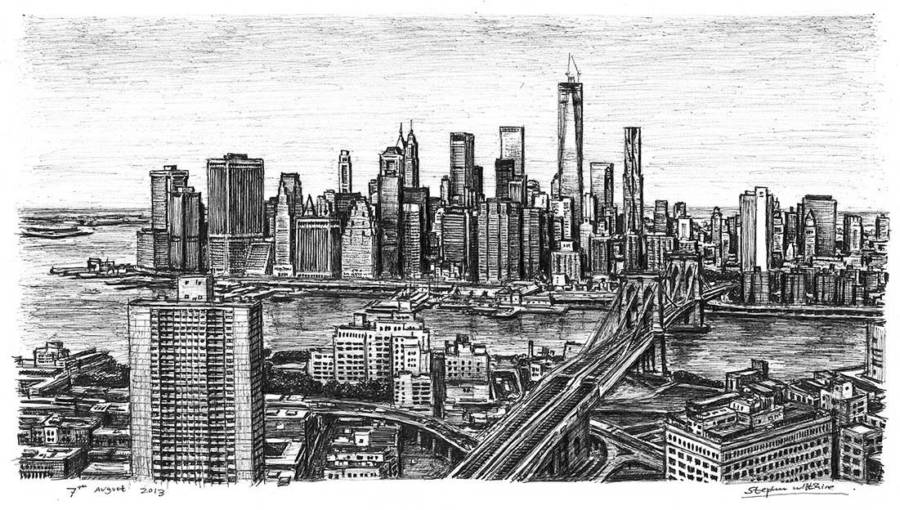 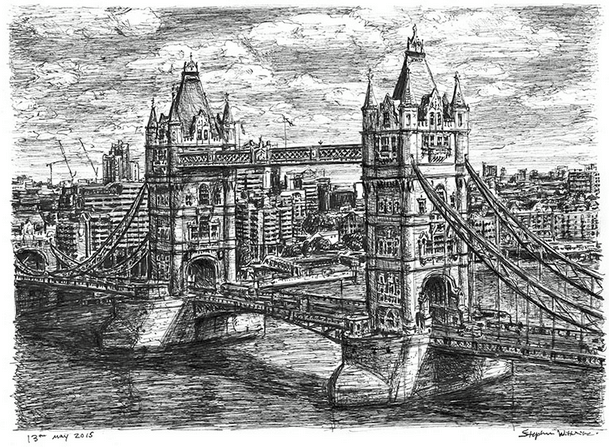 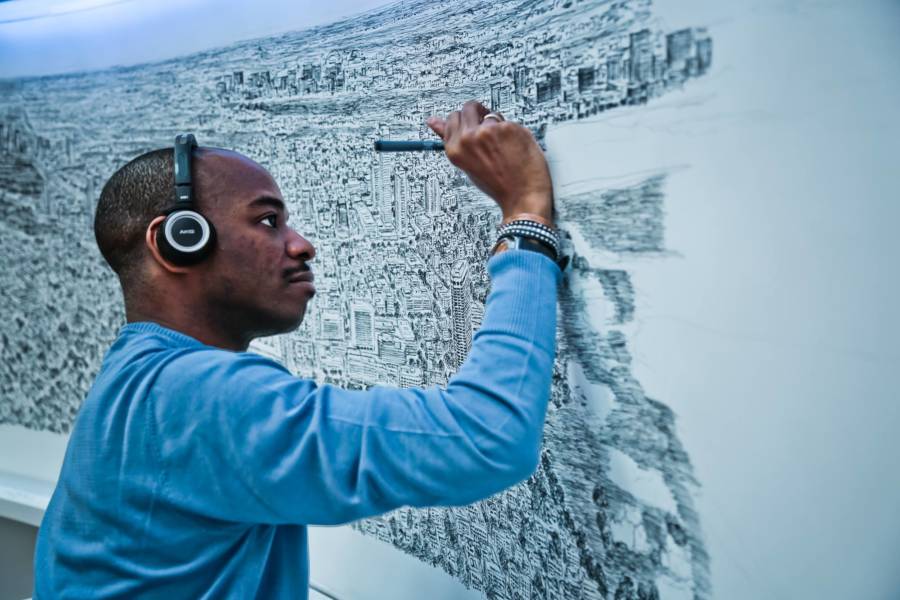 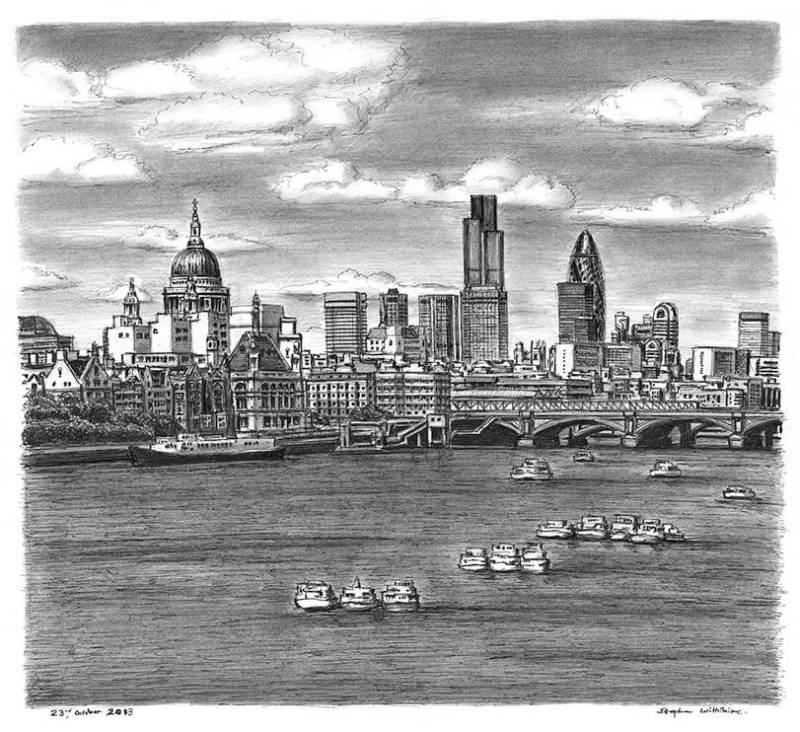 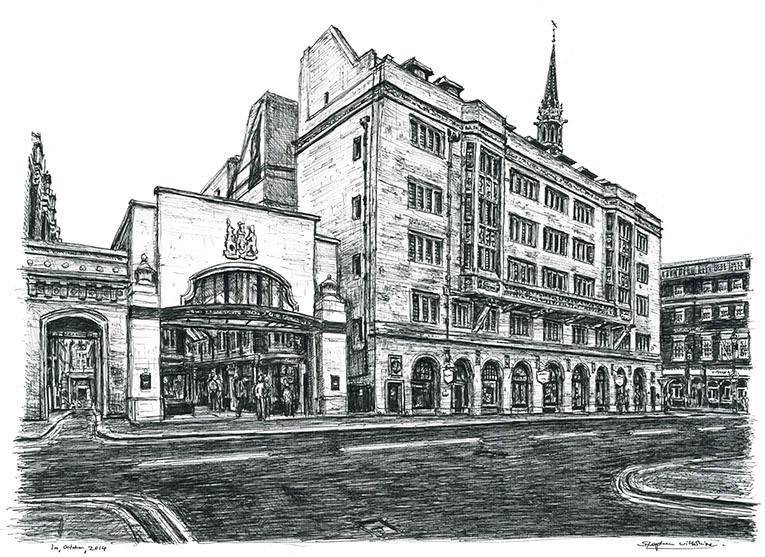 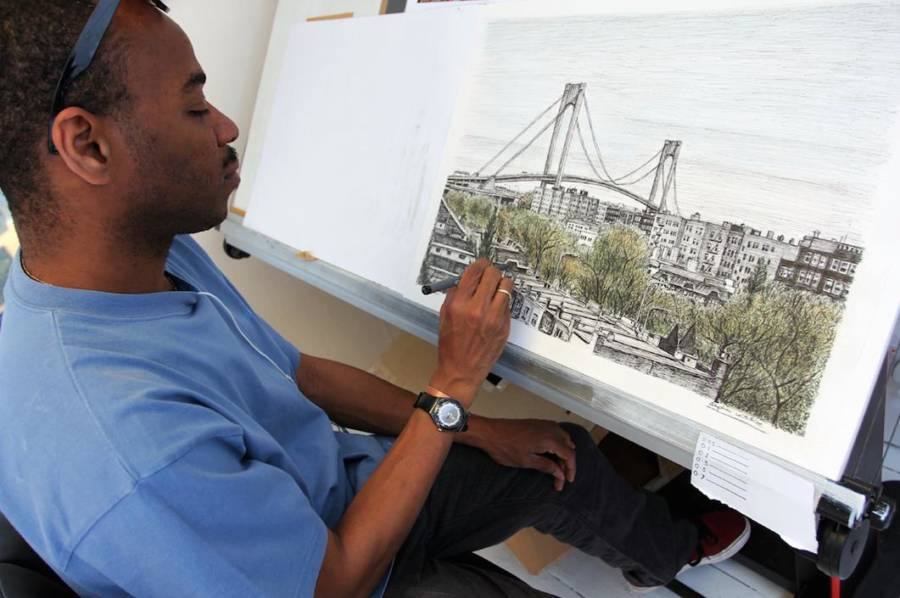 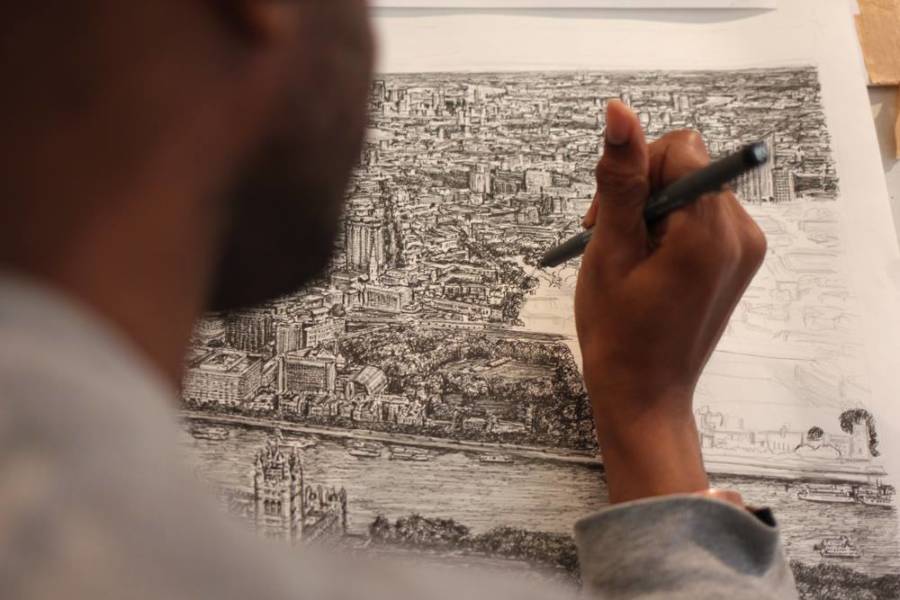 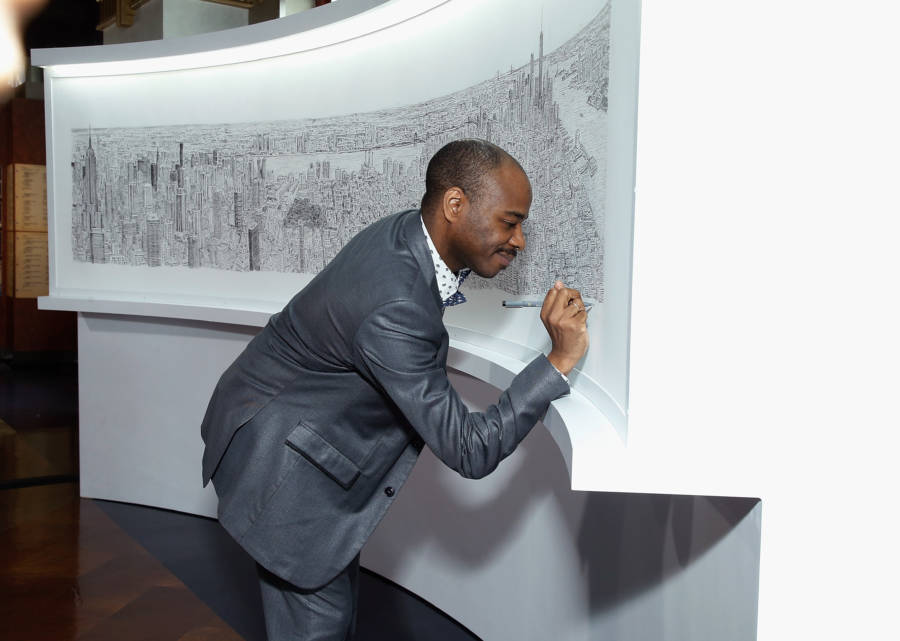 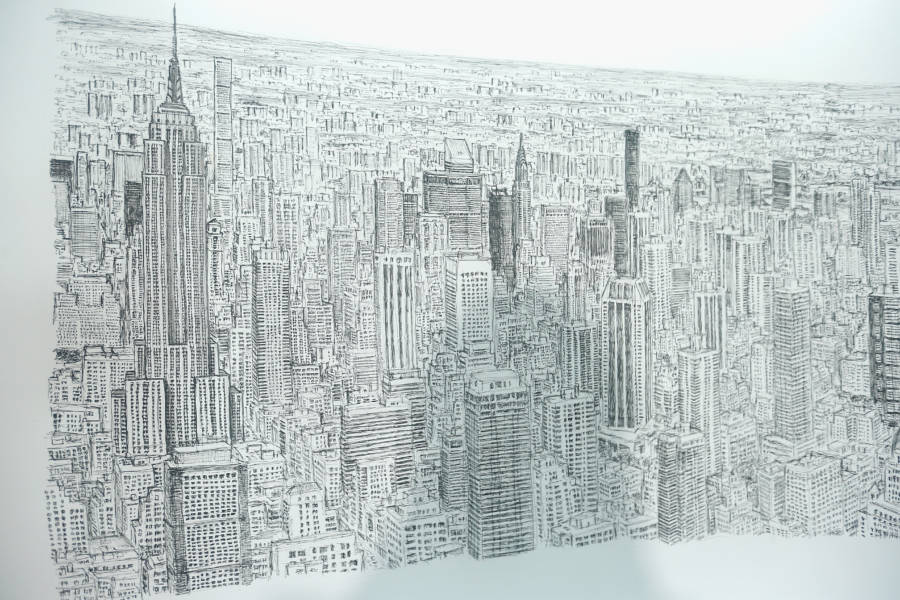 For the first three years of Stephen Wiltshire's life, he didn't speak. His parents, both immigrants from the West Indies, initially believed his speech development was just delayed. In 1977, at age three, doctors diagnosed him with autism. His father died that same year in a motorcycle accident.

As was the case with many autism diagnoses in the 1970s, they gave Wiltshire's family a bleak outlook, telling them it was unlikely he would succeed due to his developmental issues.

However, he soon began to prove those who doubted him wrong. At the age five, Wiltshire entered the Queensmill School in London, a school for autistic children.

It was there that he showed a keen interest in drawing. At first, he drew animals and cars. Then sketches of famous London buildings, as well as aerial views of imaginary cities ravaged by earthquakes after he learned about earthquakes in school. Before long he developed a textbook-level understanding of American cars and produced more complicated cityscapes. 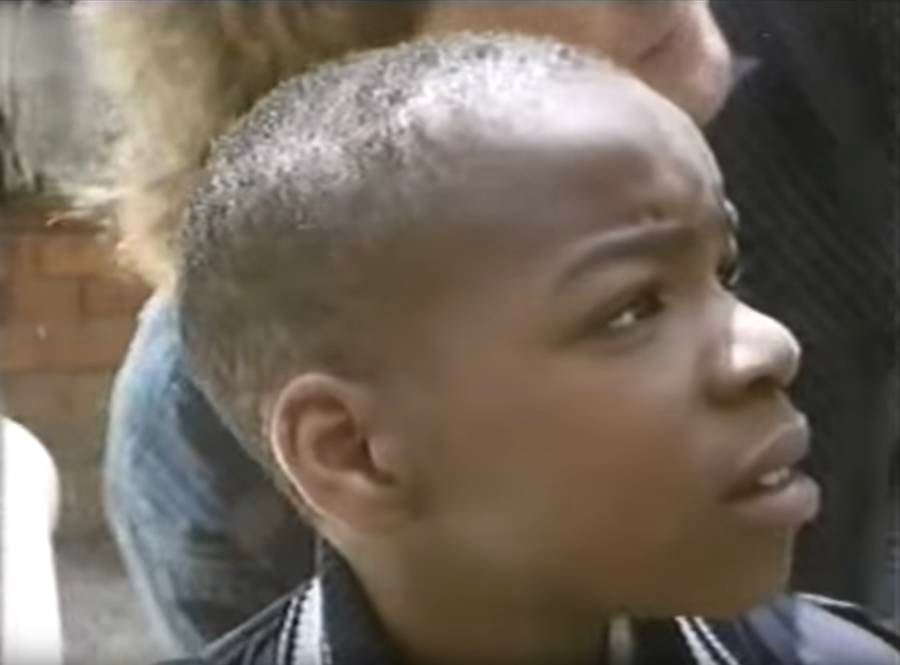 YouTubeStephen Wiltshire as a young boy.

In order to get Wiltshire to speak, his teachers hid his art supplies — that way, they figured, he would have to learn how to ask for them. Before long, he said his first word: "paper." He spoke fully by age nine.

A Passion Becomes A Career

Wiltshire received his first commission when he was just eight years old. He created a sketch of the Salisbury Cathedral for Prime Minister Margaret Thatcher. Two years later he would complete one of his first recognizable works titled "The London Alphabet." This collection of drawings featured famous London landmarks, one for each letter of the alphabet.

The BBC's popular science documentary television series, Q.E.D., featured an 11-year-old Stephen Wiltshire in a 1987 broadcast on autistic savants. To test his skills, the show took him to a building he'd never seen before — the ornate, Victorian-era St. Pancras train station in central London — and had him draw it from memory later that day.

His drawings astounded prominent British architect Sir Hugh Casson. "He is a wonderful natural draftsman," Casson declared. "I've never seen such natural and extraordinary talent as this child seems to have... I hope he knows he's got it."

Eleven-year-old Stephen Wiltshire and his drawings are featured on the BBC.

When he was just 13, his first book was published: a collection aptly named Drawings. The book featured a preface by Casson. By the time he graduated from the City & Guilds of London Art School in 1998, he had published three more books. His 1991 book Floating Cities topped the Sunday Times bestseller list.

Today, Stephen Wiltshire spends much of his time sketching cityscapes. He keeps his pieces in a permanent gallery in London and shows them all over the world.

He generally takes a short helicopter ride over his subject, taking in the important parts and gauging the size of the site. Then, he spends five to ten days sketching it on a giant canvas. Sometimes he even draws in front of engaged audiences.

In 2014, Stephen Wiltshire took a helicopter ride over Singapore. He then drew the entire city from memory in five days in front of 150,000 people.

Stephen Wiltshire received an MBE — Member of the Most Excellent Order of the British Empire — for services to the art world in 2006. Much of the time, Wiltshire's work benefits, or is in support of, a foundation or cause, including arts education for kids.

He has drawn Sydney, Australia's skyline, in support of the Autism Spectrum Australia. Wiltshire has also drawn the skylines of Singapore, Hong Kong, Madrid, Dubai, Jerusalem, London, and Frankfurt.

In New York City, he has sketched sites like Ellis Island and the Statue of Liberty, the Hudson River shoreline of New Jersey, and the Brooklyn Bridge. One of his most famous works is the skyline of Rome, in which he managed to get the number of pillars on the Pantheon exactly right, despite seeing the building for less than a minute.

Wiltshire's sister, Annette, recently told The Guardian that it's her brother's artistry — not his autism — that really sets him apart:

"Stephen has no understanding of autism...However he does understand that he is an artist, an artist in his own right and [should] not be labeled with this title. It's important to concentrate on his talent and how he has overcome his hurdles."

After learning about the unbelievable talents of Stephen Wiltshire, check out the world's coolest street art. Then, read how 23 famous people with autism went on to do wonderful things.