Meet Jadav Payeng: The “Forest Man Of India” Who Created An Entire Forest Himself Over 40 Years

Jadav Payeng would not sit idly by while his island home flooded and washed away. He started to plant trees. He has since created a 1,000-acre forest home to snakes, monkeys, and elephants alike. 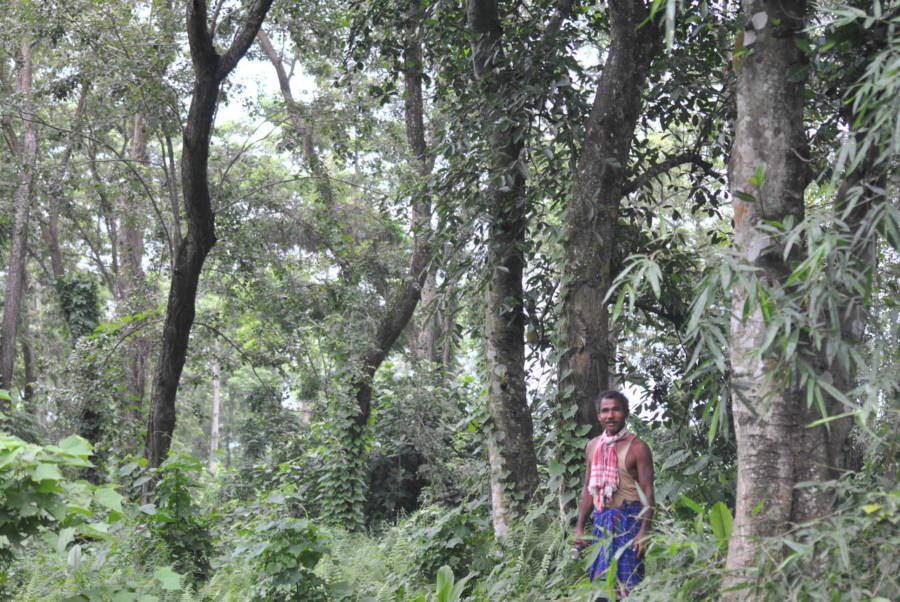 Photo by Jitu Kalita/picture alliance via Getty ImagesOver the past 30 years, “Forest Man” Jadav Payeng has planted an entire forest on his own on an island on the Brahmaputra river.

When Jadav Payeng saw his homeland turned into a natural wasteland, he took action and single-handedly created a lush forest. It’s taken nearly 40 years, but that forest today spans over 1,300 acres.

An Ecosystem Eroded Away

Majuli island is located on the Brahmaputra river in the Indian State of Assam’s Jorhat district. The area is inhabited by the Mishing tribe and is home to over 170,000 people who have recently seen some devastating changes to their centuries-old way of life.

Over the past century, Majuli has lost nearly 3/4 of its landmass. Although the Brahmaputra has always flooded each spring due to the melting of ice in the Himalayas with the arrival of warmer temperatures, the river’s flooding has reached new and dangerous levels over the past decades, potentially due to climate change and earthquakes.

The flow of the river has become so powerful that it completely eroded the strip that connected Majuli to the mainland and has washed away the area’s greenery. The flooding has left behind a landscape void of trees and grass, filled only with sand.

In 1979 Majuli suffered a particularly devastating flood. Jadav Payeng, then a young native of the island, recalled how in its aftermath hundreds of snakes had been swept up in the flood and then lay dead, piled up in the baking heat.

The hellish scene inspired Jadav Payeng, now 58-years-old, to take action. Shortly after, he took the first step in what would become a massive undertaking: he planted seeds.

As Payeng recalled the impetus for his guerrilla gardening, “When I saw it, I thought even we humans will have to die this way in the heat. It struck me. In the grief of those dead snakes, I created this forest.”

The piles of dead animals who were unable to find shelter in the sandbars made him realize that without trees, the human inhabitants of the ecosystem were at risk of a similar fate.

Payeng reasoned that the trees’ roots would bind the soil and soak up excess water which would help to prevent future floods and sinking land. With this in mind, Jadav Payeng simply began to drill deep holes into the land with a stick, into which he then poured seeds.

Jadav Payeng was no government-certified specialist and his technique was far from complex, but some 40 years later his simple strategy has paid off.

Today, the seeds Payeng has scattered have grown into a forest larger than Central Park. The once-barren wasteland is covered by an approximately 1,360-acre forest (compared to Central Park’s 840-acred one).

The sandbanks are now roamed by birds, monkeys, tigers, and even elephants. Dubbed the “Forest Man of India,” Payeng has “lost count” of the number of trees he’s planted over the decades, but their totality is nothing short of astonishing. 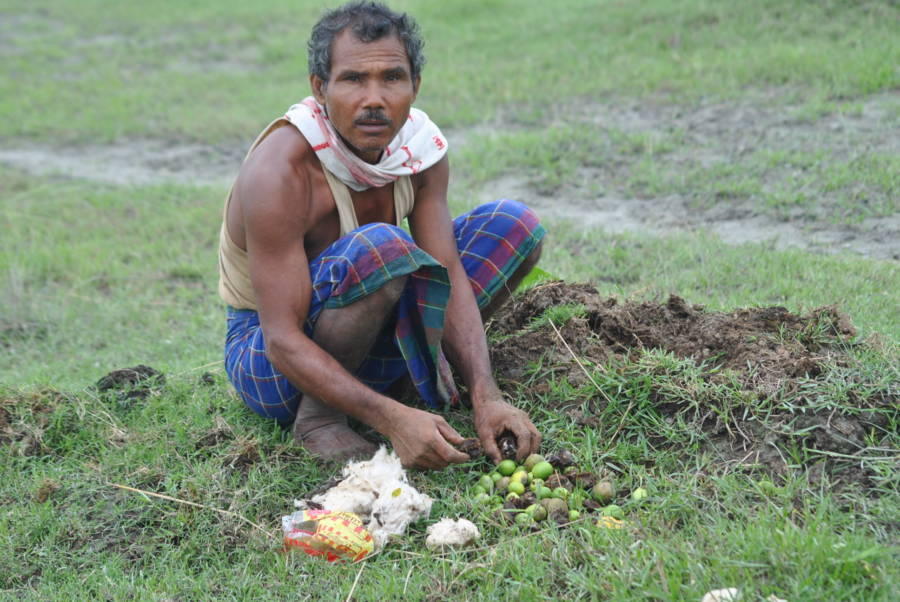 The effect of Jadav Payeng’s handiwork is striking, with the lush green of the forest contrasting sharply to the barren monotony of the landscape which it borders. Payeng concedes that he didn’t manage this gargantuan feat entirely on his own as Mother Nature had lent him a helping hand.

The Forest Man claims he only started the process and then let nature take its course. “You plant one or two trees, and they have to seed. And once they seed, the wind knows how to plant them, the birds here know how to sow them, cows know, elephants know, even the Brahmaputra river knows.”

The Forest Man of India

The outside world remained largely unaware of Payeng’s triumph for decades. It wasn’t until a group of forest department officials in pursuit of a herd of destructive elephants stumbled into the region in 2008 and were “surprised to see such a large and dense forest.”

The Forest Man himself only began to attract attention after being introduced to nature photographer Jitu Kalita in 2009. “I was exploring a barren part of the Brahmaputra by boat when I saw something strange,” Kalita remembers, “it looked like a forest far in the distance … I couldn’t believe my eyes.”

Kalita published an article on Jadav Payeng in a local newspaper and from there, the legend of the “Forest Man of India” took on a life of its own. This would ultimately culminate in a 2013 short film titled Forest Man that proved a smashing success at Cannes.

The State took an official interest shortly following this recognition, and Payeng has since received many high honors from his country. In 2015, Payeng was awarded India’s highest civilian honor, the Padma Shri. 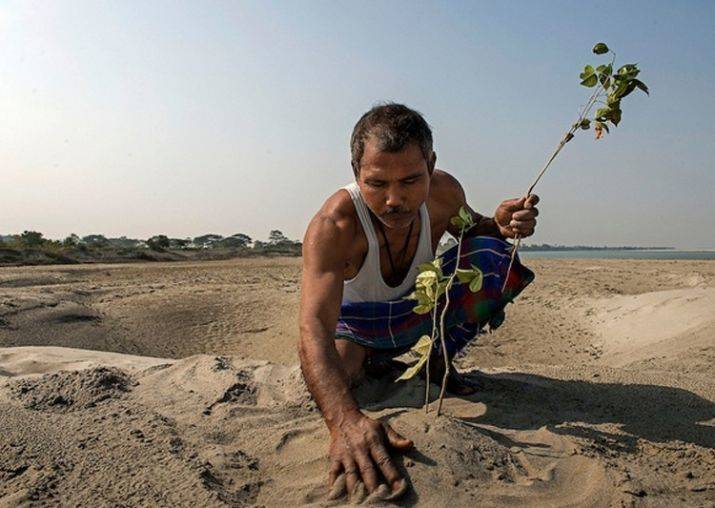 IndiaTVnewsJadav plants into the barren sand.

Jadav Payeng still lives in Majuli and he meets with the tourists who now frequent the area. He continues to protect the forest which he declares, “my biggest home. You will have to kill me first before you kill the trees.”

After this look at Jadav Payeng, travel around the world to look at some more fascinating forests, like Poland’s eerie Crooked Forest. Then, check out China’s astonishing Vertical Forest.