Threatened By Deforestation And Chlamydia, Koalas Are Now “Functionally Extinct”

"I have heard every excuse under the sun to not step in and protect habitats. It is time [the government] enacted the [Koala Protection Act] and create change for our koalas." 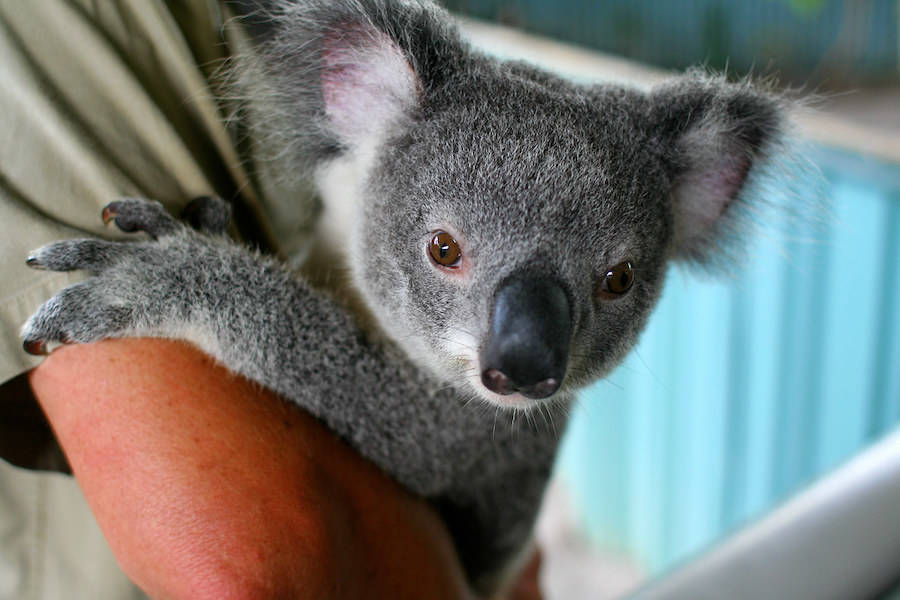 Taz/FlickrWildlife organizations have been pushing the Australian government to pass the Koala Protection Act as the species experiences rapid decline.

It is no secret that the health of our environment and the animals that inhabit it have been severely declining. The Australian koala is the latest animal species under threat to go extinct after the Australian Koala Foundation (AKF) announced that there are no more than 80,000 koalas in Australia, which puts the species under the category of “functionally extinct.”

The statement from AKF called on the next prime minister to pass the Koala Protection Act. Australia’s federal elections are this Saturday, and opposition leader Bill Shorten is likely to be the next PM.

“After 31 years I have worked with Ministers Richardson, Kelly, Faulkner, Hill, Kemp, Campbell, Turnbull, Garrett, Burke, Butler, Hunt, Frydenberg, and Price yet no support for the koalas have been shown,” said AKF Chairman Deborah Tabart. “I have heard every excuse under the sun to not step in and protect habitats. It is time they enacted the [Koala Protection Act] and create change for our koalas.”

According to PBS, there are three reasons why a species would be categorized as “functionally extinct.” The first is that a species’ population has declined so much that it no longer plays a significant role in its ecosystem. Koalas, which have been around for at least 30 million years, have contributed significantly to the health of the eucalyptus forests. They eat the upper leaves of the plants and leave their droppings to fertilize the forest floor. But now there are so few koalas that their activity no longer contributes meaningfully to the health of eucalyptus forests.

The second explanation behind the label “functionally extinct” is that the rate of their population’s growth has declined so rapidly that it has outpaced their growth which makes their population no longer viable. One of the primary threats to the koala population is its rapidly diminishing habitat, the eucalyptus woodlands. A shrinking habitat and an insufficient number of animals left to reproduce creates a deadly concoction that ultimately ends in extinction.

Finally, the label “functionally extinct” can also refer to a small population that suffers from low genetic diversity and inbreeding. A species needs a high level of genetic diversity in order to survive, or else it can be much more easily wiped out from a pathogen or the effects of climate change. Whereas if a species has a high level of diversity, there’s a greater chance that some of them will survive and reproduce.

Koalas are native only to the forests of eastern Australia and reside in urban and rural areas in four states. Its extremely wide habitat range — nearly 400,000 square miles — and the animal’s antisocial behavior have made it difficult for researchers to estimate its total population in Australia.

But in 2016, a team panel of 15 biologists figured out a system using a structured, four-step question format to estimate bioregional population sizes of koalas, and changes in those sizes. They estimated the total number of koalas in Australia was 329,000, and that that number would decline by 24 percent in the next three generations. Queensland saw the most startling level of decline, losing more than half of its koala population in three generations. 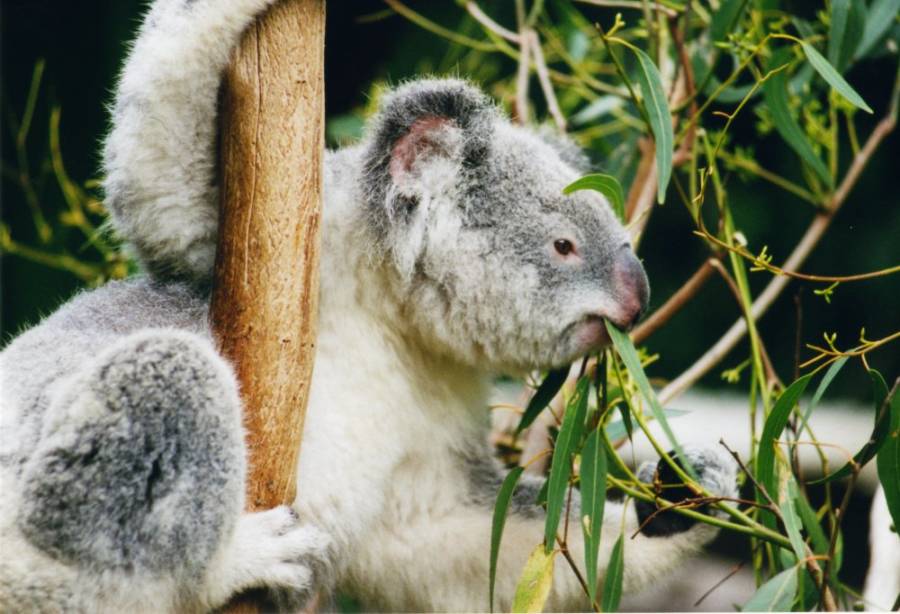 Wikimedia CommonsKoalas are gentle creatures and spend most of their days eating eucalyptus leaves and sleeping.

Koalas have always been a delicate species and have gone nearly extinct before. According to AKF, 8 million koalas were killed for their fur and sent to London between 1890 and 1927. Ten years later, they were declared a “protected species” — but their habitats remained unprotected. Deforestation has long threatened the species, as have European-introduced diseases like chlamydia — some populations have a 100 percent infection rate of the disease, which can result in blindness, infertility, and death. Cars and dogs kill an additional 4,000 koalas every year, according to the AKF.

“I know the Australian public are concerned for the safety of koalas and are tired of seeing dead koalas on our roads,” said Tabart. “It is time for the government to respect the koala and protect its habitat.”

Next, read about the “silent extinction” of giraffes due to American trophy hunting. Then, learn about de-extinction and how some species can come back to life.