"There was an almost complete turn over in the fauna. Everything…went extinct. Yet as the Aldabra rail still lives on today, something must have happened for it to have returned."

Wikimedia CommonsThe Aldabra rail went extinct when its island was submerged 136,000 years ago. It only took 20,000 years for its ancestor to return, and evolve back into the flightless Aldabra.

The term “extinction” is usually permanent. When a species is wiped out, that’s almost always the end of it. According to CBS News, however, the Asian bird known as the Aldabra rail has re-evolved its way back into existence from the same ancestral species more than once.

Published in the Zoological Journal of the Linnean Society, a study found that the bird’s native habitat, the Aldabra Atoll in the Indian Ocean, has undergone multiple complete submersions in the past. Each of these events eradicated every species on the island, yet the Aldabra has always re-evolved back into existence.

This process of what’s called iterative evolution is certainly rare but has a sound biological foundation. The Aldabra rail is simply a species whose ancestral lineage allows it to repeat the same evolutionary path over and over again.

Past iterations can be killed off, but on a long enough timeline, the species can re-emerge. Life, as they say, will find a way.

An ITV News segment on the Aldabra rail’s evolutionary resourcefulness.

Despite descending from the white-throated rail, the Aldabra is distinct in that it’s a flightless bird. When the eponymous atoll was submerged around 136,000 years ago, the species had disappeared — or so it seemed for a few thousand years.

“Aldabra went under the sea and everything was gone,” said lead researcher, Dr. Julian Hume, an avian paleontologist and research associate at the Natural History Museum, in a statement.

“There was an almost complete turn over in the fauna. Everything…went extinct. Yet as the Aldabra rail still lives on today, something must have happened for it to have returned.”

According to fossils, the white-throated rail species then re-colonized the island at some point after the submerging. Once again, the Aldabra rail evolved as a flightless variety of its ancestor, as the lack of predators on the island didn’t incentivize the capability of flight.

“These unique fossils provide irrefutable evidence that a member of the rail family colonized the atoll, most likely from Madagascar, and became flightless independently on each occasion,” said lead researcher, Dr. Julian Hume, an avian paleontologist and research associate at the Natural History Museum.

“Fossil evidence presented here is unique for rails, and epitomizes the ability of these birds to successfully colonize isolate island and evolve flightlessness on multiple occasions.” 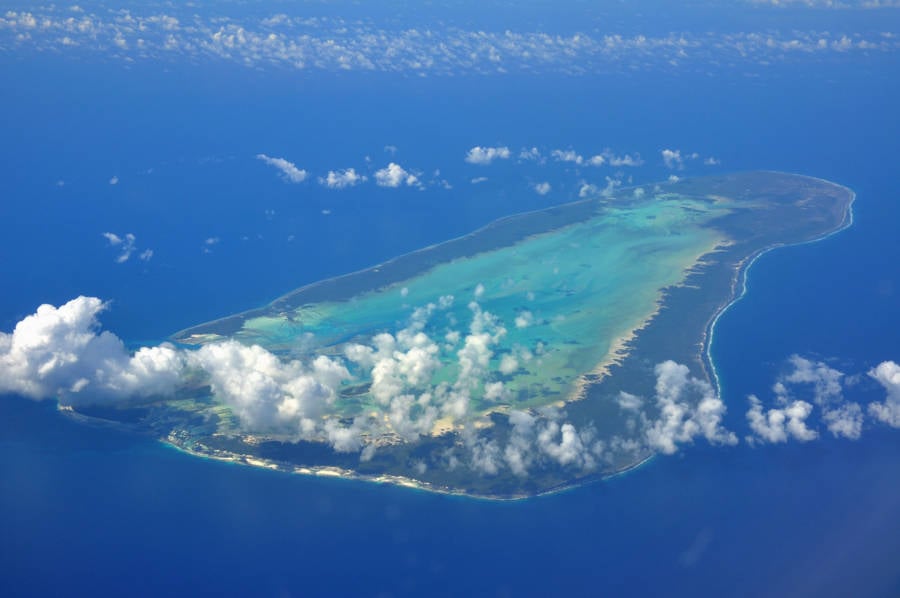 Wikimedia CommonsThe Aldabra islands are a UN World Heritage Site and are not inhabited. They form the largest lagoon in the Indian Ocean.

The lack of predators on the island may have seemed like a lucky draw for the Aldabra, but the resultant lack of flight also meant it couldn’t flee the island when sea levels began to rise.

While the Aldabra might appear physically helpless due to its lack of flight, its evolutionary resilience has certainly shown how resourceful this bird actually is. While the Dodo vanished for similar reasons, the Aldabra simply bounced back completely once sea levels tapered off.

“There is no other case that I can find of this happening,” said Dr. Hume, “where you have a record of the same species of bird becoming flightless twice. It wasn’t as if it were two different species colonizing and becoming flightless. This was the very same ancestral bird.” 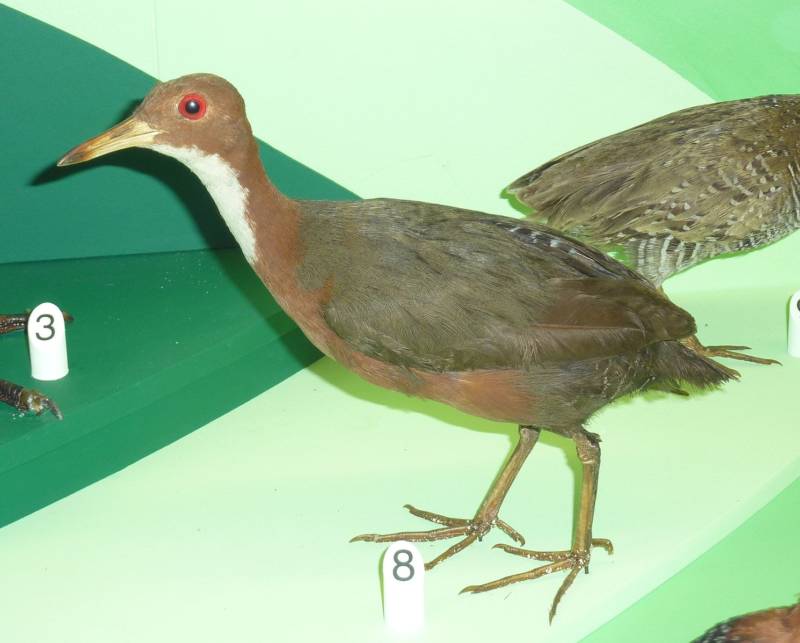 Wikimedia CommonsThe white-throated rail, or Dryolimnas cuvieri. The Aldabra rail evolved from this ancestral species more than once.

This study is the first time iterative evolution has been documented in rails. Scientists claim it’s one of the “most significant” instances of this phenomenon ever observed in birds.

“We know of no other example in rails, or of birds in general, that demonstrates this phenomenon so evidently,” said co-author, professor David Martial, a paleobiologist at the University of Portsmouth.

“Only on Aldabra, which has the oldest paleontological record of any oceanic island within the Indian Ocean region, is fossil evidence available that demonstrates the effects of changing sea levels on extinction and recolonization events.”

In the end, the Aldabra rail is the last surviving species of flightless bird in the Indian Ocean. A recent study found that a million species of plants and animals are threatened by extinction. While the Aldabra rail may well be one of them, it has a pretty good track record of coming back around.

After learning about the Aldabra rail returning from extinction, read about giraffes facing “silent extinction” due to American trophy hunting. Then, learn about de-extinction: the process of bringing extinct species back to life.