The Most Famous Designs Of Frank Lloyd Wright

Internationally renown for pushing the limits in architecture, a fascinating tour of the most famous designs of Frank Lloyd Wright. 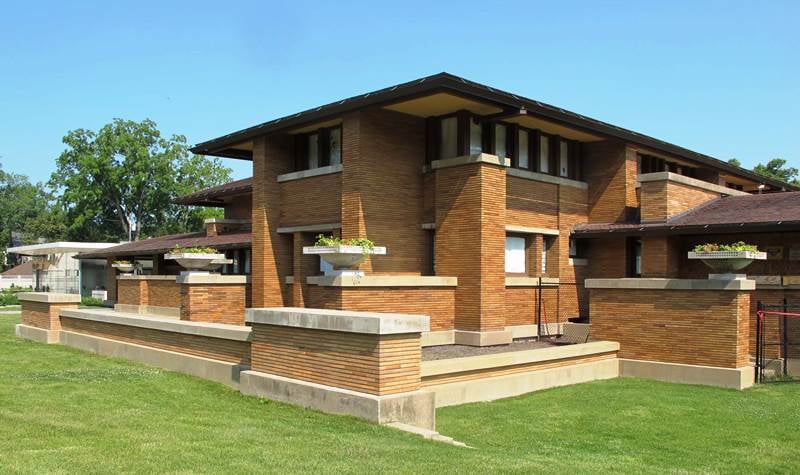 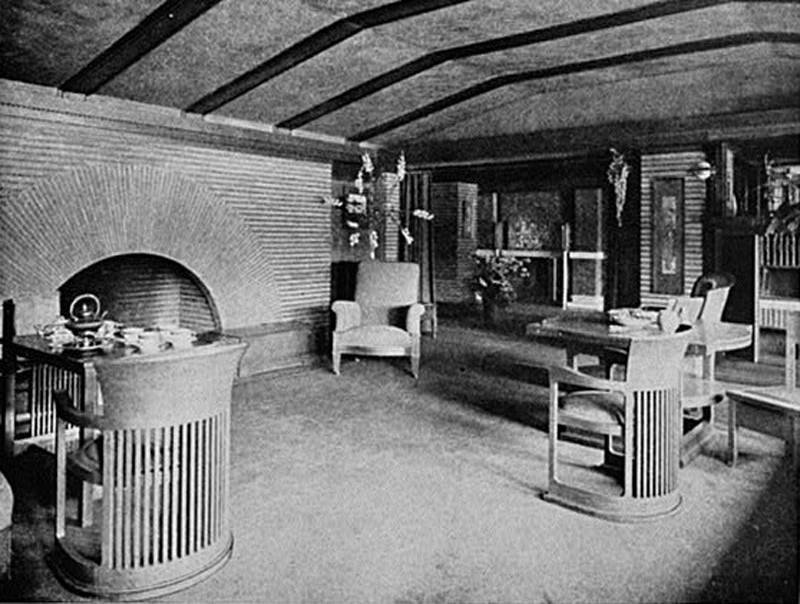 Built from 1903 and 1905, the Dwight D. Martin house is considered by many scholars to be one of Frank Lloyd Wright’s greatest works and one of his most important projects. The complex was designed for Mr. Martin, a wealthy Chicago businessman, who eventually was so enamored with Wright’s designs that he became one of Wright’s principle financial supporters throughout the beginning of Wright’s career. While obviously well-loved by Wright scholars, Wright himself deemed his architectural opus “a well-nigh perfect composition”. 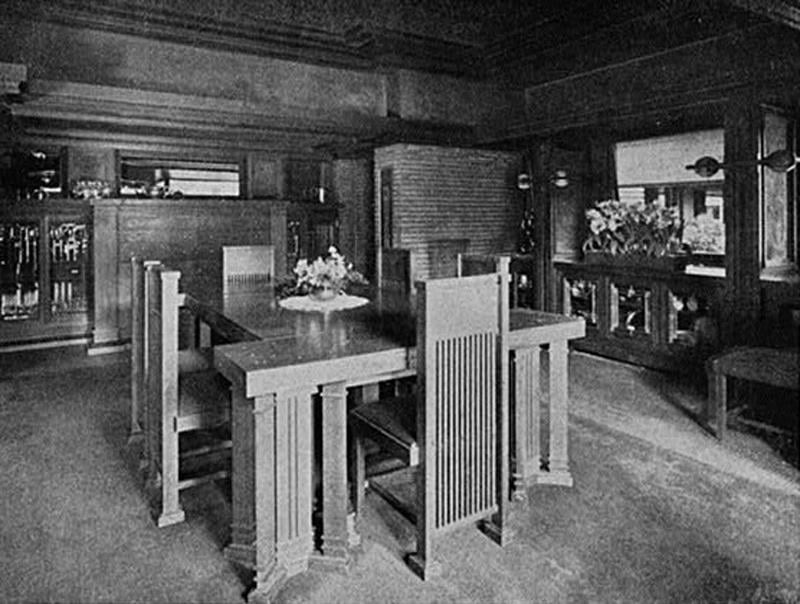 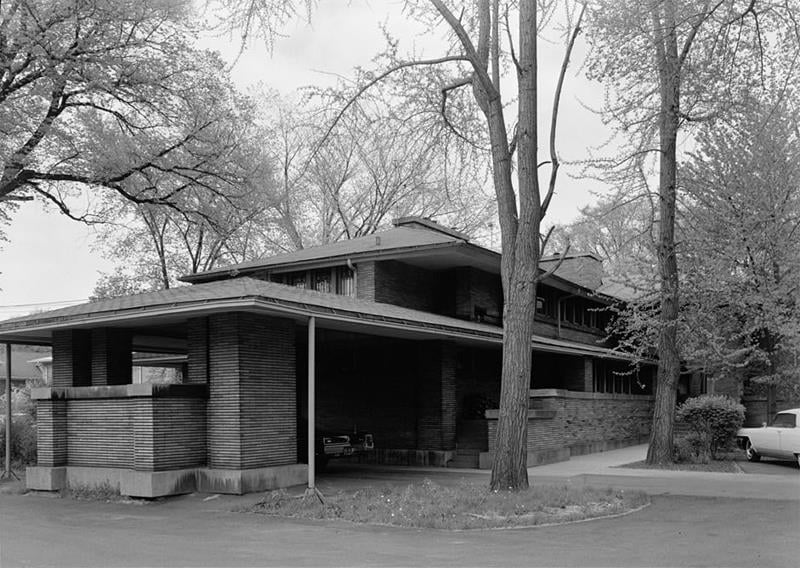 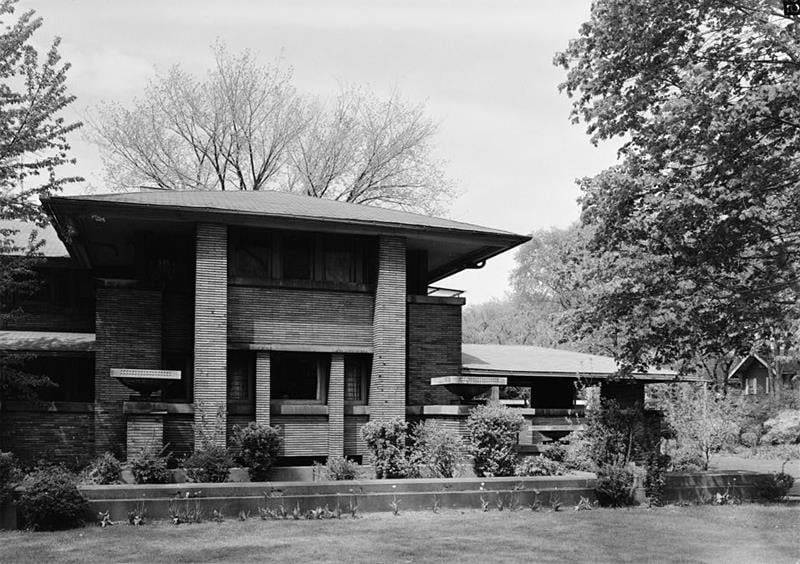 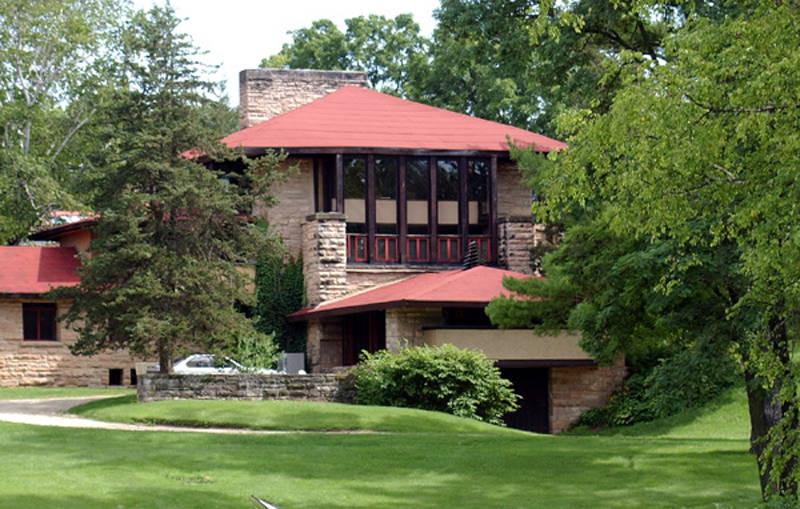 Built on land from his childhood and ancestral home, Taliesin was the site of Wright’s primary studio and his summer abode. Named after the Welsh word for “radiant brow”, the main housing complex was built on a hill overlooking the land around the valley. This timeless site didn’t last forever, though. Following some devastating fires, the studio and home had to be rebuilt twice during Wright’s life. Many of Wright’s most notable projects, including Fallingwater, were designed while staying at Taliesin. 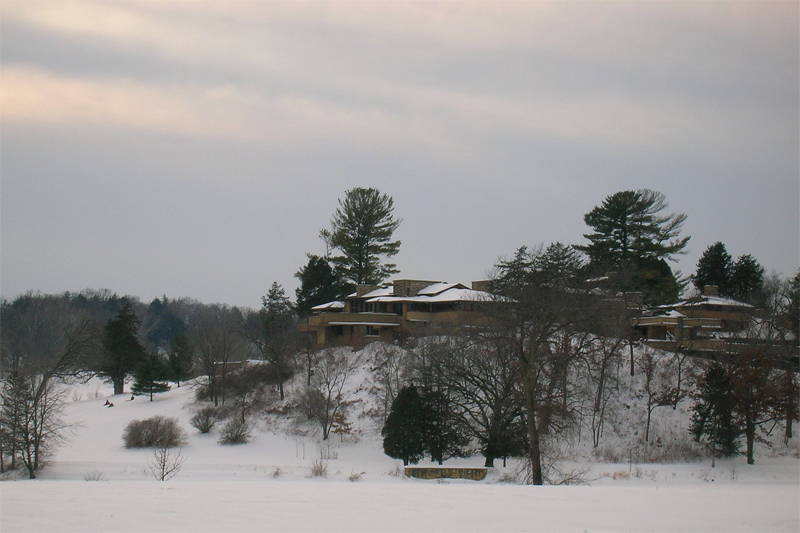 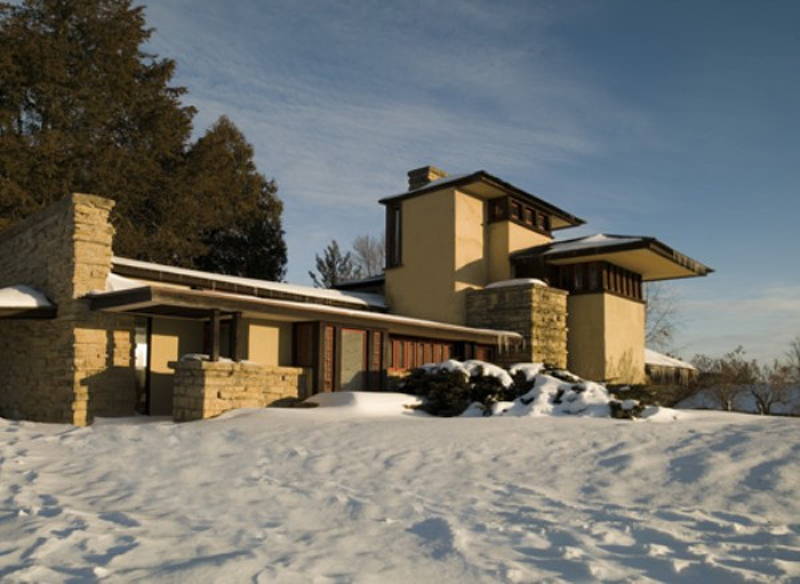 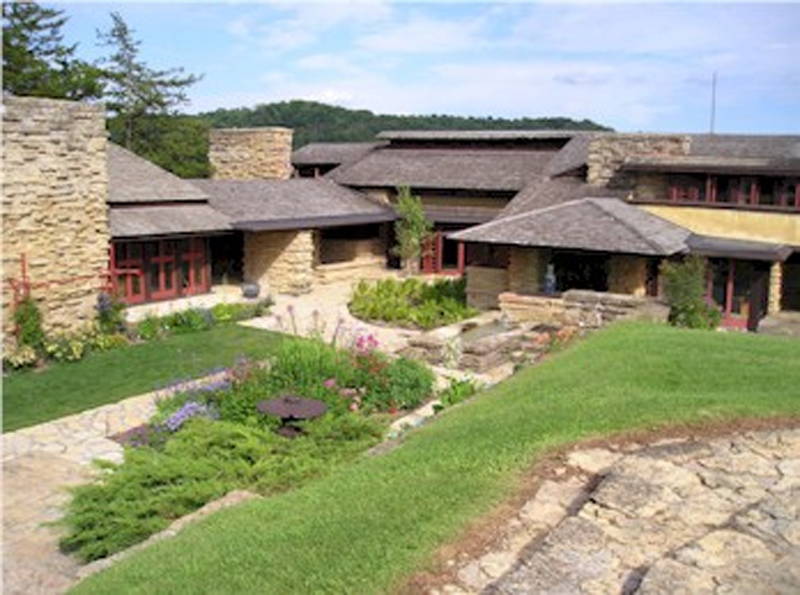 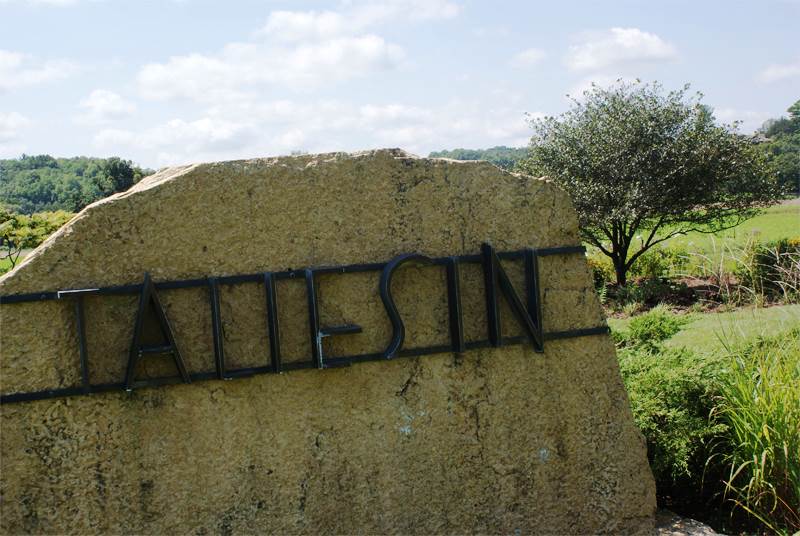 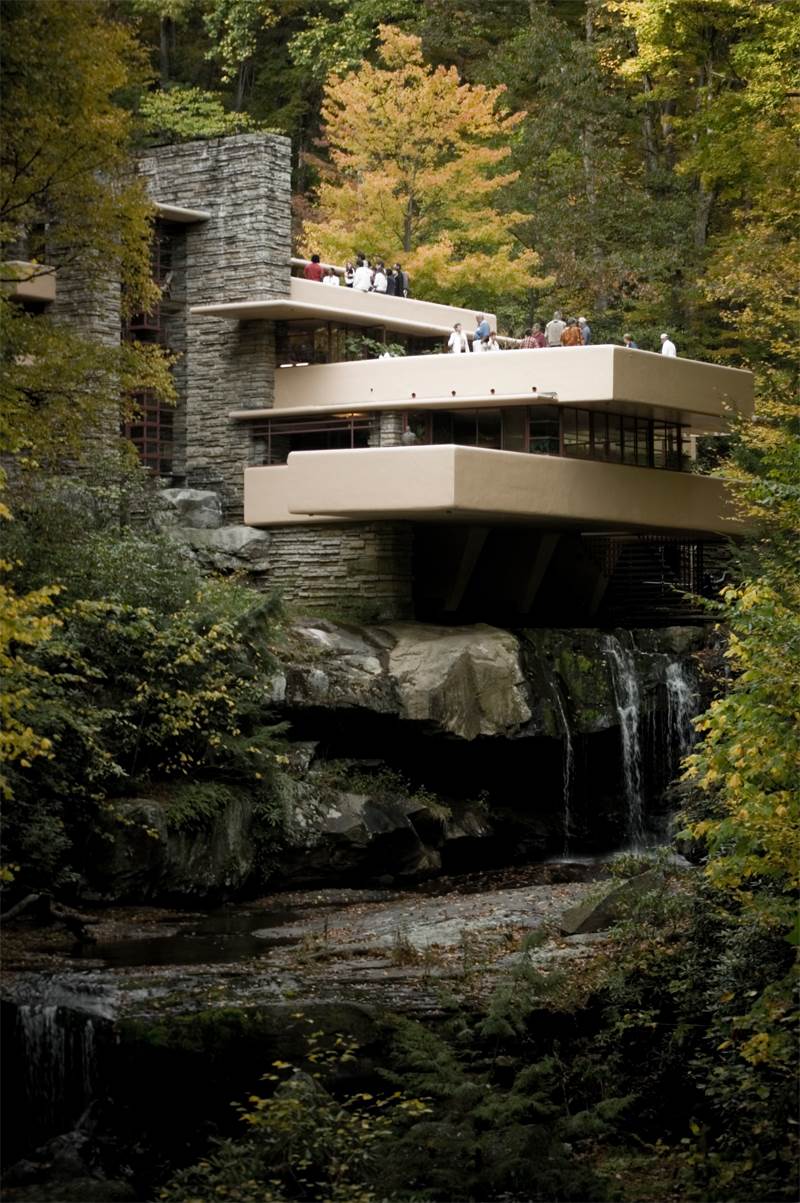 Considered one of Wright’s greatest masterpieces and one of his most recognizable works, Fallingwater was designed in 1935 after Wright convinced the president of the Kaufmann department store chain that the home they were living in wasn’t worthy of their residence.

After surveying the land and considering the needs of the client, Wright realized the house would need to be bigger than the plot allowed, so he designed around his problems by using specially-designed anchors that would keep the house attached to the nearby grounds. The house was most recently renovated for a staggering $11.4 million–a far cry from the original price of $155,000. 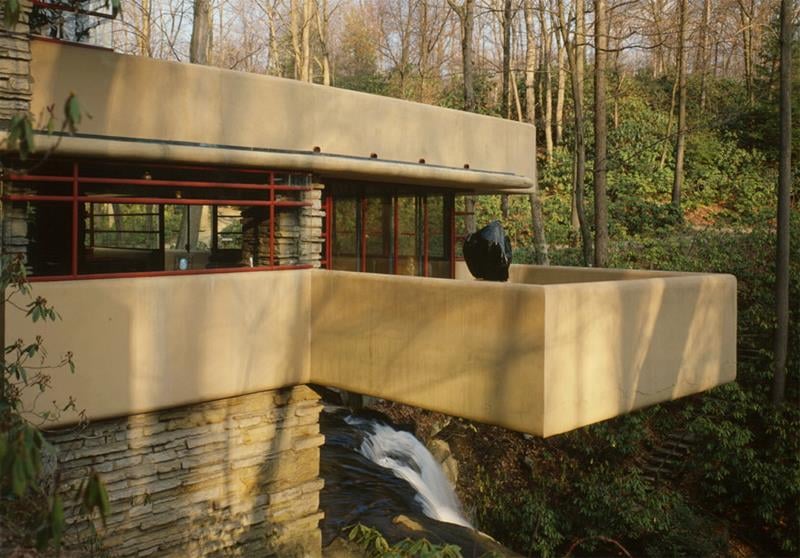 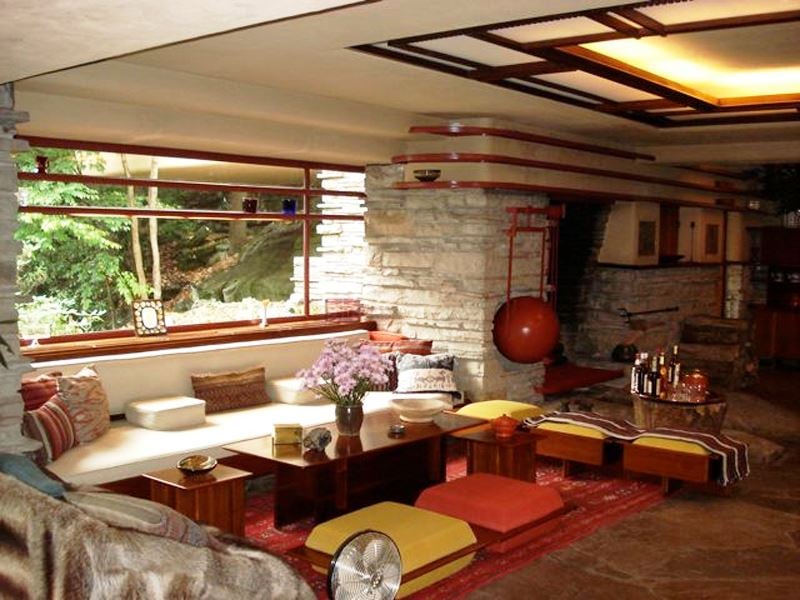 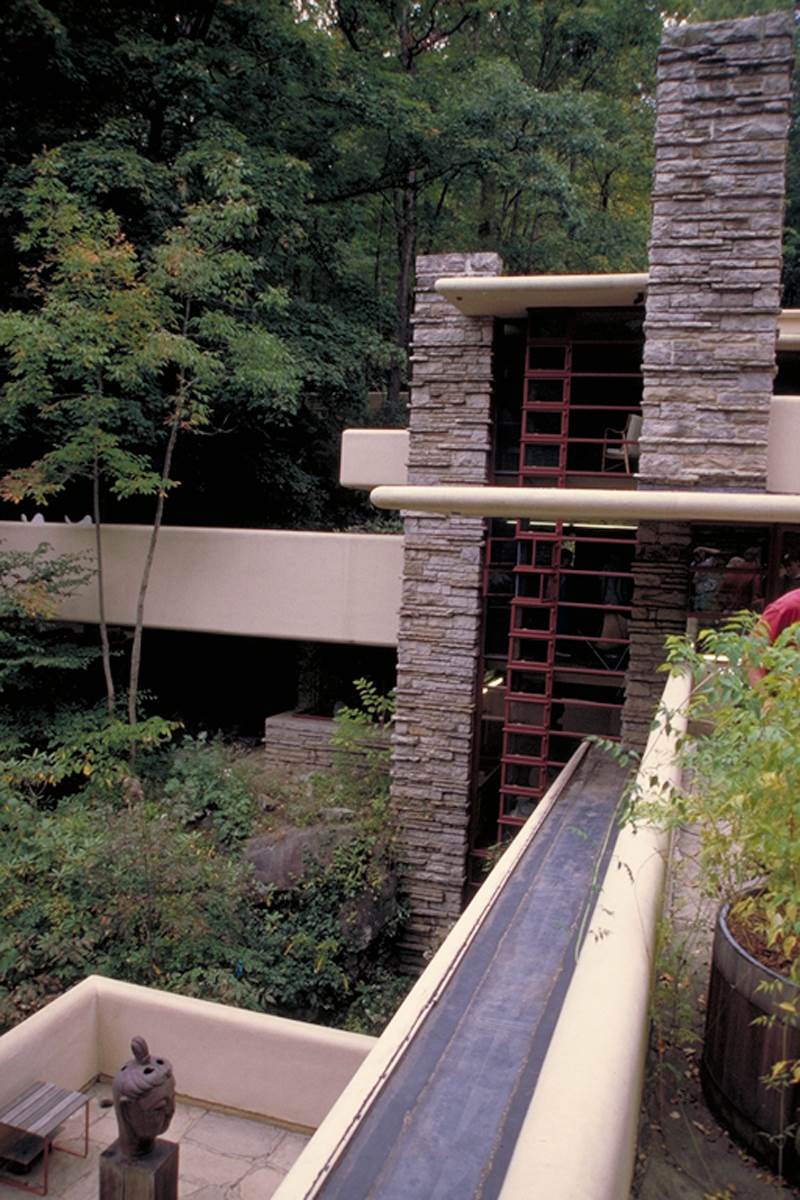