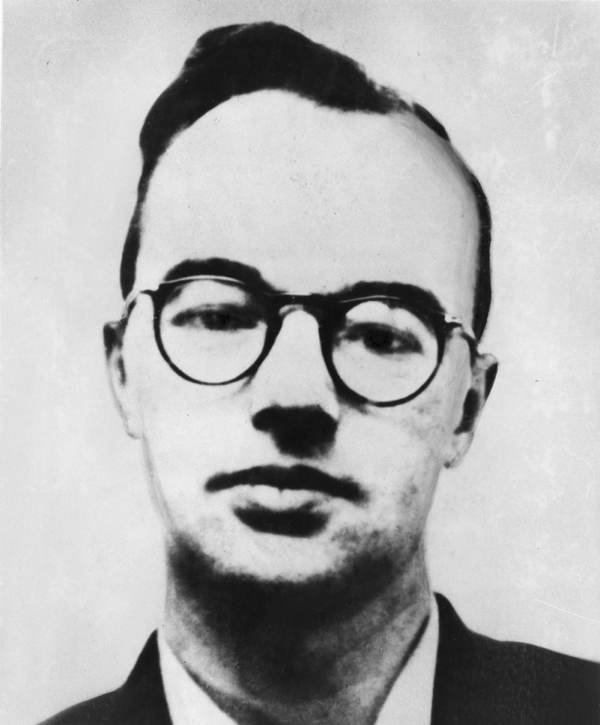 In the long list of Soviet spies, we find the name of Klaus Fuchs, a German-born physicist with the distinction of being responsible for significant theoretical work on the first fission weapons and early models of the hydrogen bomb.

As Hitler rose to power in Germany, a young Klaus Fuchs found his dissident and communist leanings were dangerous; he ultimately fled the country for England, but since he hadn’t yet achieved British citizenship, when World War II broke out, he was detained and sent to internment camps.

Eventually, with the help of committed mentors and due in large part to his own talent as a physicist, he was granted British citizenship and inducted into the British project to build an atomic bomb. But he remained a staunch communist, and it wasn’t long before he had been recruited by the USSR.

In 1943, Fuchs found his way to Los Alamos, where he became an integral part of the Manhattan Project and a friend of Richard Feynman’s. His courier was Harry Gold — the same man who carried information for the Rosenbergs.

In September 1946, things fell apart. The Verona Project, a counter-intelligence program designed to intercept and decrypt the messages of Soviet intelligence agencies, had Fuchs’s name. Though he initially denied the charges, he eventually confessed to passing information to the Soviets. His confession revealed Harry Gold’s role, which led authorities to uncover the entire spy ring.

In the two years Fuchs provided information to the KGB, he revealed theoretical plans for building a hydrogen bomb and data that Soviets used to determine the number of bombs the US possessed. Though no one can say for sure to what extent he changed the course of history — many of the documents are still classified — his work spurred Soviet research.

Fuchs was sentenced to 14 years in prison but only served nine. 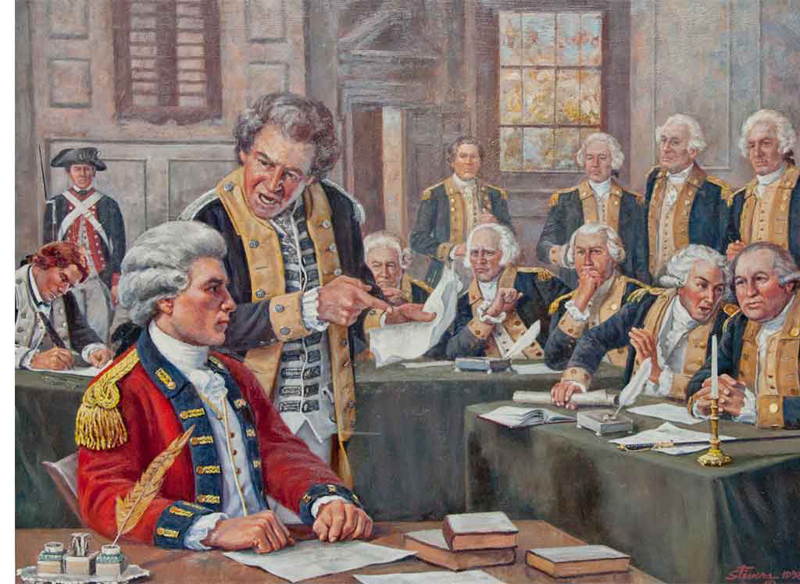 Major John André was a British Army officer during the American War of Independence. He was well-liked on both sides of the conflict, and he charmed colonists and British superiors alike when the British occupied Philadelphia and New York.

The trouble started when he was approached by American general Benedict Arnold, who wanted to surrender his command, the garrison at West Point, to the British for a cool £20,000 (a sum upwards of three million dollars today). It was a coup for the British; control of West Point would effectively isolate New England and make it difficult for the other colonies to render aid.

But things didn’t go smoothly from the start. André took his ship, the Vulture, to a spot near Haverstraw, New York, where Arnold had commanded rowers to pick André up. On land, André met with Arnold, and their discussion ran long — so long, in fact, that American soldiers noticed and began to fire on the Vulture, forcing it to flee.

André was stranded behind enemy lines. Arnold provided him with civilian clothes and papers detailing the weak points of the West Point fortifications. From there, it was up to André to make his way overland back to the British. He was making good progress until he was stopped near Tarrytown by a group of soldiers he mistook for British sympathizers.

Though he quickly corrected his mistake, his greeting had already roused their suspicions. They searched him and discovered the West Point plans hidden in his boot. He was very nearly saved when American military leaders planned to send him to Benedict Arnold to imprison.

But a newcomer, Major General Benjamin Tallmadge, had heard murmurs that an American general had turned traitor — but nobody knew which one. He convinced the other military men not to send André to Arnold yet, but he couldn’t stop them from sending Arnold a letter explaining the situation.

So it was that Arnold forewarned that his treason had been discovered, escaped, while the British spy André was sent to the gallows.

André tried to defend himself by saying he never wanted or planned to be behind American lines, and that as a prisoner of war he had the right to try to escape. The board was unmoved. André was found guilty of being a British spy and hanged on Oct. 2, 1780.