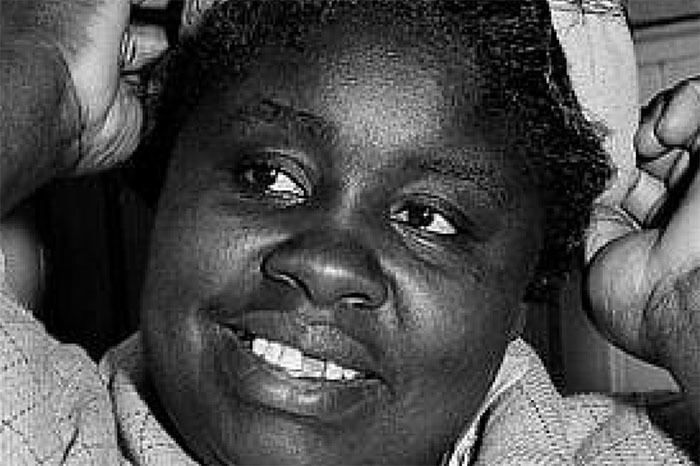 After Rosa Parks refused to give up her seat on the bus, citywide bus boycotts sprang up around the nation — and one woman led them with gusto. Her name was Georgia Gilmore.

Martin Luther King Jr. primarily organized the nationwide boycotts, but at the local level, it took the courage and leadership of a few civil rights activists to see the plan come to fruition. Georgia was among those who led the charge in Montgomery, Alabama, where she worked as a cook.

Eventually, Gilmore’s involvement in civil rights organizing led to her firing. It was then that King suggested she start a restaurant out of her own home.

Initially, her home was a haven for civil rights activists, who could share a warm meal somewhere that was safe and private — but soon, Georgia founded the Club from Nowhere and invited other women to come cook with her, supplying pies and cakes not just to the activists, but customers from the community — of all races. All of the proceeds went to the boycotts.

Gilmore died in 1990, and her home was memorialized as a historical site. Wrote NPR’s Kitchen Sisters upon visiting the Club from Nowhere:

“I came to talk to folks about Ms. Gilmore’s cooking, but I was told repeatedly that, like most people, she was also struggling to raise her children, make a living and support her community. But it is her cooking which remains a touchstone for people in Montgomery when they think of ‘the movement.’ She elevated her day-to-day work — doing the cooking — into something greater. Anyone lucky enough to have eaten one of her meals associates it with that place and what that time demanded.”

If you enjoyed this, be sure to check out the story of Dion Diamond, a civil rights warrior in the suburbs, as well as these surprising facts about Martin Luther King, Jr.