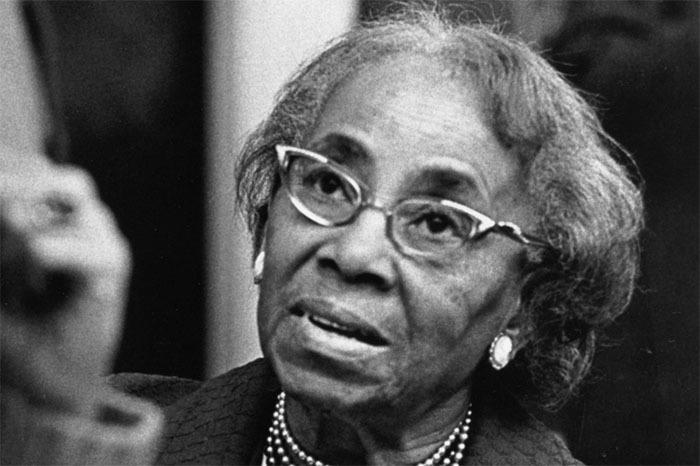 Born in Charleston, South Carolina in 1898, Septima Clark was certain from a young age that she wanted an education. While she was able to attend Avery Normal Institute and earn her teaching certificate, she was not able to find a teaching job when she set out in 1916: Charleston did not hire African-Americans to teach in its public schools. She returned to Avery and was granted a teaching job there in 1919, the same year she joined the NAACP, hoping to lead the charge for city schools to begin hiring black educators.

For the next decade she continued to teach and work with the NAACP, but five years into her marriage to Nerie Clark, her husband died of kidney failure. Widowed and childless (her first child had died at birth) she devoted herself fully to the efforts of the NAACP, working alongside Thurgood Marshall on a landmark case that scored equal pay for black and white teachers (her salary increased three-fold after the case was won).

Clark continued to teach while actively working with the NAACP until 1956, when Charleston made it illegal for public employees (including teachers) to belong to civil rights groups. Torn between her two callings, but certain that the work of the NAACP was far from done, she refused to leave the group. She was, therefore, fired.

After leaving Charleston, she continued to teach in Tennessee (where her efforts with the NAACP were encouraged) and was director of a program that helped community members learn to identify and teach those with low or no literacy skills. In the early 1960s, this was paramount to the right to vote, as many city governments required African-Americans to take next-to-impossible literacy tests in order to vote. 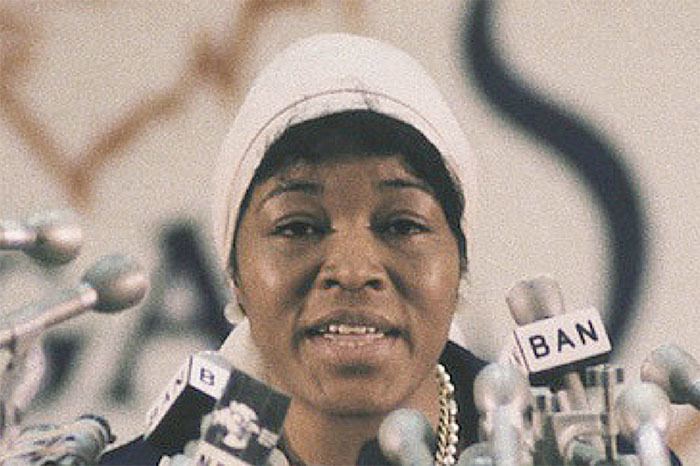 Betty Shabazz, above, speaks to the press. Image Source: News One

Though she was married to one of the most prolific of activists, Malcolm X, Betty Shabazz — better known to many as Betty X — was an activist of note in her own right, in no small part because of how she carried on the legacy of her husband after his assassination.

Much about Betty’s early life is unknown, but at least some of her youth was spent in the care of civil rights activist Helen Malloy, who may have set her on a path of activism. She attended school at the Tuskegee Institute in Alabama, where she was appalled by the racism she encountered. Soon after, Betty went to Brooklyn to study nursing, where the racism was present but less overt than in the Jim Crow South.

While in nursing school Betty became acquainted with several members of a nearby Nation of Islam temple. It was here that she met a charismatic man by the name of Malcolm X. After attending several of his services, she converted, changing her name to Betty X (the dropping of her surname indicating the loss of her African ancestry). Betty married Malcolm several years later and the couple had six daughters before leaving the Nation of Islam in 1964, at which time the family became Sunni Muslims.

Throughout her career in health sciences as a nurse and educator, Betty fought the civil rights battle in a field that was not, perhaps, as much of a focus as areas like education and public policy. But in hospitals at the time, it was not uncommon for white patients to be abusive toward black nurses or straight-up refuse to be treated by them. Black nurses were often given lesser or, at times, demeaning assignments by white nurse supervisors and doctors. This more subtle, but still infuriating, racism is something Betty encountered in the workforce throughout her career.

The following year, Malcolm X was assassinated. Betty never remarried and raised their six daughters alone, working predominantly as a college administrator, and occasionally giving talks on civil rights and tolerance. She died in 1997 after her grandson, Malcolm, set fire to the apartment building they lived in.