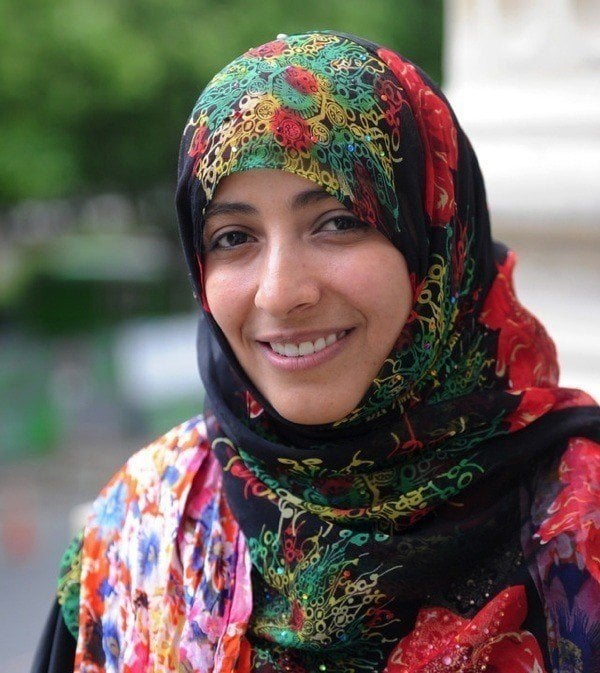 “The solution to women’s issues can only be achieved in a free and democratic society in which human energy is liberated, the energy of both women and men together. Our civilization is called human civilization and is not attributed only to men or women.” — Twakkol Karman

With everything from her religion to her politics to, of course, her gender stacked against her, Tawakkol Karman’s incredible accomplishments demonstrate a profound bravery that is rarely seen in this world–even among Nobel Prize winners. Growing up in civil war-afflicted Yemen, Karman bore witness to the injustices carried out against her people. But this seemed only to strengthen her resolve and compel her toward a life of courage and compassion.

Aside from becoming a journalist and reporting over 50 cases of wrongfully imprisoned authors and writers, she founded, in 2005, an organization to specifically help empower and educate fellow female journalists: Women Journalists Without Chains. After Karman and the group began publishing material critical of the current Yemeni government, she began receiving a torrent of threats–including death threats. Yet she remained strong.

When the tide of anti-government protests peaked amid the Arab Spring revolutions of 2011, Karman appropriately took her place among the leaders of the Yemeni uprisings. Fittingly, Karman’s impact earned her the honorific, “The Mother of Revolution.” And in December 2011, her actions earned her the Nobel Peace Prize–of which she was, at the time, the youngest recipient ever. 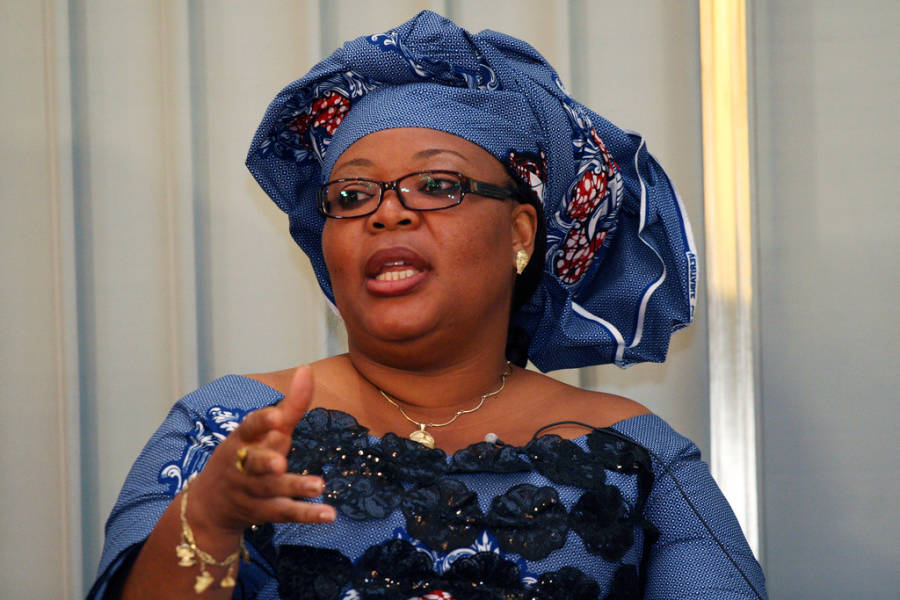 “There is something in this world that every individual can do. God has created all of us with something unique to contribute.” — Leymah Gbowee

During the Second Liberian Civil War, in 2003, Leymah Gbowee changed the fate of her country when she called upon women of all religions to unite and take a stand for peace. That anyone would have the strength to unite the region’s divided religious groups in a peace movement is remarkable; that it was a woman was both miraculous and unprecedented.

At one point she went as far as creating a human barrier around a meeting hall and threatening to undress herself should authorities try to arrest her. On April 23, 2003, Taylor allowed the women to address him personally, and Gbowee was of course chosen as their representative. She stood in front of Taylor and said:

By August, the war ended, Taylor resigned, and Liberia had peace for the first time in 14 years. Just two years later, Liberia elected Ellen Johnson Sirleaf, who had been one of Gbowee’s chief allies during the protests, as president—the first elected female leader of an African country. In 2011, Gbowee and Sirleaf (along with Tawakkol Karman) were awarded the Nobel Peace Prize.