"In my 35 years I will tell you it's one of the worst things I've ever seen," said the local sheriff. 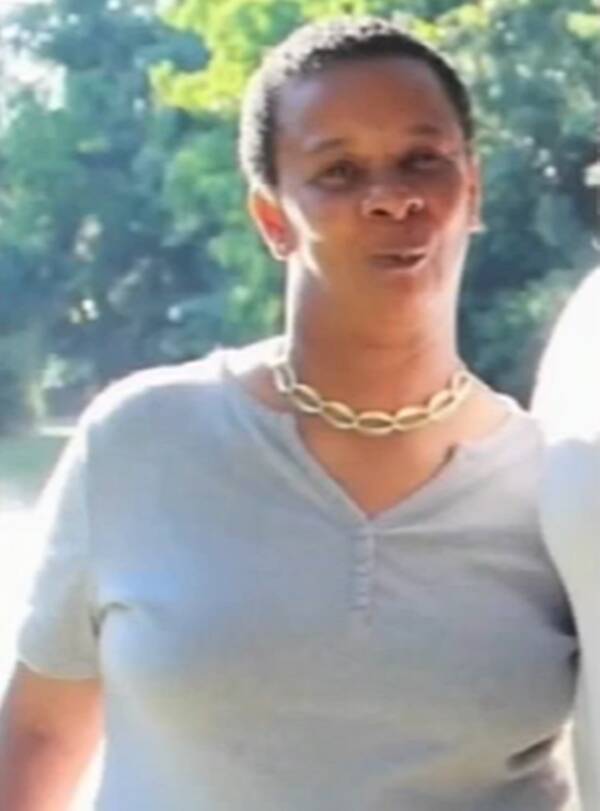 ABC13Christine Rollins was found dead in the front yard of an elderly couple after she was killed by feral hogs.

“In my 35 years I will tell you it’s one of the worst things I’ve ever seen.”

That’s what Sheriff Brian Hawthorne said after he found the body of a 59-year-old woman in an elderly man’s front yard in Anahuac, Texas, outside Houston. The official cause of death was “exsanguination due to feral hog assault.”

The woman turned out to be Christine Rollins, one of the old man’s caretakers who had not showed up for work that day.

As reported by local news station ABC13, when Rollins was late, the 84-year-old homeowner went outside to his front yard. There, he found the missing caretaker’s dead body laying on the ground between his house and her vehicle.

The man immediately called the Chambers County Sheriff’s Office to report the death. When investigators arrived at the house, they found a grisly scene.

Hawthorne said his team had suspected the death was animal-related because the body showed multiple injuries that appeared to be caused by a wild animal. But his office was unable to verify that theory until a proper autopsy had been performed.

Neighbors of the elderly couple who live in the area said they had complained about feral hogs around the neighborhood to authorities before.

“We’ve got individuals that hunt hogs with dogs,” resident David Bennett said. “They put Kevlar on these dogs for a purpose because those hogs are vicious. And when they feel threatened, they’re coming after you.”

One of those hunters is “Cajun Bob” Thornberry, who has been trapping and hunting wild hogs for 40 years.

The sheriff said feral hogs have become an increasing issue in that rural part of Chambers County where the attack happened. He also confirmed there were signs feral hogs had been on the property where Rollins was killed.

Feral hogs have been an ongoing issue in Texas for at least the past decade as the animal’s population continue to grow and spread across the state.

Historically, hogs are not native to the U.S., but were introduced to America by Spanish colonists roughly 300 years ago. They were brought into the country as an economic commodity to produce cured meat and lard for Spanish settlers.

But once the fight for Texas independence broke out, the hogs were released by their owners and have since flourished in the wild. 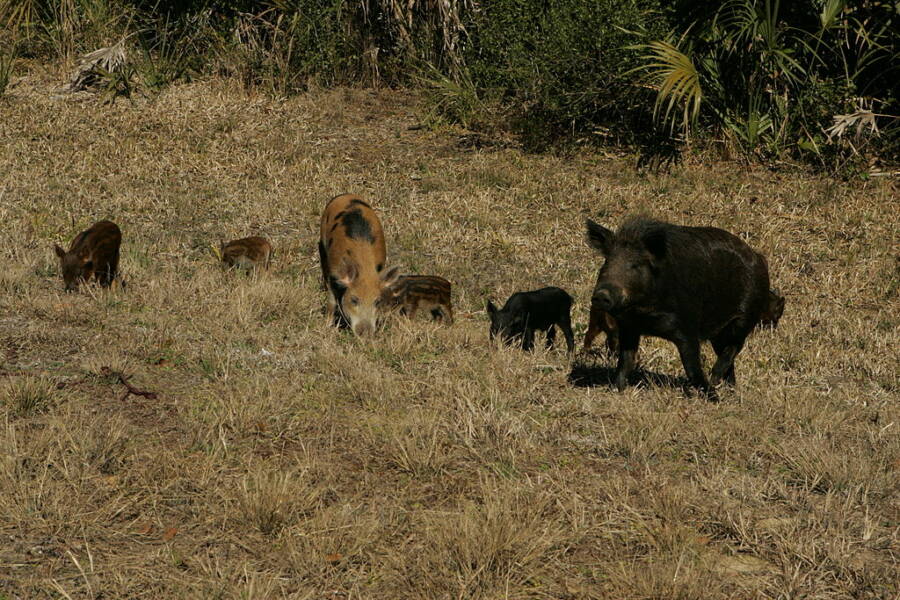 Wikimedia CommonsThere are an estimated six million feral hogs across 39 states in the U.S.

Their growing numbers were exacerbated after the 1930s, when European hogs — or Russian boars — were introduced into the U.S. for sports hunting. When these European hogs escaped, they started cross-breeding with the wild hogs and continue to populate the state — and the country.

According to Smithsonian Magazine, wild hogs are among the most destructive invasive species in the country. Their population, which is an estimated 6 million, can be found in at least 39 states and four Canadian provinces; about half of them roam the wilds of Texas.

Mature feral hogs can reach up to 36 inches in shoulder height and weigh a massive 100 to 400 pounds. Due to their strong build, occasional aggression, and omnivorous diet — which means they’ll essentially eat anything — these animals wreak more than $400 million worth of damages annually by destroying public spaces, terrorizing humans, and pushing out other wildlife species.

The USDA calls them a “veritable nightmare for land and resource managers.”

As far as attacks on humans, fatal attacks are extremely rare. According to KHOU, only 10 deaths caused by feral hog attacks have been reported in the U.S. since the 1880s.

Rollins would have turned 60 on Christmas Day.

“My heart goes out to the family. A loss like that, no one needs to have to go through,” Thornberry said.

Now that you’ve learned about the woman who was tragically killed by feral hogs in Texas, read how feral pigs ate and destroyed $22,000 worth of cocaine hidden in an Italian forest. Then, find out more about Australia’s controversial plan to kill 2 million feral cats by airdropping poisonous sausage.