Why Does Tom Hanks Look So Much Like Mister Rogers? Turns Out They’re Actually Related

"It all just comes together, you see," the actor responded when he found out about the unexpected family ties. 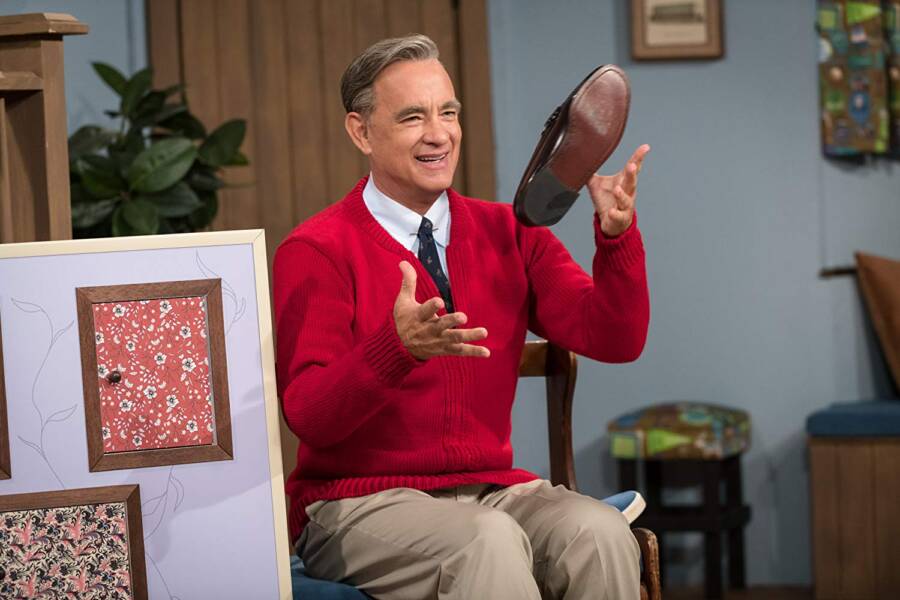 In a twist of fate that seems too good to be true, actor Tom Hanks discovered he’s related to another popular on-screen figure: Fred Rogers, who’s better known as Mister Rogers from the hit children’s show Mister Rogers’ Neighborhood.

According to CNN, the discovery came as a shock to the actor, who plays the iconic TV host in the new movie A Beautiful Day In The Neighborhood.

Hanks claimed he had no idea that the two were related before he took on the role. The actor’s reaction to the news, which was delivered by Access Hollywood while Hanks took to the red carpet at the premiere of the film, was captured on video by the entertainment news outlet.

Tom Hanks reacts to the news that he’s related to Mister Rogers in an interview with Access Hollywood.

“It all just comes together, you see,” he said when a reporter informed him of his family relation to Mister Rogers, a connection dug up by Ancestry.com.

His wife, fellow actor Rita Wilson, had a more candid knee-jerk reaction to the news: “No, impossible! You’re pulling our leg.” The reporter then showed them the family tree graph that connects Hanks to Mister Rogers. Based on the graph, the two are sixth cousins related through a shared ancestor named Johannes Meffert.

The graph showed that Johannes Meffert’s two sons, Jacob Mefford and William Mefford, led to the subsequent bloodlines that produced Hanks and Mister Rogers, respectively. The stunning reveal about Hanks’ family ties with Mister Rogers was officially confirmed by Ancestry.com. 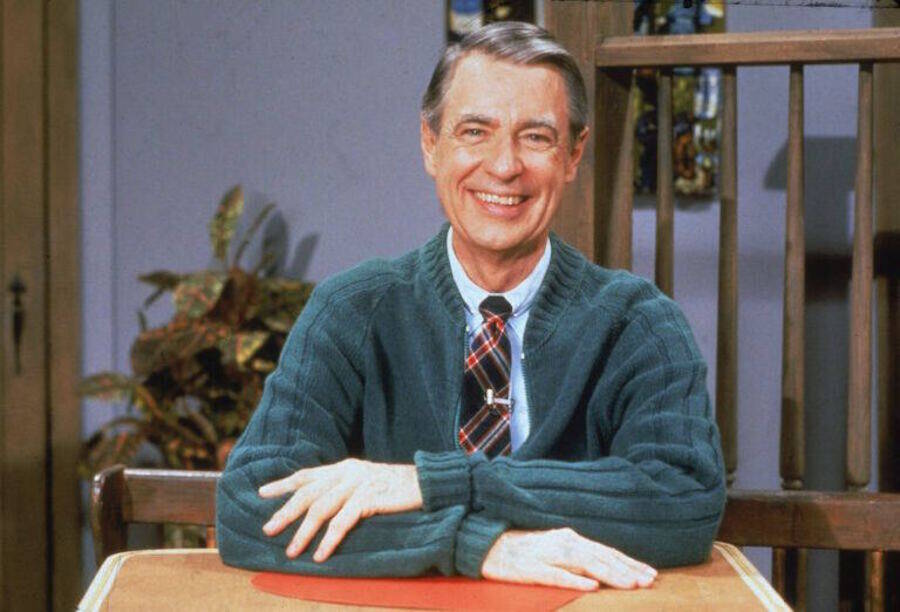 Getty ImagesMister Rogers was so popular that his show ran for more than 30 years.

The discovery came as a shock not only to Hanks and his wife, Rita, but to the rest of the actor’s fans. But maybe it shouldn’t be such a surprise, given the uncanny resemblance the two share.

According to Hanks’ costume designer, the actor’s appearance was transformed only by a wig and enhanced brows. Stills of Hanks as the beloved host from A Beautiful Day In The Neighborhood — dressed in Rogers’ signature red sweater and sporting a kind smile — show just how much the actor resembles his long-distant cousin.

Mr. Rogers’ widow, Joanne Rogers, was reportedly delighted by the news, saying, “That is just wonderful! Now that is amazing, and Fred would have loved it! He loved family tree stuff.”

The new movie follows a reporter named Lloyd Vogel (played by Matthew Rhys) whose life takes a turn after meeting Mister Rogers for a profile interview. The script of the film was based on the real-life friendship between the late Rogers and journalist Tom Junod.

The show’s groundbreaking approach in tackling difficult topics, such as racism and war, for an audience full of kids, kept the show running for more than three decades.

Rogers’ work on the iconic show earned him multiple accolades, including the Presidential Medal of Freedom, which is the highest civilian honor granted by the president of the United States.

Sadly, Rogers passed away in 2003 at age 74 due to stomach cancer. But the impact he made during his life was undeniable – and this latest movie is yet another sign that his legacy will live on forever.

Now that you’ve learned about the family ties between Tom Hanks and Mister Rogers, read about the 50-year marriage Fred Rogers shared with his wife. Next, learn the truth behind the rumors about Mister Rogers’ tattoos.