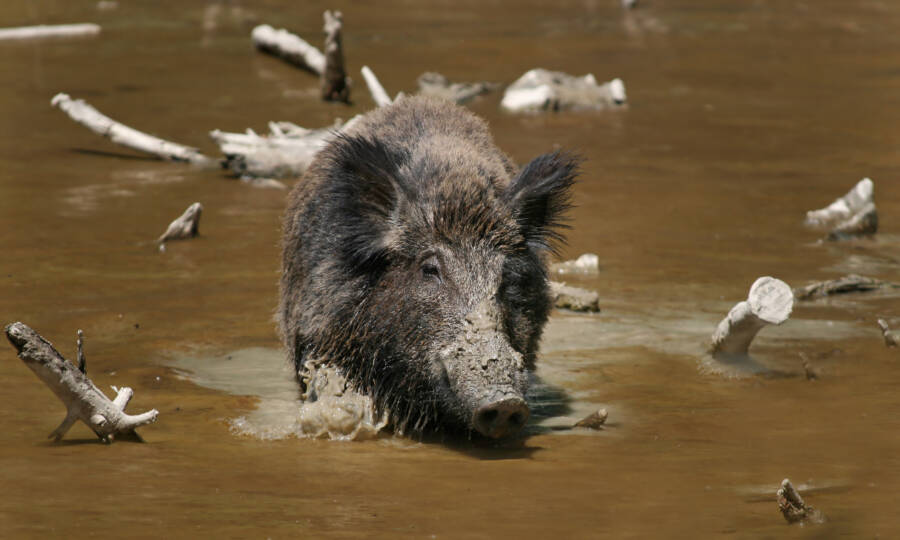 Wikimedia CommonsThe wild boars found a sealed package of cocaine, ripped it open, and littered its contents across the woodlands.

Hiding a stash of cocaine worth $22,000 in the woods might not have been the dumbest idea this suspected gang of drug dealers came up with, but it was certainly the least effective. According to Newsweek, a horde of wild boars ruthlessly destroyed it with utter indifference.

This violent reclamation by Mother Nature was discovered after police wiretapped members of the gang and overheard them complaining about the damage to their product. Arresting the three Albanian suspects and one Italian suspect thereafter was rather swift.

According to The Local, the animals ripped into a sealed package of cocaine and proceeded to litter the nearby woodlands with its powdery contents. 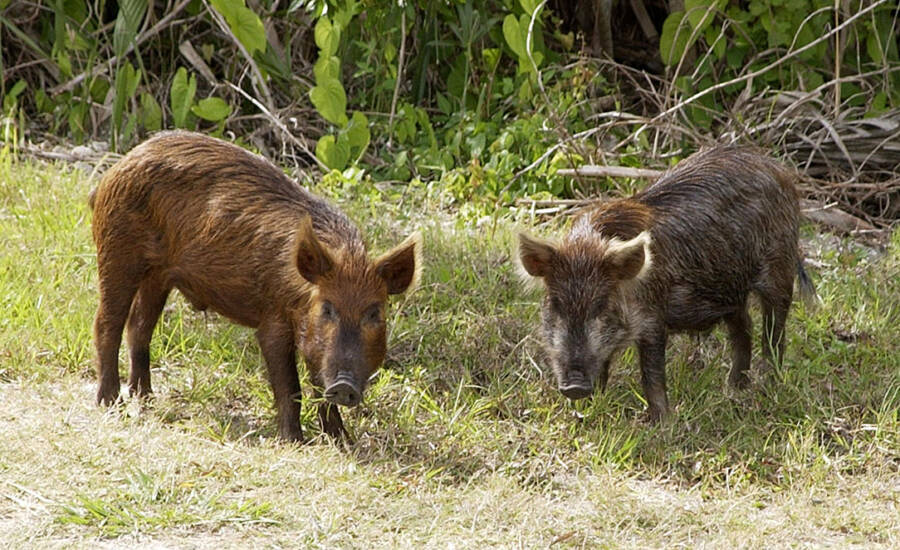 Wikimedia CommonsThe cops were already surveilling their suspects, but it was the boars who helped with the final push.

The drugs originally came from Perugia, before being hidden in the Tuscan forest near Montepulciano, while being peddled around Arezzo. According to Fox News, the gang had been quite prolific before the arrests, selling two kilos per month at between $90 and $120 per gram.

It was the drug-related murder of a 21-year-old Albanian in 2018 that made authorities perk up and take note. A group of Albanian nationals, who were linked to the victim, quickly became persons of interest.

Ultimately, police were correct in their assumptions. The probe spanned between September 2018 and March 2019. The cops quickly found out that one of the gang members used a nightclub in Arezzo to peddle his wares.

Of course, they needed clear evidence to ensure subsequent convictions — which the wiretap seems to have taken care of. As it stands, two of the suspects are now under house arrest while the other two are in jail.

Meanwhile, what happened to the curious animals remains unknown.

Wild boars, or cinghiale, have been increasingly spotted in Italy’s countryside. The list of complainants has previously been comprised of motorists and farmers, but it’s presumably safe to say that at least four drug dealers now firmly share their sentiments.

The situation has gotten so bad that farmers protested in Rome this month, demanding the government take action against these encroaching animals. Vehicular accidents, as well as damage to farmlands, have apparently become too much to handle for individual citizens.

Footage of the Rome protests against the government’s lack of wildlife intervention.

“It is no longer just a question of compensation but a matter of personal safety and it must be resolved,” said Ettore Prandini, president of farming association Coldiretti.

“Ministries and leaders of regions and municipalities must act in a concerted manner to draw up an extraordinary plan without administrative obstacles, otherwise the problem is destined to get worse,” he said.

To his point, officials confirmed that this is already the case — things have gotten substantially worse in this regard for the last four years. Italy’s wild boar population of 2 million has doubled since 2015 — and caused or affected 10,000 road accidents per year.

After learning about the wild boars that found and destroyed a $22,000 stash of cocaine, check out these shameless vintage cocaine ads from the 1970s. Then, learn about feral cats taking over Australia.