Dr. David Stahle of the University of Kansas visited the area in the 1980s, convinced these trees were about 1,000 years old. Little did he know they were older than Christianity itself. 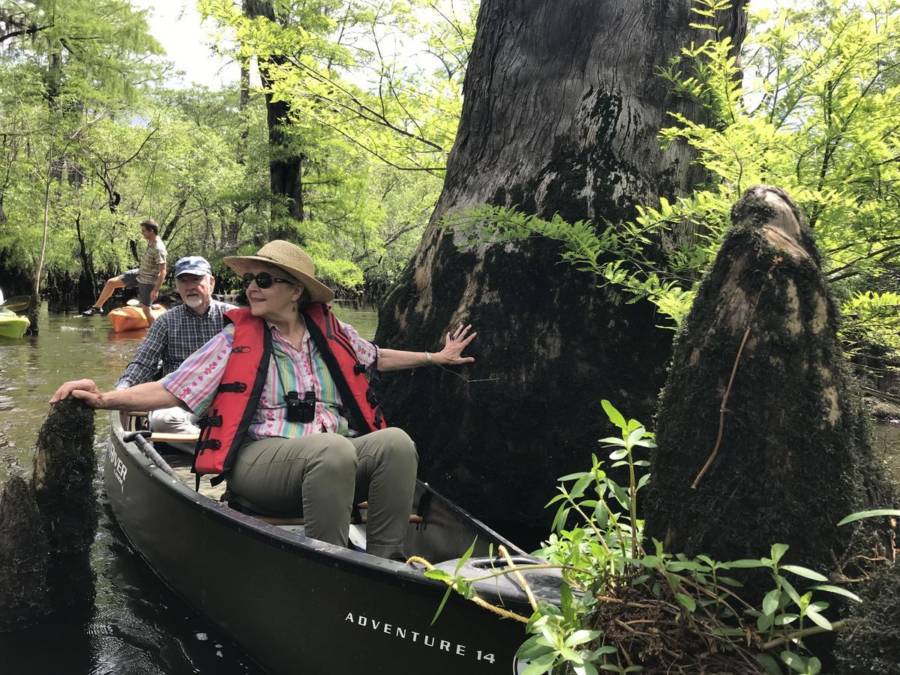 TwitterThough the fifth oldest globally, it is the oldest of its kind worldwide.

Dendrochronologist, professor, and researcher at the University of Arkansas, David Stahle, first visited the Black River area in the 1980s and it was immediately apparent that he found something remarkable. Decades later, his suspicions were confirmed when a cypress tree there was dated at 2,624 years old.

According to WECT 6 News, the Black River Preserve in North Carolina is home to North America’s oldest trees east of California. Purchased by the Nature Conservancy, Bladen County’s dark, quiet waters lead to a tree that’s not just the oldest cypress tree, but the fifth-oldest tree in the world.

When Stahle and retired biologist Julie Moore first visited the area, they underestimated just how ancient their discovery was. Fortunately, their find has now been recorded into history, in the Environmental Research Communications journal.

Little did they know they had just found a tree older than Christianity itself.

“At the time, I figured there’s 1,000-year-old trees all around here, which is extraordinarily rare anywhere but California, and Chile too,” said Stahle. “It’s very rare worldwide to find trees that are over 1,000 years old.”

It was in 2011 that one of Stahle’s own graduate students, eager to study the trees at Black River, prompted his return to the site. Nature Conservancy’s Angie Carl served as their guide, and down the mystical rivers they went.

“It’s like walking into the Cretaceous (Period) because these trees are that old, almost,” said Stahle. “For living, individual trees, these are some of the oldest in the world.” 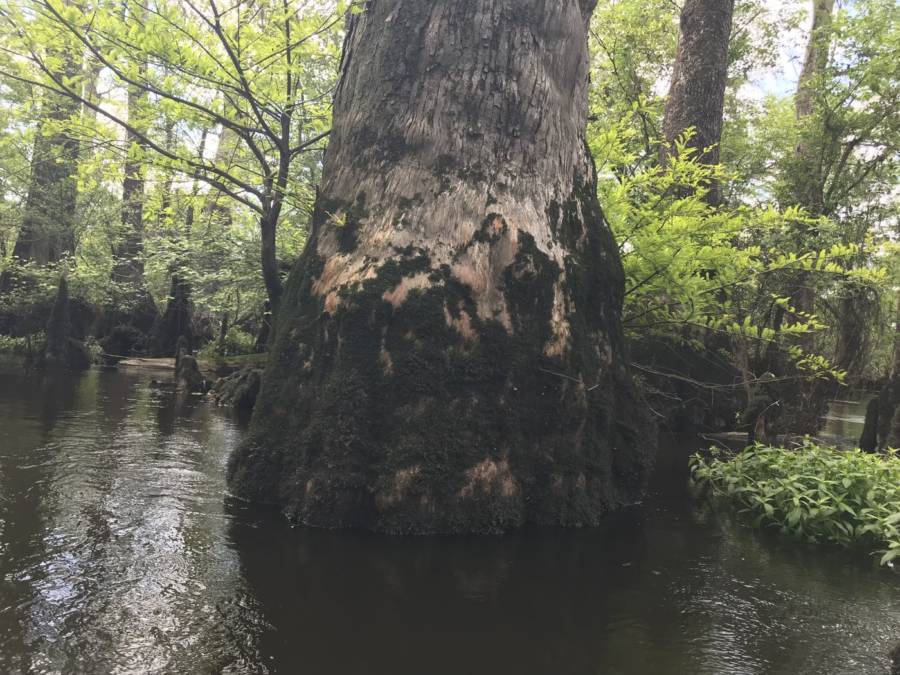 The tree has been dated using both traditional dendrochronology (or counting the rings inside of it) and radiocarbon dating.

Dendrochronology is the scientific method of dating trees through their rings. To do so, researchers like Stahle twist a hollow borer through the bark and retrieve a small, pen-sized portion of the tree’s core. To be doubly sure, radiocarbon dating is done as an additional measure thereafter.

“This was the best day of my career, the second day I went on the river with Dave (in 2011),” said Carl. “We get on the river and there are four of us in this tiny jon boat. We get out of the boat and start walking through the forest. Dr. Stahle’s getting so excited. He’s like, ‘Angie, Angie, Angie! Count, count, count!'”

“Every 10 minutes, we’d stop and count and he’d go, ‘Those are millennial-age trees! This is the oldest cypress stand in the world!'” Carl recounted. “I’m getting goosebumps this whole day. It was amazing.” 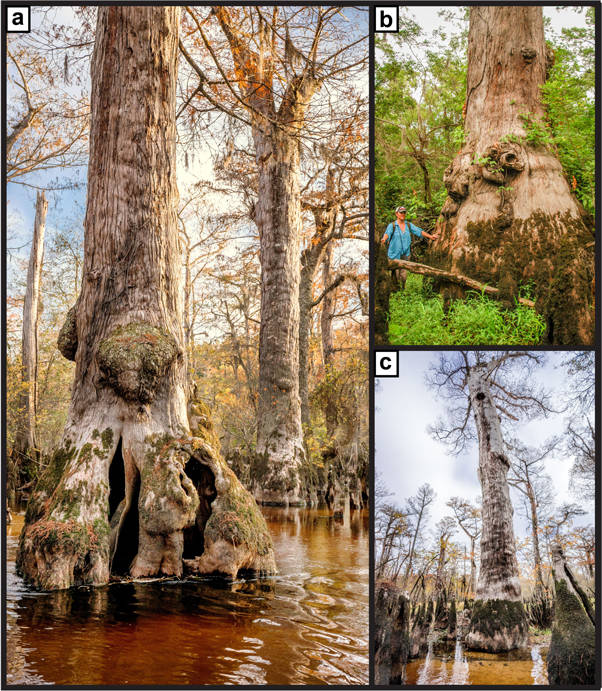 Environmental Research Communications journalDr. Stahle visited the Black River Preserve decades ago, but has only now confirmed the age of this incredible cypress tree. It’s seen here across seasons.

Moore, who first explored the area decades ago, returned to the site that day, as well. A friend who worked for the Forest Service made sure to drive her as close to the river as physically possible. Before exiting the truck, she noticed the ancient trunk.

They stood in silence, listening to the ducks, and marveling at the timeless specimen.

“For about 15 minutes, we just stood there,” said Moore. “I’m getting goosebumps right now thinking about it. It was one of those times that you know someone is sharing something with you that’s very important to them, and as it turns out, it’s a very important place.”

It’s no wonder Moore had the same physical reaction as Carl did. If there’s ever a warranted to reason to be awestruck, get goosebumps, and stand in silence — it’s standing next to a millennia-old tree that has survived 26 centuries of human history.

After learning about the fifth-oldest tree in the world discovered in North Carolina, read about the world’s oldest man wanting to die. Then, learn about this guy dismissed a tree branch stuck in his shoulder as a mere “splinter.”