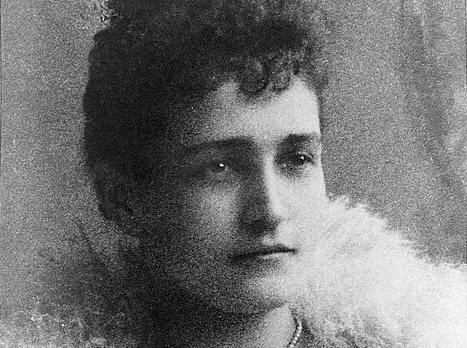 Mary Scott Harrison McKee was the only daughter of President Benjamin Harrison and Caroline Scott Harrison. When Caroline died during Ben’s term, Mary and her family moved in.

Mary eventually became estranged from her father when, a few years after Caroline’s death, he became romantically involved with Mary Lord Dimmick — his late wife’s niece and his poor daughter’s first cousin.

Mary Dimmick was 25 years younger than the 23rd president and Mary McKee never spoke to her father again — nor did she and her brother attend the Dimmick-Harrison wedding. 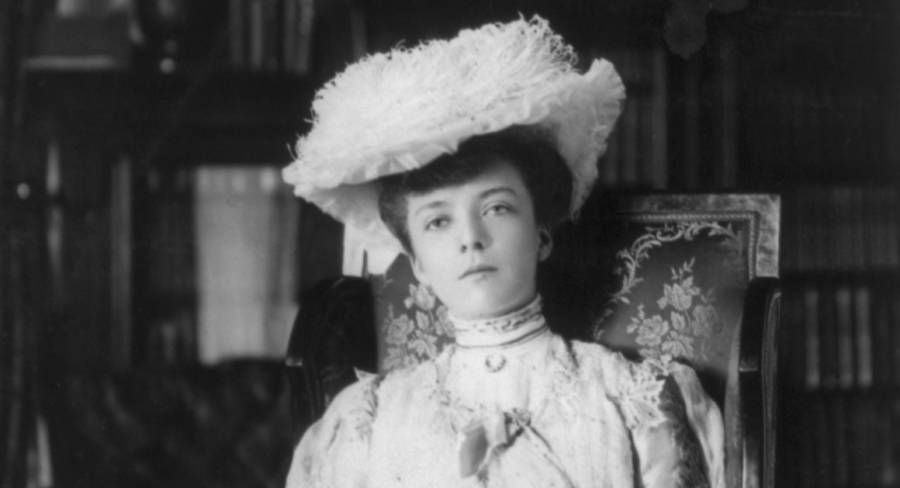 “I can either run the country or I can attend to Alice,” Theodore Roosevelt once said about his feisty and energetic eldest daughter. “But I cannot possibly do both.”

Alice was 17 when her dad became president, and she is almost certainly the most entertaining first daughter to have ever walked the halls of the West Wing.

Alice fought against social confines of the day by smoking cigarettes, riding in cars with men, partying all night, and gambling. She had a pet snake named Emily Spinach (after her spinster aunt), once put a tack on a gentleman’s seat in the Capitol, and loved attention — becoming the social face of the family.

During a diplomatic mission to Japan, Hawaii, and China, Alice jumped fully clothed into the cruise ship’s swimming pool. She then charmed Congressman Nicholas Longworth into joining her in the water. Longworth would eventually become her husband.

Their marriage turned icy in later years, and rumors of Alice’s affair with Senator William Borah were widespread. It was even largely suspected that he fathered Alice’s daughter. In her characteristically sharp and biting humor, Alice suggested she name the baby Deborah. De Borah.

After leaving a voodoo doll of Nellie Taft buried in the front lawn, Alice was banned from the Taft White House. She was then banned from Woodrow Wilson’s White House for making an inappropriate joke.

In later years, a 1965 newspaper profile indicated that she retained her spunk:

“We walked to Mrs. Longworth’s upstairs sitting room, where she often reads until six o’clock in the morning. Books were piled everywhere on the tables and on the floor, and contemporary newspaper clippings were strewn on the side tables. Coyote skins were lying on the backs of two large, comfortable chairs, and on one of the chairs was a pillow with the words, IF YOU CAN’T SAY SOMETHING GOOD ABOUT SOMEONE, SIT RIGHT HERE BY ME.”