Newly Uncovered Settlement In Iceland Rewrites The Timeline Of The Vikings

Archaeologists said it was the oldest and richest Viking settlement that has been found to date. 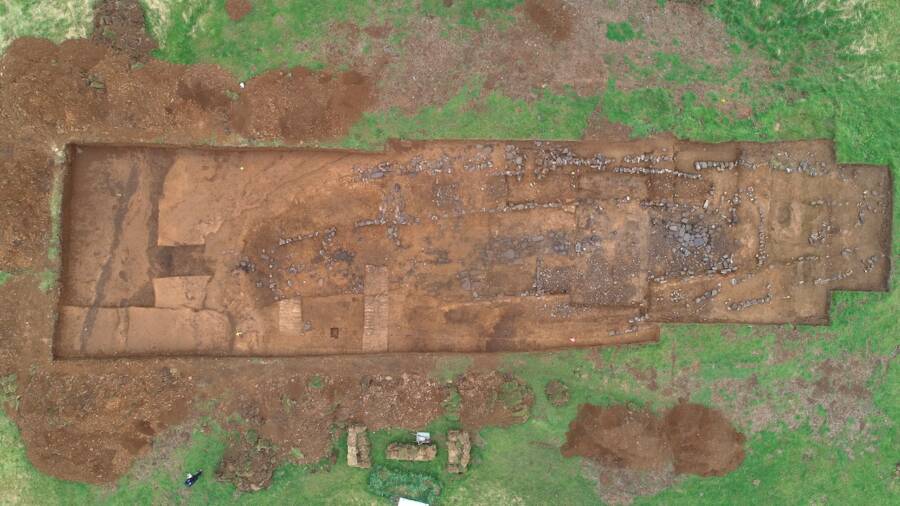 Bjarni EinarssonA Viking settlement dating back to 800 AD has rewritten the historical timeline of the ancient seafarers.

Researchers are stunned by the recent discovery of a pair of Viking longhouses in Iceland. Most astonishingly, the estimated age of one of the structures pushes back previous estimates of the date of Viking settlement in the country.

According to Live Science, large wooden halls known as longhouses were a common fixture in Old Norse culture, and were used as communal habitations by the Vikings.

The longhouses in question were discovered in Stöð, a town in the east of Iceland. There, two separate longhouses measuring hundreds of feet long had been built using materials like wood, turf, and thatch.

Inside, these large wooden homes were divided spaces which allowed them to be shared between several families at a time. At the heart of the structures were stone hearths that stretched along the center, where the Vikings likely stored livestock during the cold winter months. 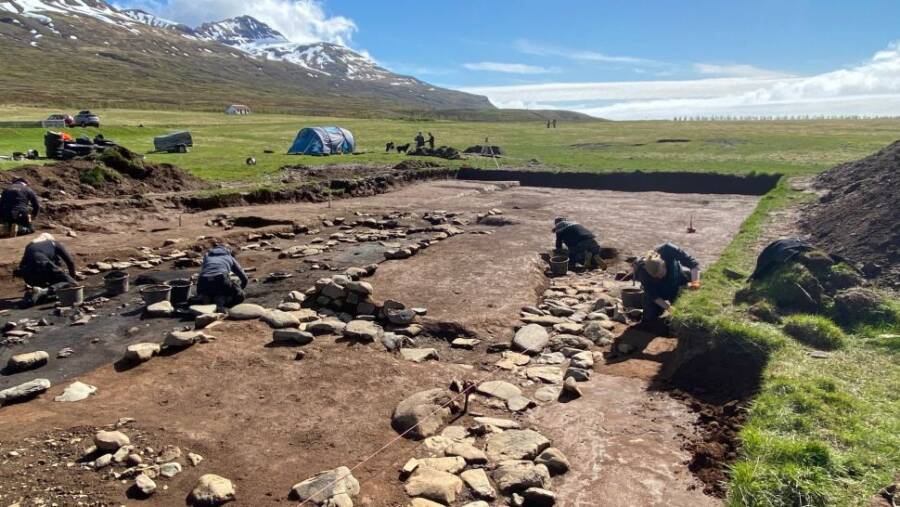 Bjarni EinarssonTwo separate longhouses were found at Stöð, one of them decades older than the other.

According to archaeologists, the younger longhouse measured about 130 feet long and 20 feet wide. It dated to around 874 A.D., which is about the time researchers believed that the Vikings settled in Iceland.

Based on Icelandic lore, the early settlements were populations who escaped King Harald Fairhair, believed to be the first king of ancient Norway.

Researchers uncovered a trove of historical artifacts inside this younger longhouse, such as Roman and Middle Eastern silver coins, gold, ornamental beads, and bullion, bent pieces of silver used as currency by the Vikings. The items make up the most valuable horde of Viking artifacts to date.

“The younger hall is the richest in Iceland so far,” said archaeologist Bjarni Einarsson, who led the excavations. “It is hard not to conclude that it is a chieftain’s house.”

As researchers continued their careful excavation of the site, they uncovered an older structure beneath the first longhouse. Analysis of the structure suggested it was built in 800 A.D. — decades earlier than the permanent settlement of Iceland.

Scientists believe that the younger longhouse was built on top of the ruins of the older structure — which stretched about 131 feet long — after the Viking community transitioned into a permanent settlement.

Meanwhile, the older longhouse is believed to be a seasonal settlement occupied during the summer and fall seasons due to its similarities to the seasonal camp found at L’Anse aux Meadows, in Newfoundland, Canada. The Canadian settlement dates back to 1,000 AD, a lot younger than the one excavated by Einarsson’s team.

“This was a pattern of the settlement of the islands in the Atlantic Ocean,” Einarsson said. “First, we had the seasonal camps, and then the settlement followed.”

The discovery of a metalworking space inside the older longhouse was also the only indoor blacksmith space ever found among such Viking settlements. 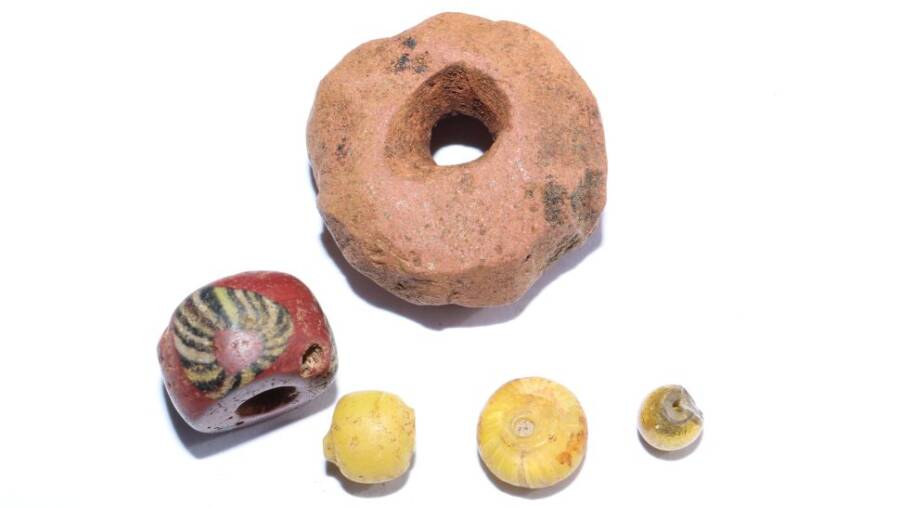 “We know that the westernmost part of the older hall was a smithy [for working with metal] — the only smithy within a hall known in Iceland,” said Einarsson, who discovered the longhouse ruins in 2007. Excavations at the site only begun 12 years later with permission and funding from the Icelandic government.

These seasonal camps would have been vital in gathering resources, like walrus, bird, fish meat, and other goods to supply the nomadic Vikings’ seafaring journeys.

Other seasonal camps have been discovered in other parts of Iceland, such as the Aðalstræti site in downtown Reykjavík and the one at Vogur in the village of Hafnir which is in Southwest Iceland. Yet, none have offered such new insights into Viking history as the settlement at Stöð.

There will surely be more surprising discoveries as researchers continue to scan Scandinavia for more ancient Viking settlements.

Next, read about the “massive” skeletons of Viking descendants found in Sicily and meet Erik the Red, the Viking who was banished for murder — and went on to found Greenland.