In what ended up being one of the United Kingdom’s regrettable teenage phases, the two decades between 1640 and 1660 were England’s first modern foray into republicanism. It was a time of great tumult and creativity in England, with a right-wing Parliament of religious zealots surreptitiously conglomerating power yet a suddenly uncensored media stream of everything from the Modern Era’s Odyssey, to the first tract on climate change, to feminism, to an unlucky activist’s continued pleas for radical communism.

The history behind it all starts with Catholic King Charles’ execution by his Protestant Parliament, followed by his heir signing a treaty with the fledgling Irish Catholic Confederation. A sizable chunk of the ever-shrinking Rump Parliament (so-named for its paltry resemblance to its once mighty numbers) was Puritan and brutally contemptuous of Catholics; they sent the New Model Army, commanded by Oliver Cromwell, to make way for Protestant settlements on Ireland. 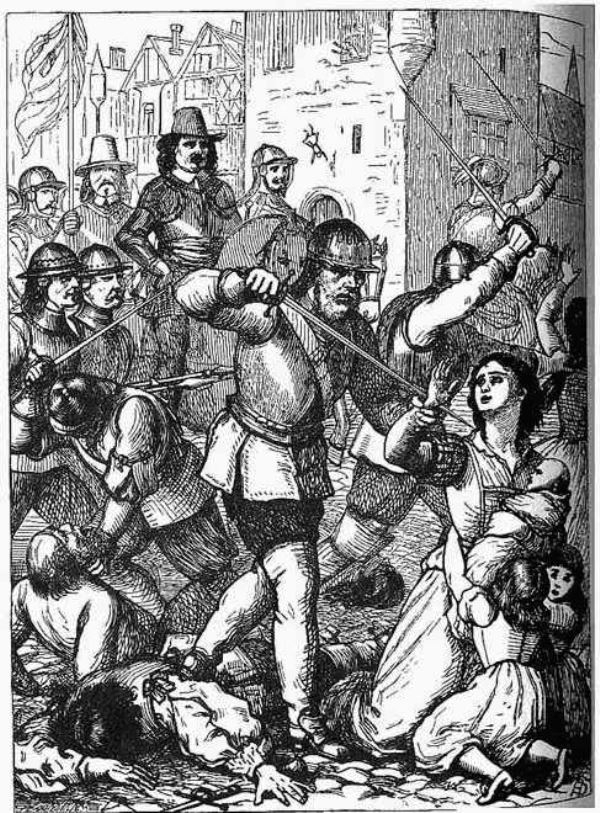 If there is any one thing you learn from this article, it’s that you should probably just avoid bringing up Oliver Cromwell around any Irishmen. As well as being one of England’s bigger domestic mistakes, Cromwell is widely credited with the ruination of Anglo-Irish relations. Basically from the moment he stepped foot on Irish soil until he left years later, Cromwell was killing Irishmen. In Drogheda, the first town the New Model Army lay siege, he slaughtered almost every soldier and clergyman—nearly 3000 men—for not surrendering soon enough.

From there they moved on to Wexford, where his troops interrupted surrender negotiations to destroy the town so savagely that they couldn’t even use it for a supply port. At every turn, Cromwell handily defeated the Irish defenders. Even Ireland’s most formidable force, the Ulster Army, had a third of its men killed in one battle. Cromwell slaughtered the ICC so efficiently that his face is used in Northern Ireland to goad Catholics. 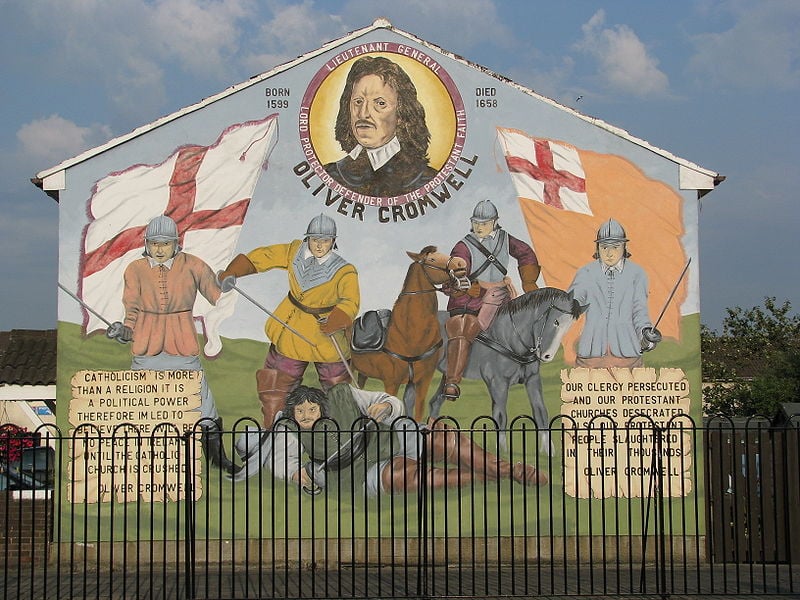 Without a comparable army, the ICC resorted to guerrilla tactics as early as 1650. In response, Cromwell enacted a policy of total war, burning food stocks in villages across the island and imprisoning suspected Tory sympathizers. What the ensuing famine failed to kill, the Black Plague preyed on. All told, roughly 40 percent of the island’s population was struck down by Cromwell’s actions, rivaled in Irish history only by the 19th Century Potato Blight.