"I feel sorry for that individual. He must have a very sad life."

The man’s tirade was protected by the First Amendment, unlike the children’s innocence.

An unauthorized Grinch has terrorized a Christmas festival in Florida, leaving kids in tears and parents furious.

An unidentified man showed up at a Christmas event put on for kids in downtown Cape Coral in Southern Florida and decided to ruin everyone’s fun by screaming that Santa Claus doesn’t exist at children.

The Festival of Lights event is a Cape Coral community celebration that has been a tradition for over 25 years. Among the featured attractions for kids is the snowcapped hill that kids can sled down (which is naturally a special treat for South Florida kids) and the chance to visit Santa and tell him what they want for Christmas this year.

But the enjoyment of the festival was destroyed for a number of kids and parents after this Grinch in a man costume showed up. Cell phone footage obtained by a local news station shows the man screaming at the top of his lungs “There’s no Santa Claus!” and that these children’s parents are lying to them.

Parents reflect on the scene.

“I feel sorry for that individual. He must have a very sad life,” Cape Coral resident Cindy Menkes reported. “I think it’s a shame. Our children are faced with so many difficult things in this world that the magic of this time of year, it’s taken away from them. There’s no sense of decency with those kind of individuals.”

The man reportedly stood in the middle of the festival for hours, continuously screaming his unsettling comments at the children. Although some of the kids wound up in tears over the situation, one mother reports that her child was still too excited about the festival’s activities to pay mind to the Scrooge.

“I mean it’s for the kids. You should kind of leave those adult opinions out of this kind of an atmosphere,” said another local Vincent Tumminello. 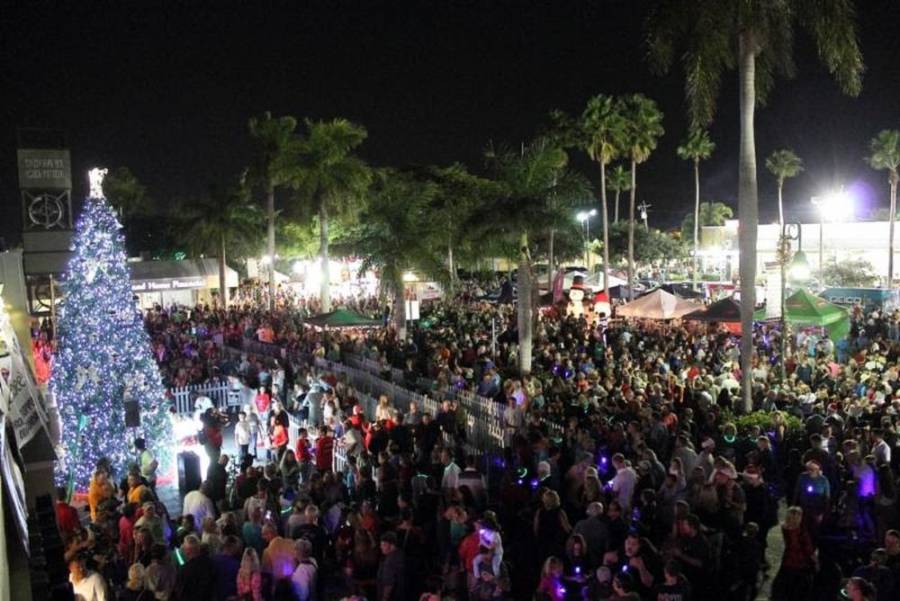 CapeStyle MagazineA scene from the Cape Coral Festival of Lights.

Cape Coral Police were present at the Festival of Lights but could, unfortunately, do nothing to stop the man. Voicing his opinions, although in an inappropriate situation, is protected under the First Amendment, which is why he managed to stand his ground and scream at the kids for as long as he did.

NBC2 reports that the only way police would have been able to stop him is if he had used some sort of a voice-enhancing device (such as a megaphone) while he was screaming the obscenities at the children, or if he created a riot, which authorities say he did not.

NBC2 also managed to track down and get a hold of the Grinch, but he reportedly did not wish to make a comment.

Next, check out these 17 bizarre Santa Clause legends from around the world. Then, learn about the origins of the Christmas Tree tradition and how its managed to stick around.