Inside Project Blue Peacock, The Most Outrageous Nuclear Plot Of The Entire Cold War

In 1954, the British engineers behind Blue Peacock designed a nuclear landmine to use against the Soviets — and it was dependent upon live chickens. 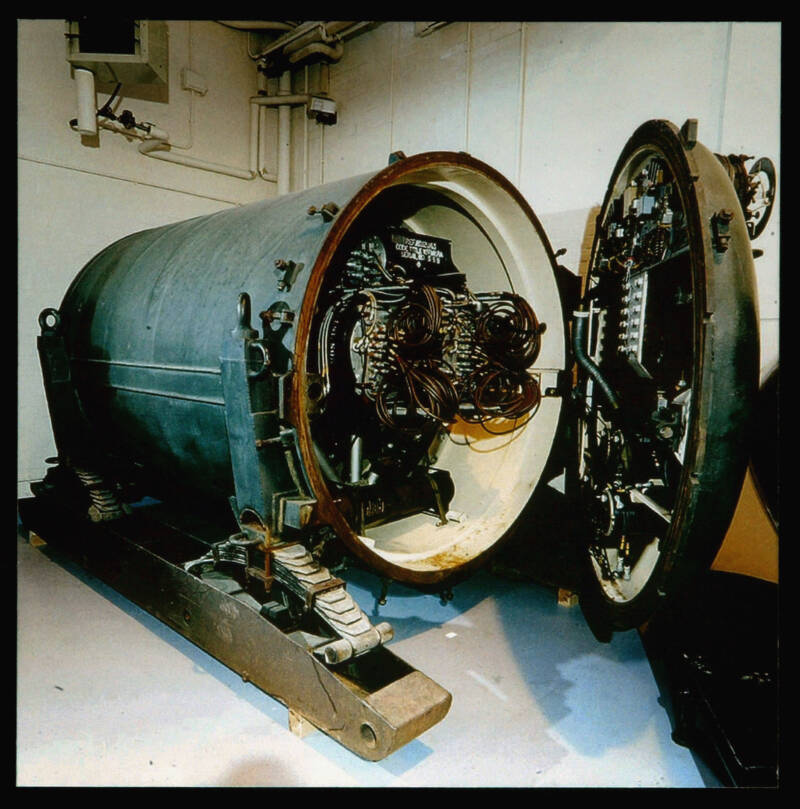 As the Iron Curtain descended across Europe following World War II, countries on both sides started making plans about what to do if the Cold War ever turned physical. As the nuclear arms race took off, the British came up with the top-secret Operation Blue Peacock as a way to stop a potential Soviet attack.

The plan: bury nuclear landmines across West Germany that would explode if the Soviets tried to invade.

The problem: frigid temperatures might keep the bombs from detonating.

The solution: seal live chickens inside the buried landmines to keep them warm.

It may sound too outlandish to be true — but Operation Blue Peacock was very real.

How The Cold War Sparked A Nuclear Arms Race

World War II ended in 1945, but a new standoff soon gripped the world. And this time, the conflict pitted nuclear powers against each other.

In the 1950s, NATO faced off against the Warsaw Pact, and Germany was ground zero. Divided in two after World War II, the country was the battlefield where the Cold War could easily become hot.

But how far would either side go to win? 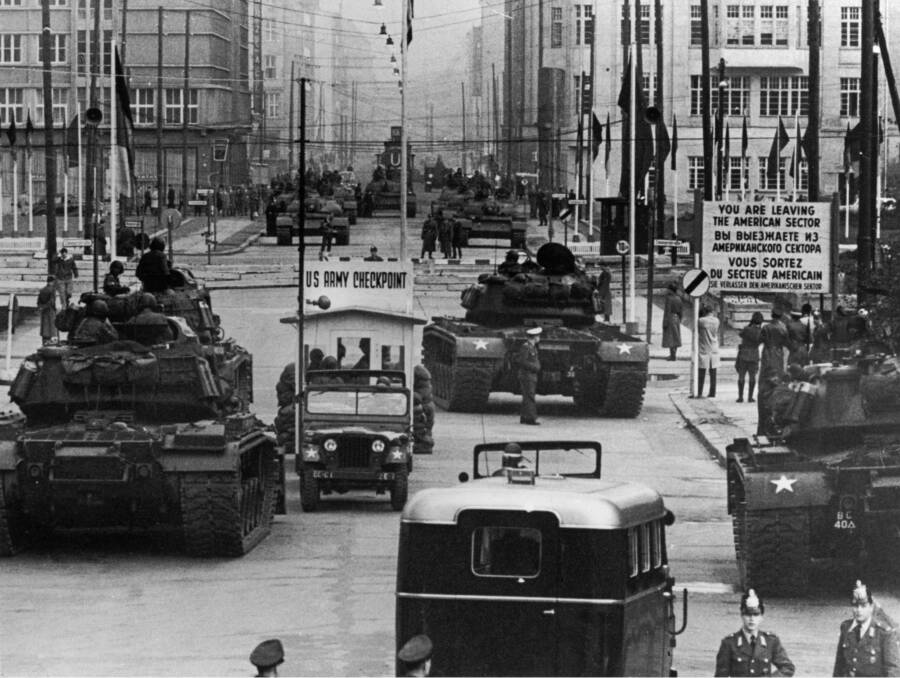 The British were willing to go nuclear. In the early 1950s, according to The Guardian, the British Army came up with a drastic idea codenamed Blue Peacock.

RARDE suggested burying the mines in the North German Plain. If the Soviets ever crossed into Western territory, the British would wait just long enough for them to set up headquarters and supply depots — then detonate the bombs right beneath them.

These landmines weren’t small, either. At 10 kilotons, each weapon was about half as powerful as the bomb that destroyed Nagasaki in 1945 and would leave a crater larger than a football field in the ground upon exploding. In the aftermath of their detonation, huge swaths of Europe would be blanketed in radioactive fallout.

In addition to blasting away Soviet forces, the British hoped the nuclear landmines would make occupation impossible. That is, the radioactive contamination would convince the Soviets to leave Germany. 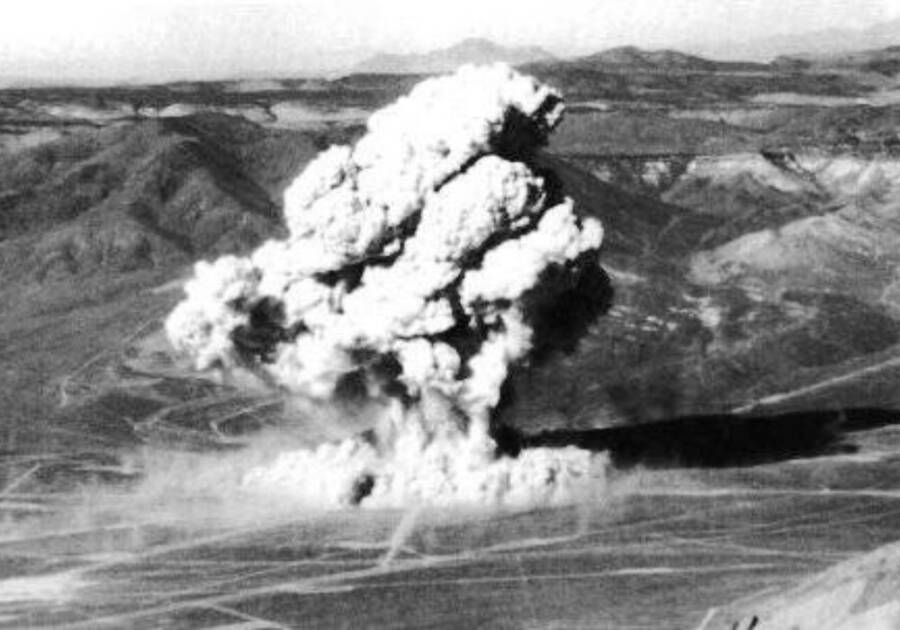 As a top-secret 1955 policy paper put it, according to The National Interest, “A skillfully sited atomic mine would not only destroy facilities and installations over a large area, but would deny occupation of the area to an enemy for an appreciable time due to contamination.”

But though the Blue Peacock sounded like a promising weapon at first, it also had several flaws that engineers needed to find solutions to.

Inside The Chicken-Powered Nuclear Bomb

One of the first dilemmas the British came across was just how to detonate the new landmines. One option, as reported by Popular Mechanics, was to hastily bury each landmine with an eight-day timer if Soviet forces ever started to invade.

Officials also considered activating the bombs remotely or programming them to detonate within 10 seconds if they were tampered with. However, there was still another issue: the weather. Temperatures often fell below freezing in northern Germany during the winter, particularly underground. With so many intricate parts, the landmines were liable to fail if they got too cold. 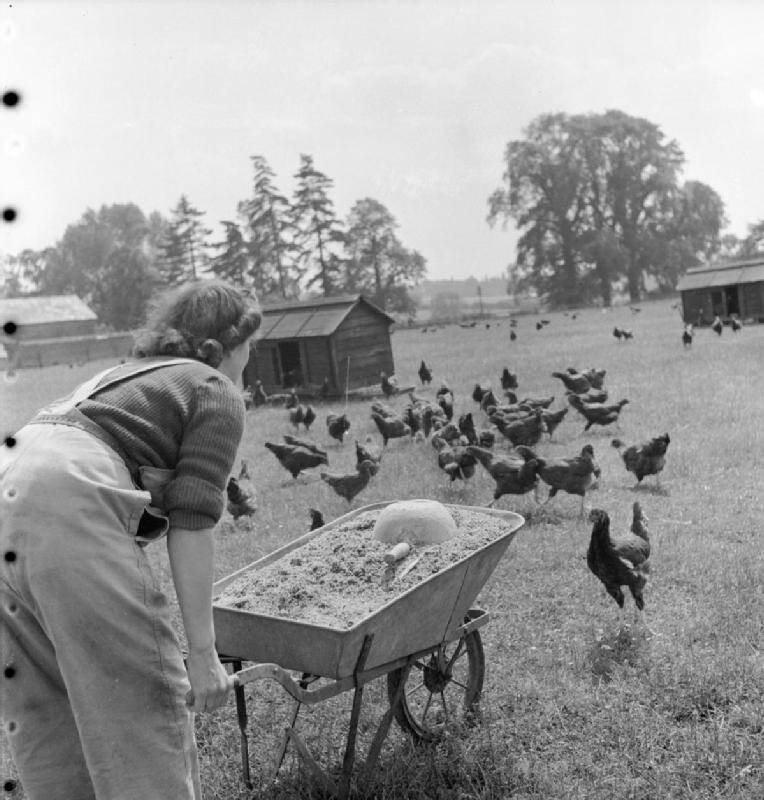 Engineers first suggested wrapping each seven-ton bomb in fiberglass pillows to keep them warm, but then they had another idea: chickens. Live birds would be placed inside the casing of each bomb with just enough food for them to survive for eight days. Their body heat would keep the mine warm until it was time for it to detonate — and they would be killed in the resulting explosion if they hadn’t yet starved to death.

As outlandish as the idea sounds, engineers actually built two prototypes, and the British Army even ordered 10 of the weapons in 1957. But the innovative design would never be put to use.

The End Of Operation Blue Peacock

The British toiled away on Project Blue Peacock for four years before giving it up. In 1958, the Ministry of Defense canceled the “politically flawed” project, citing concerns about radioactive fallout and the destruction of their allies’ territory.

“It may look bizarre now, but this weapon was a product of its time,” researcher Lesley Wright told New Scientist. “It was a response to the perceived threat of overwhelming Soviet superiority in conventional weapons.” 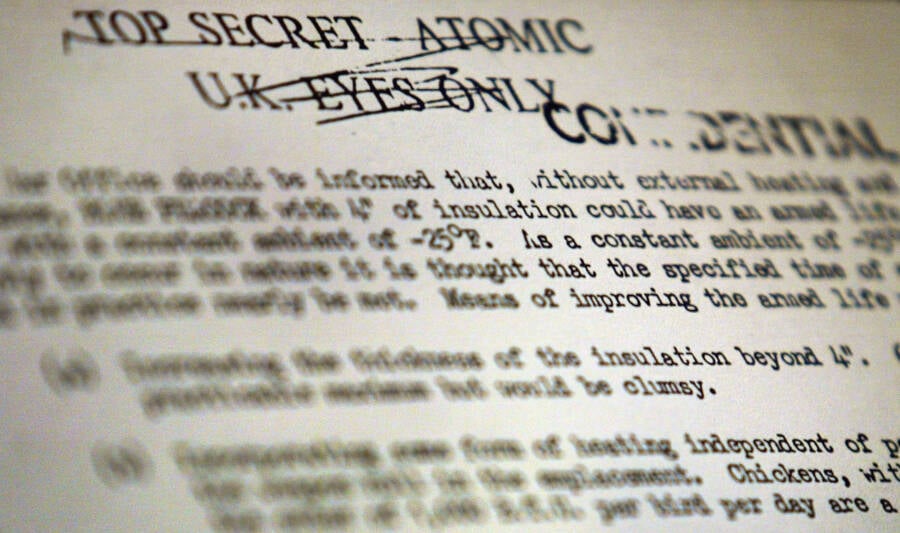 Bruno Vincent/Getty ImagesA top-secret document explains the plan to use chickens in the Blue Peacock bombs.

Even after the plan was scrapped, the Blue Peacock remained a secret for decades. In fact, it wasn’t until 2004 that the project was declassified. The information was released on April 1st of that year, prompting many to ponder if it was some bizarre April Fool’s Day joke.

Some were so convinced Blue Peacock was an elaborate hoax that Tom O’Leary, the head of education at the National Archives, had to release a statement. “It does seem like an April Fool but it most certainly is not,” he said. “The Civil Service does not do jokes.”

Operation Blue Peacock sounds like fiction — but it wasn’t the first outrageous British war plot. Next, read about the panjandrum, the rocket-propelled Nazi destroyer that looked like something out of a sci-fi movie. Then, learn about Oleg Penkovsky, the Soviet spy who prevented nuclear war.