While the Florida water snakes that led to this parkland area's closure are non-venomous, some said they saw deadly water moccasins slithering about. 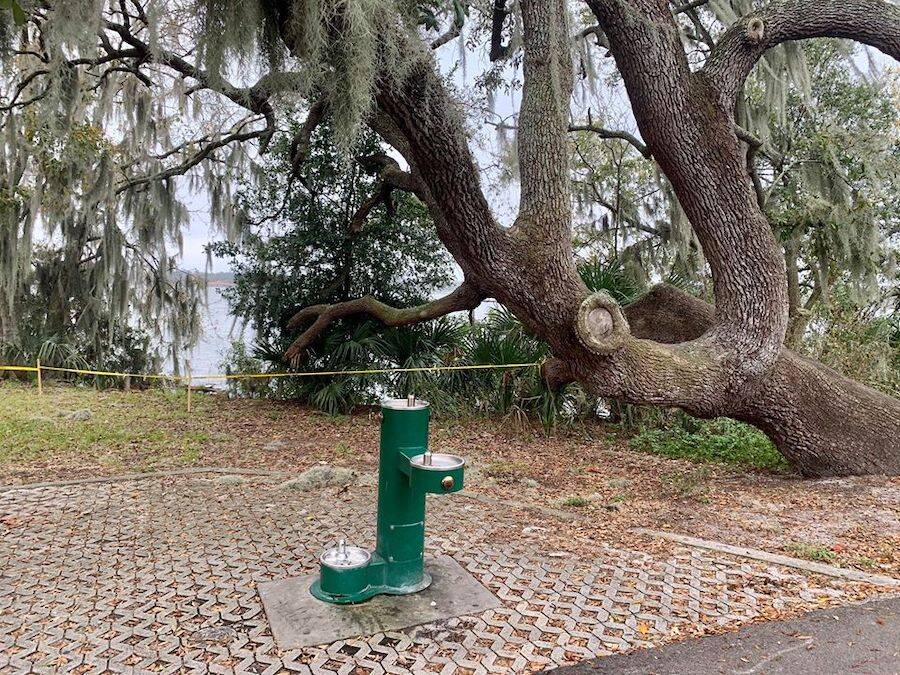 Lakeland City Parks And Recreation DepartmentCity officials cordoned off an area of the park near Lake Hollingsworth to protect citizens while let the snakes’ mating season run its course.

It’s mating season for the Florida water snakes of the genus Nerodia. That means a tangled web of cold-blooded reptiles getting hot and heavy in a public cuddle puddle with concerned citizens looking on in fear.

The city of Lakeland had to close off an entire area of parkland near Lake Hollingsworth to keep the snakes happy — and the people safe.

As it turns out, there was really no way to circumvent the seasonal mating ritual but to stand back and let it run its course. Authorities simply decided to cordon off the lakeside hotspot with caution tape, and increase public awareness of the issue.

“It appears they have congregated for mating,” the Parks and Recreation Department said on Facebook. “They are non-venomous and generally not as aggressive as long as people do not disturb them.”

These snakes have even been sighted as far north as Virginia, where they feed on frogs, fish, and other creatures that congregate by the water.

These Florida water snakes, specifically, have chosen the parks water-adjacent tree limbs as their mating spot. While they’re fortunately non-venomous, some residents have claimed to have seen water moccasins among the group.

According to The New York Post, that particular species is so venomous that a bite can lead to death if left untreated. At the very least, their bites cause severe pain and swelling. The city responded to these reports on Facebook by assuaging residents these congregations are entirely natural.

“While we cannot rule out the presence of other species being in that location or other locations around the lake we believe the water snakes have congregated in that area as they seem to do yearly,” they wrote. 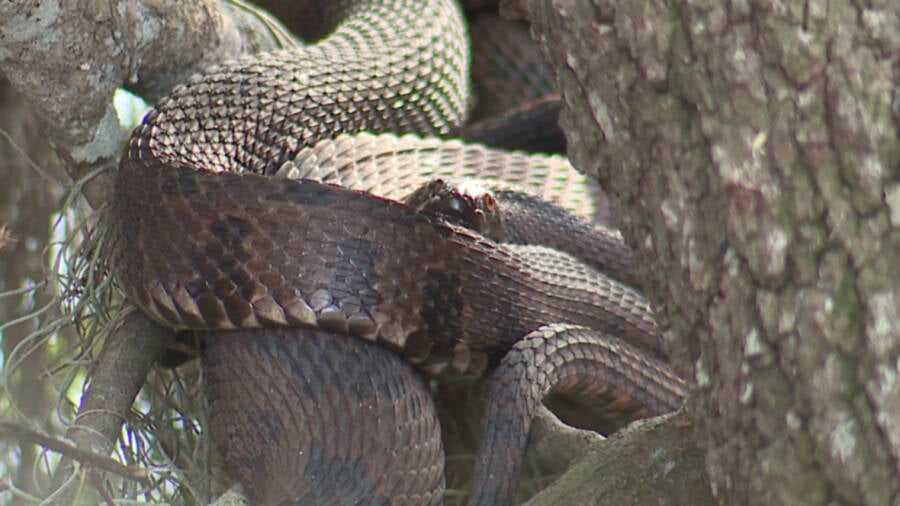 In terms of this annual mating season, the Florida Museum of Natural History explained that it begins in mid-winter and stretches out into spring. Once the mating season ends, the snakes are expected to detangle and slither their own separate ways.

A newly-bred batch will emerge, as well, of course. Brown water snakes typically birth 60 babies at a time, with each one measuring between 7 and 11 inches.

Some would suggest removing the snakes before then, in order to make the park as family-friendly as possible. Of course, there’s more to the natural world than curating its elements to our desires — which the department made sure to clarify. 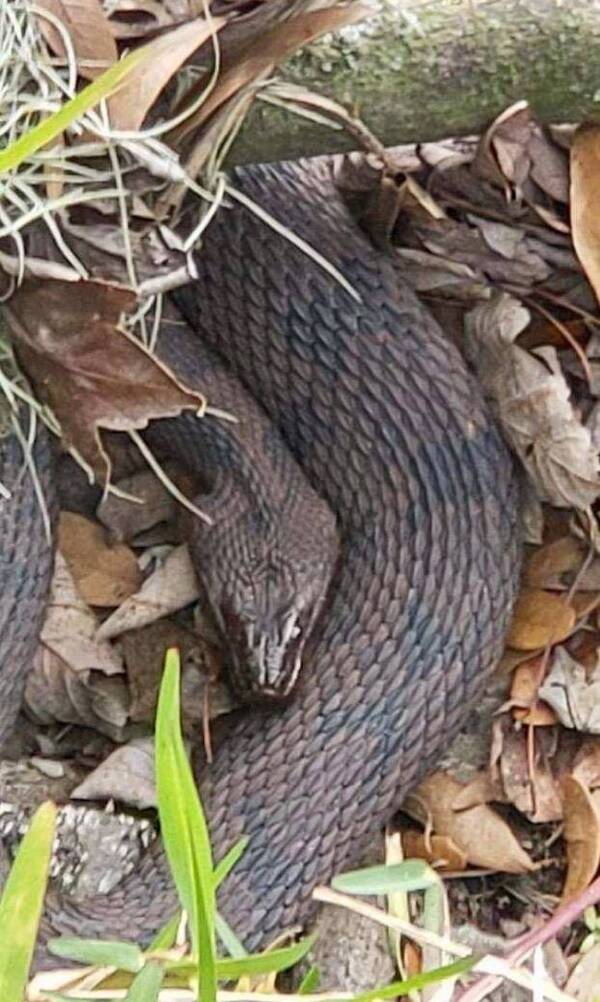 Lakeland City Parks And Recreation DepartmentWhile this Florida water snake is non-venomous and is rather harmless, some residents reported seeing the deadly water moccasin slithering about.

“They are an important part of our ecosystem and should not be disturbed,” it explained, adding that this gathering ritual happens every year.

Hopefully, these slithering reptiles enjoy an uninterrupted season of lakeside mating and don’t bite any uninformed parkgoers. The end of this reproductive season will certainly signal the start of two positives — a park without snakes and the end of winter.