From lush forests made of broccoli to minions composed of rice, food art reminds us that we don't have to sacrifice our childhood imagination for great art. 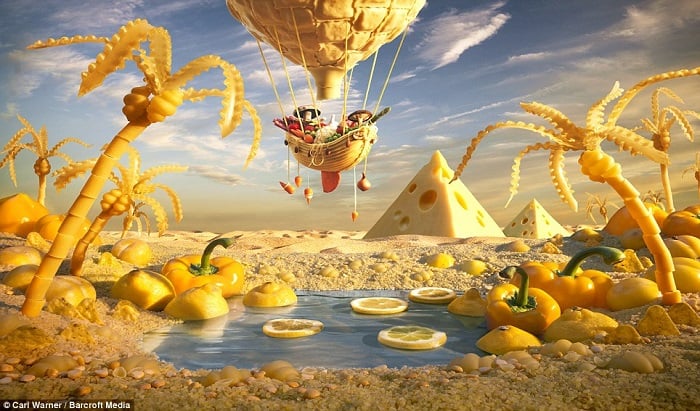 Although their parents warned them not to play with their food, the following five artists never listened to that piece of advice. And surprisingly, we’re thankful for that. Using rice, chocolate, salmon and grains as their mediums of choice, these “childlike” individuals create incredibly complex pieces of art. Here are the world’s coolest food artists.

Cool Food Art No.1: Mother of the Year 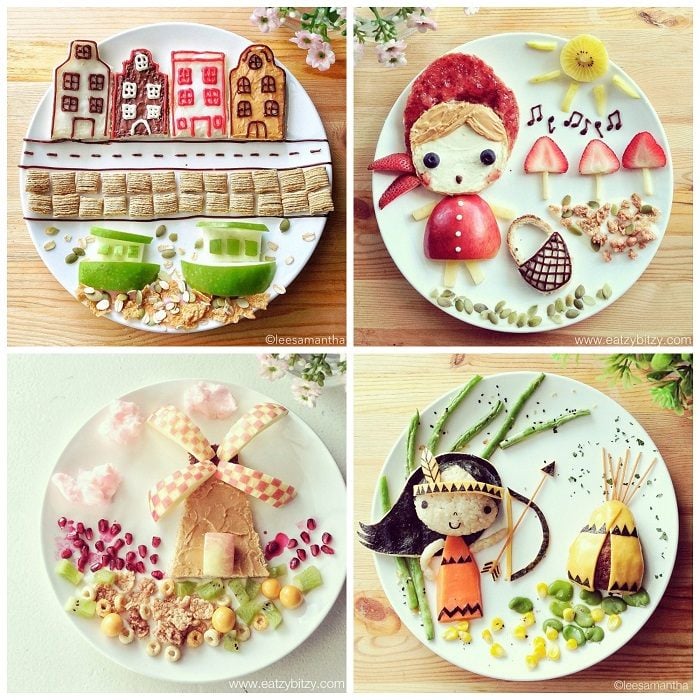 Samantha Lee may be the world’s coolest mom. The Malaysian mother of two, who works as a kids’ party planner, first began making bento in 2008. For those who do not know, bento is a balanced, visually appealing meal packed into a box. Lee initially created the Japanese bento for her eldest daughter, around the time when Lee’s second daughter was born. 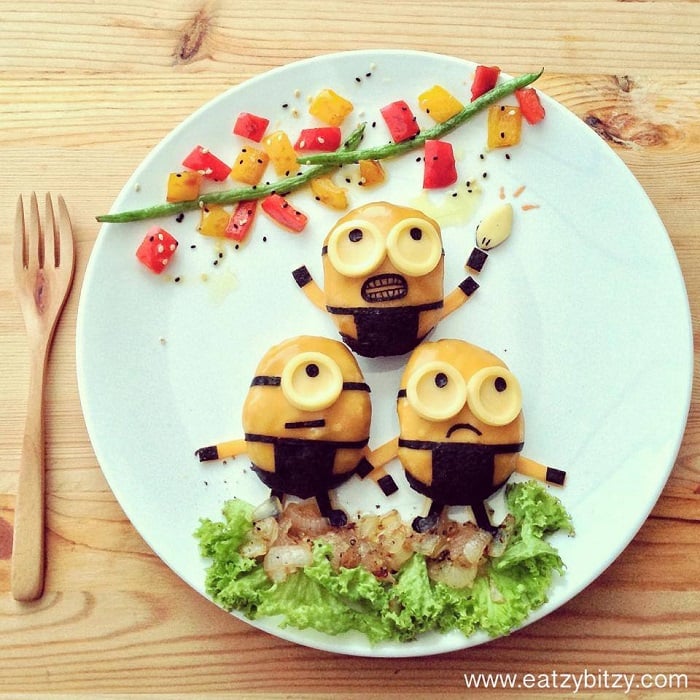 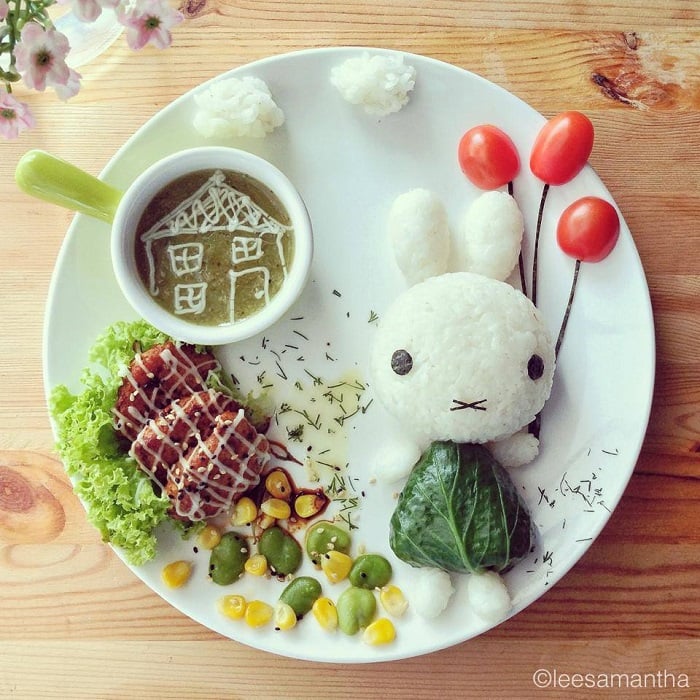 What was once an act of intimate, maternal creativity on behalf of Lee quickly became a global phenomenon. Lee publishes photographs and how-to instructions for interested individuals on her personal blog. From minions to Korean animated characters Pucca and Garu, her works of food art are always cheerful and fresh. 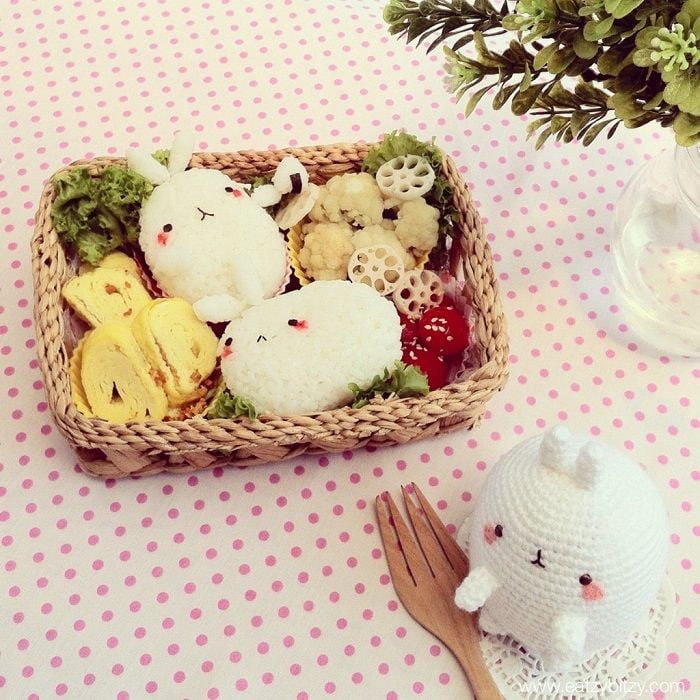 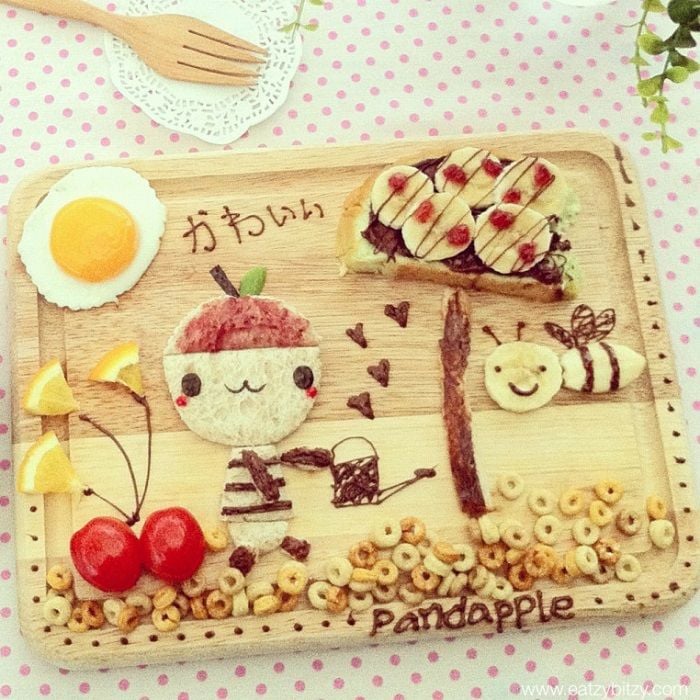 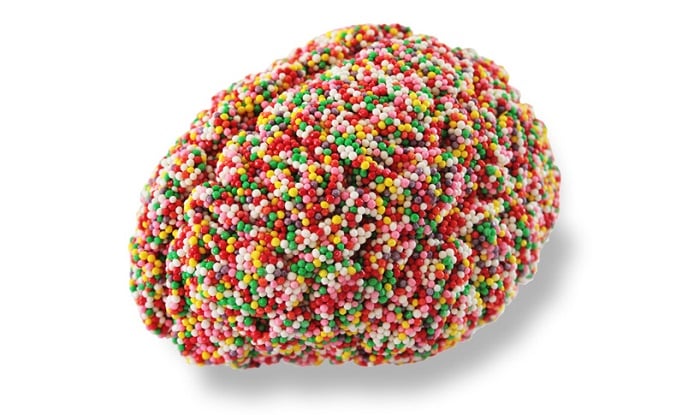 Everyone knows what it is like to daydream about a particularly tasty meal. Artist Sara Asnaghi literally creates brain food. For her two part series called, “What Have You Got in Your Head?”, the Italian artist constructed human brain-shaped sculptures using a variety of grains, candy and other tasty treats. 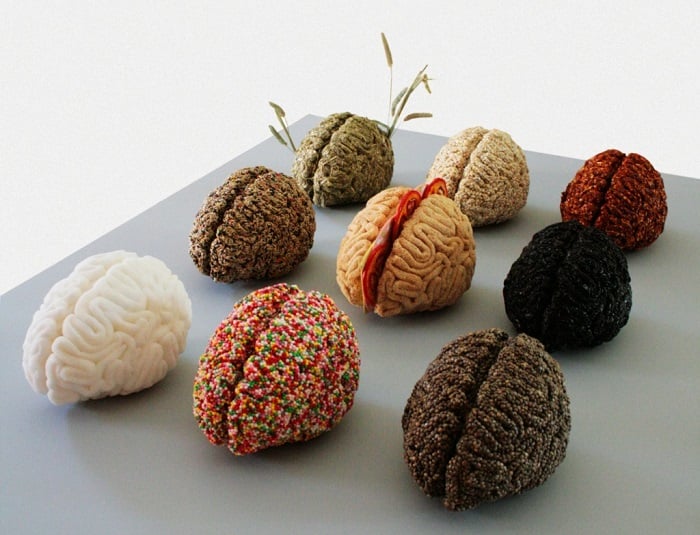 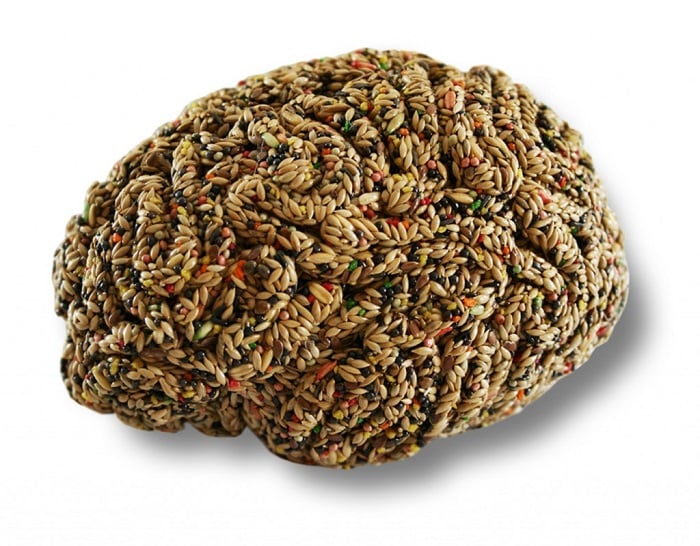 Asnaghi was inspired by philosopher Feuerbach’s famous quote, “We are what we eat,” along with her idea of a fantastical world in which people are actually transformed by the food they eat. Using bread crumbs, polenta, salt and more, Asnaghi’s sculptures are playful and unique. Viewers particularly love her “brain sandwich”. 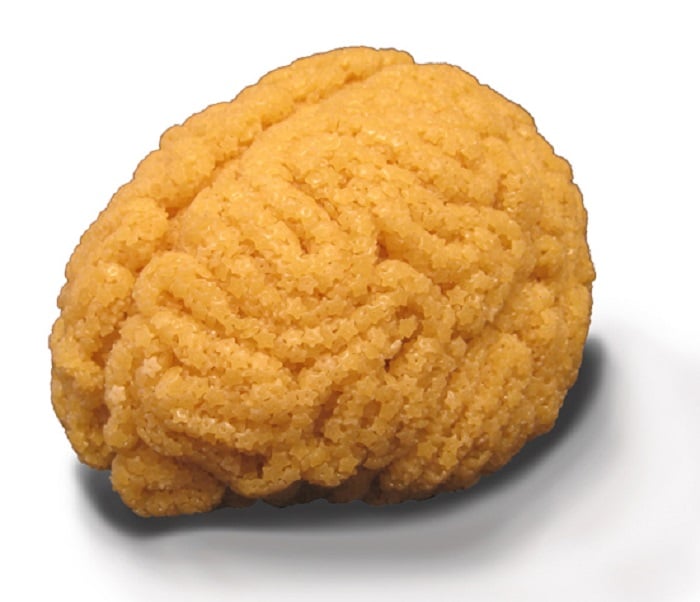 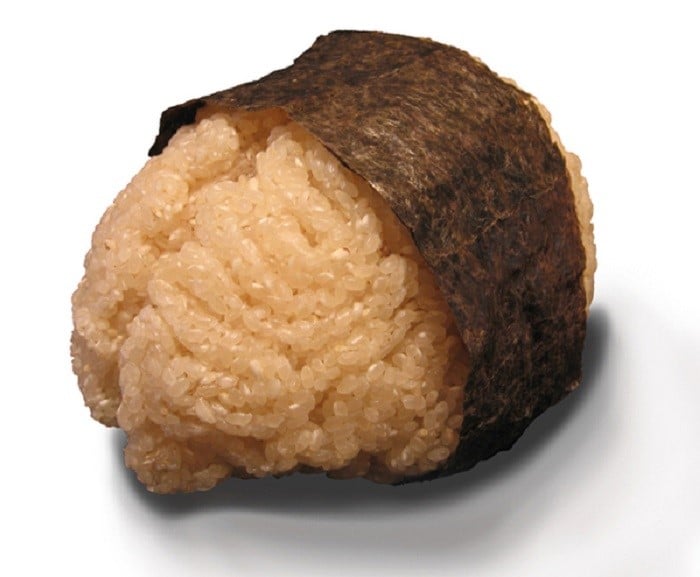 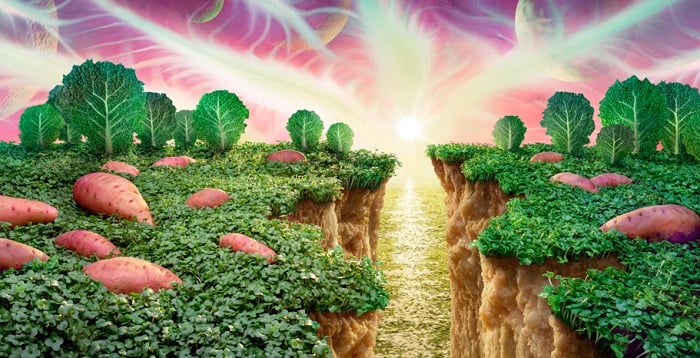 While these landscapes seem to mimic reality, a closer look will reveal that grassy knolls are made by broccoli florets, not grass. London-based Carl Warner, an advertising photographer, is the man behind these incredible “foodscapes”. Inspiration for Warner’s first foodscape came in the late nineties, when he saw some Portobello mushrooms that looked to him like trees from an alien universe. He quickly created the foodscape titled “Mushroom Savanna,” which was the first of many to come. 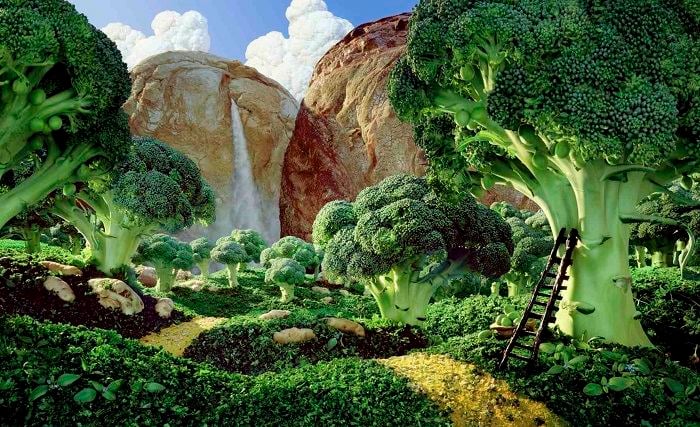 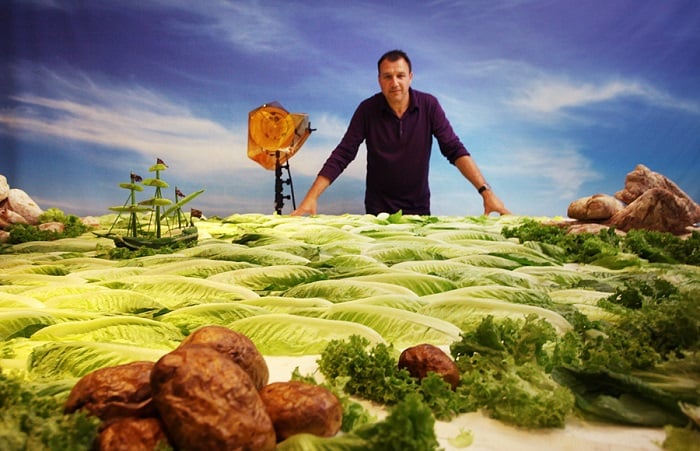 From salmon seas to leafy, green broccoli trees, these whimsical foodscapes take the viewer back to their childhoods, when forks were not utensils but plows for vast mashed potato farms. To create these dreamy, edible environments, Warner first builds the scene with food, and then captures the perfect picture with his camera. Warner documents the behind-the-scenes creation on his personal webpage. Since creating his first foodscape more than a decade ago, various companies have requested that Warner create similar art for their campaigns. 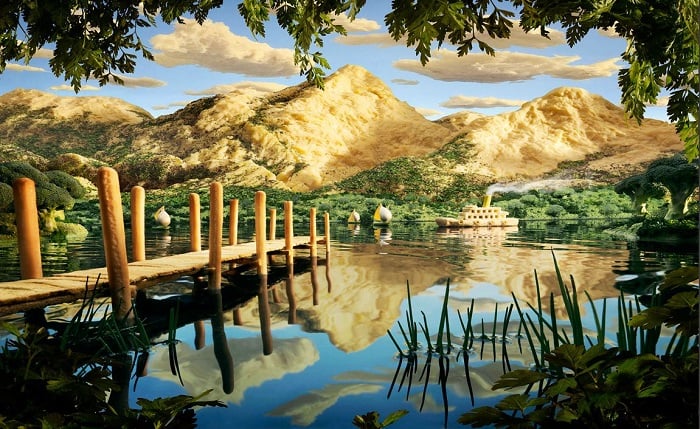 Source: From S With Love 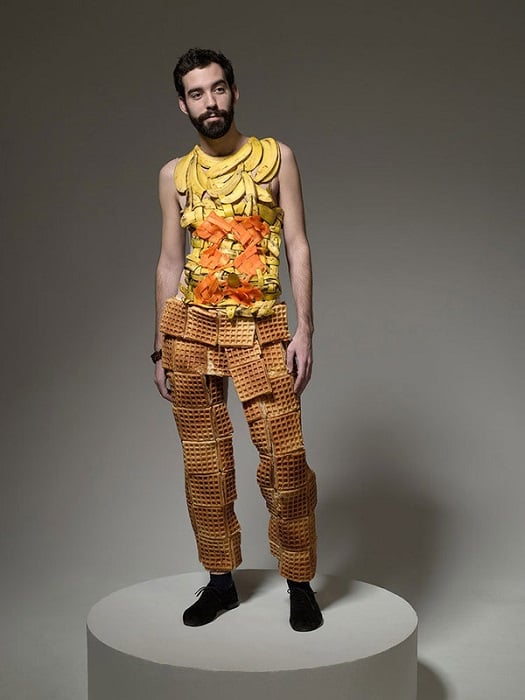 Photographer Ted Sabarese is known for his ambitiously conceived photographs and artistic, creative vision. For his “Hunger Pains” photo shoot, Sabarese worked with a number of talented, well-known clothing designers to create a line of apparel crafted solely from foods that a troupe of 15 models craved. Sabarese then shot models wearing the custom-made food-clothing, successfully blending the high-class and the bizarre in a provocative commentary on an individual’s relationship with food. 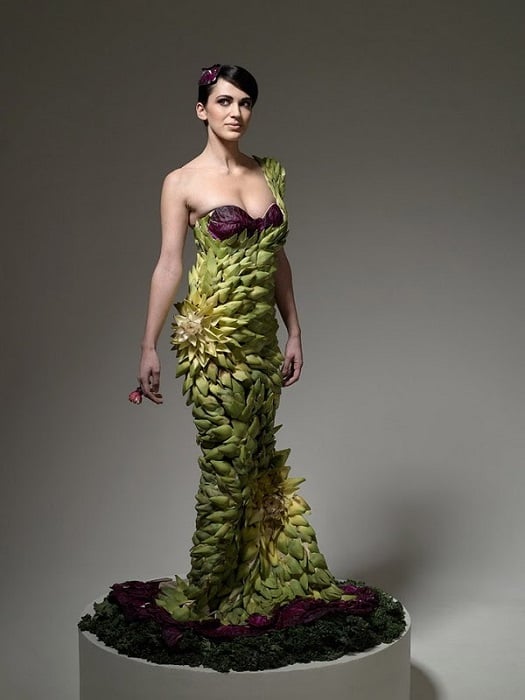 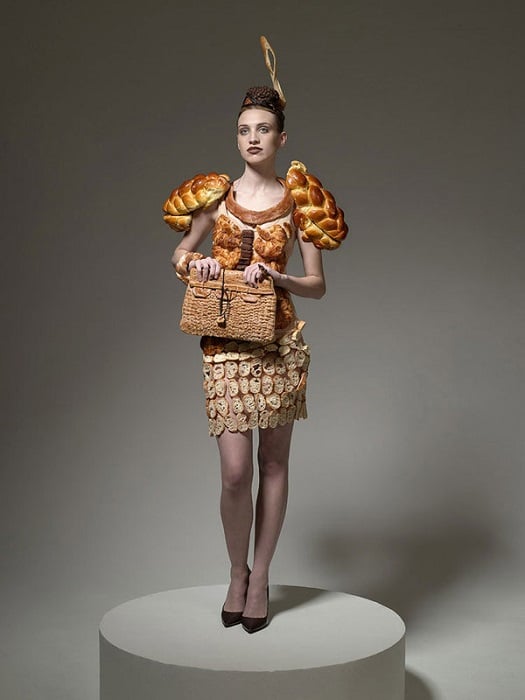