Run Away With The Foreign Legion 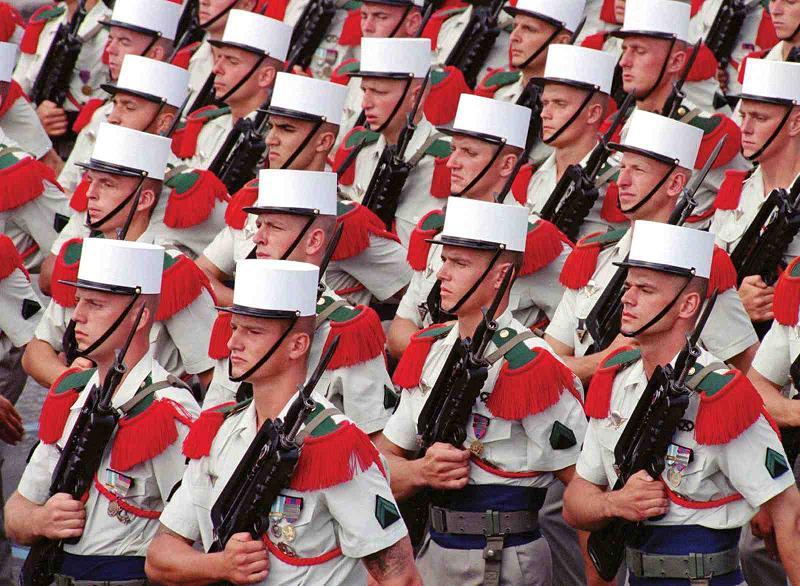 No matter how carefully you plan out your life, sooner or later it’s all going to fall apart on you. When that happens, and the divorce papers show up or the parking fines get to be too much to bear, you might find yourself tempted to throw it all away and run off to join the Foreign Legion or something. Thanks to Beau Geste and that one Laurel and Hardy movie, Americans all have the idea that the Légion étrangère is the kind of organization that will let you sign up and get a new start on life by traveling all over the world and doing a romantic, dangerous job that really impresses women in sleazy North African bars.

Of course, like every other cool thing in the world, it can’t really be like that. Despite its reputation as a life preserver for the cast-away men of the world’s societies, where you can enlist to escape your horrible life and rise through the ranks in a new community, there’s got to be some kind of horrible catch. These days, they probably require a master’s degree or something, right? No way are they going to let a high school dropout who doesn’t even speak French just sign up and start firing a machine gun, right? 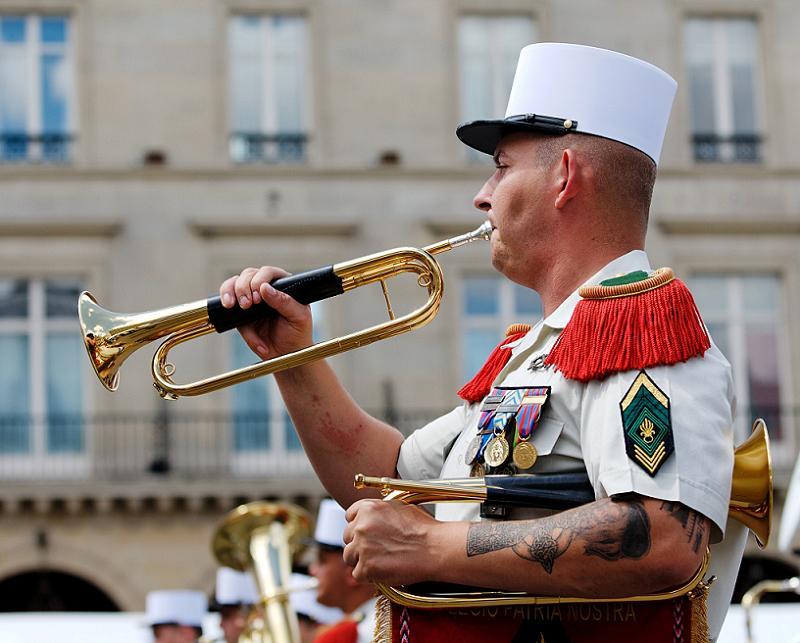 At first, this man was single-bugle proud of joining the Legion. But that somehow didn’t seem like enough, so he got a second one. After five more years, he’ll be given a third.
Source: Wikipedia

Actually, that’s about the shape of it. Pretty much any failure under age 40 can get in, and they’re really forgiving about most of the awful things you’ve done to wreck the life you’re living now. 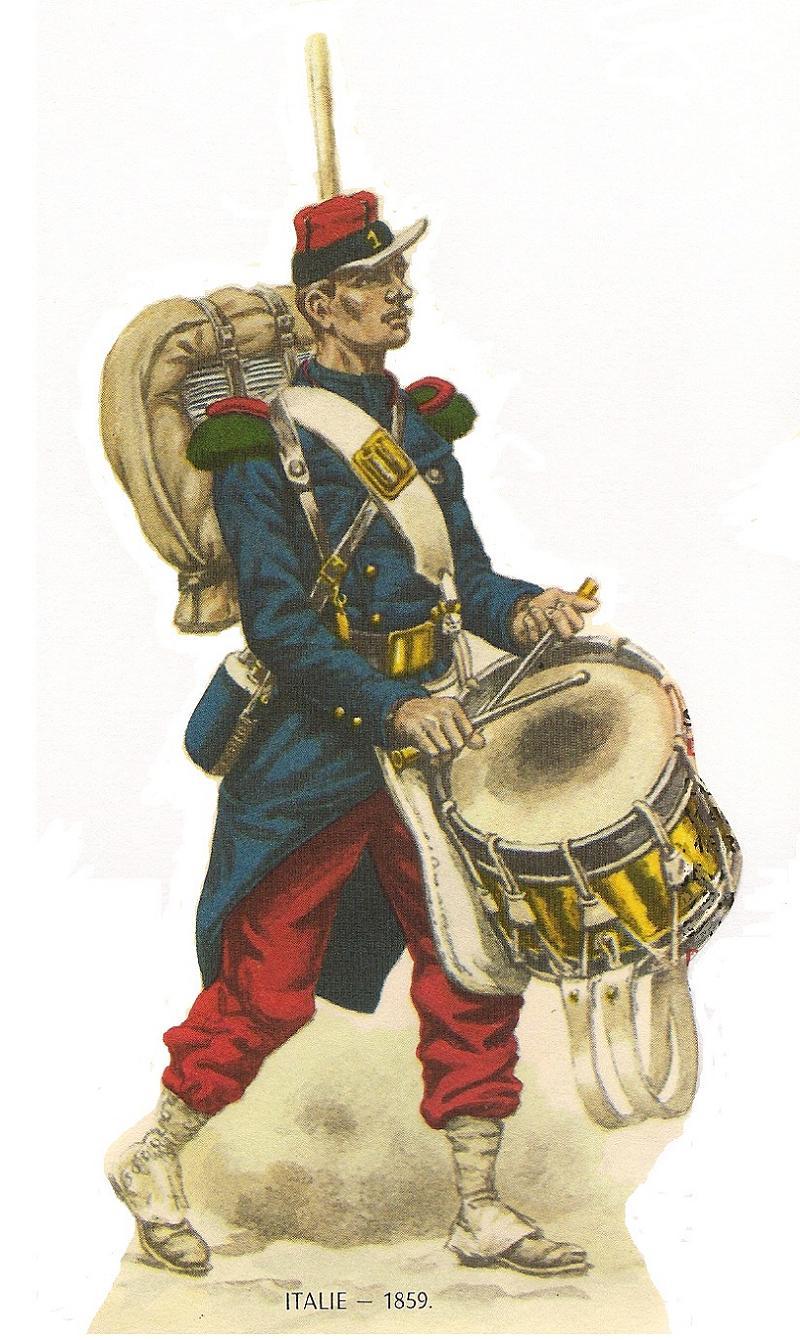 The French Foreign Legion was conceived specifically as a dumping ground for every worthless dog who made a mess on Europe’s carpet during the wave of (mostly failed) revolutions of 1830. By 1831, most of the monarchs in Europe, having figured out that it’s dangerous to have huge masses of unemployed twenty-something men roaming around in their capital cities, were cleaning house and shoveling worn-out revolutionaries into the colonies, dungeons, and conveniently located gallows from Portugal to Russia.

At the same time, the general collapse of the Bourbon family outside of France had, ahem, liberated tens of thousands of professional mercenaries whose only skill was killing people for money. If you were the king of France just then, you’d be sitting on top of some scary people and eager for a pressure valve. Coincidentally, this was about the time Africa was being pried open by European imperialists.

For France, the conquest of Africa was largely a game of grabbing every inch the British hadn’t already claimed, which called for huge armies of men whose inevitable deaths from malaria wouldn’t be too big a deal for the (still pissed off) folks back home. The Foreign Legion used one problem to solve another, buying the French monarchy a solid 18 years of peace before being overthrown again. 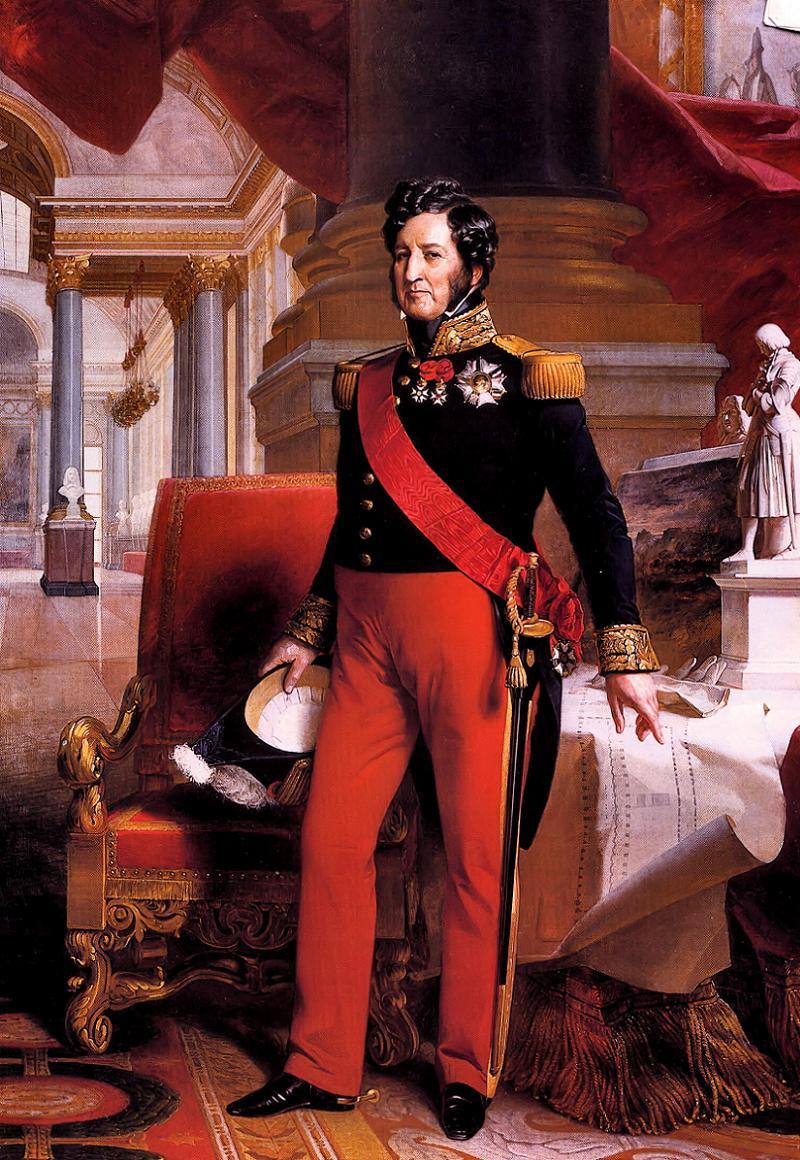 “Alors! ‘ow can you revolt against zees pantalons? Zey are red, like ze blood of the patriots!”
Source: Wikipedia

King Louis Philippe put the Legion together and started recruiting from among all the overcrowded slums in Europe. The deal for new recruits was simple: join up and fight. You’ll probably die, but assuming you don’t, you can petition for French citizenship after five years or after being wounded badly enough that even a 19th-century army can’t use you. The Foreign Legion was not to be used on French soil, knowing French was not required for recruits, and members could even sign up under a pseudonym if they felt like it. Except for the bit about the false name, that’s pretty much how the Legion still operates. 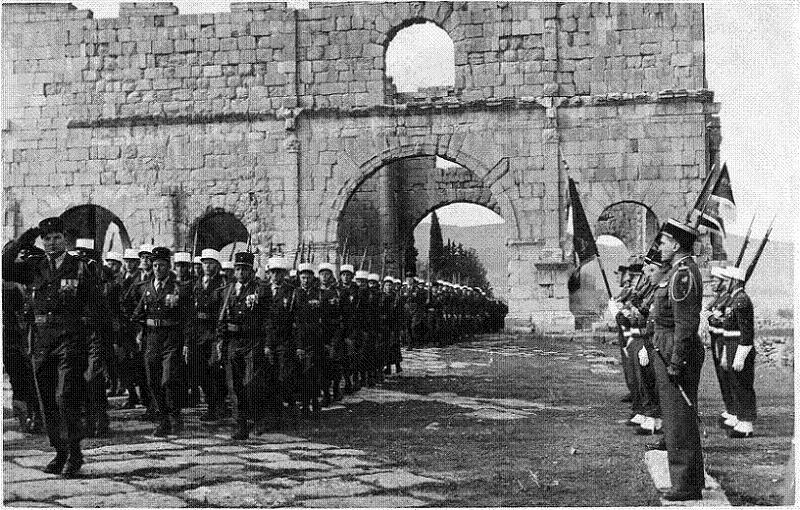 The Foreign Legion got to work right away in Algeria. The French expeditionary force of 1830 had been slaughtered by native Algerians who—sacre bleu!—didn’t see the French civilizing mission in quite the rosy terms it was being sold under.

Using a great deal of slaughter, and occasionally a few tactics, the Foreign Legion plugged the manpower gap and forced the French zone of control south into the Sahara. During the very few breaks in fighting, the Legion proved to be a nice, reliable slave labor force for imperial administrators who used legionnaires to drain the marshes around Algiers, which must have been a fun project to work on in the heat of the African sun.

By 1835, France was finding all sorts of fun new wars to get involved in. Right next door in Spain, for example, a struggle broke out over succession to the throne. Louis Philippe, having learned nothing from France’s last war of Spanish succession, threw in the Legion with both fists flying. They actually won this time and were probably surprised when the Legion was dissolved in 1838. The problem seems to have been casualties; by 1838, the Foreign Legion had only around 500 surviving members. Eventually, the Legion would be restored, ironically with a large contingent of former Carlist Spanish veterans who found themselves at loose ends when the war ended. 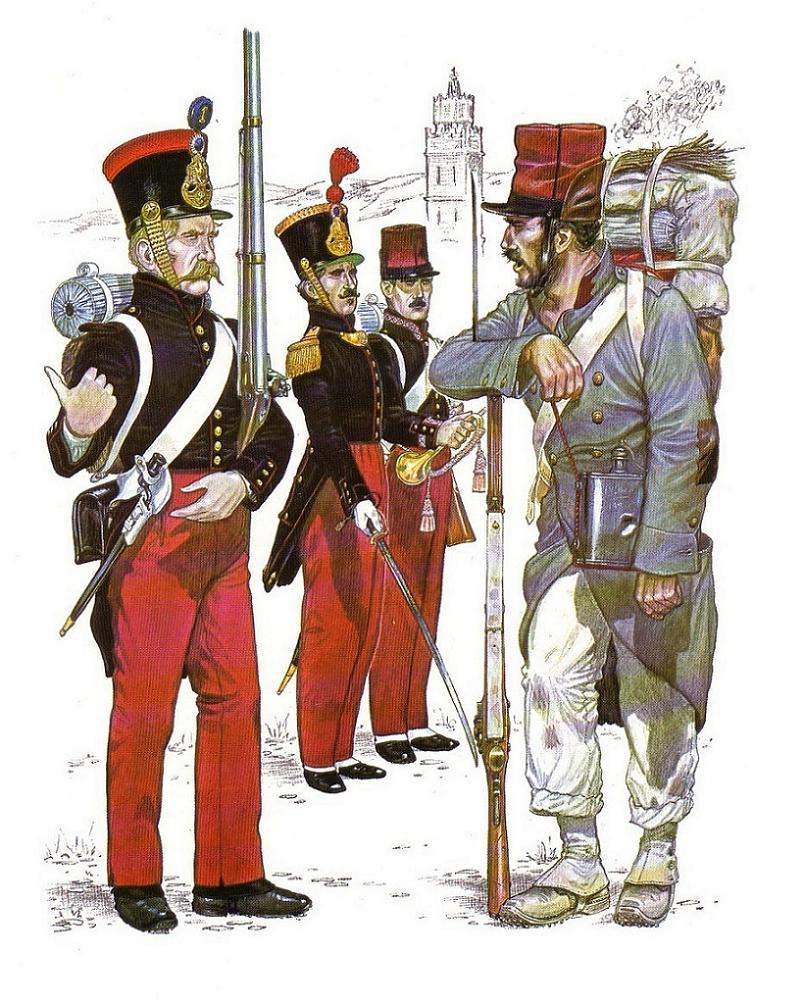 “Thees is not the mustache you are looking for, seńor.” Source: Mon Legionnaire

Throughout the 1840s, France found itself distressingly short on wars to fight, so it was a huge relief when war broke out in the Crimea in 1853. An entire brigade of the Legion was dispatched to fight Russia on its home turf, evidently not having read about how that turned out for the last French army to try that very thing, and—again surprisingly—did okay.

Between Russian bullets and a cholera epidemic, the Foreign Legion managed to keep its casualties down to a nice, round 10 percent and returned in fighting trim for the next huge war you’ve never heard of, the Second War of Italian Independence (the one where the fighting was so gory, it led to the founding of the Red Cross).

The history of the Legion’s deployments under Napoleon III and the subsequent Third Republic is worthy of a master’s thesis, which isn’t what you’re going to get here. To get a sense of what it was like to be a Foreign Legionnaire between 1853 and 1914, try climbing onto a roof somewhere. Get some multilingual friends to gather below and shout abuse at you in English, Arabic, Spanish, and German; then pitch yourself off the roof headfirst while your friends try to stab you with bayonets. For extra realism, let some yellow fever-infected mosquitoes bite you a few days before you jump.

As a Legionnaire, your life was considered totally expendable, even by the standards of European armies of the time, and French foreign policy ensured you’d get plenty of chances to expend it during your five-year hitch.