As these incredible images show, schooling fish are one of the world's most incredible natural phenomena.

Like starling murmurations, schooling fish are one of the world’s most wondrous natural phenomena. Not to be confused with shoaling fish (which refers to fish who gather to swim together socially), schooling fish are defined as a large group of fish that swim synchronously.

Swimming in a school allows fish to protect themselves from predators, improve foraging, and swim more efficiently. While scientists are still working to better understand fish schooling, experiments over the past few decades have provided much information about how (and why) fishes form schools.

For one, schooling is most likely a genetic behavior.

In fact, a combination of behavioral traits and unique sensory abilities allow fish to move fluidly and in sync with the school. While schooling fish make moving in perfect time look easy, there are various factors that the fish must instantaneously account for; the fish must quickly respond to water currents and react instantly to changes within the group. Scientists have discovered that fish base their decisions on a synthesis of where all the fish in its field of view are headed, instead of following its nearest neighbors.

Check out these 27 pictures of the incredible phenomenon: 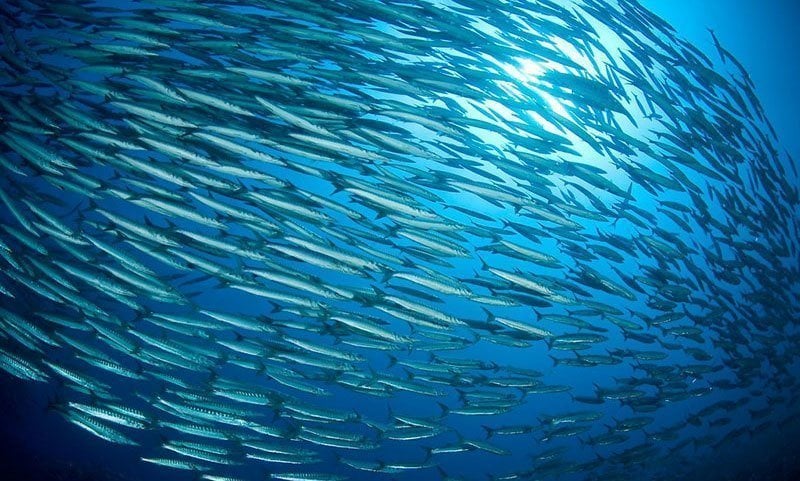 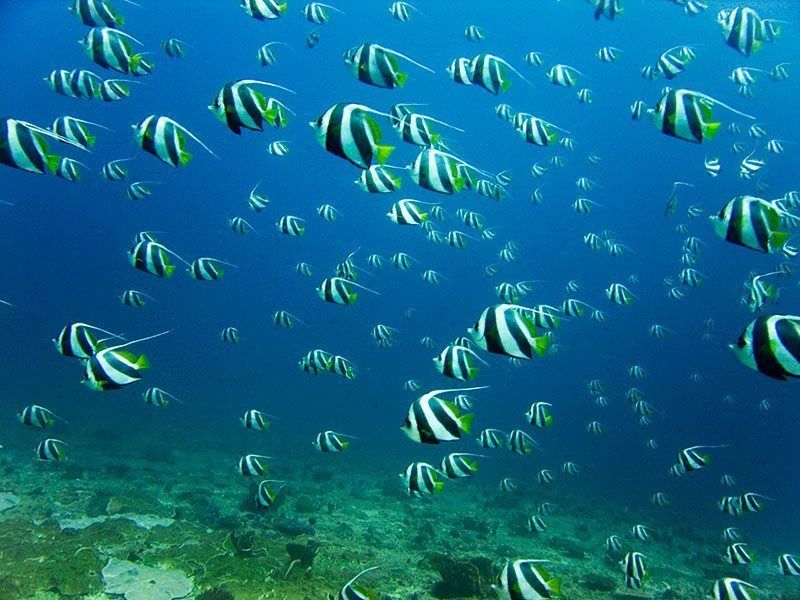 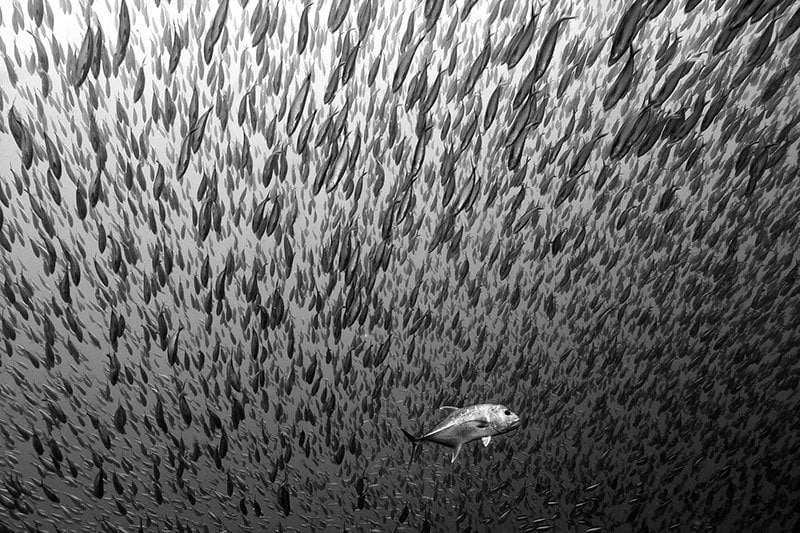 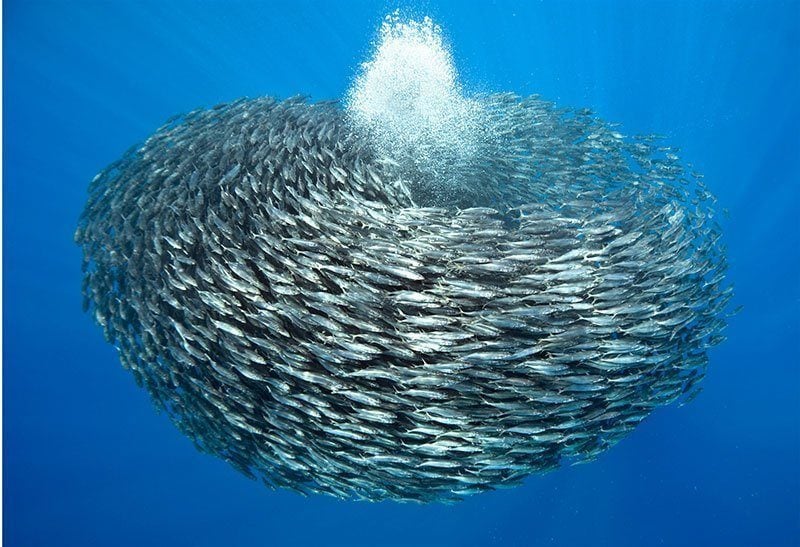 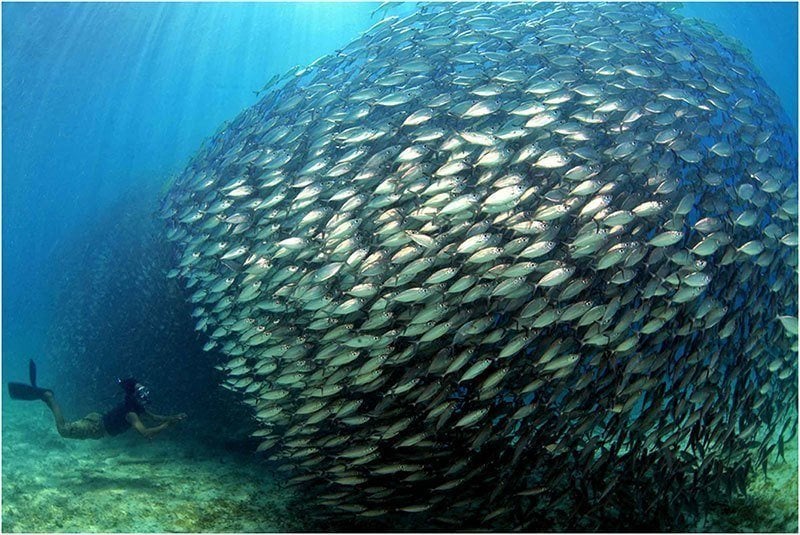 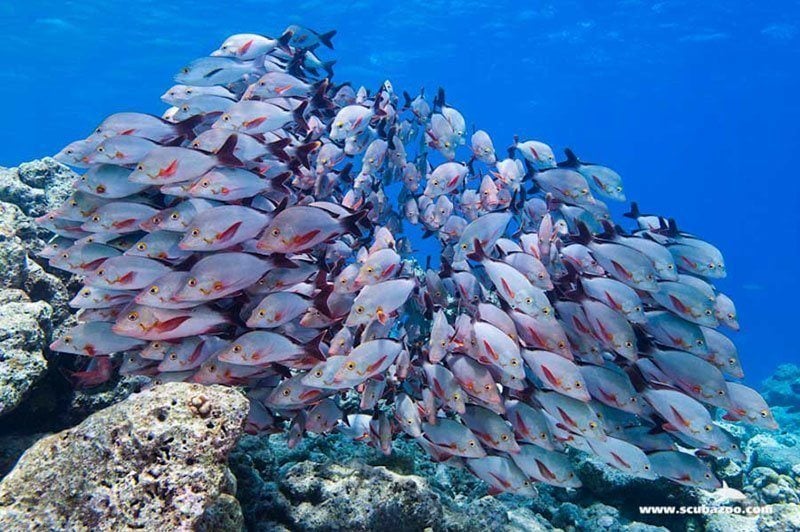 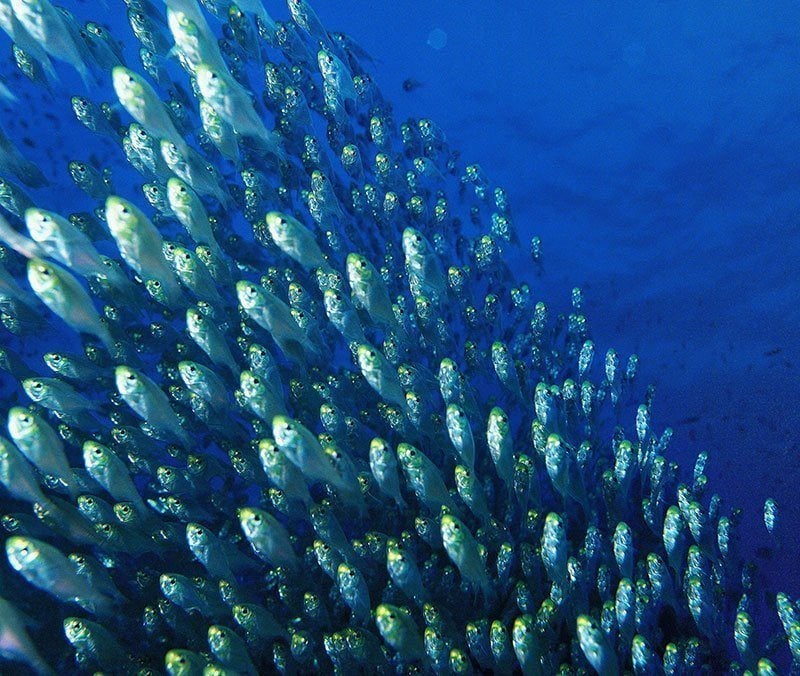 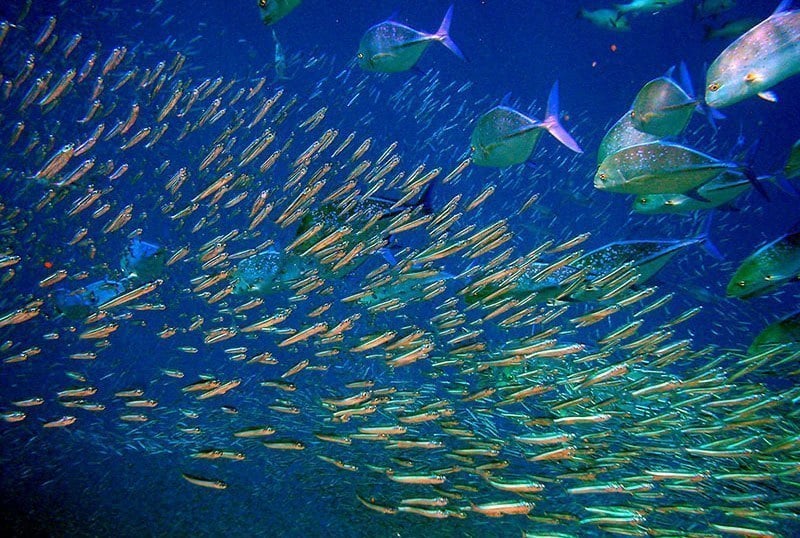 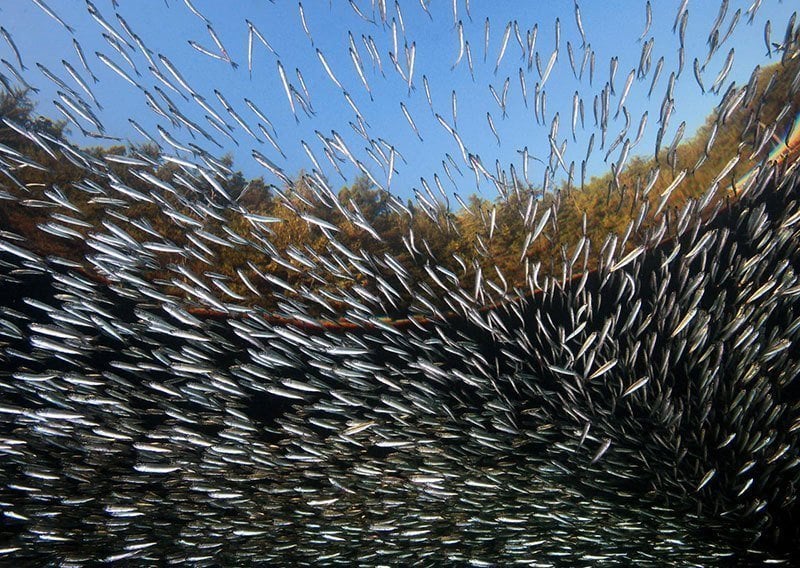 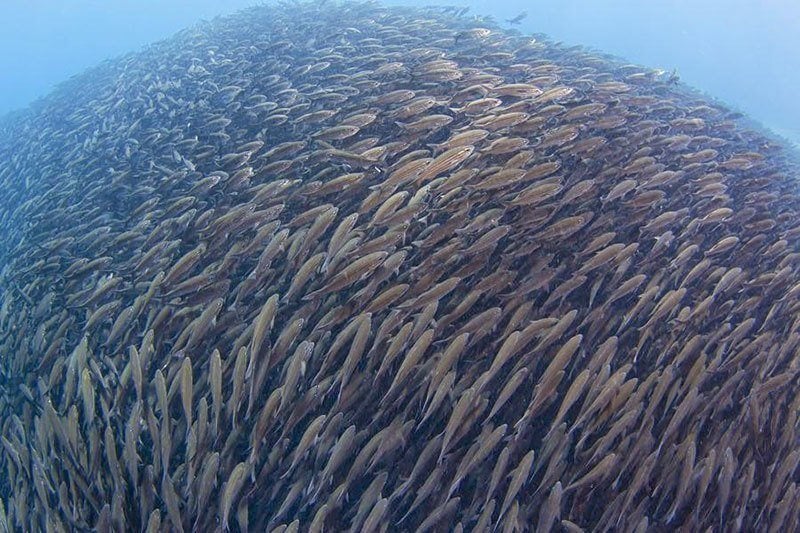 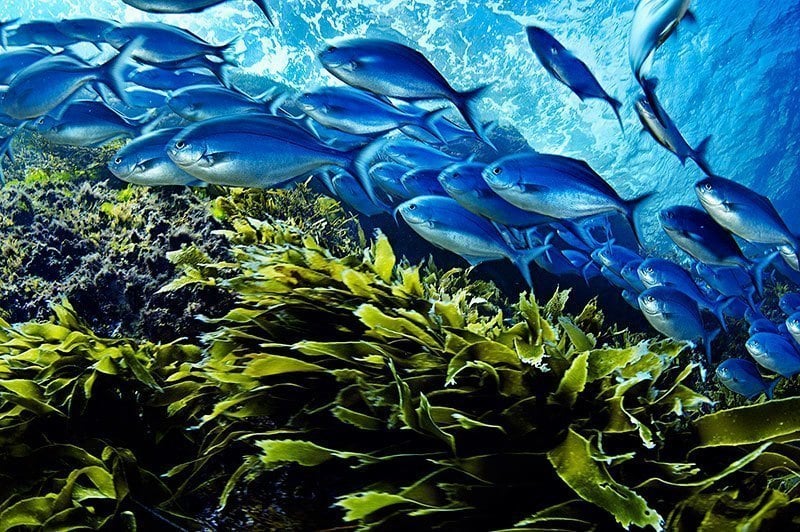 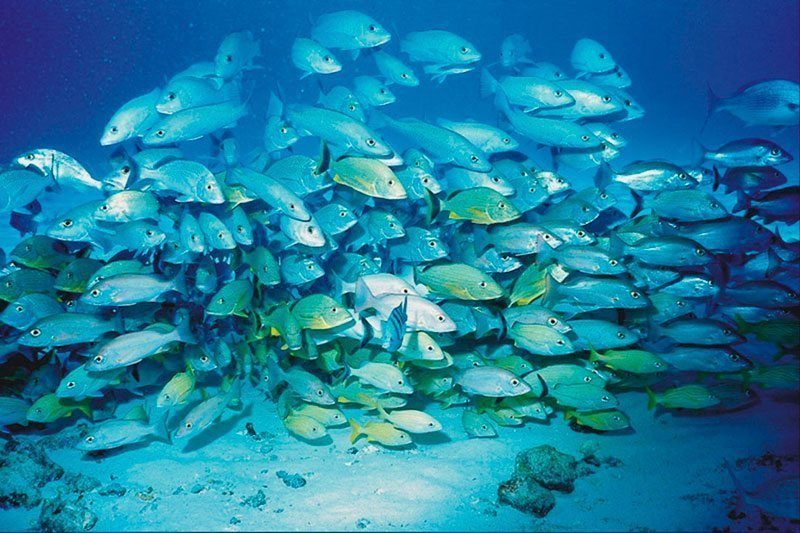 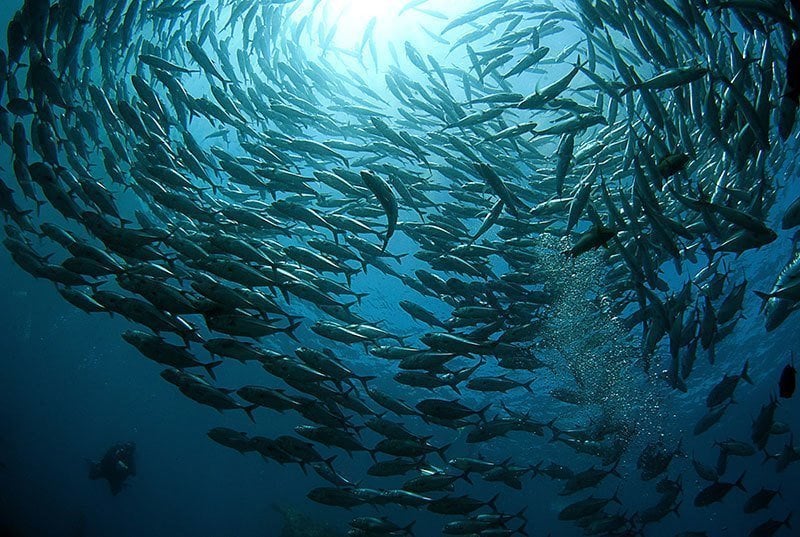 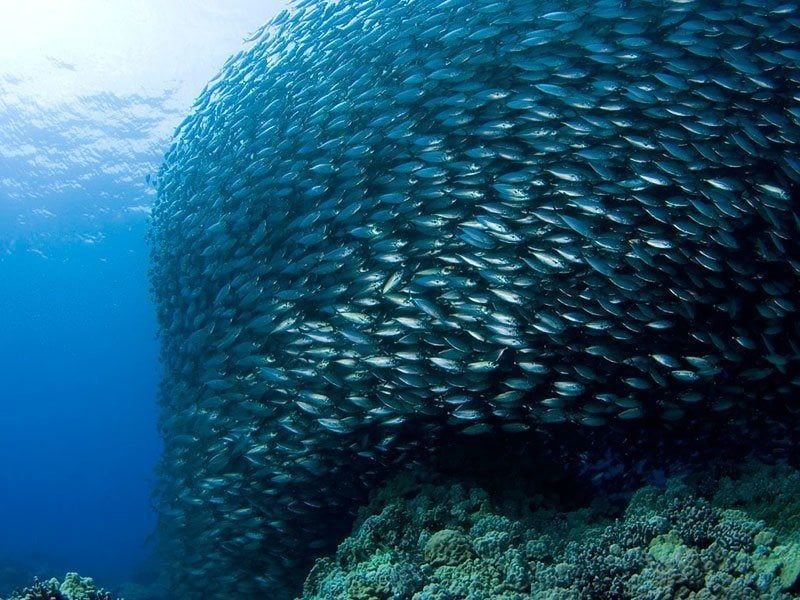 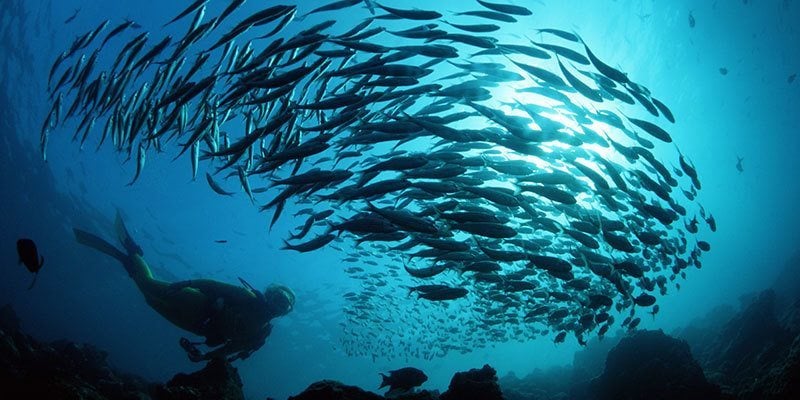 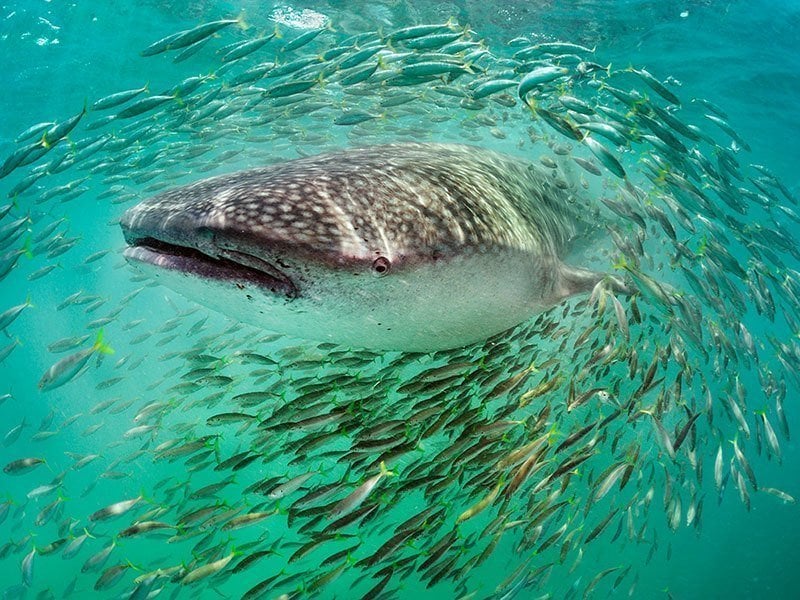 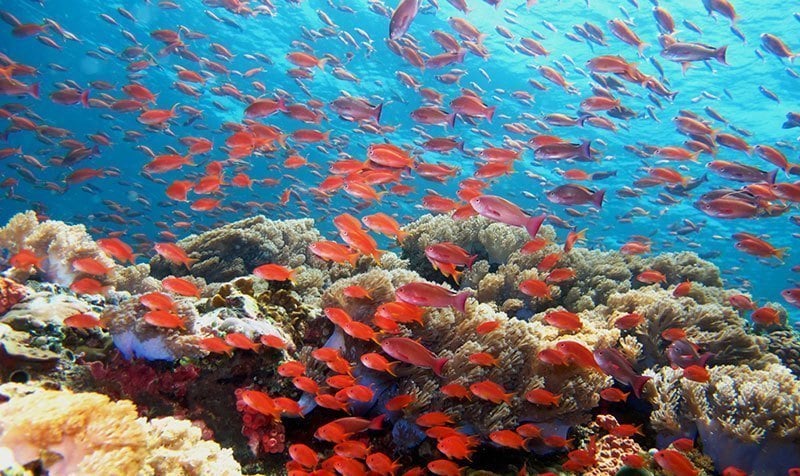 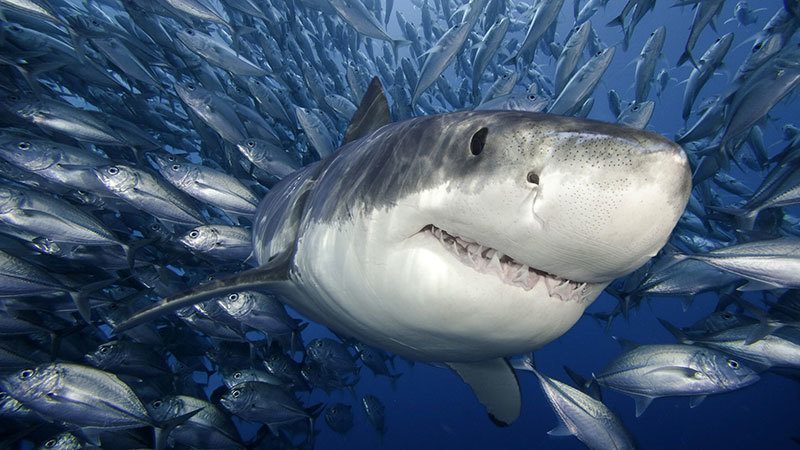 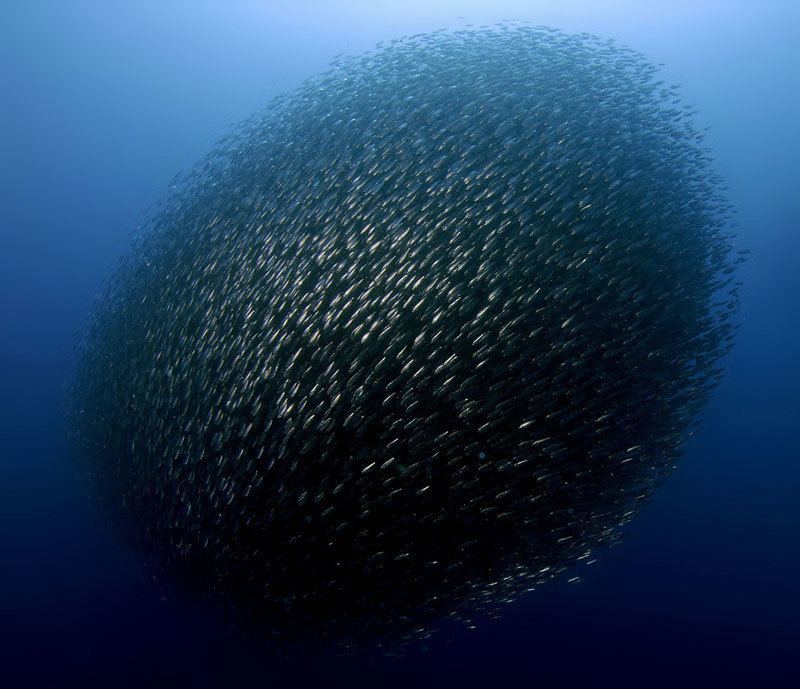 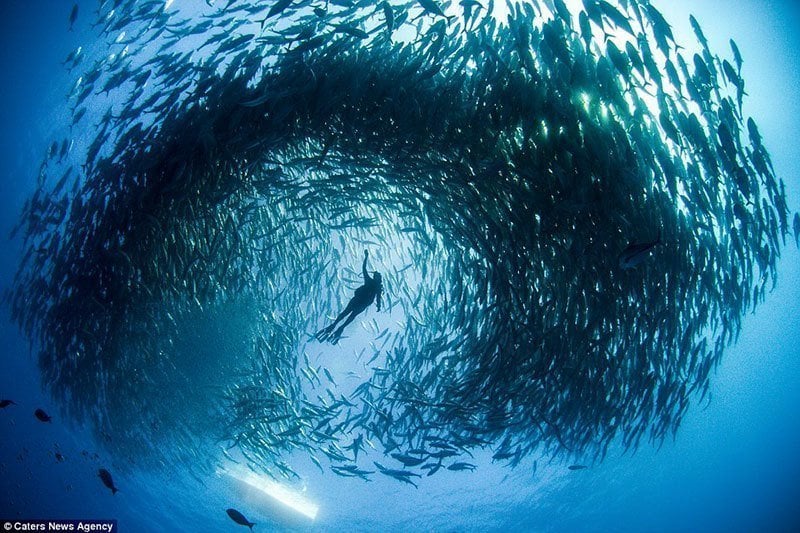 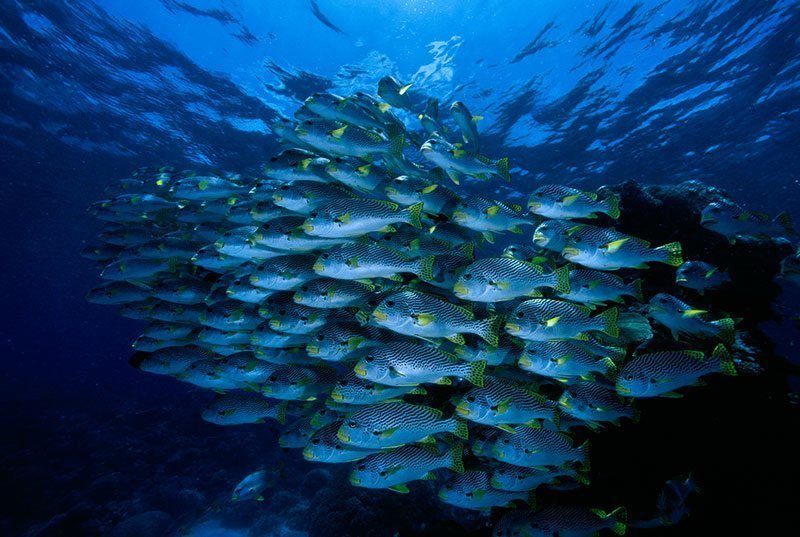 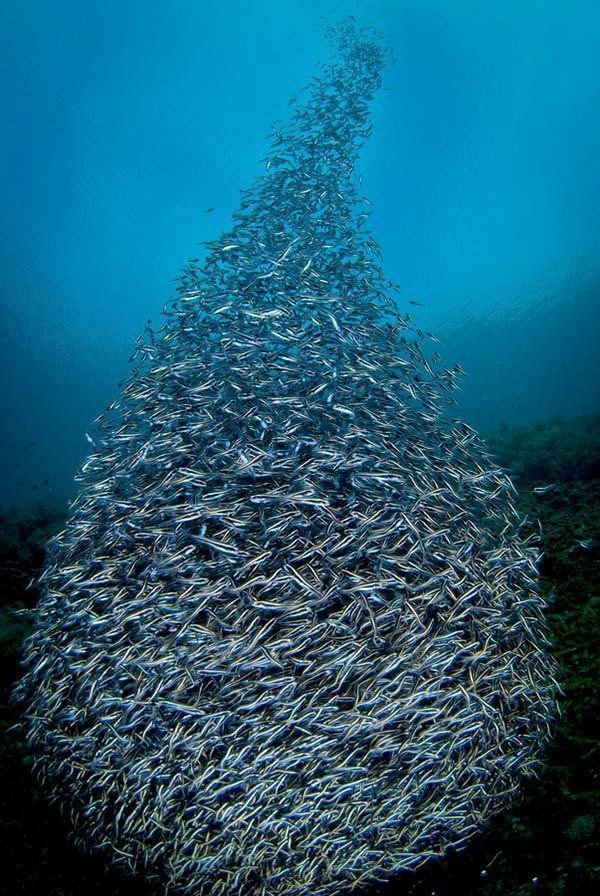 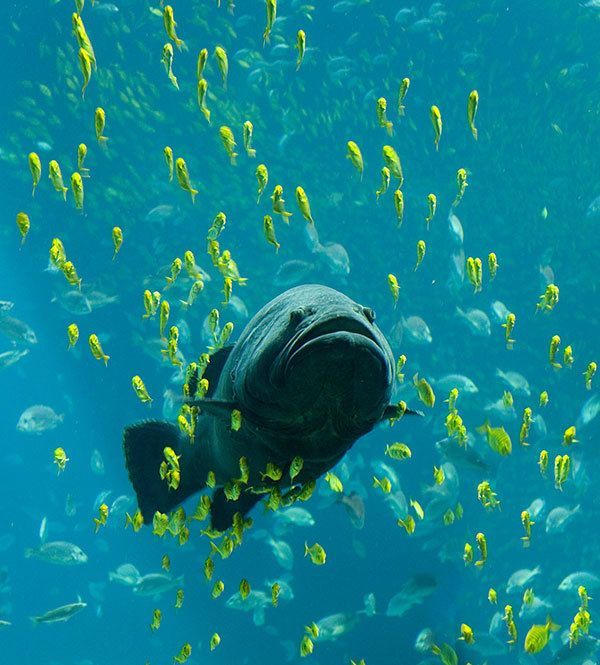 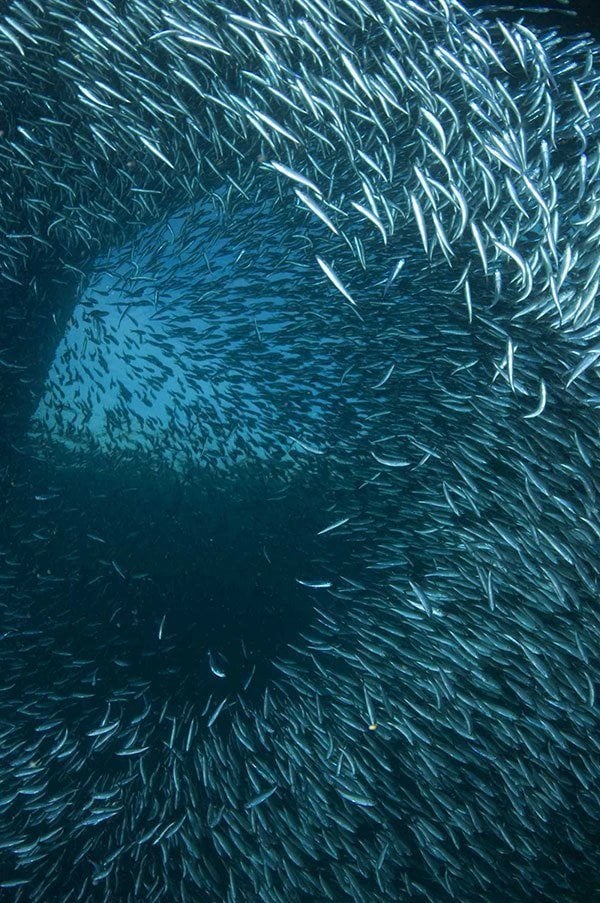 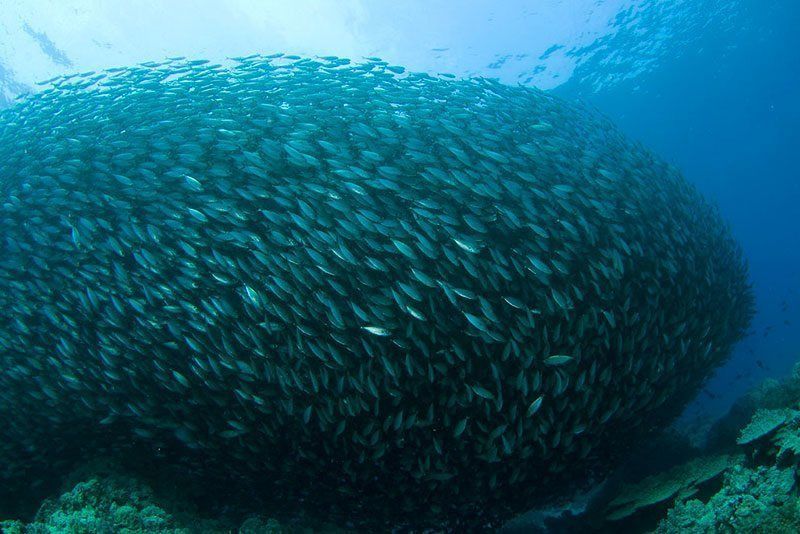 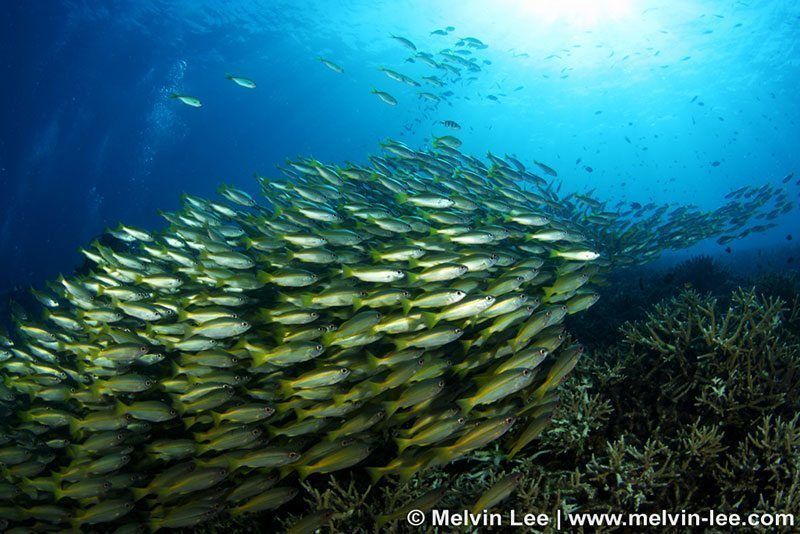 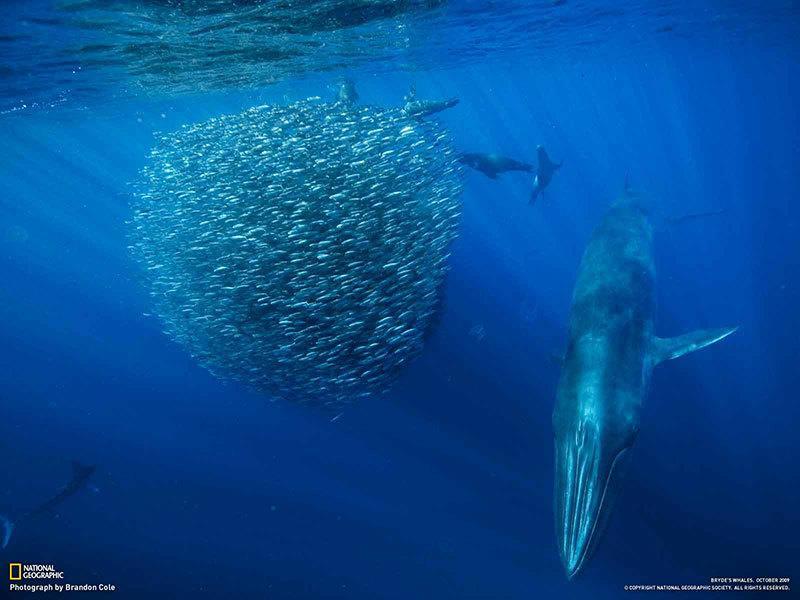 By examining both a fish's tendency to school and its ability to school, scientists have found that schooling is associated with different genomic regions. Usually fish shoal and school with members of the same species who are similar in size and coloring. Check out this school of jack tuna (aka bigeye trevally) in motion: