Although Frances Perkins was the first woman cabinet member in U.S. history and the principal architect of the New Deal, her story remains widely overlooked to this day. 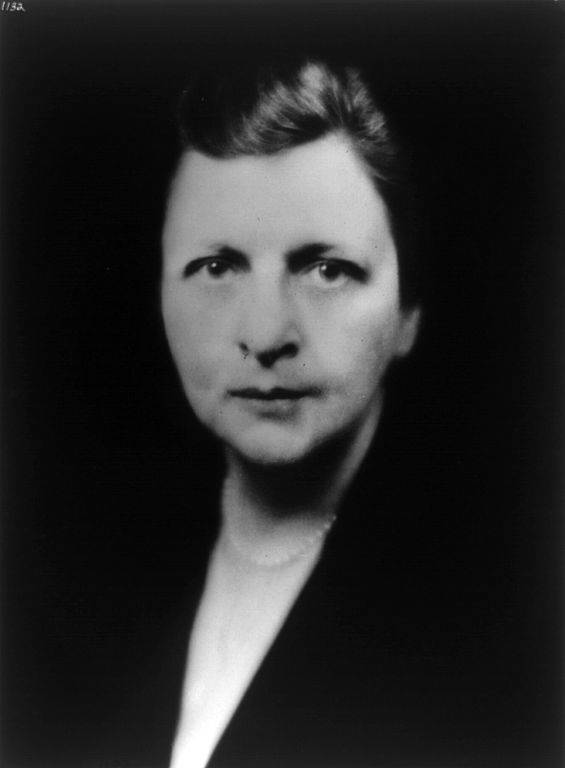 When Frances Perkins was born, women did not yet even have the right to vote in the United States. Nevertheless, Perkins herself went on to have a successful career in the overwhelmingly male-dominated realm of U.S. government as the first woman to serve on a presidential cabinet.

As the secretary of labor to President Franklin D. Roosevelt, Frances Perkins helped to shape some of his best-known policies. Her story, however, remains sadly far from well-known today. 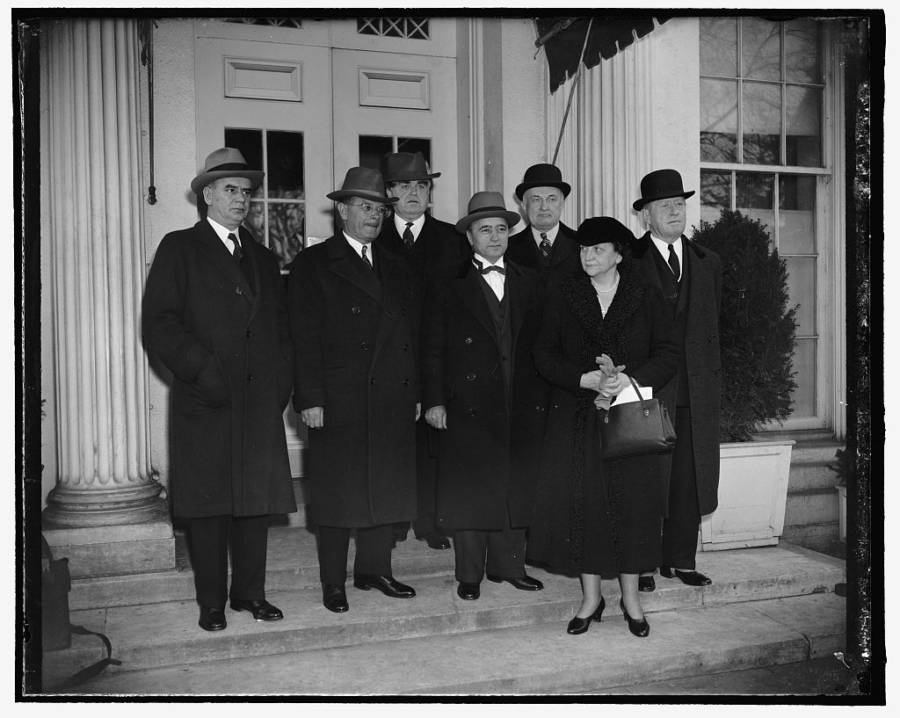 Library of CongressFrances Perkins poses with a group of men on the steps of the White House. 1939.

Born in Boston on April 10, 1880, Frances Perkins (born Fannie Coralie Perkins) came from a family whose roots stretched back to the days before the American Revolution. Her childhood was largely shaped by her grandmother, Cynthia Otis Perkins, who would regale young Perkins with tales of her ancestors’ exploits during both the French and Indian War and the Revolutionary War. Perkins later claimed “I am extraordinarily the product of my grandmother,” and the appreciation of American history and “Yankee” values imbued in her by this strong woman influenced Perkins throughout the rest of her life.

Perkins’ father, Frederick, also played an important role in his young daughter’s education, teaching her to read at a very young age and even giving her lessons in Greek. Perkins continued her education at Massachusetts’ Mount Holyoke College (it was still rare, but not unheard of, for women to attend college in the early 20th century) where she majored in physics — but it was an economics class that would determine the course of her career.

Having been required by her professor to observe firsthand the conditions in New England factories, Perkins later wrote that she was horrified to discover that “there were no provisions which guarded their health nor adequately looked after their compensation in case of injury” and became determined to do something about it.

After graduating in 1904, Perkins became a teacher while doing social work with the poor and unemployed in her spare time, declaring, “I had to do something about unnecessary hazards to life, unnecessary poverty.”

She then went on to get her master’s in economics and sociology from Columbia University in 1910, all the while continuing her work among the poor. The same year, she was appointed Executive Secretary of the New York City Consumers League, working to protect women and children who were laboring inside the city’s factories, successfully lobbying to push through a law limiting their work hours to 54 per week. 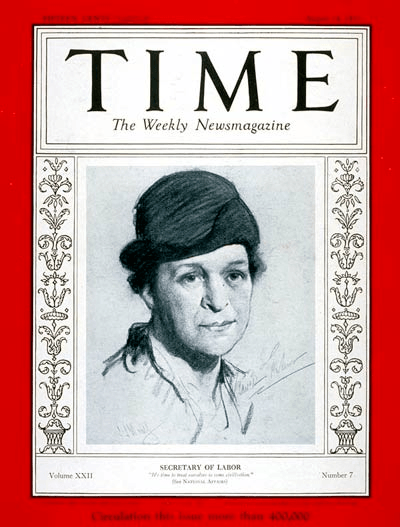 Though the administration of President Franklin D. Roosevelt didn’t begin pushing through the slate of wide-ranging progressive reforms and programs known as the New Deal until the 1930s, Frances Perkins later said that March 25, 1911 was “the day the New Deal was born.”

It was on this day that the Triangle Shirtwaist Factory in New York’s Greenwich Village caught fire, trapping many of its mostly-female employees inside and causing some to even leap to their deaths from the upper stories. In the end, the fire claimed 146 lives and exposed the dangers of unsafe factory conditions as a whole.

In response, the city established a Committee on Safety, of which Frances Perkins was appointed the head on the recommendation of none other than Theodore Roosevelt himself. Perkins’ work on the committee helped New York to establish “the most comprehensive set of laws governing workplace health and safety in the nation” and her labors certainly did not go unnoticed.

Governor Al Smith appointed Perkins to the New York State Industrial Commission in 1918, making her not only the first woman to be appointed to an administrative position in New York state government, but the highest-paid woman in public office in the United States to that point. When Smith was succeeded by Franklin D. Roosevelt in 1928, the future president appointed Frances Perkins Industrial Commissioner and in 1933, brought her along to Washington with him as Secretary of Labor, making her the first female cabinet member in American history. 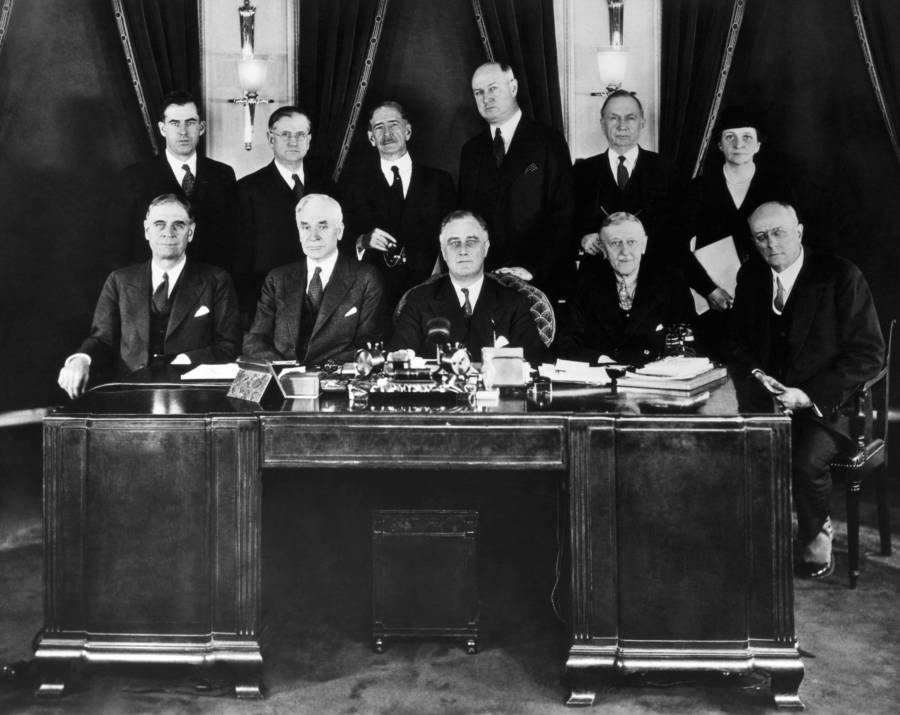 Upon joining the Roosevelt cabinet, Frances Perkins declared that she came “to Washington to work for God, FDR, and the millions of forgotten, plain common workingmen.” She did just that as the policies that she’d spent her professional career developing and implementing in New York would soon help form the basis of Roosevelt’s New Deal designed to combat the effects of the Great Depression.

In 1934, Perkins developed what would later be passed through Congress as the Social Security Act. In 1938, she helped develop the Fair Labor Standards Act, which established minimum wage and maximum work hours, as well as banned child labor and established the 40-hour work week. 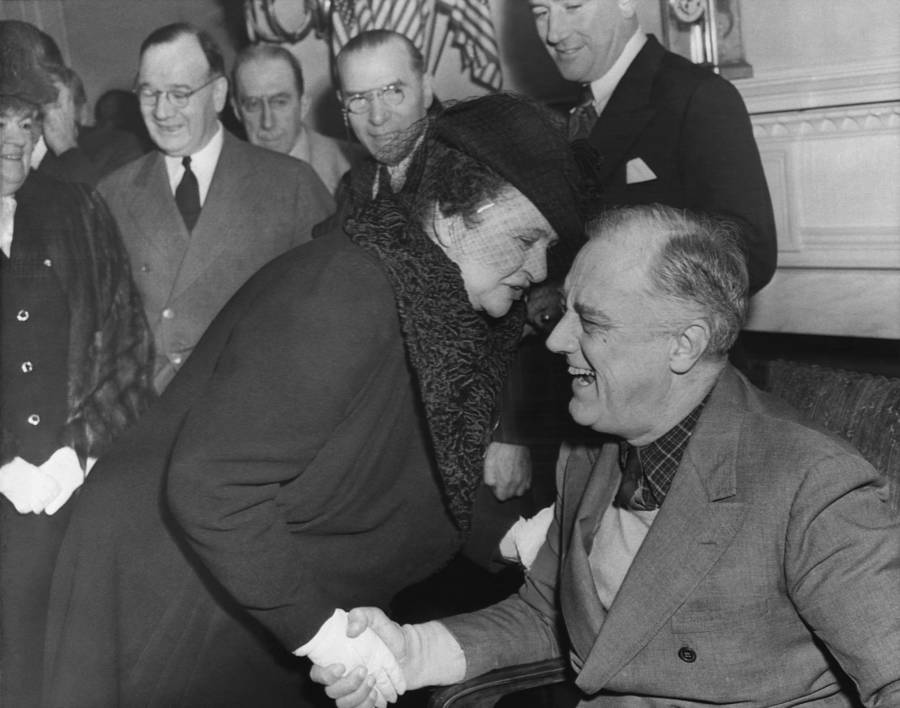 Bettmann/Contributor/Getty ImagesFrances Perkins greets President Franklin D. Roosevelt upon his return to the White House from the 1943 Tehran Conference.

Perkins made so many significant contributions to Roosevelt’s policies that Collier’s magazine described the administration’s initiatives as “not so much the Roosevelt New Deal, as … the Perkins New Deal.” After effecting great change in the Roosevelt White House, Perkins resigned from her position after Roosevelt’s death in 1945. She served longer in that position than anyone else in U.S. history — and helped pave the way for dozens of female politicians who would come after her.

Sec. of Labor Frances Perkins was our first woman cabinet member and an architect of the Fair Labor Standards Act. pic.twitter.com/T6SXpU9oOm

Although the story of Frances Perkins has nevertheless gone unappreciated following her death in 1965 at age 85, she received some of her due during the 2016 presidential campaign. It was then that Hillary Clinton, whose own career undoubtedly owes a great deal to Perkins, tweeted about Perkins’ significant contributions to shaping American history. In that message, Clinton included a quote from Perkins that reveals a lot about who this pioneering cabinet member was and why she remains important today: “A government should aim to give all the people under its jurisdiction the best possible life.”