Tahlequah, The Orca Mom That Carried Her Dead Calf For 17 Days, Is Pregnant Again

In 2018, Tahlequah embarked on a heartbreaking 1,000-mile "tour of grief" to mourn her dead calf. Now, her pregnancy has brought new hope to her pod. 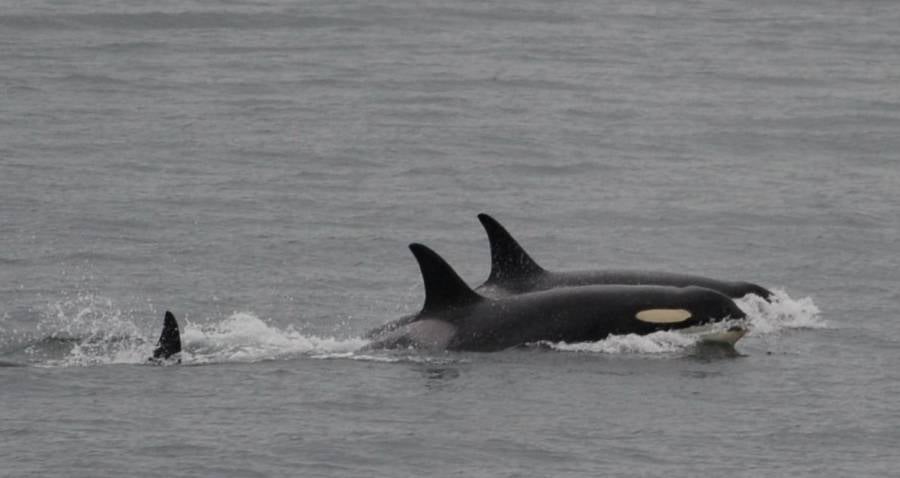 In 2018, the heartbreaking story of Tahlequah the orca resonated with people around the world after she was reported carrying the corpse of her dead calf for over two weeks.

Although researchers confirmed that Tahlequah has since rebounded from her tragic ordeal, the story of her journey swimming 1,000 miles on a “tour of grief” to mourn her lost baby has lingered in the public’s memory.

But now, two years later, Tahlequah is pregnant again. But many cannot help but to wonder whether the new calf will survive.

On July 24, 2018, researchers studying the three separate pods of orcas that inhabit the waters around the Puget Sound in Washington state were shocked to learn that the newborn calf of an orca named Tahlequah had died. Nonetheless, the mother carried her stillborn for 17 days while on her extensive migratory route in a show of tremendous grief.

However, two weeks later on August 11, the Center for Whale Research (CWR) confirmed that Tahlequah, also known as J-35, was no longer carrying her baby. The mother orca had finally let go of her dead calf, leaving it to sink to the bottom of the Salish Sea near Vancouver.

“Her tour of grief is now over and her behavior is remarkably frisky,” a CWR statement about Tahlequah’s progress read.

Tahlequah is a part of the J pod, one of the three groups of endangered Southern Resident Killer Whales that are frequently spotted between northern Washington and Vancouver, Canada.

The pods have struggled with infant calf mortality over the past two decades likely because of malnourishment, as 75 percent of their newborns died shortly after birth. Moreover, 100 percent of the pregnancies that occurred between 2015 and 2018 among the pods had failed to produce viable offspring.

Given the whales’ extreme reproductive problems, the birth of Tahlequah’s calf was a momentous occasion. 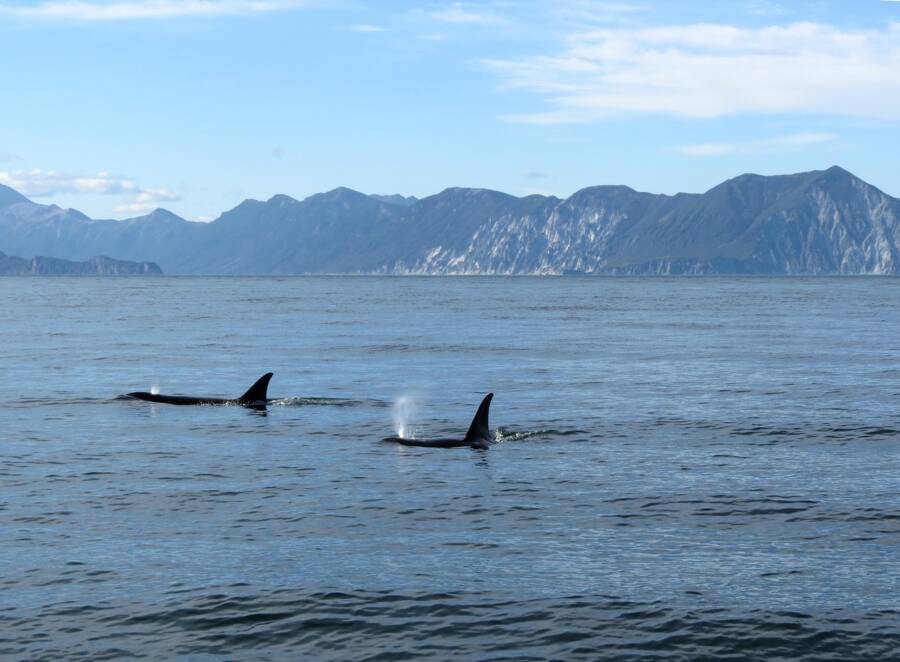 PixabayThere are only 72 orcas left in the Puget Sound.

But that joy quickly evaporated when that calf was stillborn. The only thing keeping it from sinking to the ocean’s depths was its mother supporting it with her forehead and pushing it up to the surface.

According to Jenny Atkinson, the executive director of The Whale Museum on San Juan Island, it is not uncommon for a killer whale to carry around their dead calf in grief for a day or two, but Tahlequah was different.

“She carried this for 17 months before it was born,” Atkinson told Here & Now. “And we know that it swam by her side. So there would have been a bonding, a birthing experience… so there is a part of me that believes that the grief could be much deeper because they had bonded.”

A Devastated Whale Population In The Puget Sound 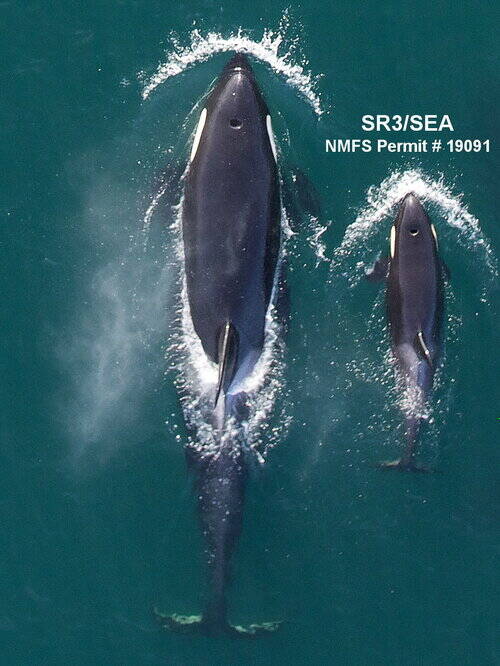 Sealife Response, Rehabilitation and Research (S3)/FacebookOrcas usually stick with their pods until death.

The CWR reported that Tahlequah appeared to have bounced back relatively quickly after releasing her stillborn. In addition to showing an improved mood, she seemed to be in good physical condition and didn’t appear to be suffering from “peanut-head,” a condition in which an orca’s cranium bones begin to show after becoming malnourished.

Even though Tahlequah seems to be doing much better following her grieving period, scientists remained concerned about the rest of her pod. As of July 2020, the total number of whales left in the Southern Resident Killer Whale population was just 72. On top of that, other members of the J pod were showing signs of struggling health.

Scarlet, or J-50, showed signs of malnourishment just a few days after Tahlequah’s calf died. Researchers were unsure of the cause but were feeding her salmon in order to get her back on track. A lack of food in the pod’s environment has been linked to their inability to produce viable offspring over the last few years. Indeed, about two-thirds of all whale pregnancies among the population have been unsuccessful. 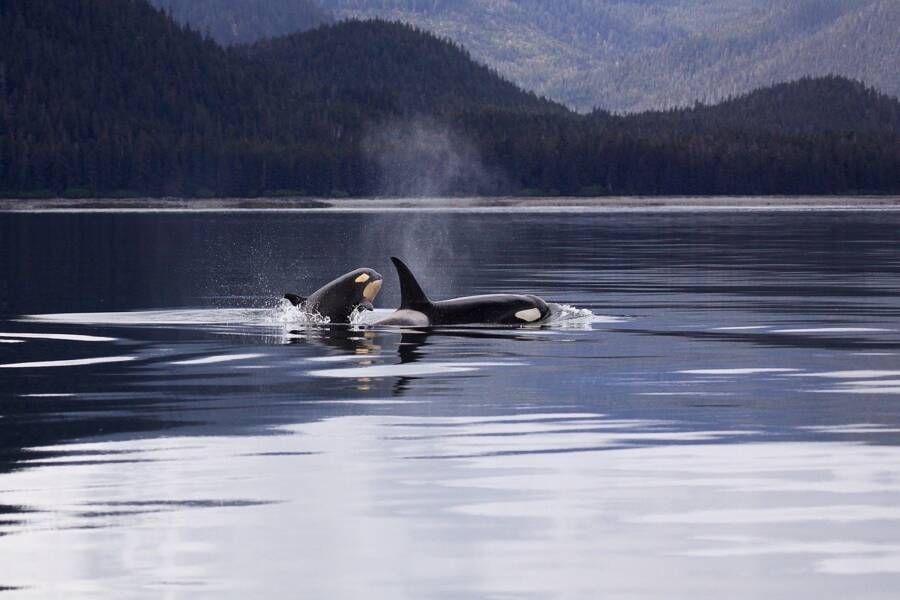 PixabayTahlequah’s next calf could be the pod’s third to have survived past infancy.

“Just like human fisherman that don’t just go drop a hook in the ocean,” said scientist John Durban, one of the researchers who have been following the pods’ progress over the last few years, “They have their favorite places… They are amazing societies that pass culture down from generation to generation. They are creatures of habit.”

However, with the frequent passing of boaters, commercial ships, and fishing boats around the area, it has become difficult for the whales to feed. Busy boating activities have been known to disrupt the whales’ hunting due to the roaring engines which distort their ability to sense food underwater.

New Hope For The Pods 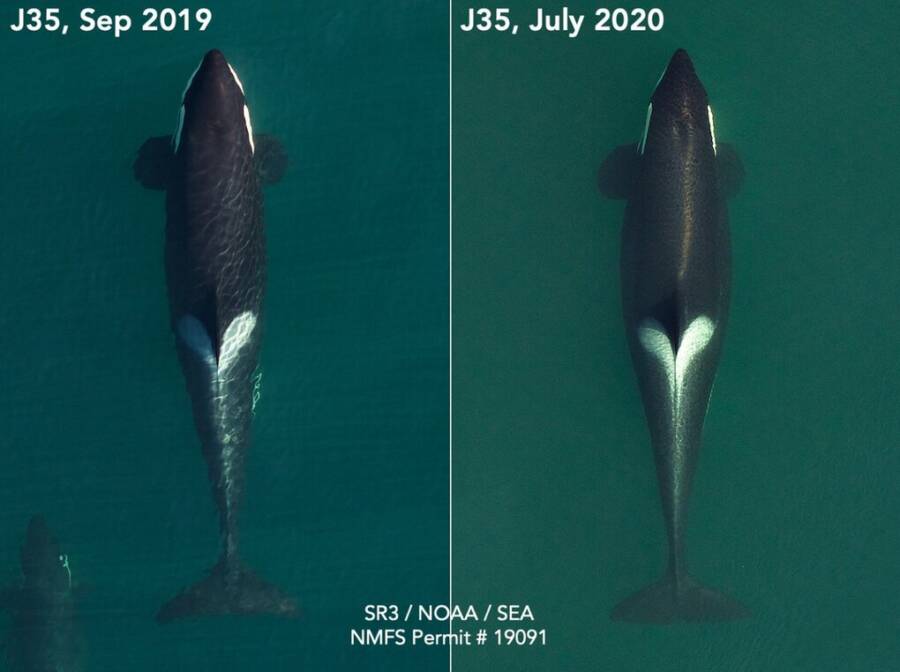 In the summer of 2020, scientists John Durban and Holly Fearnbach were recording the pods’ activities via drone imaging. When they examined the pictures, it was clear that there were a number of female members of the J, K, and L pods that were expecting. Among them was Tahlequah.

Orcas typically have an average gestation period of about 18 months and the families usually stay together for life. Although it was unclear how far along Tahlequah was, the scientists suspected that she was still in the early stages of her pregnancy. If her calf survives the birth, it would be the third orca calf joining the whale community around Puget Sound over the last two years.

However, there is a big concern that the calf might not make it since most of the pregnancies among the southern whales have not been successful.

“We are concerned if she has a calf, will she be able to look after herself and the calf and J47, too?” said Durban, referring to Tahlequah’s older calf that was born before the one she had lost in 2018. “There has been a lot of talk I am not sure a lot has changed for the whales.”

There is a way for local residents to help increase the chances for the baby orca’s successful birth. The biggest one being that they provide the pods with enough space to hunt.

“Studies by our colleagues at the University of Washington have shown that these reproductive failures are linked to nutrition and access to their Chinook salmon prey,” an online release published by SR3, a marine animal rescue and conservation non-profit stated.

“So, we hope folks on the water can give the Southern Residents plenty of space to forage at this important time.”

Next, read the story of the killer whale named Lulu who was found dead due to extreme pollution. Then, read up on the special Japanese phone booth that is helping people deal with grief by connecting the living and the dead.