Man Who Tied Up And Sexually Assaulted 14-Year-Old Girl Will Receive No Prison Time, Judge Rules

Logan Osborn was originally sentenced to 10 years in prison with eight years suspended, but now will face no active prison time. 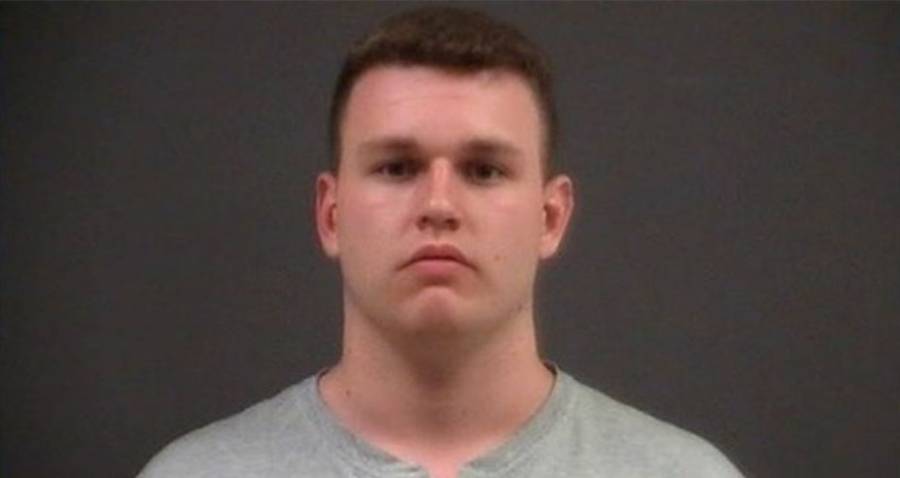 A 19-year-old man, who prosecutors say tied up and sexually assaulted a 14-year-old girl, has escaped any prison time.

On Aug. 8, a Virginia judge decided that Logan Osborn will not have to serve anytime in prison for sexually assaulting his classmate back in April 2017, according to the Richmond Times-Dispatch.

On Sept. 11, 2017, Osborn pled guilty to charges of having carnal knowledge of the girl and received 10 years in prison with eight years suspended. However, in Jan. 2018, Chesterfield Circuit Judge T.J. Hauler delayed the execution of Osborn’s two-year term for another six months, telling Osborn at the time, “I will decide then how much of the two years you will actually serve.”

Last week, Hauler’s decision to stay the remaining two years of Osborn’s sentence is “tantamount to suspending the entire 10-year prison term,” according to the Times-Dispatch.

During the August hearing, Hauler said that he needed to hear “some positive things” about Osborn. The defense brought out James Trent, a foreman for an electrical company who worked with Osborn and gave him a glowing review, calling him a model employee and saying that “the sky’s the limit” for Osborn’s future with the company, the Times-Dispatch reported.

The incident between Osborn, who was 18 at the time, and the victim, took place in April 2017. They first met at prom and then met up a week later to see a school play.

After getting her alone after the end of the play, according to the prosecution, Osborn tied a belt around her neck and hands, pushed her to the ground, and forced her to perform a sex act. The victim was crying throughout the assault and Osborn picked her up, pushed her against the fence, and then forced her back down onto her knees.

The victim’s mother picked her up soon after and upon seeing her daughter, questioned her and took her to a nearby hospital for an exam after she detailed what Osborn had done to her.

Osborn’s attorney argued that the incident between the two was consensual, citing text messages from the victim to Osborn that seemed to agree with Osborn’s suggestion to “have some fun” after the play. The prosecutor said that Osborn took advantage of the victim’s naivety and added that a 14-year-old girl could not legally consent to sex.

This is not the first time that Osborn has been accused of sexual misconduct. He has been accused seven times before, and one of those accusations resulted in him being charged with grabbing the genitals of another student when he was just 12-years-old.

Chesterfield prosecutor Erin Barr, who spoke on behalf of the victim’s family, told the Times-Dispatch that the family is unhappy with the judge’s latest decision.

“The family is disappointed that the defendant will not serve any active incarceration for the brutal attack on the victim,” Barr said. “They do not believe justice has been served and share concern for community safety for potential victims.”

Judge Hauler’s history of controversial rulings goes back before the Osborn case. According to Heavy.com, in 2015 Hauler allowed the release of Dana William, a man who served less than two years in prison for raping his ex-girlfriend. The state believed that he was a danger to society and wanted him to stay locked up but Hauler disagreed and let him walk free.

Williams would later go on to strangle his ex-wife’s father to death and kidnap her mother.

Hopefully, Hauler’s decision in regards to Osborn won’t have the same deadly consequences.

Next, read about the 38-year-old married mom who was sentenced to prison for having sex with teenage boys in her car. Then check out the story of an 11-year-old pregnant Florida girl who was forced to marry her rapist.