Frank Lentini, the "Three-Legged Man," went on to have a successful career thanks to his parasitic twin. 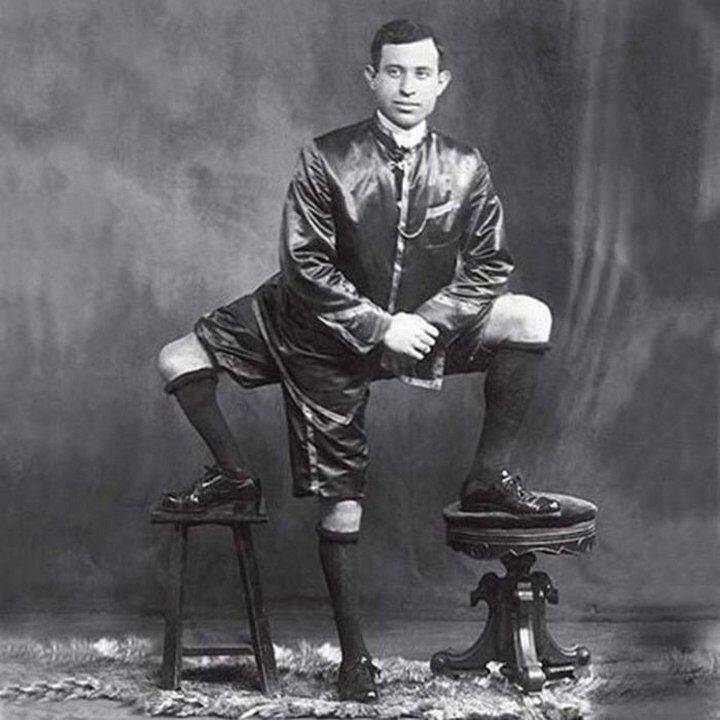 TwitterFrancesco “Frank” Lentini was born with a parasitic twin.

The vintage fascination with American “freak shows” has fortunately been left in the 19th and early 20th centuries. Carnival goers marveled at the bizarre results of procreation in bearded-ladies, strong-men, sword-swallowers, and little people like Tom Thumb. But how exactly these performers fared as the morbid fascination for paying customers is hard to understand, particularly when there is so little honest information on them.

Such is the case for Franceso “Frank” Lentini, the so-called Three-Legged Man who made a living off his rare condition of having been born with a parasitic twin.

Born in May of 1889 in Sicily, Italy, as either an only child or the fifth of 12, Frank Lentini was born with three legs, four feet, 16 fingers, and two sets of genitals. 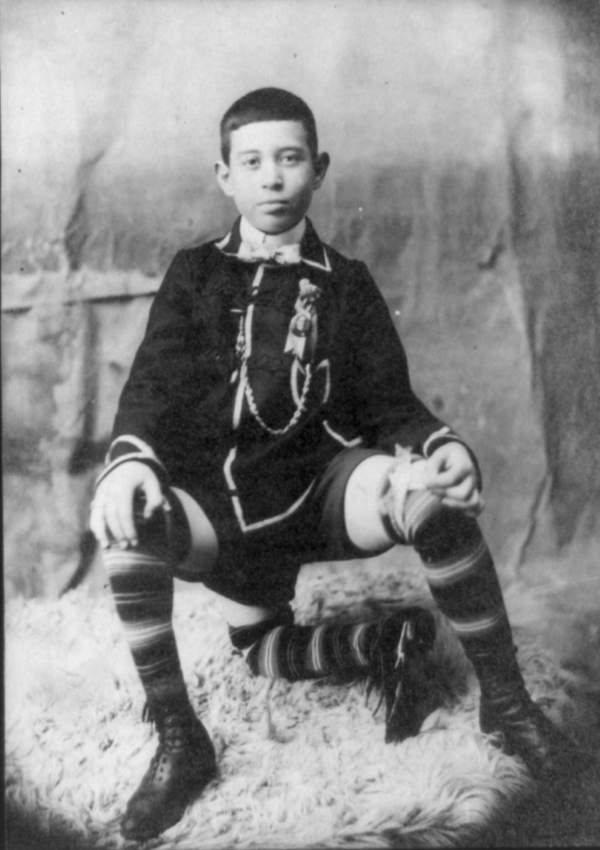 His extra leg sprouted from the side of his right hip with a fourth foot protruding from his knee. His condition was the result of a second embryo that began to develop in the womb but ultimately could not separate from its twin. Thus one twin came to dominate the other.

At four months old, Lentini was taken to a specialist about the possibility of amputating his additional leg, but the threat of paralysis or even death kept the doctor from carrying out the procedure.

He became known as “u maravigghiusu” or “the marvel” in Corsican, or even more cruelly as “little monster” around his hometown. Lentini’s family consequently sent him to live with an aunt to avoid further disgrace. 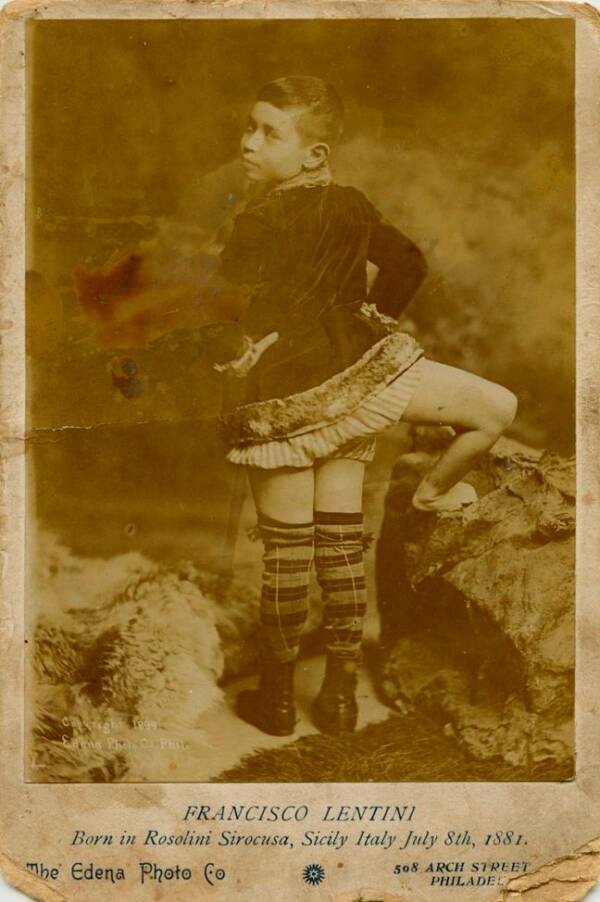 FacebookLentini was deemed both “marvel” and “monster.”

In 1898, at just nine years old, Lentini made the long and arduous journey to America with his father where they met with a man named Guiseppe Magnano in Boston. A professional showman, Magnano had been in America for three years by the time he met with Lentini about potentially adding him to his shows.

It was just one year later in 1899 that Francesco “Frank” Lentini was listed as one of the top acts in the world-famous Ringling Brothers circus.

Lentini’s Intro. To The Circus 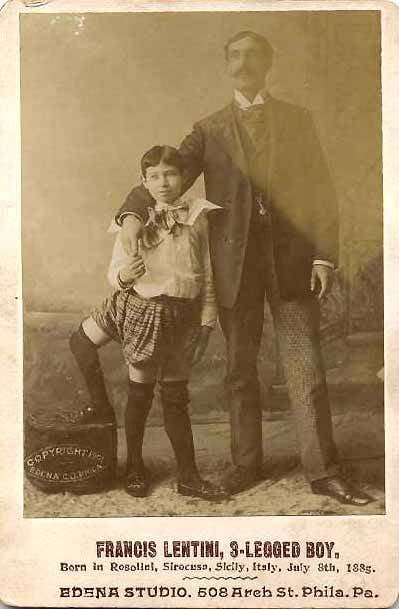 Lentini was billed as “The Three-Legged Sicilian,” “The Only Three-Legged Football Player in the World,” “The Greatest Medical Wonder of All Time,” or sometimes simply just “The Great Lentini.”

The young man performed such feats with his third leg as kicking a soccer ball, jumping over a rope, skating, and bicycling.

In addition to his athleticism, Lentini was also quick-witted and funny. Known for giving interviews while using his extra limb as a stool to lean on, Lentini would answer questions that ranged from the innocently curious to the explicit. Whether discussing his hobbies or the particulars of his sex life with an extra leg, the Three-Legged Man was able to give hilarious answers to some rather intrusive inquiries.

When asked, for instance, if it was difficult to buy shoes in a set of three Lentini responded that he bought two pairs and gave the “extra one to a one-legged friend.”

He had a knack for charming self-deprecation and was known to joke that he was the only man who didn’t need a chair because he could always rely on his third leg as a stool. 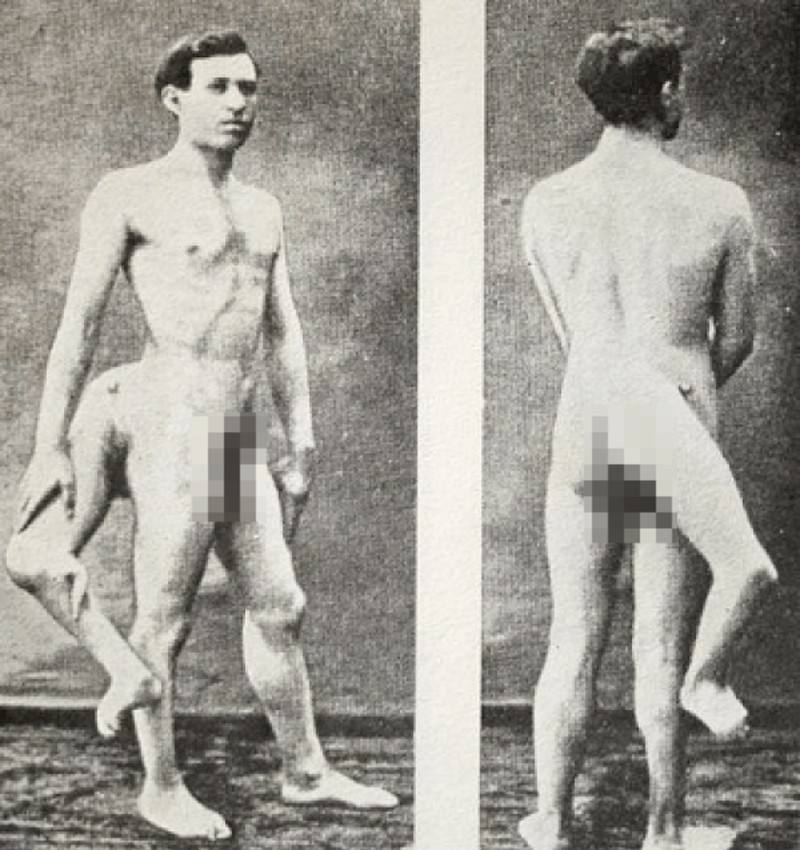 FacebookLentini fielded all sorts of explicit questions about his sex life while touring. He took it in stride.

During his time traveling around the United States, Lentini learned to speak English and was known for his poise, intelligence, and unabashed pride in his deformity. He amassed great fame and fortune.

Despite his unconventional career path, Lentini was able to use his charisma to woo a young actress named Theresa Murray. The two were married in 1907 and went on to have four children; Josephine, Natale, Franceso Jr., and Giacomo.

While Lentini and Theresa did eventually separate in 1935, this would not stop the Great Lentini from finding love again and he would go on to spend the rest of his life with a woman named Helen Shupe.

Lentini performed in sideshows with the Ringling Brothers Circus and in Buffalo Bill’s Wild West show. By the time he died of lung failure at 77 in 1966, he had not once stopped touring. 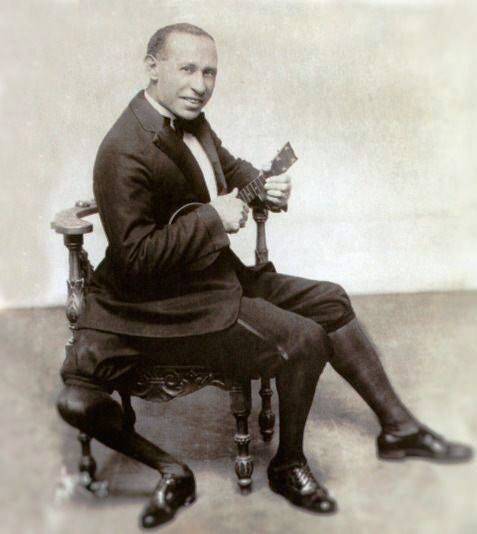 In 2016, 50 years after his passing, Lentini’s hometown of Rosolini in Sicily celebrated their unconventional hometown hero by way of a two-day memorial festival. The memorial invited any and all of Frank’s descendants near and far.

While sideshows have fallen by the wayside as America’s primary form of entertainment, the public’s fascination and even romanticization of the era has never fully left the collective consciousness.

The 2017 film The Greatest Showman, for instance, featured a rotating cast of sideshow characters all based on real-life performers. Naturally, Francesco “Frank” Lentini made an appearance played by the actor Jonathan Redavid. 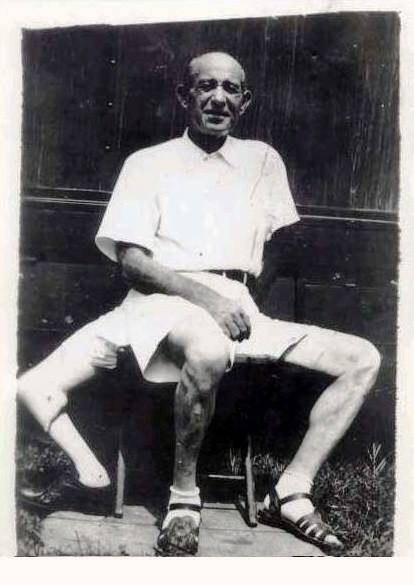 The success of Frank Lentini serves to remind us just how amazing and fantastical the fully realized American dream can be. Viewing his parasitic twin as an asset rather than a hindrance is undoubtedly one of just many reasons that Francesco “Frank” Lentini found success and happiness in America.

“I’ve never complained,” Lentini said in his later years. “I think life is beautiful and I enjoy living it.”

After this look at Frank Lentini, The Three-Legged Man, check out 13 of P.T. Barnum’s most incredible oddities. Then, peruse some of the morbid marvels on display at Philadelphia’s Mutter Museum.