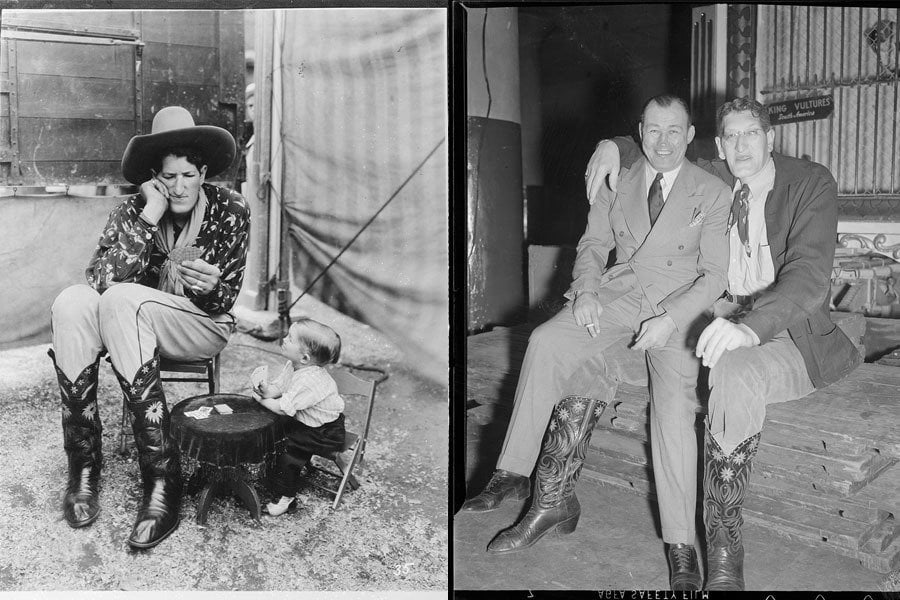 Born in 1906, Jack Earle stood six feet tall before the age of 10. And by the age of 13, he was already over seven feet tall. His true height as an adult remains debatable, but numbers have ranged from 7’7″ to 8’6″.

The reason why he was so shockingly tall was that he had a condition known as acromegalic gigantism. And while his height could be advantageous for him in some situations, it was downright dangerous in others.

Earle had been a Hollywood actor (appearing in films like Hansel and Gretel and Jack and the Beanstalk) before a fall from scaffolding led to major injuries, causing his retirement from the movie industry.

Soon after his accident, the Ringling Bros. and Barnum & Bailey Circus freak show came through town with Jim Tarver as their current traveling “giant.” Earle was considerably taller than Tarver, and Ringling Bros., seeing an opportunity, offered Earle a one-year contract with the circus.

Years before, Earle had said that he never wanted to be in a freak show. But he needed to make a living, so he decided to sign the contract.

Earle was initially apprehensive. But on his first day, he was put at ease when a performer with dwarfism named Harry Doll explained that there were more “freaks” in the audience than there were in the sideshow.

The gentle giant began his Ringling Bros. career alongside 2’2″ tall Major Mite (Clarence Chesterfield Howerton). He would spend the next 14 years on the road with the sideshow — often posing alongside extremely short men or average-sized men to further emphasize his height.

After retiring, Earle went on to become a traveling salesman for the Roma Wine Company. He died of kidney failure in 1952 at the age of 46.