"The worst thing I did was fall in love with a married man," Judith Campbell Exner confessed years after the affair: "I kept my secret out of fear."

Judith Campbell Exner was the first woman to publically admit her affair with President John F. Kennedy, but not at her own discretion. An FBI investigation into JFK’s assassination and certain mob dealings uncovered Exner’s name and brought them to expose her to the nation.

But what did Judith Exner actually know? 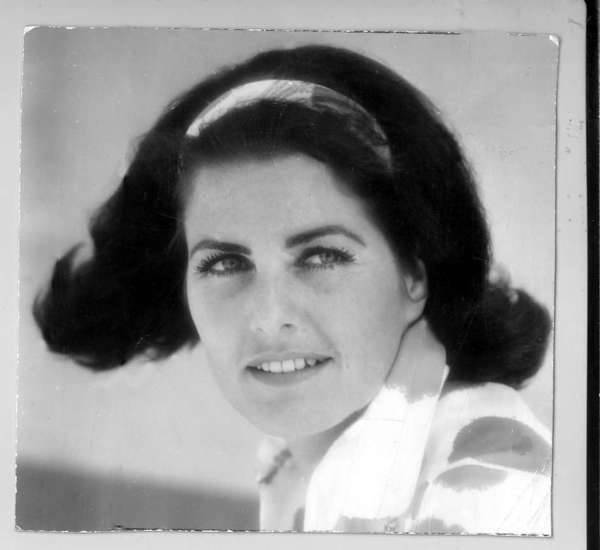 The youngest daughter of a Los Angeles architect, Judith Exner was exposed by a Congressional committee that pinned her intimately to John F. Kennedy Jr.

Judith Exner was born in 1935 to a well-off family and raised in the wealthy neighborhoods of the Pacific Palisades, California. Exner’s father was an architect and a good enough one that the family shared a street with Bob Hope.

At the age of 18, Judith Exner became Judith Campbell when she married actor William Campbell, whom she met while partying with Robert Wagner at age 16. Campbell had played in some Westerns in the 1950s before making a name for himself as a guest star on several television shows, including Perry Mason and Star Trek.

Perhaps that’s why when she met the actor, Judith Exner’s life took a turn for the dramatic. 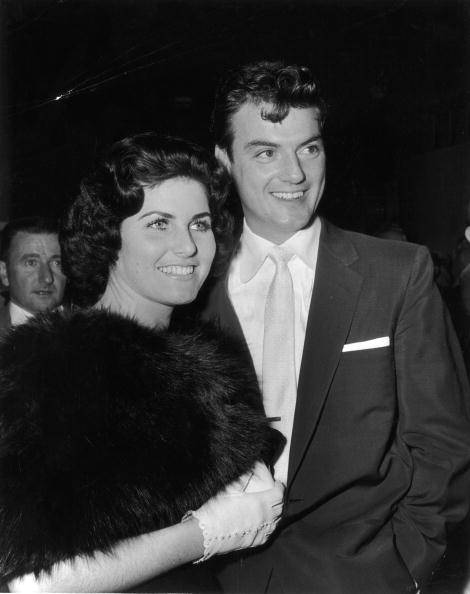 Hulton Archive/Getty ImagesWilliam Campbell and Judith Exner Campbell at the premiere of To Hell and Back in 1955.

The young woman’s first marriage put her in contact with Hollywood elites of all kinds, but most notably Frank Sinatra. Exner met the singer in November 1959 after she had divorced Campbell, and he invited her to a vacation in Hawaii. The two had a romantic relationship for several months.

It was on the evening of February 7, 1960, when Judith Exner’s life changed forever: in the audience at one of Sinatra’s shows in Las Vegas that night was John F. Kennedy.

He was a Senator from Massachusetts at the time and in the running to become the Democratic nominee for president. Sinatra introduced them.

Judith Exner recalled the meeting in an interview with People magazine. “When you talked to Jack [JFK], he talked just to you. He was endlessly curious about everything and everybody. He loved gossip. That night he did not want me to leave his side.” 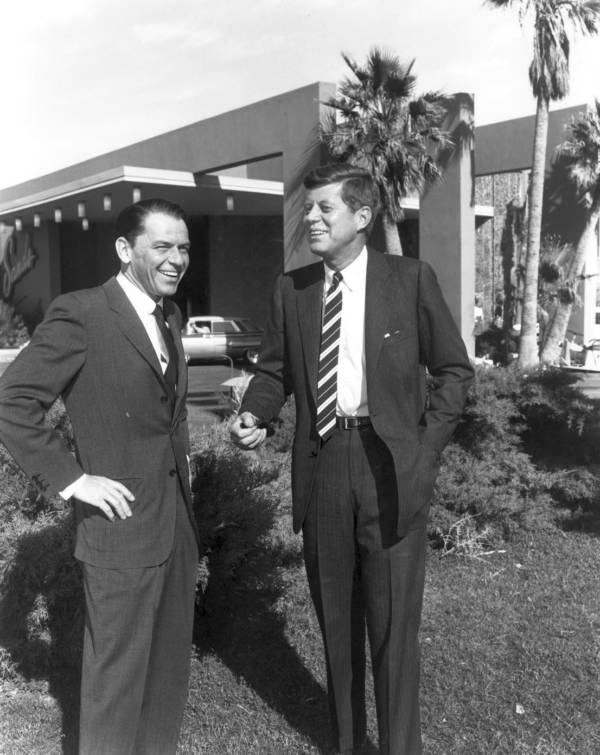 Exner spent the next day with Kennedy at Sinatra’s place. Exner claimed that Kennedy called her every day for a month following that encounter in Las Vegas. On March 7, 1960, the night before the New Hampshire primary, Kennedy and Exner made love for the first time in New York City, according to her account.

Kennedy needed help to win the West Virginia primary, and he felt that Sam Giancana, known also as Chicago’s Godfather, could assist. Exner had met Giancana at a few of Sinatra’s show, and so she met with Giancana at Kennedy’s behest.

Exner explained, “I feel like I was set up to be the courier. I was a perfect choice because I could come and go without notice, and if noticed, no one would’ve believed it anyway.”

By April 1960, Judith Exner served as a courier between Kennedy and Giancana.

In all, Exner claimed she arranged 10 meetings between Giancana and Kennedy to help him get elected. The courier said that the mob boss once bragged to her that Kennedy wouldn’t have been elected if not for his connections in Cook County, Illinois. 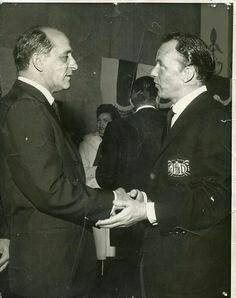 In an extremely tight race, Kennedy needed Illinois to ascend to the White House.

For the next 18 months, Judith Exner served as the President’s personal liaison between the mob. “I thought I was in love with Jack. He trusted me and I was doing something important for him,” Exner told People in 1988, “I was 26 years old, and I didn’t have any great purpose in my life. That’s probably why I became so involved in doing this, and did it with such gusto. I guess I felt I was doing something important.”

The relationship between Judith Campbell Exner and John F. Kennedy grew strained as the FBI began to sniff around their dealings with the mob.

Exner realized that she was being followed. Acting FBI Director J. Edgar Hoover was on assignment by Kennedy’s brother, Robert F. Kennedy, attorney general, to clamp down on organized crime. It’s not really known whether RFK knew that JFK had a relationship with mob-boss Sam Giancana. But in any case, Hoover investigated Giancana, and eventually implicated Exner.

The relationship between Kennedy and Exner petered out amidst the investigations. She fell in a romantic relationship with Giancana briefly, but when he proposed, Exner put an end to it.

It was just a year following this drama that on November 22, 1963, JFK was assassinated. 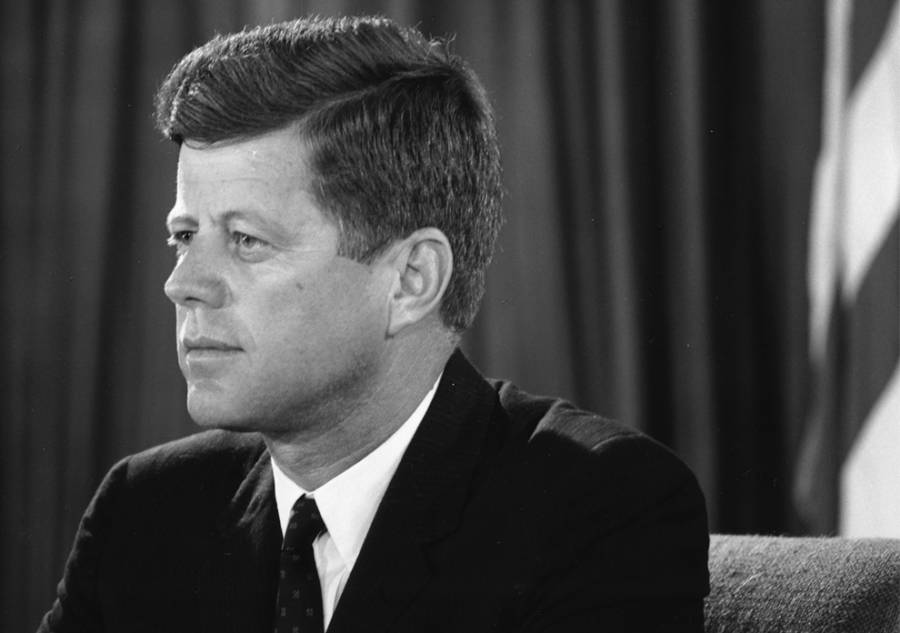 Exner fell into a profound depression. She attempted suicide, gave birth to an illegitimate son whom she gave up for adoption, and continued to be hounded by the FBI.

Eventually, she fell in love again with golf-pro Dan Exner. They married. But then in 1975, Exner was subpoenaed.

No one knew of Exner’s role in the Kennedy affair until this time. That was when a Senate committee demanded to know her role in certain covert operations involving the White House as they had White House phone logs revealing her contact with the president.

She told the committee she had an extramarital affair with Kennedy. She also said that she had ferried secret envelopes between the president and Giancana for 18 months.

Exner subsequently published a tell-all book in 1977 called Mafia Moll: The Judith Exner Story, The Life of the Mistress of John F. Kennedy. She alleges many publishers turned her down for fear of government reprisals and she told People magazine she kept the affair secret because she thought she would be killed. And with good reason. 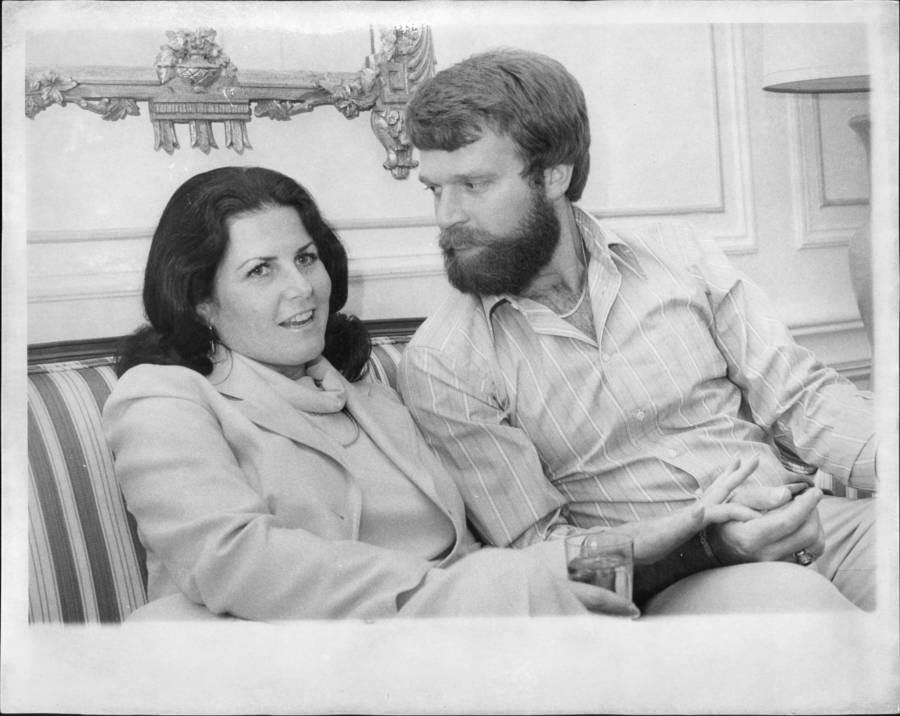 Just before he could also be subpoenaed, Sam Giancana was murdered — shot seven times in the head in his own kitchen.

“I kept my secret out of fear. Look what happened to Jack, and to Sam, who was murdered in his house while under police surveillance.”

In a video interview with ABC’s 20/20, Judith Exner explained more of her story as she suffered from terminal breast cancer. She wanted people to know her truth before it was too late:

No one believed her story at first, and the Kennedy estate repeatedly denied her accusations. She was, after all, the first woman to come out about Kennedy’s indiscretions. The public vilified her testimony.

But historians take a different view. Judith Campbell Exner’s descriptions of the White House’s interior and its procedures, coupled with interviews with Secret Service agents, seem to corroborate Exner’s story that she had insider information on Kennedy and that she had served as his courier between the mob and himself.

While dying, Exner confided in an interview: “I don’t think I should have to die with the secret of what I did for Jack Kennedy, or what he did with the power of his Presidency. I feel that I am finally free of the past.”

“I feel my life has been so invaded, that I would have to tell something so personal,” she continued, “The worst thing I did was fall in love with a married man.”

That man happened to be the president of the United States who fell victim to an assassination that remains a mystery.

After this look at Judith Exner and the affair that marred Kennedy’s legacy, take a look at this Kennedy assassination conspiracy theory about an umbrella-wielding man, or view this piece on the many skeletons in the Kennedy family closet.