The bright green flower Fritillaria delavayi has been harvested by humans for medicinal purposes for the last 2,000 years. Now, it's turning brown in order to camouflage. 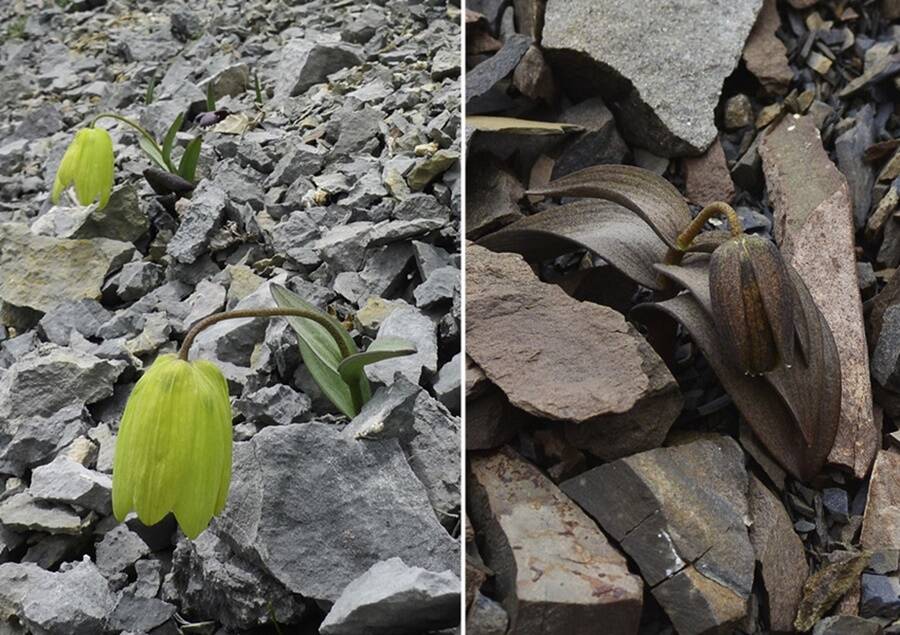 Niu et alFritillaria delavayi has scientists wondering what other plants may have been forced to change their coloring in order to avoid humans.

In China, one hillside-growing plant has long been harvested to make traditional medicine. But a new study has found that the plant may have evolved in order to camouflage itself from humans.

According to Live Science, researchers studying the Fritillaria delavayi, a greyish-brown plant that produces a green flower every five years, have discovered that it is gradually losing its bright mature coloring in exchange for a more subtle hue. The researchers think that this is a defense mechanism that the plant has developed in order to hide from the hands of humans.

“Like other camouflaged plants we have studied, we thought the evolution of camouflage of this fritillary had been driven by herbivores, but we didn’t find such animals. Then we realized humans could be the reason,” said Yang Niu, a co-author of the study.

F. delavayi grows amid the rocky landscape of China’s Hengduan mountains and parts of Nepal. The plant’s bulb is believed to have properties that can treat coughs and other respiratory illnesses.

However, this recent study has shown that some populations of the plant appear to be keeping their juvenile grey-brown coloring as a way to blend in with its rocky surroundings, thus remaining out of sight of pickers. 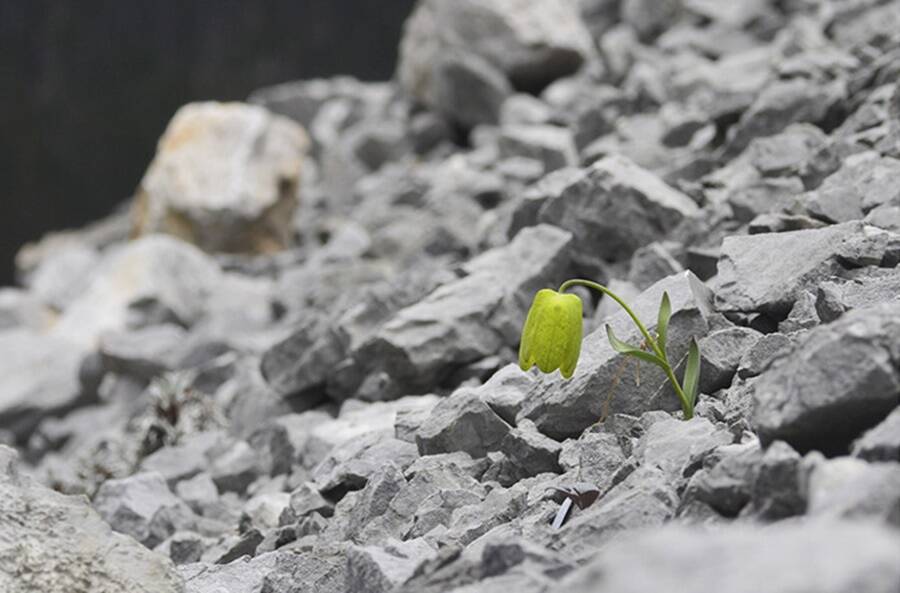 Niu et alThe green petals are much easier to spot against the rocks than the brownish ones.

Researchers investigated the plant’s shift in coloration by interviewing locals about which areas were most harvested. Then they examined records that counted the annual weight of bulbs harvested in the last five years. A computer-based experiment confirmed that the green-colored plants were a lot easier to detect by collectors compared to the grey-brown varieties, especially against the rocky background.

The study shows that the plants which stick to their dark coloring are also located in the most heavily harvested areas, suggesting a direct correlation between the plant’s coloration and human intervention.

“It’s remarkable to see how humans can have such a direct and dramatic impact on the coloration of wild organisms, not just on their survival but on their evolution itself,” said co-author Martin Stevens, a researcher from the Center for Ecology and Conservation on Exeter’s Penryn Campus in Cornwall.

“Many plants seem to use camouflage to hide from herbivores that may eat them – but here we see camouflage evolving in response to human collectors.” 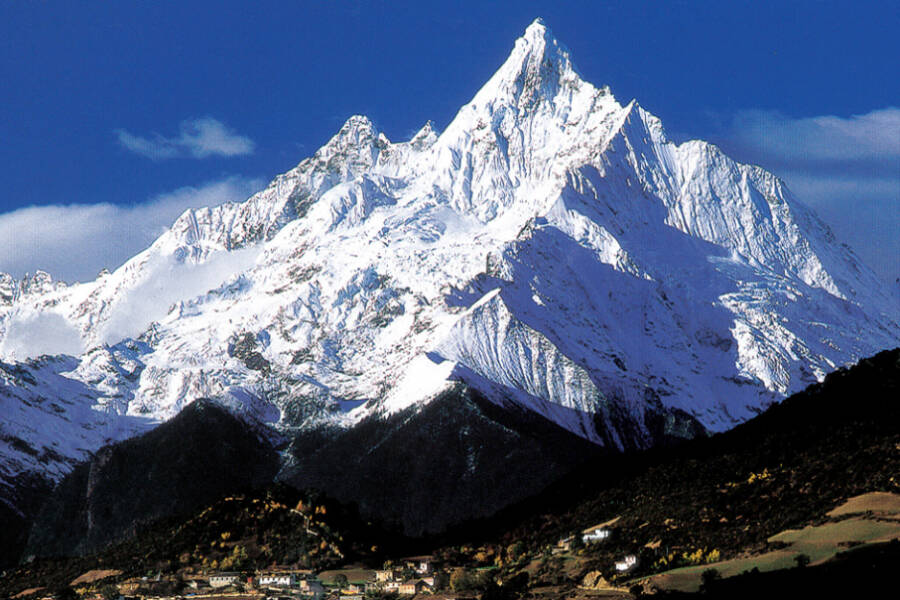 Wikimedia CommonsThe medicinal plant grows on the hillsides of China’s Hengduan mountains and parts of Tibet.

The plant has been used for medicinal purposes for over 2,000 years and its increasing value has made it an even more sought after commodity, fueling an increase in its harvesting.

It also takes 3,500 individual flowers to produce one pound of the medicinal powder made from the plants, as such, it is a heavily-harvested plant. It is also valuable, costing about $218 per pound.

The study is a damning piece of evidence about the extent of the impact that human activity has had on our planet.

Scientists in the study are awed by how our footprint on Earth has been consistent and large enough to influence an organism’s evolutionary adaptation. There could be many more examples of this that we have yet to learn about, as well.

“It’s possible that humans have driven the evolution of defensive strategies in other plant species,” Stevens continued, “but surprisingly little research has examined this.”

The research project on F. delavayi was a collaboration between the Kunming Institute of Botany (also known as the Chinese Academy of Sciences) and the University of Exeter. It was published in the journal Current Biology in late November 2020.

Now that you’ve learned how the high-volume harvests of a medicinal plant have influenced its survival strategies, read about the three-toed skink’s versatile reproductive method. Then, learn how the Aldabra railbird went extinct — then re-evolved back into existence.