Three-toed skinks are among a handful of species that can lay eggs and bear live young. But they might be the only ones to do both in a single litter. 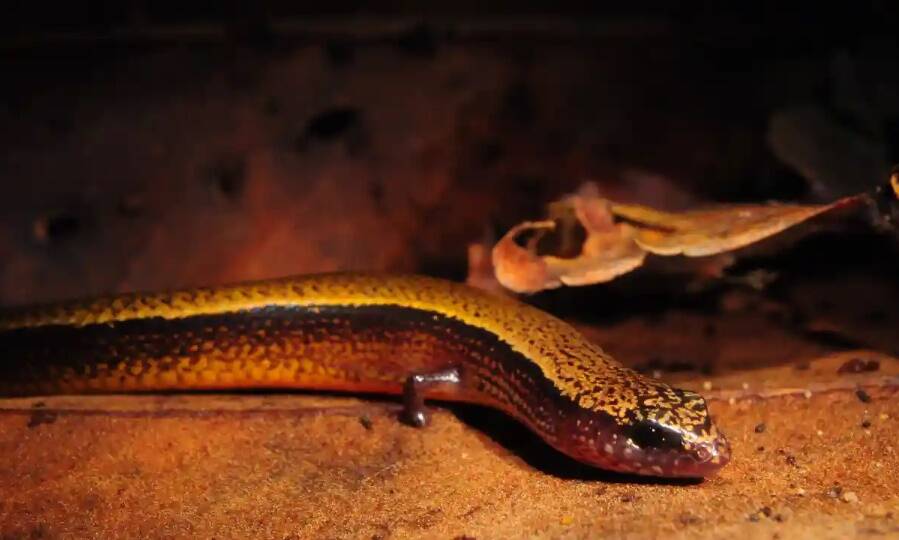 Nadav Pezaro/Australian GeographicResearchers observed a three-toed skink lizard give birth and lay eggs within the same litter for the first time.

Upon first glance, it is clear that the three-toed skink or Saiphos equalis is an unusual creature. Not only does the small reptile look like a cross between a salamander and a snake, but this native Australian species may still be evolving.

According to VICE, researchers observed a three-toed skink mother that laid an equal number of eggs and birthed live young in the same litter, the first such instance ever known to scientists.

In their study, researchers suggested that this extraordinary versatility in three-toed skinks could be a sign that it is in the midst of evolving before our eyes.

“We don’t know which ‘direction’ evolution is taking,” said co-author Camilla Whittington, an evolutionary biologist at the University of Sydney. “In some environments, egg-laying might be more advantageous than live-bearing. In that situation, we would predict that egg-laying would persist.” 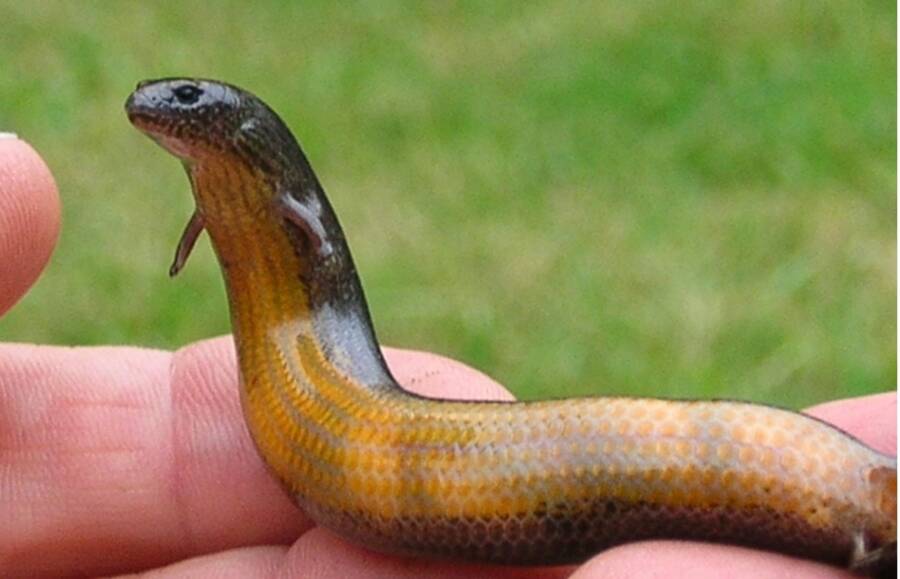 Rebecca A. Pyles/National GeographicThree-toed skinks may be evolving right in front of us, scientists say.

The study, which was published in the journal Molecular Ecology in early March 2020, described the brown-colored lizard species as an “intermediate form” between egg-laying animals and those that give birth to live young.

Three-toed skinks are one of a handful of species capable of bimodal reproduction, which means that their species is known to lay eggs, called oviparity, and can also give birth to live young, known as viviparity.

Previously, the researchers had already posited in Biology Letters that three-toed skinks may employ “facultative oviparity,” which is to say that they use whichever method of reproduction is most advantageous depending on their environment or other factors.

This is consistent with different three-toed skink populations in Australia. So far, it appears that populations living in Sydney’s metro area typically lay eggs while the populations inhabiting the highlands of New South Wales, where the environment is cooler and wetter, usually give birth to live offspring.

It is a stunning show of high-level adaptation and possibly, as Whittington and her colleagues suggest, a display of evolution as it happens.

“There’s a prominent evolutionary hypothesis called the ‘cold-climate hypothesis’ that states that live-bearing might be advantageous in cooler climates, and the distribution of these lizards seems to fit that prediction,” Whittington said. 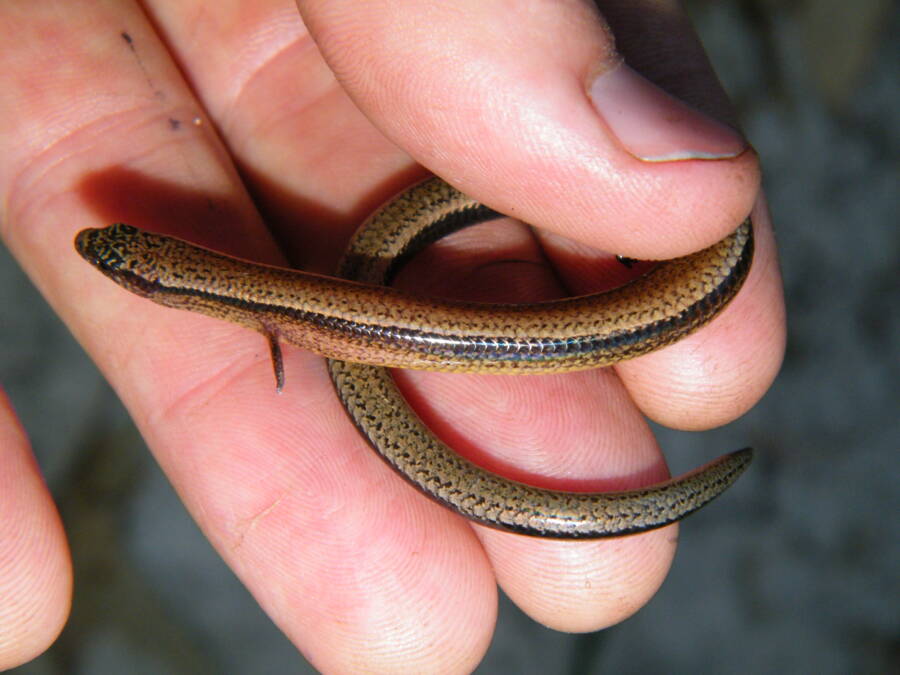 Wikimedia CommonsIt’s unclear which direction the change in their reproduction method will take since these lizards are highly adaptable.

“However, there is so much about the biology of these lizards that is still a mystery that we can’t say for sure yet — which is why we are continuing to work on this species.”

Historically, in terms of evolutionary transitions from oviparity to viviparity, there have been at least 150 known occurrences of such evolutions among vertebrates. The earliest animal species were egg-layers that depended on a larval stage of embryonic development outside the parent’s body.

Then, over hundreds of millions of years of evolution, that method of procreation changed. Some animals began to develop their embryos inside of their bodies, a shift in reproduction that has both pros and cons depending on a bevy of factors for species.

So, does that mean the bimodal reproductive species of the three-toed skink will eventually become completely viviparous? Well, scientists can’t say for sure since the way of species evolution isn’t exactly predictable.

The embryos of the three-toed skink when they lay eggs are relatively well-developed even before the eggs are popped out of the mother, which could suggest that the lizard species may be showing signs of evolving toward a viviparous state.

But the species could still hold on to its egg-laying abilities — even after turning viviparous — if conditions prove to be more advantageous to laying eggs.

“We predict that ‘reversals’ from live-bearing back to egg-laying might even be possible,” Whittington explained, “because of the similarities in gene expression of egg-laying and live-bearing three-toed skinks.”

No matter which way these fascinating lizards go, they will still be winners in the game of survival.

Next, read about the discovery of a 95-million-year-old skull from an ancient snake that had hind legs and take a look at 16 fascinating photos of real two-headed animals found in nature.