While stumbling upon gallon-sized jars of human remains on a routine inspection sounds horrifying, the true story is...less so. 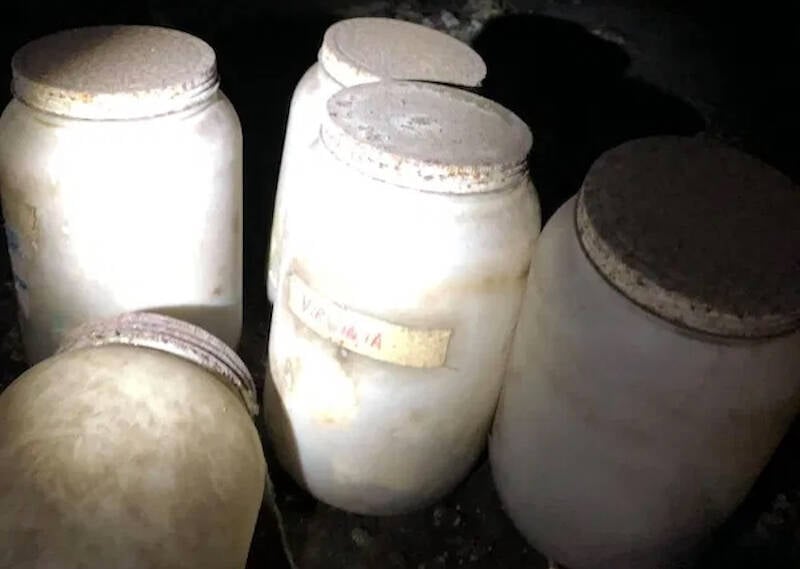 RedditThe preserved remains of an infant were found in one of the jars.

What was supposed to be a routine inspection of a Gainesville, Florida home quickly turned into a macabre police investigation when jars of human remains were found in the crawlspace.

The inspector was so horrified he shared the discovery on Reddit, which included at least six gallon-sized jars of body parts floating in formaldehyde.

According to Metro, chief among these body parts were human tongues.

“I discovered 8-10 plastic jars,” the inspector wrote on Reddit. “I looked at them and noticed masking tape with a single name on each. First names. Human names like Angela, Heather, Virginia, etc. I was going to continue the inspection, but…those first names didn’t sit right with me.”

The jars also had dates written on them, which helped authorities to rather quickly find a lead. The home’s previous owner was Dr. Ronald Baughman, a University of Florida (UF) researcher and professor.

His studies across the 1970s and 1980s included research on oral cell carcinoma in the tongues of identical twins. Naturally, police had some questions for Dr. Baughman — who claimed he simply forgot the work-related samples before moving out.

An ABC Action News segment on the shocking discovery.

According to Daily Mail, the doctor claimed that the contents of these jars were part of his research on thyroid conditions. The reason for such an ominous storage place was that the specimens had to be kept in cool conditions.

In contrast to the doctor’s nonchalance about the whole affair, the inspector was traumatized by what he saw.

“I went back and found that one jar was rusted through the top,” he wrote. “Inside I saw a plastic bag and immediately what looked like small bones. I removed the bag and almost immediately realized it was actually a small infant child.”

“Her first name was written on the exterior. The details of her little face were still very much preserved.”

Dr. Baughman explained that he simply forgot the remains gathering dust under his house after he divorced his wife and moved out in 1992. Court records showed that he barely took anything from that house at all — just a stereo and an oak bookcase.

His ex-wife, however, has remained in the house ever since. Eager to renovate parts of it, she contacted an inspector to get a proper assessment. That’s when the gruesome discovery was made. 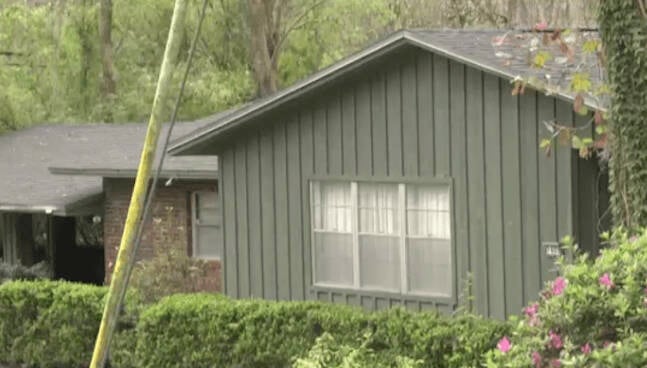 WCJBThe doctor’s ex-wife was renovating her home and needed an inspector to gauge the house’s foundation. That’s when he found the jugs of human remains.

Dr. Baughman said the samples all originated from facilities in Virginia, Illinois, and Indiana and had them in his possession even before he was hired as an assistant professor of oral medicine at UF in 1971.

It may seem odd now, but regulating this kind of material simply wasn’t as stringent in the ’70s. Jorge Campos of the Gainesville Police Department explained:

“In the modern-day, these specimens are heavily regulated…back in the ’60s and ’70s those protocols probably were not as strict,” he said. “It was a cool area for the stuff to be preserved, but with the work he was doing at UF he never got around to it and forgot they were underneath the home.”

A spokesperson for UF named Steve Orlando explained that today’s policies are indeed much more strict. From state and federal laws down to university policies, taking human remains home is staunchly prohibited. In the end, Dr. Baughman never even used these samples for his studies anyway, as he was buried with other work. 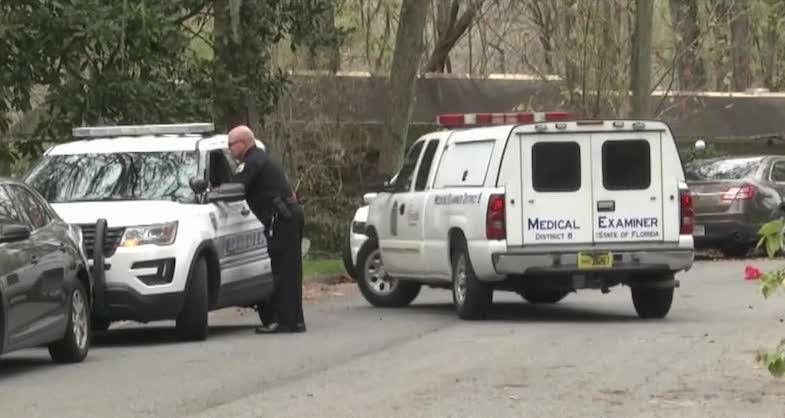 YouTube/ABC Action NewsPolice suspect no foul play, but are ensuring that the remains were, indeed, intended for study.

As it stands, investigators are trying to identify to whom the remains belong and to guarantee that there was no foul play involved.

Campos is fairly confident that there was no foul play here, as he saw “no indication that they [Dr. Baughman] were trying to hide anything…or be deceptive.”

In the end, the real scare in this story belongs to the inspector. His day began with a creepy look through a dark, cob-webbed crawlspace. Armed with nothing but a flashlight, he encountered gallon-sized jugs filled with dead people’s body parts.

If that doesn’t warrant immediately writing a lengthy Reddit post (and contacting the police), we’re not sure what does.

Next, read about workers in Britain discovering the grisly remains of Roman-era human sacrifice victims. Then, read about some feral cats breaking into a body farm to feast on human remains.