When Nick and Bobbi Ercoline traveled to Woodstock in 1969, they had no idea they were about to become one of the most famous couples of the hippie generation. 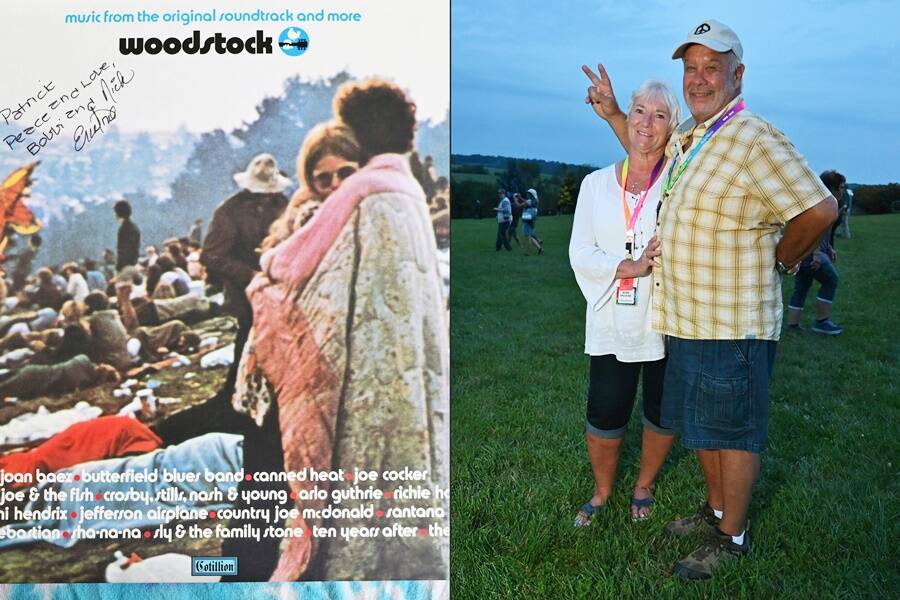 Angela Weiss/AFP via Getty ImagesBobbi and Nick Ercoline are the couple that became famous after gracing the cover of the Woodstock album.

When Nick and Bobbi Ercoline headed to Woodstock in 1969, they were just a couple of young kids in love. But a tender moment shared between the two was captured on camera and ended up on the festival’s album cover — introducing their relationship to the world.

Now, 50 years since the legendary festival happened, Nick and Bobbi Ercoline are still in love. This is their heartwarming true story. 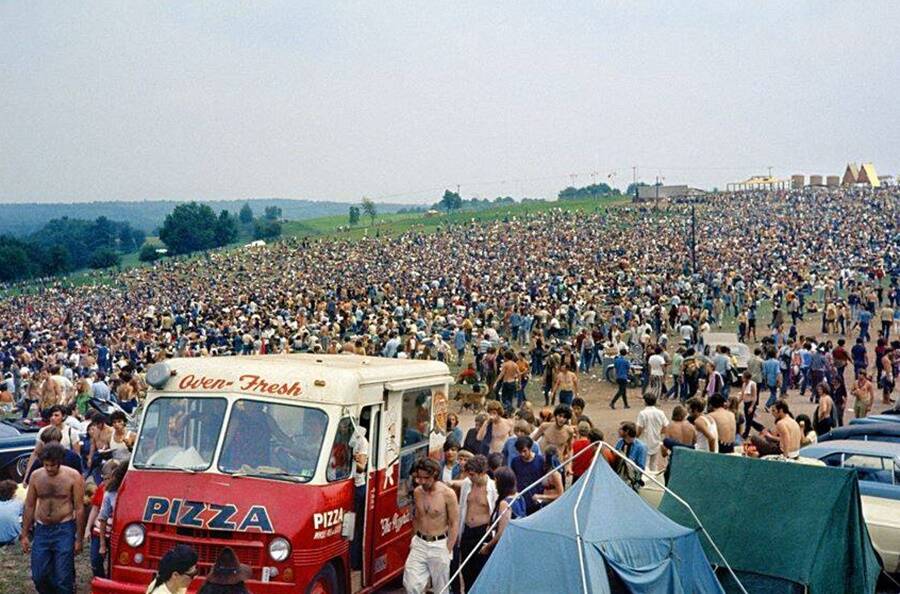 Elliott Landy/Magnum PhotosHundreds of thousands of young music fans descended on the town of Bethel for the Woodstock festival in 1969.

A little over 50 years ago, Nick Ercoline and his girlfriend, Bobbi Kelly, heard about a new upcoming music festival called Woodstock. The festival later became one of the most legendary music events of all time, courtesy of the American counterculture of the 1960s.

Woodstock was a three-day outdoor affair held between Aug. 15 to 18 in 1969. The festival featured an impressive roster of musical talent, among them Santana, Richie Havens, The Who, Janis Joplin, Joan Baez, and Jimi Hendrix, to name a few. 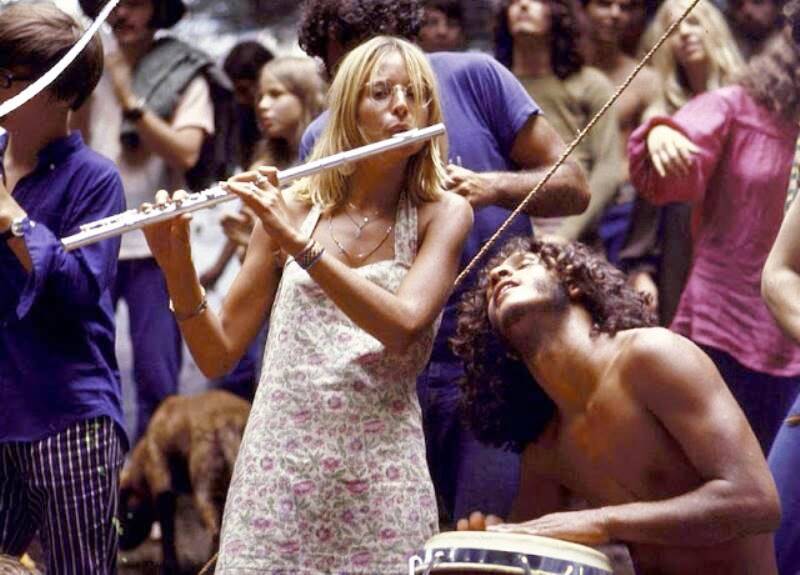 Getty ImagesConcertgoers danced, mingled, ate, and lit up during the Woodstock festival.

Woodstock’s organizers had initially prepared for a crowd of about 150,000. But the number of concertgoers at Woodstock ballooned to at least 400,000 people, who were mostly young anti-war music fans.

The unprecedented crowd cemented Woodstock as one of the most celebrated festivals in pop culture history.

But before the crowds amassed on a farm in Bethel, New York, where the festival was held, nobody knew how monumental Woodstock was going to be — not even Bobbi and Nick Ercoline, who have since become an emblem of the festival’s famous hippie reputation.

At the time, the young couple had just been going out for just 10 weeks and, hearing news about the upcoming festival, thought it would make a cool date. So, along with their friends Cathy Wells, Jim “Corky” Corcoran, and Mike Duco, the couple made their way to the festival in Corcoran’s mother’s 1965 Impala station wagon.

Woodstock turned out to be a rougher experience than they expected. Still, being part of a watershed moment of music made the hardships of the outdoor event — which was riddled with insufficient facilities and poor management on the organizers’ part — made it all worthwhile.

“Water was intermittent, sketchy. Food was sold out Friday night. The weather was absolutely awful,” Bobbi recalled. “And 450,000 people gathered here and not one incident of violence. That’s pretty amazing. The world needs more Woodstock.”

But the two had no idea that they would be tied to the festival forever. 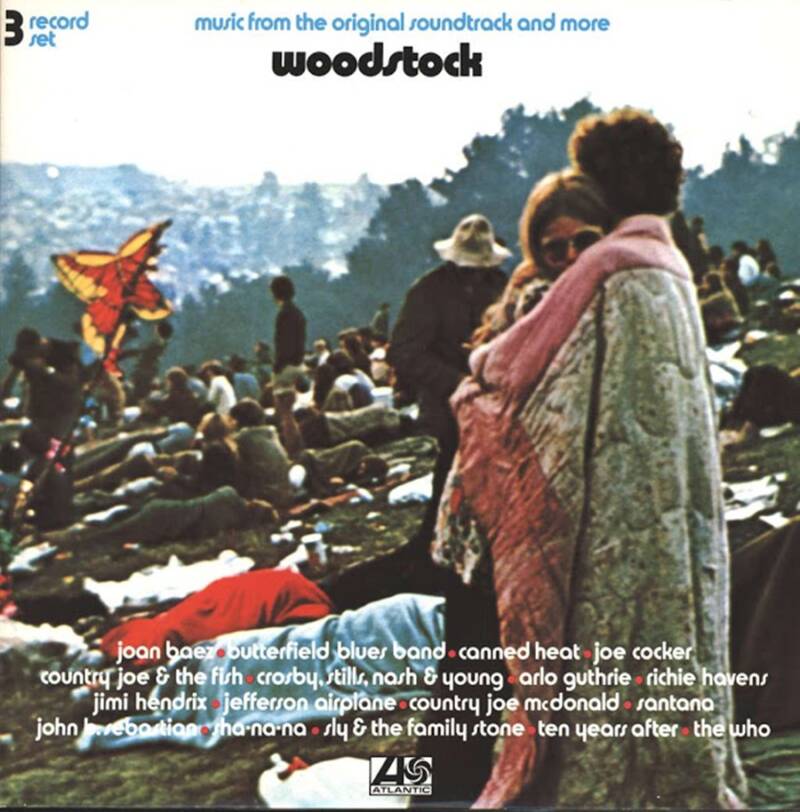 Cotillion RecordsBobbi and Nick Ercoline, who were just dating back then, never knew they’d end up on the Woodstock album cover.

The couple, still together after 50 years, barely remembers their famous snapshot moment at Woodstock.

“Just getting up in the morning, standing up, giving my girlfriend a hug,” Nick recalled of that morning decades ago. “I don’t even remember the picture being taken honestly.”

Unbeknownst to the couple, a photographer named Burk Uzzle captured their intimate moment during one of the festival’s hazy mornings. Bobbi and Nick didn’t find out about their famous photograph until a year later while they were listening to the Woodstock album with a group of friends. 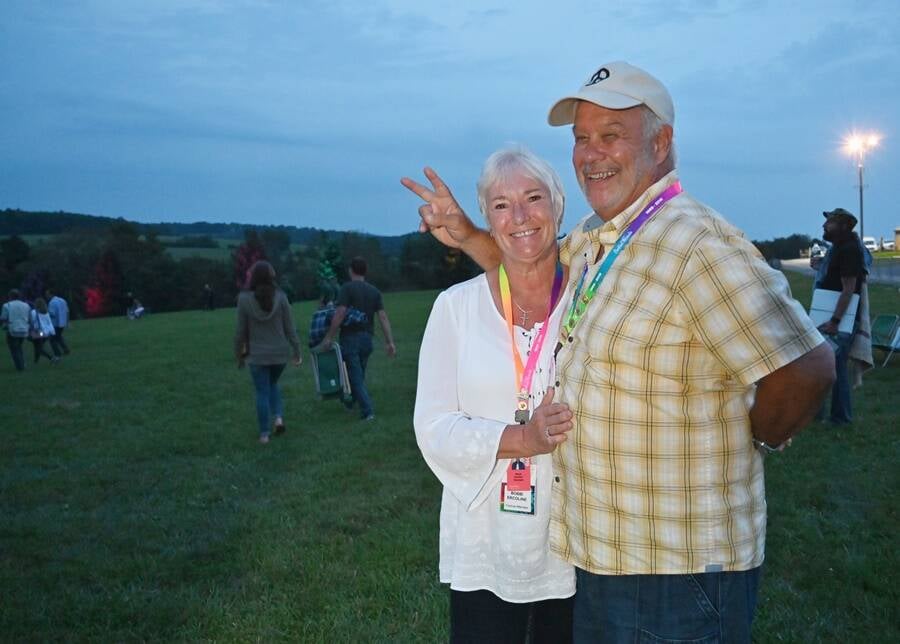 Angela Weiss/AFP via Getty ImagesBobbi and Nick Ercoline, the couple featured on the Woodstock album, pose on the festival grounds 50 years later.

The success of the Woodstock album made the cover-gracing couple an enduring symbol of the concert, which ran without much violence except for two fatal accidents.

When they saw themselves on the festival’s music album cover, Bobbi and Nick Ercoline couldn’t believe their eyes. The couple’s claim to fame as “the Woodstock album couple” catapulted them into the American music canon. Although the couple doesn’t remember much from that day, Burk Uzzle, the photographer who shot them, recalls the moment vividly.

According to Uzzle, Gracie Slick of Jefferson Airplane was singing as festival goers began waking from their slumber. 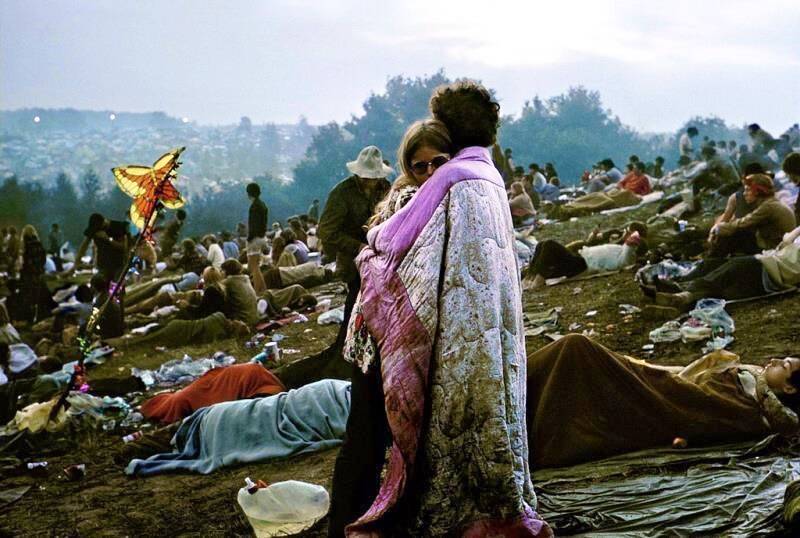 “And just magically this couple stood up and hugged,” Uzzle told Smithsonian Magazine in a 2009 interview about the famous shot. As he watched the young lovers kiss, exchange a smile, and melt into a warm hug, Uzzle began clicking his camera.

“I just had time to get off a few frames of black and white and a few of color, then the light was over and the mood was over,” said Uzzle. The photograph is still his most recognizable work to this day. 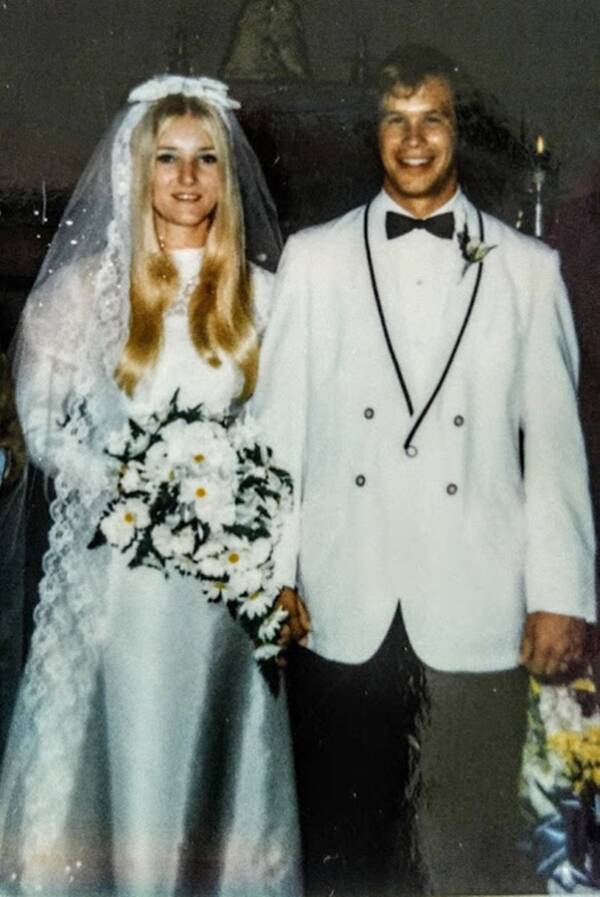 Bobbi and Nick ErcolineNick and Bobbi Ercoline got married two years after Woodstock.

Shortly after Bobbi and Nick became known as “the Woodstock album couple,” the two officially wed in 1971. Bobbi worked as a school nurse while Nick became a union carpenter, and they had two children.

They had all but forgotten about their famous photograph until Life magazine contacted them for an article in 1989, the 20th anniversary of the iconic Woodstock festival. The couple lamented the disappointment some of the festival’s fans might feel.

“After hearing our story, I think some people are disappointed that we were not… ” Bobbi said, her words trailing off.

“That we were not out-and-out flower power and revolution,” Bobbi finally said. “I was just a country girl. He was just a two-job college student.” 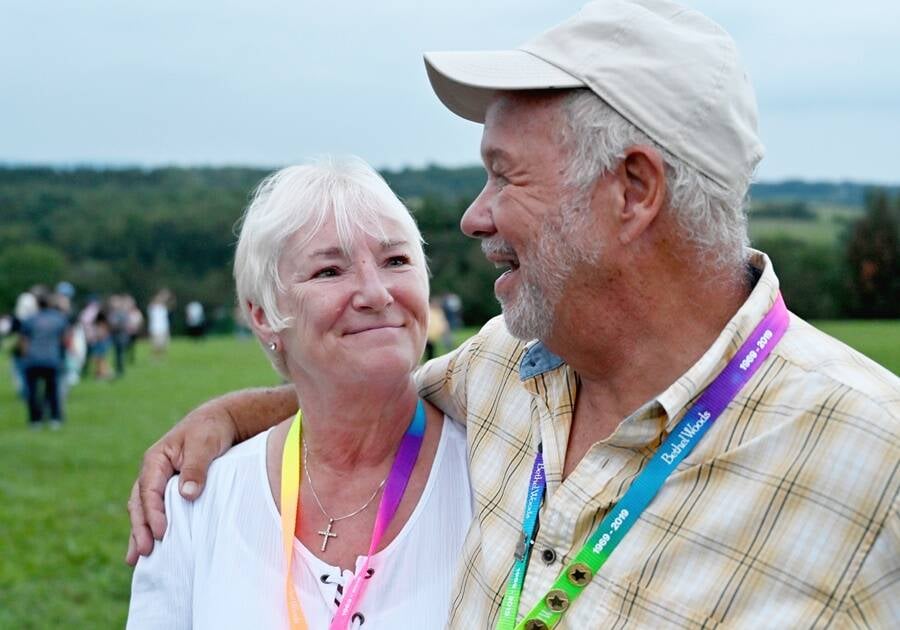 Angela Weiss/AFP via Getty ImagesBobbi and Nick Ercoline are both retired now and still going strong.

The two are now enjoying retirement together as part-time guides at the Bethel Woods Museum. They live in Pine Bush, New York, which is less than an hour away from the site of the festival.

To this day, as the couple’s bond remains stronger than ever, Bobbi and Nick’s photograph is cherished by music history fans from all over.

“It symbolizes that love and togetherness of the festival,” said Wade Lawrence, the director of the Bethel Woods Museum. “We’re really lucky that Nick and Bobbi are still around to share their story with us.”

Despite the lingering misconceptions, the Woodstock album cover photo has conjured up about the married couple, the photograph has a special place in their hearts — and in their home. A poster-size version of Uzzle’s iconic photo hangs above their breakfast table.

“I look at it every day,” Bobbi said. “I met Nick, we fell in love and it was the beginning of my best life.”

Now that you’ve read about the real-life Woodstock album couple Bobbie and Nick Ercoline, discover the story of the Altamont Speedway Free Concert, the West Coast version of Woodstock that turned deadly. Then, brush up on your history of the 1960s hippie movement that changed America.